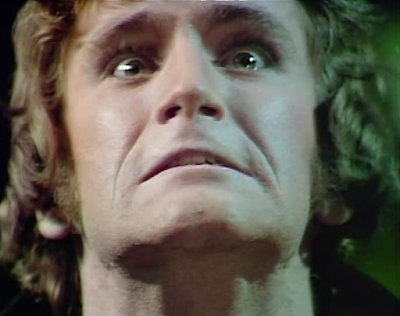 With a small cage in hand, Jeb searches the graveyard and finds the grave of Richard Fairbanks, who was hung for the murder of his wife and children 200 years ago. Jeb calls to the dark spirits of the underworld. He calls for an avenger to strike down Barnabas Collins, enemy of the Leviathans. He opens the cage and a bat flies towards him. It flies into the cage and he closes it. Jeb says, "After you, Bat of Hell. You're going to meet Barnabas Collins." 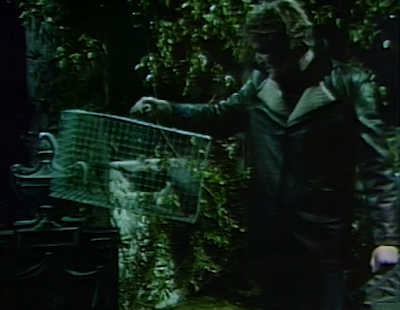 Barnabas tells Julia that he has seemingly reconciled with Jeb. He then mopes about Josette, wondering if his moving against the Leviathans will mean terrible torture for her. 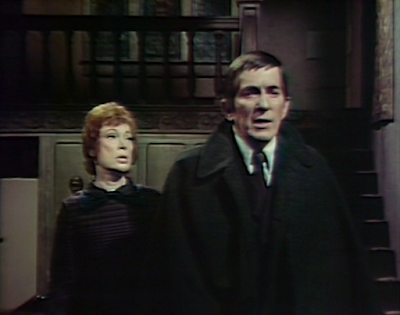 Jeb returns to the antique shop with Bat of Hell. Philip is inventorying merchandise, and says that a bird cage is missing. Jeb says he needed it. Philip asks what's in it, and then assumes it's probably something to make someone die. Jeb says Philip always has the wrong idea. 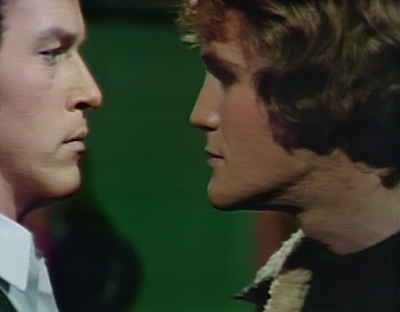 Barnabas tells Julia that the Leviathans know how to use their human feelings against them. He says that there's only one way to fight them. He says they must contact Josette's spirit to find out the truth. Julia says only Maggie is in the house, and he says that her psychic strength may help them. 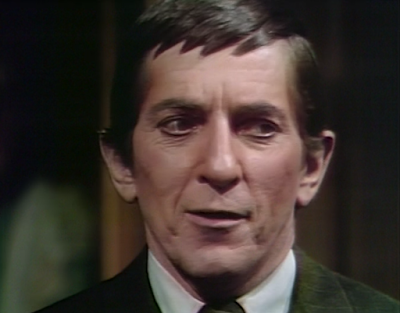 Barnabas leads a seance with Maggie and Julia. He calls for Josette to join them. She speaks to them through Maggie. Barnabas asks her if the Leviathans were guarding her, and she says she knows of no Leviathans. He asks her how she died, and she says she took poison when he did not come to meet her. He asks if she's saying that to free him to fight the Leviathans, and she reiterates that she knows no Leviathans. She tells him to come to her grave tonight and she will show him. 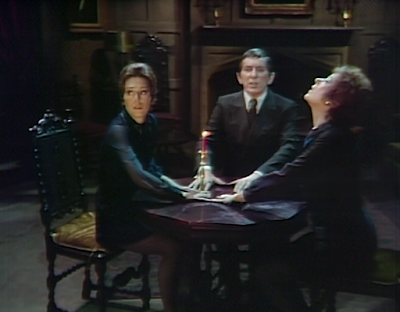 Maggie then passes out. Julia slaps her back into consciousness. She asks what happened, and if they reached the girl. Barnabas says that they did, and if she can help them, they will move against them immediately. He says their first goal will be to destroy the Leviathan box, which will prevent them from turning anyone else. 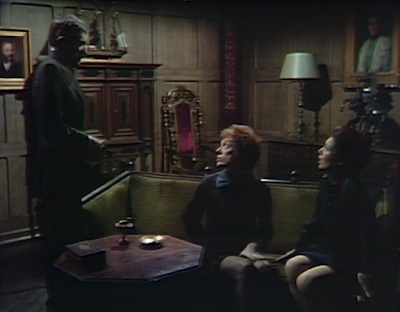 Carolyn comes in and finds them all in the dark. She turns on the light and picks up the phone. Barnabas asks who she's calling, and she asks if she can keep any secrets. She calls Jeb and tells him he has an unused date. After she leaves, Barnabas says that with Jeb busy with Carolyn, they can go about their plan. 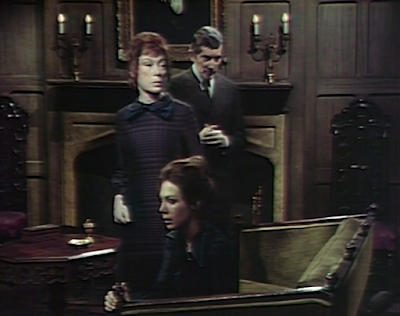 Maggie arrives at the antique shop. Jeb asks what she's found out about Barnabas. She says she hasn't found anything, and she thinks he doesn't trust them. Jeb says he doesn't think he trusts her. Philip tells Jeb that Carolyn is waiting for him. He forgets about Maggie and leaves. Maggie tells Philip that Barnabas wants to meet him, and he's not to tell Jeb. Philip says he understands completely. 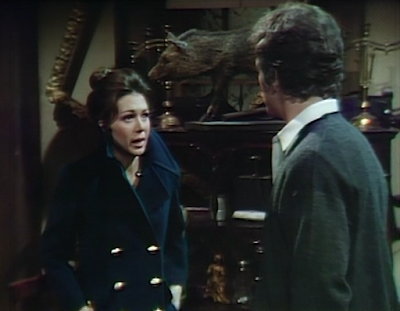 Philip meets Barnabas in the cemetery. He says that Jeb accused him of being weak. He says he promised to keep an eye on Barnabas, and report back if he thinks he's as  loyal as he should be. Barnabas says he should go to Jeb and report how Barnabas has plotted against him. Philip stops him and says that he is not a strong Leviathan. Two murders and what he's done to Megan are his reasons for hating the Leviathans, and wanting to fight them. Barnabas says his part will be dangerous. He needs him to steal the Leviathan box from Jeb's room. He agrees to do it, to get back for all the stealing Jeb has done from him. 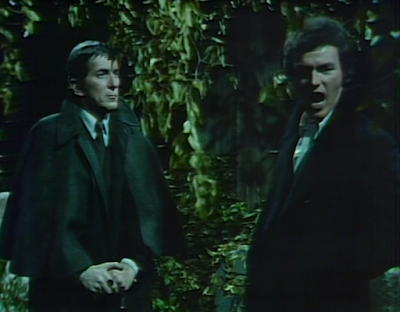 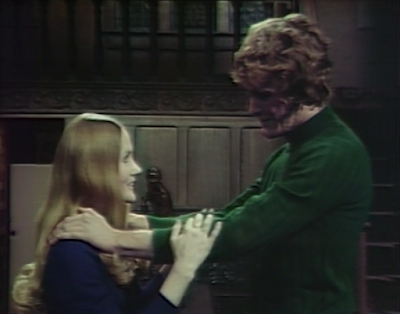 Barnabas goes to Josette's grave. He hears her music box, and Josette appears to him. She says he asked if the Leviathans hold her prisoner, and she says they do not. She says that he does, as she holds him, with her love. She says the time has come for them both to go free. She says she belongs to the past, and he has a future with someone else. She adds that when he finds that woman, he should give her the ring he gave to her. She gives it to him and disappears. 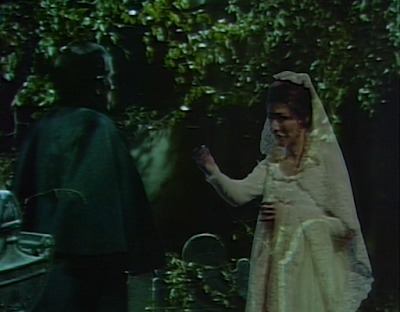 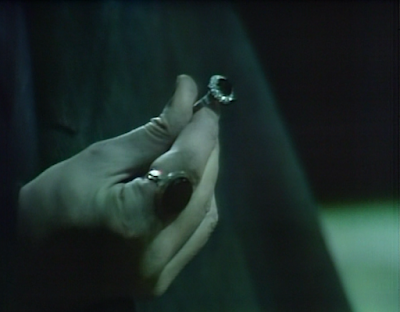 Jeb clutches Carolyn and tells her he always wants her to be with him, to think of him, and to dream of him. She pulls away and says that she did dream about him, and she didn't like it. She says they were in the antique shop, and he told her that he was Michael, and Alexander, and the baby. He had blood on his hands, and she was frightened. He says he's upset that she would think of such a thing. She explains that she didn't cause the dream. 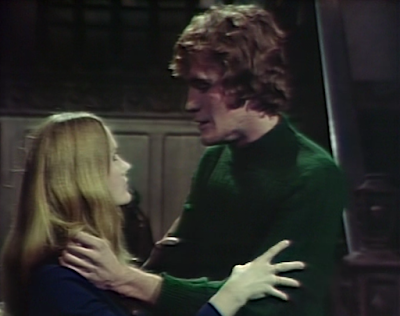 He hears the clock chime, and says they're meeting his friend Bruno at The Blue Whale. She's surprised to hear that someone else is joining them. Barnabas comes in and asks if they're going somewhere. Jeb says they are, and Carolyn says that Jeb is. She explains that she's not interested in meeting someone new tonight and runs upstairs. Jeb leaves, and Barnabas calls the antique shop. He asks if Megan is asleep. He tells him that Jeb is on the way to The Blue Whale, which should give him enough time to do what must be done. 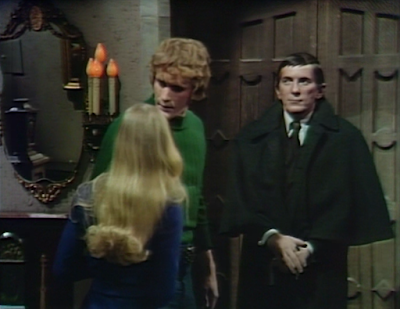 Philip goes into Jeb's room and turns on the light. He looks for the Leviathan box, and finds it in a cabinet. He turns out the light, and leaves the room. He brings it downstairs. Jeb turns on the light and suggests that it's late for him to be going somewhere. 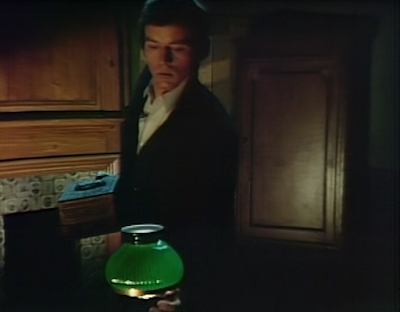 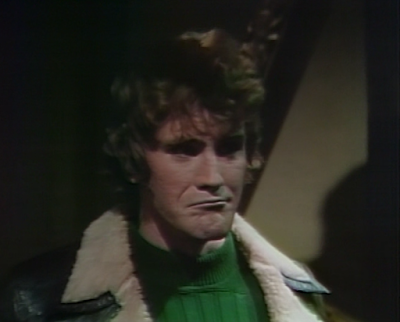 John: I like that our bat puppet has a name: Bat of Hell. That's seven years before Meat Loaf, for anyone counting. My only question, where did it go after he brought it back to the antique shop? It wasn't in his room. Did he forget that he was going to use it to turn Barnabas back into a vampire (and was I the only one who momentarily thought that Barnabas was going to tell Julia he needed to turn back into a vampire in order to fight the Leviathans!).

Christine: Perhaps it was hanging from the rafters in his room where we couldn't see it. I hope he'll decide to keep it as a pet. Why in the world would Jeb want to include Bruno on his date with Carolyn?

John: Break out the Seance tracker! Modeling the latest in seance wear, Maggie and Julia were each dressed all in black. It does seem like they've really mastered the seance—no false starts or wasted time, and no lingering effects on the speaker for the dead. Of course when someone like Josette is willing to appear just about anywhere at any time, one wonders why they need to go through the hassle of a seance anyway...

Christine: Josette used to hang around the Old House all the time back in the day, but now she seems to need an invite to show up.

John: I was liking the notion that Maggie might be a double or triple agent for the Leviathans, and while it's possible that they still might play that card, it's sure seeming like she, like Julia, is immune to their control. Of course, being under their control doesn't mean as much as it used to. One could argue that for Barnabas to turn against them seems reasonable, but if a wet noodle like Philip can turn on the Leviathans, you'd think that anyone could.

Christine: Has Josette finally been put to rest? Will Barnabas now be free to propose to Maggie and break Julia's heart?


This list of Séances can be accessed at any time under Historical Collections on the sidebar to the right.
Posted by John Scoleri at 6:00 AM

What is with all of these losers in Collinsport? First, Angelique curses Barnabas, not just "zoom, you're cursed," nope, has to get a bat to bite him, then have him linger for a week and a half. She could have just been like "boom, you're a vampire again," but no, let's have some screwy dream in Collinsport for ten weeks, and even then it doesn't work. So now, yet again, the Leviathans. Could they just make him a vampire again, or do whatever? Nope, let's do all this bat-summoning and God only knows how long this will take. Take a lesson from Magda: You killed my sister, zing, you're a werewolf. That's how it's done, folks.