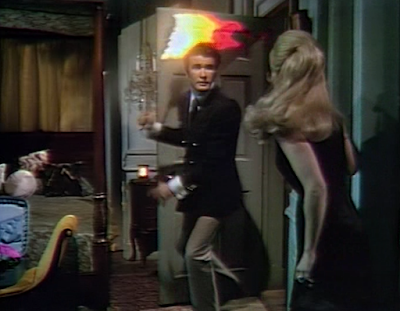 Angelique is in her room packing her things when Sky comes in with a flaming poker. He says he really wanted things to work out between them, but since they can't, he tells her goodbye. She screams and backs away. She tells him that he doesn't know what he's doing. 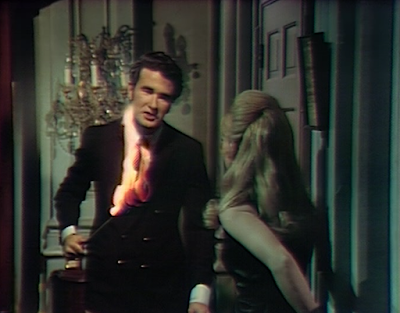 She begs him not to force her to fight him. She picks up a small bust and wraps a scarf around its neck. She tells Sky that Blair didn't tell him about her. She tells him to let her go, and when he doesn't, she tightens the scarf around the bust's neck. Sky clutches his throat, and she tells him to put down the poker. He does, and he asks what she is, and how she did that. She tells him to ask his friend, Nicholas Blair, and pulls the scarf tight, knocking him out. She tells her unconscious husband that she's sorry it didn't work out. 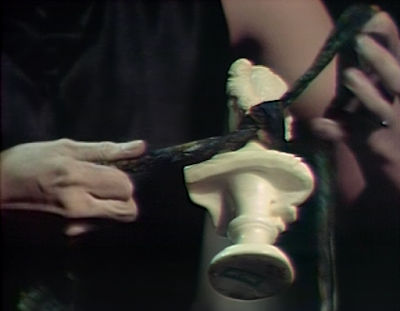 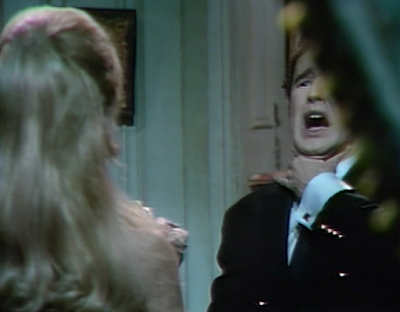 Barnabas waits outside Collinwood for Maggie to come to him. He calls to her, and she appears, asking what he's doing there. She says she was asleep, and then she woke with a feeling she needed to go to the garden. He tells her that he was concerned about her safety, and he missed her. She says she was hoping he would be able to stop the terrible things that happened since Jeb arrived. They hug and he pulls back from her. He offers her something a token of their friendship, and hands her Josette's ring. 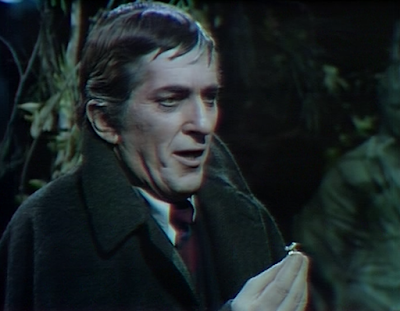 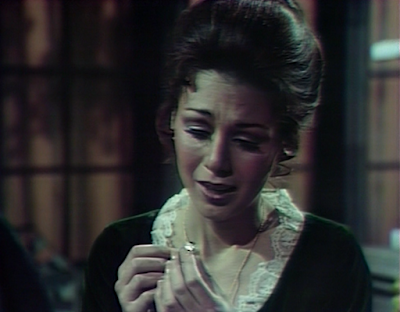 He hugs her again and prepares to bite her neck when Quentin interrupts them. He asks Maggie to excuse them. Barnabas tells her to go inside, and bids her goodnight. Quentin tells him he has to stay away from Maggie, and he says he knows, and can't help himself. Quentin says Julia is having trouble finding Willie, so he'll guard Barnabas during the day. 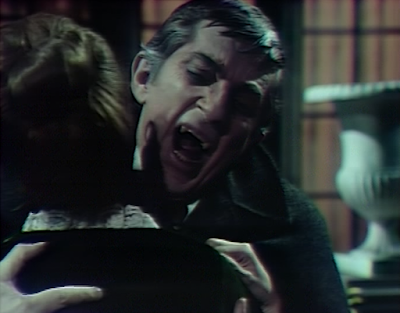 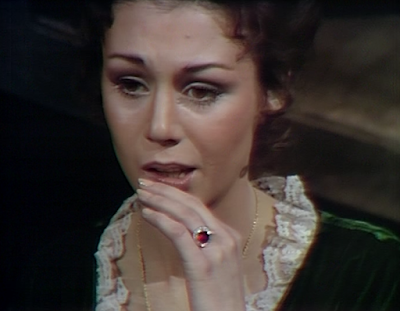 Quentin is asleep in the old house when a knock at the door wakes him. It's Angelique. She tells him to kiss her. He leans in and gives her a quick kiss. She says he used to do better than that. She tells him he looks exactly like he did when she told him goodbye, and he says the same about her. 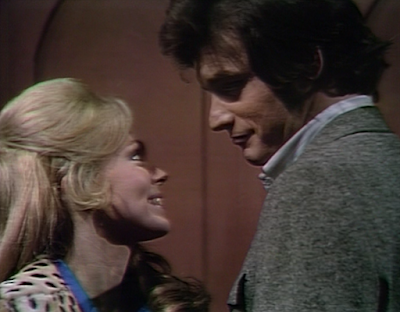 She says she has come to see Barnabas. She says that Barnabas came to her when he found out that it was her husband who betrayed him. She explains that she left her husband, and will never return to him. She says that Barnabas has always been her one true love. Quentin suggests that she go upstairs to rest while she waits for Barnabas to wake. She tells him it's good to be back in the old house, where it all started. She tells him that she'll sleep in Josette's room, and goes upstairs. 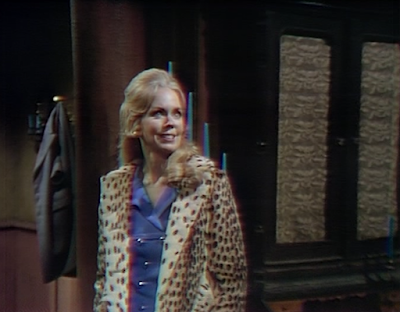 Quentin is reading the paper when there's another knock at the door. It's Angelique's husband. He says he's there to see his wife. Angelique comes downstairs and agrees to see him. Sky asks to speak to her alone, and Angelique dismisses Quentin. 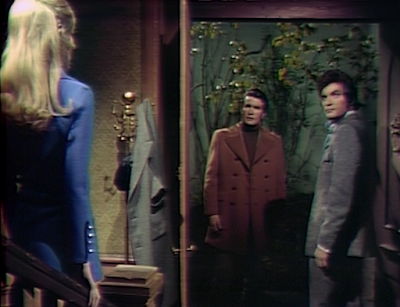 Sky tells her that Blair told him the truth about her. He says he still loves her, and she asks how he can say that after last night. He says it's different now, and Blair agreed to let her come back with him, as long as she's willing to join the Leviathans. She asks him what if she tells him she'll only come back if he becomes his own man again. She tells him to go back and tell his master that the answer is no. Sky says he believes she'll join them one day, and he'll be waiting for her. 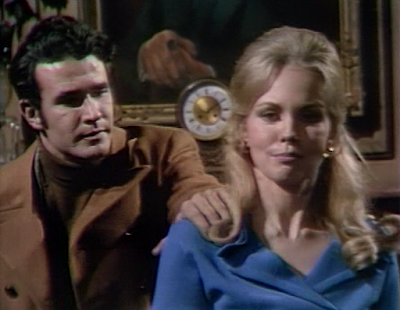 He leaves, and Barnabas comes upstairs. Angelique runs to him and hugs him. She tells him he was right about everything, and she has been a fool. She says that everything that happened to him was her fault. Barnabas says he realizes she didn't do it deliberately, and she says that she did—the first time. She asks if they can start again, saying that they're both outcasts with a chance at a normal life. She mentions Nicholas Blair, and Barnabas is surprised. She mentions that he was working with Sky. Barnabas says he must warn Maggie about Blair. She says he seems awfully concerned about her. 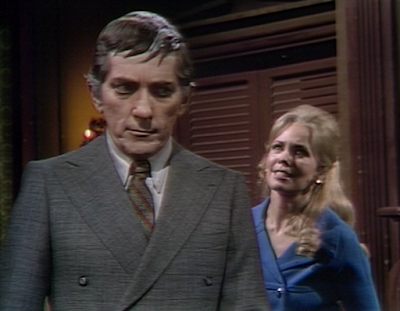 Barnabas tells Maggie that Blair is back, and he's working with Jeb. He says if they find out she's not on the side of the Leviathans, her life will be in jeopardy. He tells her that her life means far too much to him, and hugs her. Angelique watches from the shadows. 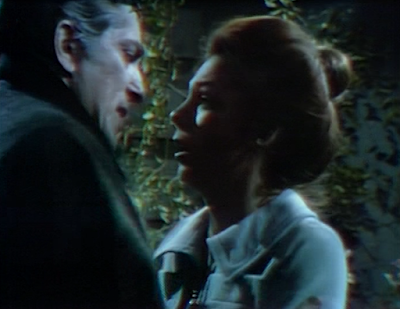 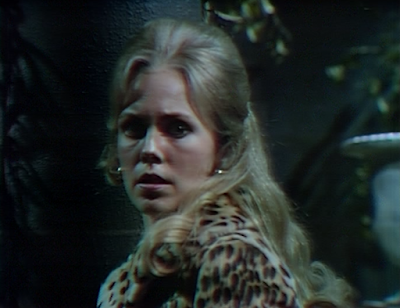 Quentin tells Maggie that she should stay away from Barnabas for her own good—and his. He says the Leviathans are out to kill Barnabas, and they may use her to trap him. 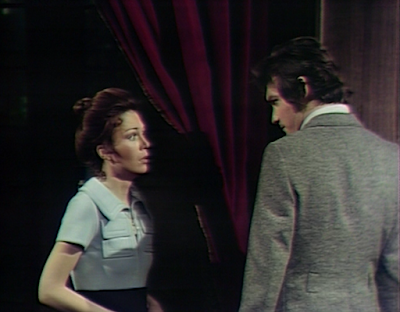 Angelique listens outside to Quentin's conversation with Maggie. Angelique calls upon the powers of darkness to help her. She casts a love spell for those who look into flames. 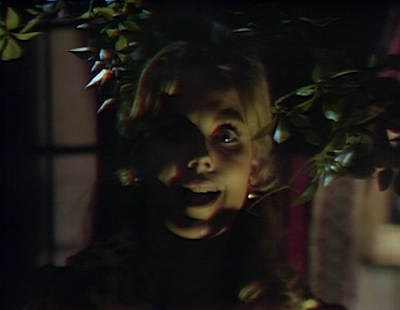 Maggie tells Quentin that she appreciates his concern, but that won't stop her from seeing Barnabas. A fire starts in the fire place, and they both look at it. 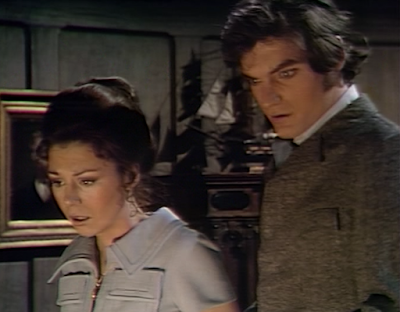 Angelique speaks of their future in the flames—a future that will make them prisoners of their love for each other.

Quentin kisses Maggie. She takes off Josette's ring and throws it into the fire. They kiss again. 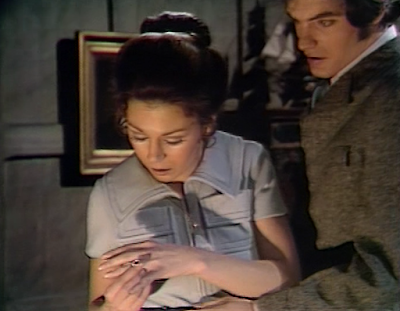 Angelique says they are bound by a sign of the trident, and when it appears, no power can keep them apart. 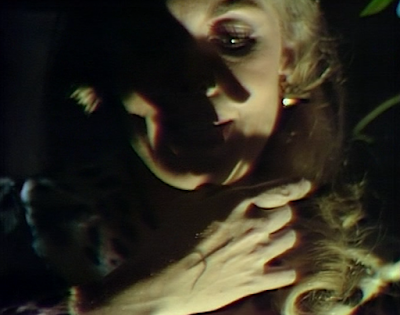 Maggie tells Quentin that this is crazy. He says that whatever it is, he thinks it's right. She says it can't be, and he asks why they don't have the desire to fight it. They notice that they both have the sign of the trident on their hands. 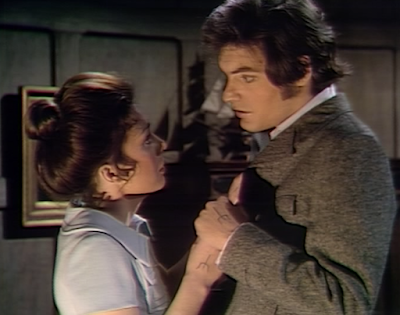 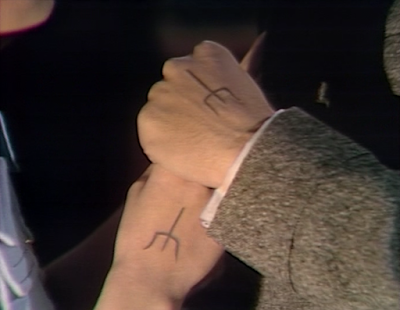 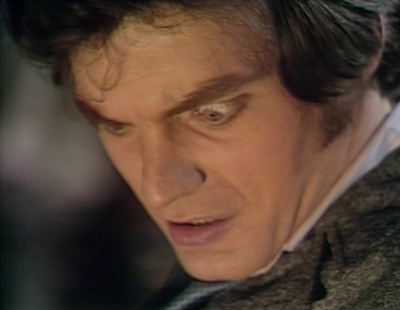 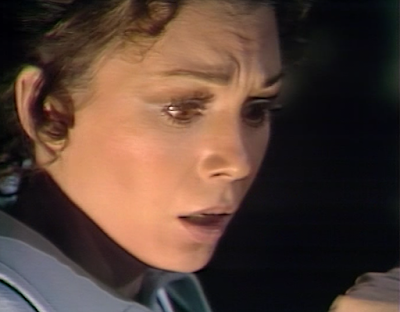 John: Did Angelique forget that Maggie was the spitting image of Josette? How is it that she could be surprised or upset that Barnabas still has feelings for her.

Christine: She is upset because now that she no longer loves Sky she has to fall back to her "one true love," Barnabas. Have the writers run out of ideas, or did they think they could win over fans who were dissatisfied with the Leviathan storyline by recycling a popular storyline from the past?

John: It's one thing for Maggie to be smitten by Quentin thanks to the love spell, but would that drive her to throw Barnabas' ring into the fire? It would be one thing to return it to him, but throwing it into the fire? That's just rude!

John: Boy, it didn't take the new and improved Angelique long to return to her old self. And now it's deja vu all over again in Collinwood.

Christine: The last time we saw the matching tridents was on Josette and Jeremiah in Episode 383, when they eloped and broke Barnabas' heart. Angelique does not seem to remember how unsuccessful this was the last time she tried it. Will Barnabas be challenging Quentin to a duel, or will he have learned from past mistakes? How will Julia figure into this love quadrangle? And how come no one can find Willie Loomis?