Philip goes into Jeb's room and turns on the light. He looks for the Leviathan box, and finds it in a cabinet. He turns out the light, and leaves the room. He brings it downstairs. Jeb turns on the light and suggests that it's late for him to be going somewhere. Philip refuses to tell him, and Jeb says he knows who he's taking the box to. He says that if Barnabas wants the box, he can have it—but when he's ready. Jeb says he gives people exactly what they want. He adds that Philip has always wanted death, and he's going to give him what he wants, tonight. 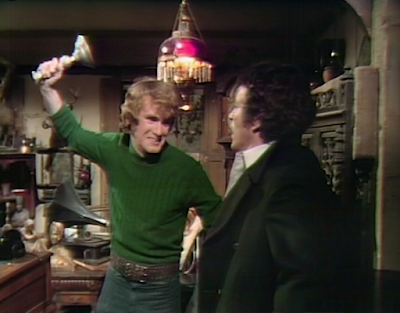 He raises a candelabra to beat him with when there's a knock at the door. It's a state investigator named Lawrence Guthrie looking into the unusual aspects of the murders. Philip invites him in, and Jeb asks to see his identification. He shows him his ID, and says he wants to ask Philip some questions about Paul Stoddard. Philip answers them. The investigator looks around the antique shop. Jeb asks him about his questions. He then asks Jeb to see his identification. Jeb pulls out an ID and says he wasn't there on the night of the murders. Jeb says he's a photographer. The investigator says he'd like to see some of his pictures. The investigator goes to leave and Philip says he's leaving, too. Jeb stops him and suggests that he had better let Megan know first. Philip tells the investigator that he has to stay. When they're alone, Jeb tells Philip that he changed his mind about killing him for now. 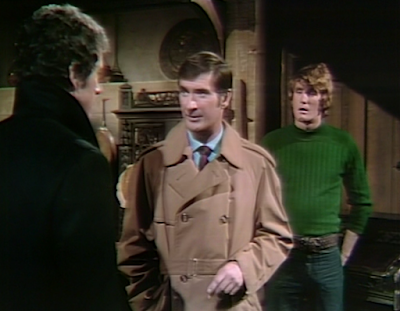 In the drawing room, Carolyn watches Amy draw. She asks her what she's drawing and Amy says she saw it on Mrs. Todd's locket. Carolyn adds that Philip has it on his ring, too. Quentin comes in and Amy is frightened of him. Carolyn tells her not to be upset. Quentin asks why she's afraid of him. She says he looks like the ghost of Quentin. Carolyn explains that he's related to Quentin, and that's his name, too. 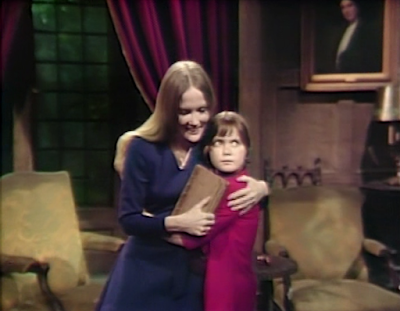 He asks Carolyn to leave him alone with Amy, and against Amy's will, she does. After she's gone, Quentin tells her that there's nothing to be afraid of. He swears that he's not the Quentin Collins that she fears. 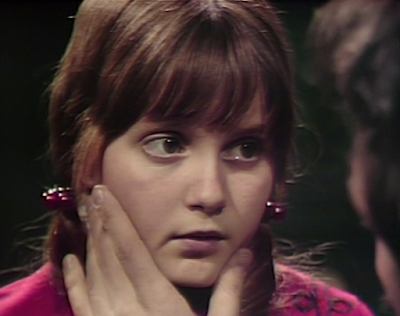 Philip is impressed that Jeb has photos from around the county that his followers took to provide an alibi.

Guthrie calls in to get more information on Jeb Hawkes.

Amy comes to the antique shop to see Jeb. She says she was frightened by Quentin. He doesn't understand what she's saying, and she says she had a dream last night where David was missing. She went into Quentin's room and heard his music playing. She calls to David, and the door shuts behind her. She sees Quentin in the mirror. She tells him that Maggie and Barnabas are coming to his room looking for David. She says Maggie remembered it from a dream, and that she didn't tell them about it. She begs him not to punish her. He tells her that she is to tell no one—especially Jeb. 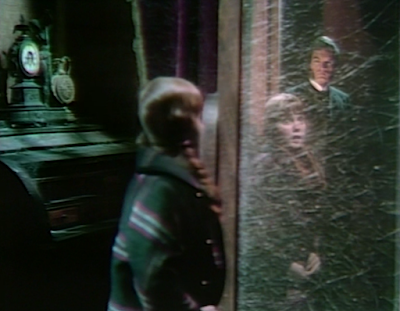 Jeb is surprised to hear that Quentin mentioned him. He tells her that he'll take care of anyone who gets in his way. He tells Amy he'll take her to Collinwood, and visit Carolyn. Amy says she's meeting with Mr. Guthrie. 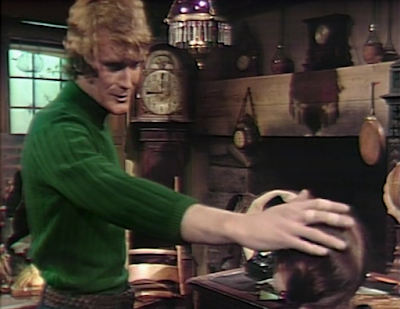 Carolyn tells Guthrie everything she knows about her father's last hours. Guthrie thanks her for the information. He mentions that he spoke to Philip and Jeb last night. She says by his tone, she doesn't think he liked him. He says that her tone suggests that she does like him, and she says she does, very much. A call comes in from Philip, disguising his voice, asking to speak to Guthrie. He tells him that he has something to tell him, but now is not a good time. He says at 9pm, he'll be alone while Jeb is with Carolyn and his wife will be at a farm auction. 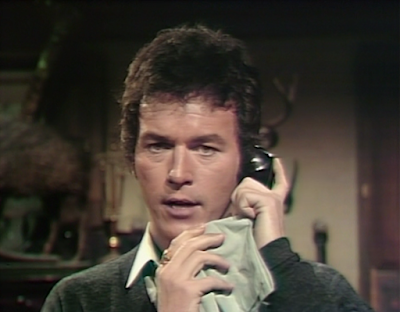 At 9pm, Guthrie arrives at the antique shop. Philip says he wants to tell him how Paul Stoddard was killed, and who killed him. He says it's an incredible story that will be difficult for him to believe. Guthrie asks if he wants to talk there or at the police station. Philip says the station, but first wants to show him a room upstairs. At the top of the stairs, he sends Guthrie into the dark room, alone. Guthrie turns on the light and sees the Leviathan creature. He tries to get out, but screams as Philip has locked him into the room. 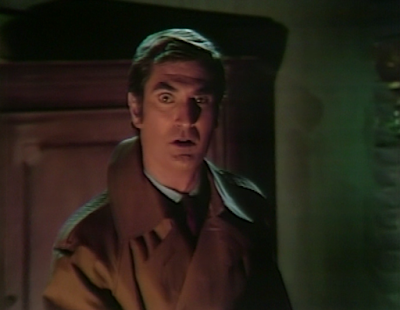 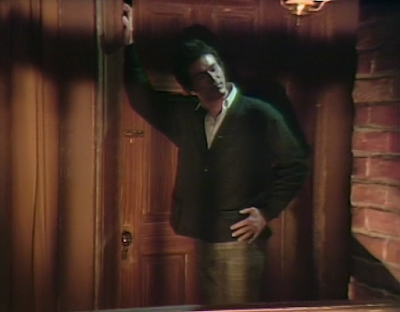 There's a knock at the door, and Philip opens it. Jeb comes out, saying that Guthrie won't be asking any more questions. He tells Philip that he did his job well. 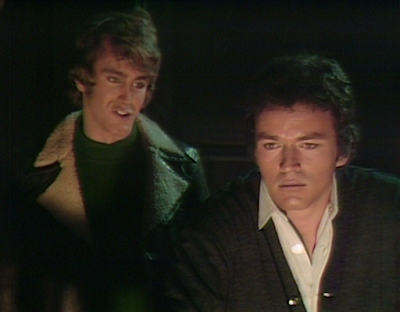 Quentin arrives at Collinwood looking for Barnabas. He tells Carolyn they both want to talk to her. She says she's got a date with Jeb, and Quentin says she can't do that. She demands that he tell her what's going on, or she's going to leave to meet Jeb. He says he needs to talk to her about her father's murderer. She asks if it's someone she knows or cares about. He says it was Jeb. She says Jeb wasn't in Collinsport when her father was killed. Quentin says that he was. She says he's just using that story to keep her from seeing Jeb. Quentin says he'll tell her everything. 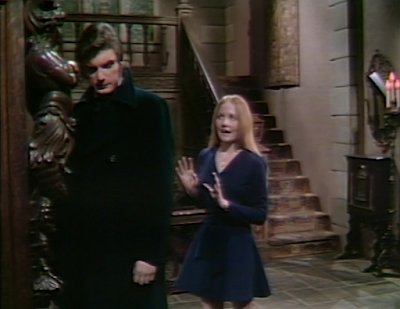 Jeb bursts in and tells Carolyn that Guthrie was just killed at the antique shop by the man who also killed her father and Sheriff Davenport. She asks who, and he tells her that it was Philip—and that he just confessed. 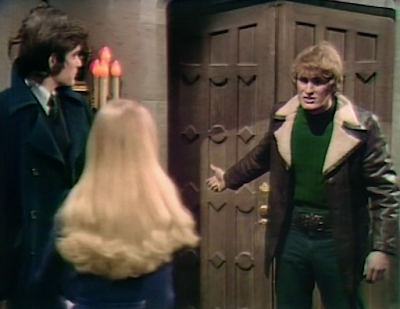 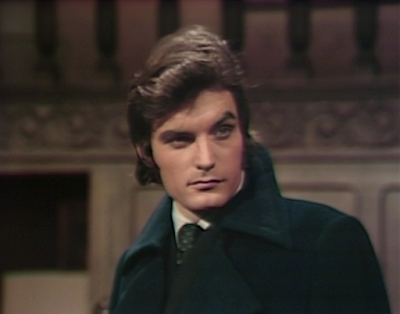 John: I was surprised that Jeb was able to produce an ID, but then they explain that his myriad of followers have done all kinds of things to solidify his backstory and existence as he was in his early development stages,

Christine: Where are all these mysterious followers? It's interesting that Bruno was the only one out of his legions of followers willing to come to Collinsport to do his bidding directly.

John: Amy, I know you're afraid of Quentin because he's related to and looks exactly like the ghost that haunted you. Let me leave you two alone together for a little while to work things out. Yikes! Nice way to deal with a concerned child, Carolyn... 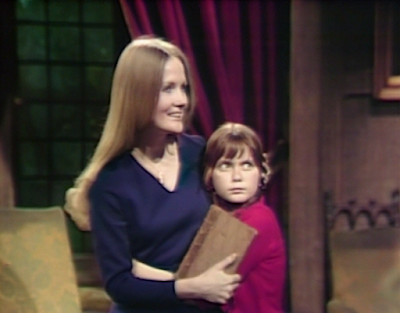 Christine: To make things worse, she laughed about her being afraid. She is clearly not up to speed on trauma informed care! Of course, Quentin didn't make it much better by grabbing her face. 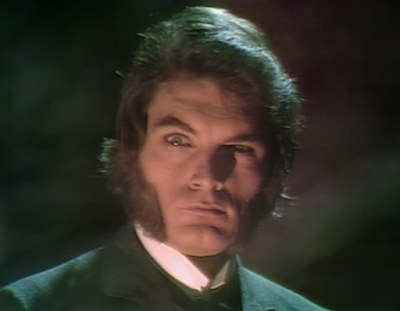 John: So much for Philip standing up to the Leviathans. I suppose he's doing this to protect Megan, but let's be honest, it's not like they've had the perfect relationship. If Jeb were smart, he'd see to it that Philip hangs himself in his cell before he has a chance to flip on him. 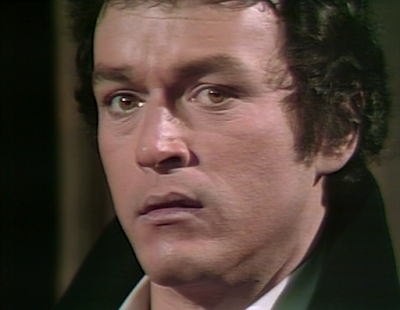 Christine: I'm surprised Philip didn't call him on his threat since he knows Jeb has a special affection for his mommy and wouldn't do anything to hurt her, though Philip may be under the impression that he's safer in jail. Carolyn seems destined to annoy us by disregarding anything Quentin or Barnabas have to say about Jeb that might reveal what a nasty, bad guy he truly is. 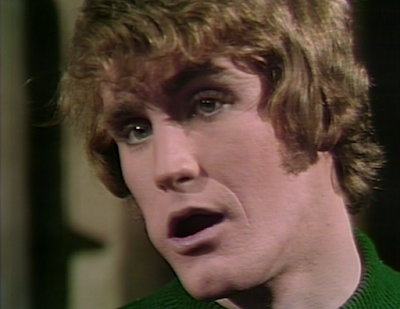 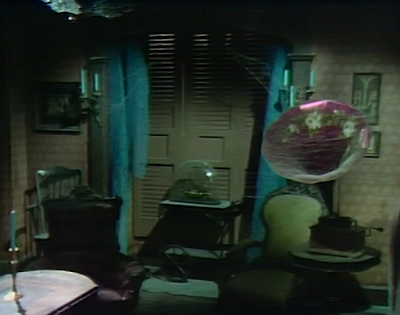