Julia can't believe that Maggie escaped, and that she can't remember what happened. Barnabas tells her that he thinks Blair must be responsible. He assumes Cassandra told Blair everything about the past. Barnabas says that the only reason Blair would protect him would be to protect Adam. Julia says that means Blair would know about the experiment. 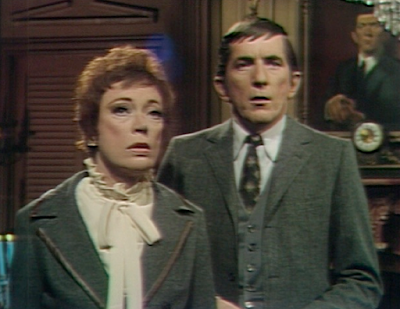 Adam sits in a chair at Blair's home. Blair enters the room and says that he can't understand why Adam looks as if the experiment was a disaster, considering he got what he wanted. Adam says he doesn't understand why Stokes doesn't like Eve. Blair says that he must not have wanted Adam to have a mate. Adam mentions that Leona died during the experiment, and wonders why Blair would have her do that. Blair tells Adam she had a terminal disease, and she wanted to give something life. 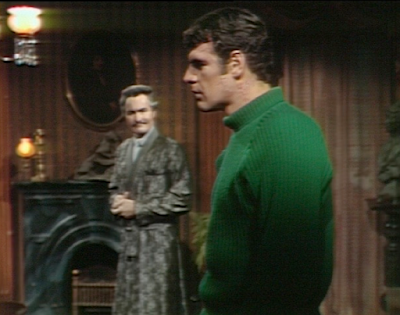 Adam mentions the strange phenomenon at the old house - when doors blew open on their own. Blair is intrigued, but tells Adam not to worry about it. He says Adam should focus his attentions on Eve. They don't see her standing in the doorway. 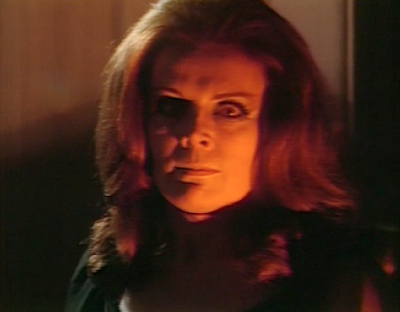 Adam sits next to Eve, and asks if she's upset. She says no, sounding upset. She tells him that the place they are staying bothers her. Adam assures her that Blair will take them somewhere where they will be happy together. 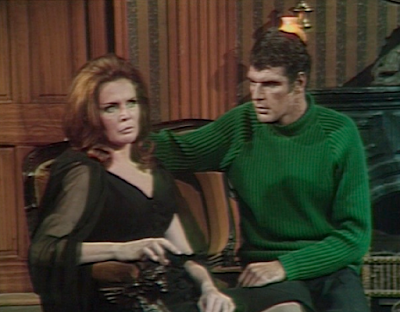 Eve makes it clear that she's not his property after he brings up that she was made for him. She tells him to go on to bed and leave her alone for a while. 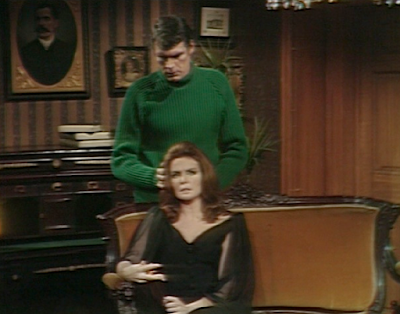 He leaves, and she stabs a table with a letter opener when Blair enters. She tells Blair she can't stand the sight of Adam, but she doesn't feel that way about him. She says they can get rid of Adam. Blair asks if she would be willing to kill Adam, and she says if he stood in their way, she would. He says he made a very good choice, and she asks what he's talking about. 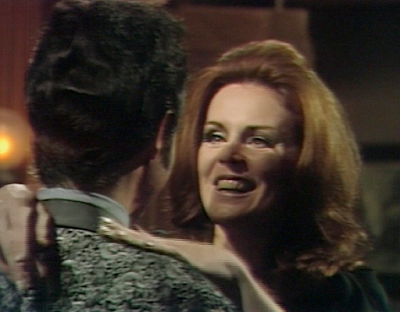 Blair tells her that her only future is with the man upstairs. He says that she was made for Adam, and she had better accept that. She says she hates him, and Blair says that's fine, as long as she doesn't show it. She refuses, and Blair says he does not tolerate defiance. He tells her to think about that while he goes upstairs to get Adam. 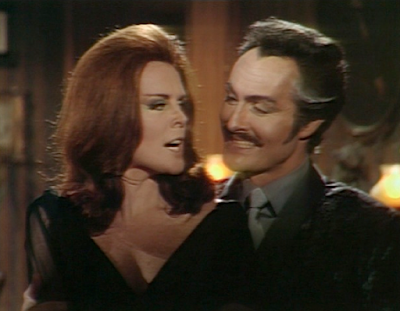 There's a knock at the door of the old house. Stokes enters, and says Adam hasn't been seen since last night in the room where he had been hiding. He remains suspicious, and as he mentions Danielle Roget, the front door bursts open and the chandelier swings. 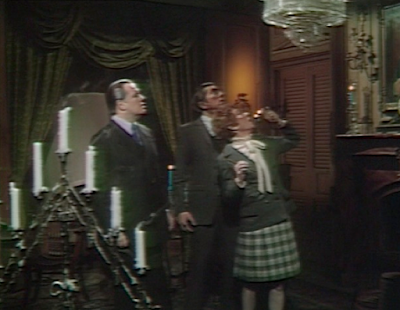 Julia points out a single book falling off the shelf. Stokes picks it up, and says it's about the French Revolution. He says the spirit that showed up may have been calling attention to the author of the book. He suggests they should hold a seance. 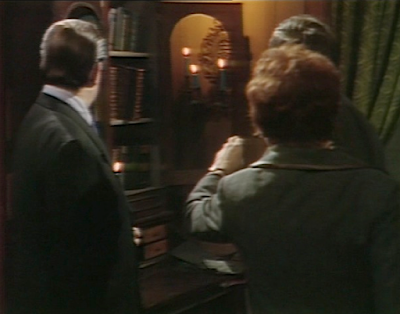 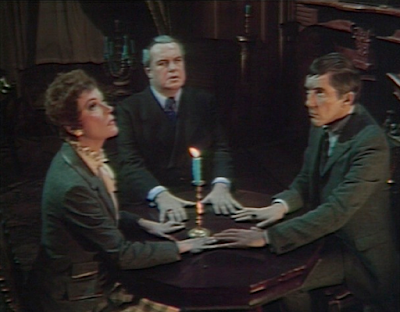 Stokes asks about Danielle Roget, and Phillipe says his love has been taken from him, and he is coming for her. He says she's in a house by the sea, and Julia suggests he means Blair's house. 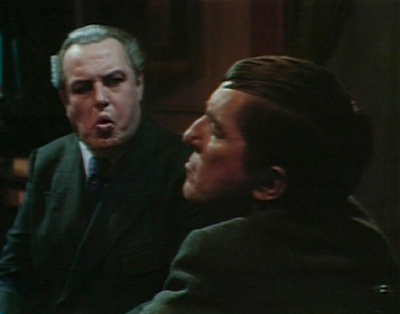 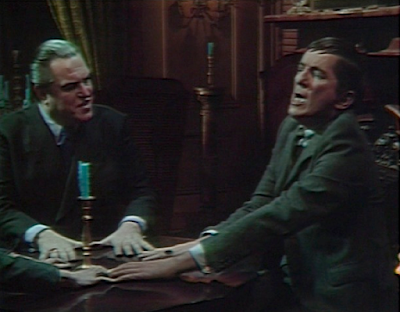 Adam tells Eve he'll give her time to get to know him. She stands up, appearing frightened. Blair asks her what's wrong. The door swings open, and the chandelier shakes. She screams, saying someone in the house is going to die tonight. She runs off, when Adam begins to behave as if he's being choked. 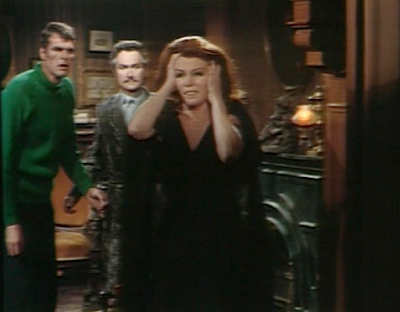 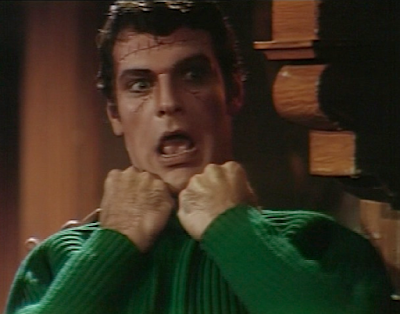 Back at the old house, Barnabas discusses what they should do, until he begins to choke, realizing that someone is trying to kill Adam. 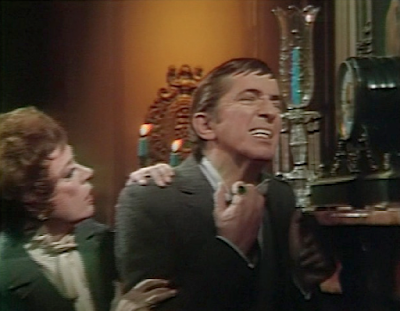 John: Eve was excited about the proposition of trading up from Adam to Blair, but he made it clear that is not an option. While I can't argue that Adam isn't the most attractive kid on the block, at least he's not creepy like Blair. Maybe Eve will change her mind as she gets to know Adam better.

Christine: Eve houses Danielle Roget's evil spirit, which is why she's attracted to Blair's power and malevolence, and turned off by Adam's innocent, unassuming nature. I love Blair's guttural exclamation of delight over discovering that she'd be willing to kill Adam if he prevented her from hooking up with Blair. Wait until she finds out that Blair expects her to become a baby making machine and produce his monster army with Adam.

John: Doors swing open? Book falls off the shelf? Hold a seance! Isn't Stokes aware that Barnabas and Julia are old hats when it comes to this?

Christine: Has anyone in the family held a seance since Vicki was whisked away in Episode 365? Stokes may be thinking that last one didn't go well because of their inexperience, especially with Julia interrupting and screwing things up the way she did during this one.

John: Frid must have loved his French soliloquy. Of course all of these ghostly visitors from the 18th century are likely signs of another flashback on the horizon... leading us to speculate who might portray Phillipe Cordier... 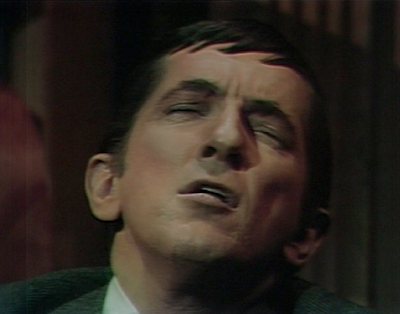 Christine: Eve had a strange reaction to the presence of Cordier's spirit that wasn't really in keeping with being the most evil woman of the 18th century, though I imagine it's pretty frightening to have a spirit stalking you. If we time travel again, I hope Frid plays Cordiet just so we can enjoy more of heez French accent. I'm also looking forward to Angelique coming home to find Adam and his gal pal ensconced at the House by the Sea.

Eve declared that Adam is "ugly, boring and stupid." Ouch! I'm surprised she forgot to criticize his lack of fashion sense while she was at it.

She also said nothing of his apparent lack of personal hygiene. Blair may have to use his mojo to persuade her to cuddle up to Adam.