Welcome to the Gallery

Fans of Dark Shadows are well acquainted with the portrait of Barnabas Collins, which began exerting its power over Willie Loomis while Barnabas was still chained in his coffin. Characters often spend time gazing at his portrait in the foyer, admiring his trademark accessories, receiving orders from him, or simply sensing his supernatural power. 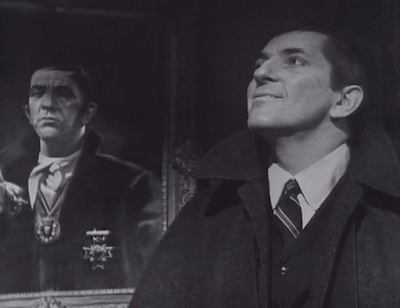 Long before Barnabas was a gleam in Dan Curtis' eye, the portrait of Josette Collins was a focal point, captivating young David, and becoming the source of the first ghostly apparition seen on the show. 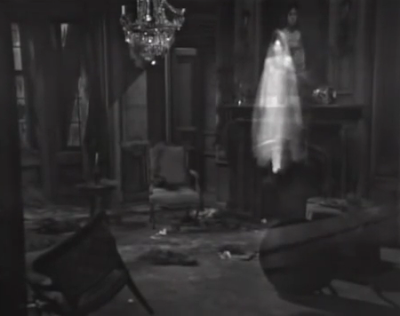 It may have been the prominent role of these portraits that caused me to become fixated with many of the other portraits featured on Dark Shadows during my second viewing of this show, though it may also be due to encountering the Collins family ancestors during journeys to the past which has me fascinated with the many ancestors who adorn the walls of Collinwood mansion. 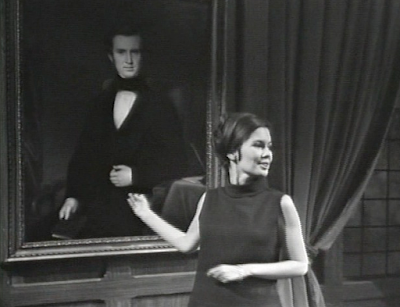 If I am obsessed with the portraits, it is due to Dan Curtis' preoccupation with including them in his storytelling. 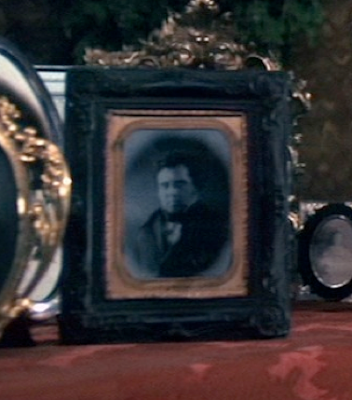 Portraits are not only featured on Dark Shadows, but also play important roles in Dead of Night: A Darkness at Blaisedon, Burnt Offerings, and of course, The Picture of Dorian Gray. They house spirits, are conduits for entities to pass through, and often communicate with or exert power over others. While many portraits play an influential role, others remain silent witnesses to the daily events, the hushed conspiratorial whispers, and dramatic arguments of the Collins family. 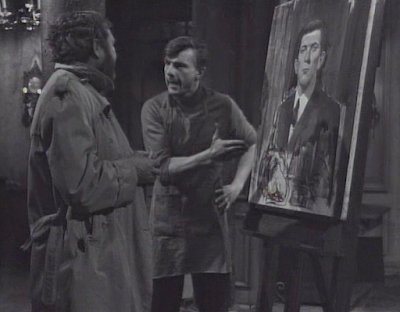 I've often wondered what has become of all the portraits from the show, and if there is some secret gallery of portraits from Dan Curtis Productions somewhere. After sharing portraits from the beginning of the series when the show was pre-empted for Episode 110, I knew it was only a matter of time before I decided to create a collection of the many portraits we continue to encounter, and have finally committed myself to establishing what I believe to be the first Dark Shadows Gallery. I'll be sharing images and information on many of the more prominent portraits featured on the show, and the Gallery will continue to grow as we make our way through the series. I hope you'll enjoy the exhibitions! 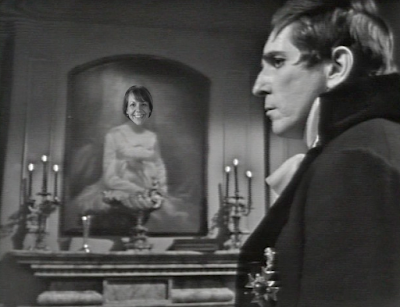 Well, this is all very, very interesting... I suspect you may have tempted me to begin trying to follow the show again, if I can figure out where I left off.

Really terrific blog! I love that you devoted a section to the portraits of the ancestors. As I am watching the show from the beginning, I really like those paintings. I recently found this video on YouTube, it's very brief, but it's someone going into the Carey Mansion (aka Collinwood) and is taken to the dining room where the portrait of Barnabas is hanging over the fireplace! I have no idea if that is the very same portrait that was on the "Dark Shadows" set or not, but found it interesting that it is in the actual mansion. I saw an episode of "Ghost Hunters" that focused on the Carey Mansion, and they again showed the portrait in the mansion. Here is the link to the video: https://www.youtube.com/watch?v=PsI06_mb5yQ

Thanks for writing! Christine deserves the kudos for curating these galleries. I'm always amazed when she can recognize a new portrait versus one that's appeared before, particularly when they turn up in unexpected places. I look forward to checking out the video on the Cary mansion!