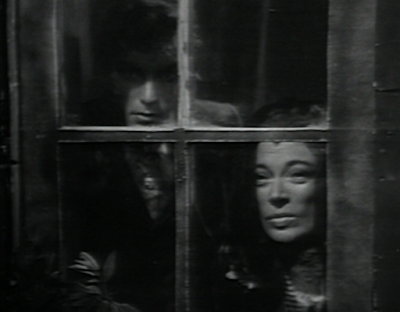 Magda and Quentin wait for Barnabas. Quentin wonders what's taking so long. Barnabas returns alone. They ask if he found Julianka. He tells them that he found her, and she's dead. 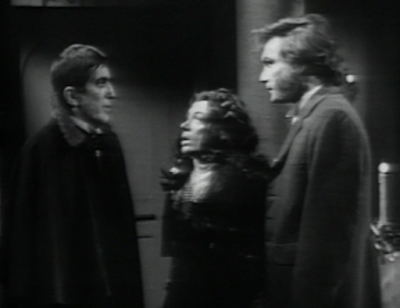 In the cellar, they look at the mark on Julianka's head. Magda says it's not a gypsy mark, but she has seen it before. Quentin resigns himself to being stuck with the curse forever, now that Julianka is dead. He leaves the old house. 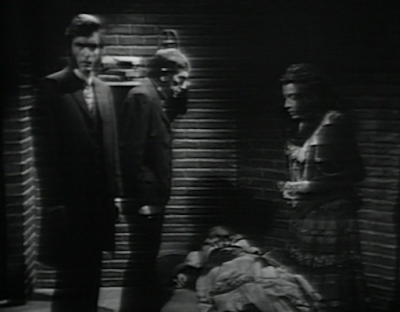 Barnabas tells Magda that the second event has happened from Jamison's dream. First was the finding of the silver bullet. The second was the death of someone who could have helped Quentin. Magda says she should have never stolen the Hand. Barnabas says the third event is Quentin being rejected by the one he truly loves, after which, he will die. He says they must find out about the third event before it happens. Barnabas laments his inability to jump forward in time to get the Collins History book. And then he confuses Magda by talking about Eve and Vicki bringing the book back and forward in time. He then realizes that the book may still be in the courthouse. Magda goes to look for it. 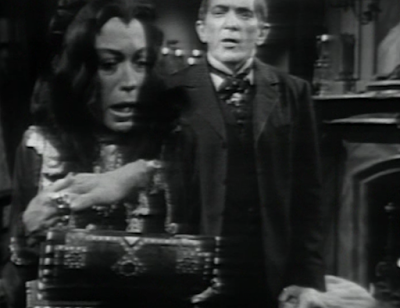 Quentin returns to Collinwood and pours himself a drink. Beth enters and tells him she's been waiting for him to return. He tells her to stay away, as he sees a pentagram on her forehead. He says he's concerned about what he'll do to her. 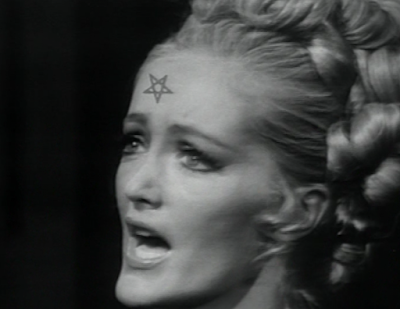 He reminds her that he doesn't have control, and begs her to leave Collinwood. She says he can't kill her as long as she has the pentagram. He tells her the beast will kill her if she doesn't get away. She tells him that she loves him, and that she won't leave him. He goes up to his room, and she asks to join him. He agrees, and says that they may mention her loyalty on her tombstone. 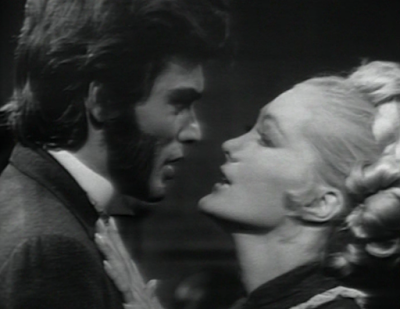 Magda returns to the old house with the Collins History book. Barnabas flips through it, finding the entry on Quentin. He notes that there's not date of death recorded. It says Quentin left for a Voyage around the world, which Barnabas equates to his 'trip to London' — a lie. Barnabas wonders if they can speak to Julianka from beyond the grave to get the information they need. 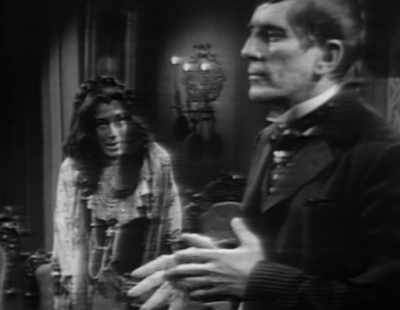 Magda says he can have a seance without her. She says Julianka's grandmother used to scare her. Barnabas says she can tell Julianka that two gypsy children are doomed if she doesn't help. Barnabas calls her a coward, and says he has no time for her gypsy temper. 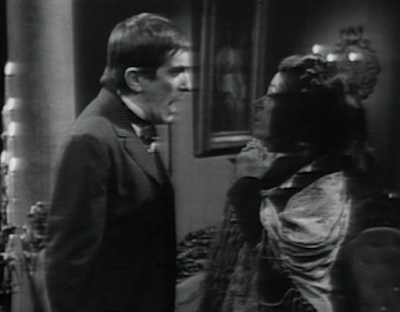 Quentin and Beth listen to Quentin's theme. Beth suggests they can take a trip when this is all over, and he suggests they can take a trip to hell. She says she always wanted to go to Vienna, and he tells her she should go now. Magda comes into Quentin's room and says Barnabas has a plan. He goes with her, leaving Beth alone to listen to his theme. 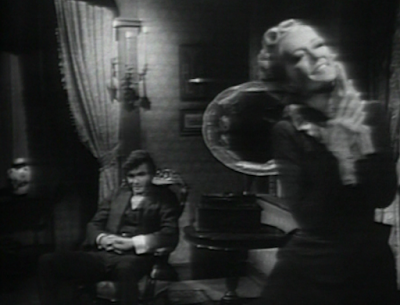 Barnabas leads a seance to reach Julianka. Her ghost appears, and she says she doesn't like death. Barnabas begs her to tell them what they need to know. She refuses to tell them what they want to know. She says Quentin will remain cursed forever, and he runs off. Barnabas tells her of the gypsy children, but Julianka says they are kin of Magda, and puts a curse on the gypsy. She says Magda will hear three knocks on the door, which will herald the beginning of the end. She says that everyone she loves will die, and then she disappears. Barnabas says they can still try to convince Julianka to help them, but when they then hear three knocks on the door of the old house, she tells Barnabas that it's too late. 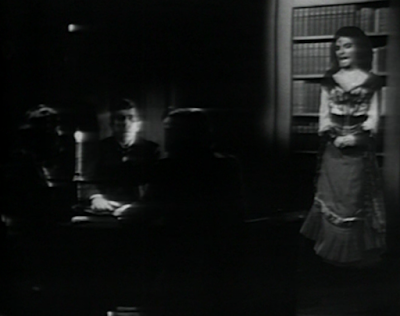 John: Always interesting to see a Kinescope, just to get the feel of what it might have been like if Quentin were around when the show was still shot in black and white. I'm amazed that the show remains as effective as it does without the color.

Christine: It certainly intensifies the dark shadows. Quentin said he should have let Angelique stay as a way of explaining why she took the day off instead of sticking around for the ceremony, though I can see now why Magda was nowhere to be found while Julianka was preparing to cure Quentin in yesterday's episode.

John: Break out the seance tracker! Is this our first in 1897? Whatever the case, they didn't feel the need to refresh us on conducting a seance 101, which was a nice change of pace.

Christine: This is the first one in 1897, but hopefully not the last. Barnabas finally recalls Jamison's dream and the events that will lead up to Quentin's death, and laments his inability to recognize the need to protect Julianka. He is not conducting a very successful mission in 1897, which only means he's going to be there a lot longer than we expected. 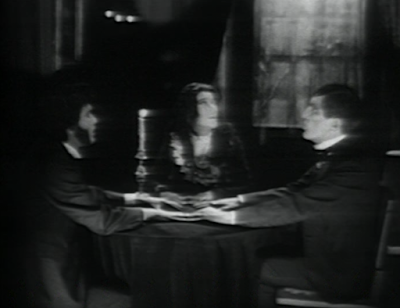 John: I'm going to miss Julianka. She was a strong female character that didn't crack under pressure like so many others have at different times throughout the history of the show. But she's dead, so a lot of good that did her. I am a bit surprised that she didn't make a point of telling them who killed her... but obviously that wasn't high on their lists to find out once they got a hold of her...

Christine: I'm sure her beauty has nothing to do with why you'll miss Julianka so much after only 4 appearances. I also expected her to provide more information on her murderer, but I guess she was too busy cursing Magda to care about the person who was truly responsible for her death. 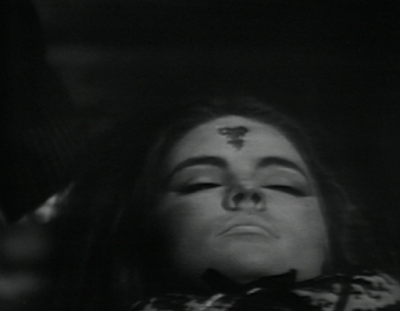