Elizabeth is in the drawing room when Roger returns home complaining about the weather. She says they need to talk about David. He saw Sarah again. She says that he told them that Sarah warned him that the dead were trying to harm someone in the house. She adds that Julia says that David is right, and there is a danger. 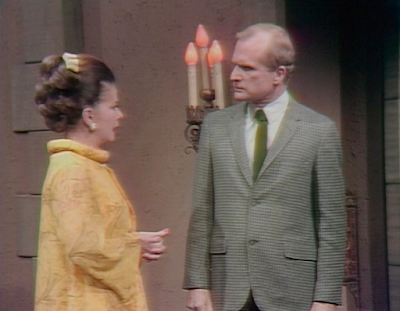 Roger brings Julia into the drawing room. She says that David is telling the truth about Sarah. She says she didn't believe in ghosts before coming to Collinwood. Julia flips through a book while Roger barks at her. He says she's looking up the picture of Sarah, which she shows them in the book. Carolyn walks in. Liz mentions that Carolyn had mentioned seeing Sarah. Julia says there's a way to prove it—by having a seance. Liz says they must have a seance that night. 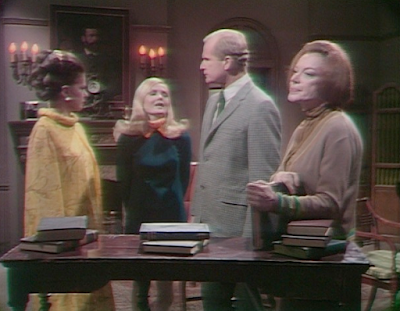 Barnabas laments the absence of Sarah. He feels that he is not responsible for what happened to him. There's a knock at the door, and he lets Carolyn in. He says he doesn't want visitors, and she tells him he has to know what's happening at Collinwood. She says they're planning a seance to reach Sarah. Her mother and Julia are dead set on having it. 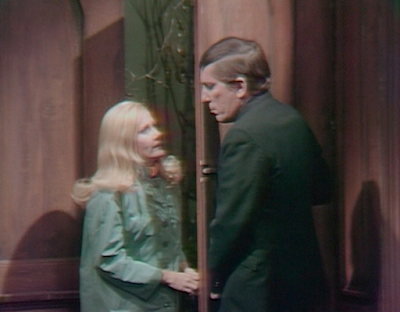 Liz is surprised that Barnabas is against a seance. He says he's worried about his ancestors' privacy being disturbed. He asks her what she feels a seance would accomplish. She says Dr. Foster is joining them. Barnabas asks what does it matter what David's friend is. For once, Liz appears upset with him. Roger enters with Julia and invites Barnabas to join them. Liz says Barnabas is against it. She and Roger leave. Barnabas asks Julia what if Sarah doesn't appear, but Dr. Woodard does. She says she's willing to take that risk, and that Woodard is just as likely to name him as his killer. 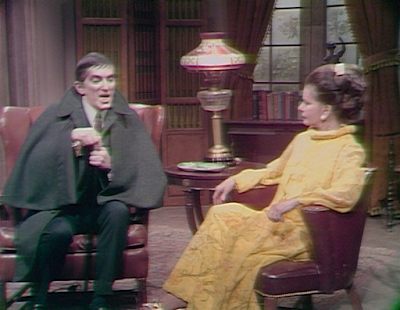 Carolyn comes downstairs and meets Barnabas in the foyer. He says Liz has already accused him of being obstructive. He says he's going to stay, and will be sitting next to her.

Julia lights candles. Liz comes in with Barnabas. Vicki brings the book with Sarah's picture and places it on the table. Roger shuts the doors and dims the lights. He says that they should all concentrate on Sarah Collins. They form an unbroken circle with their hands after Julia points out that Barnabas and Carolyn aren't touching hands. 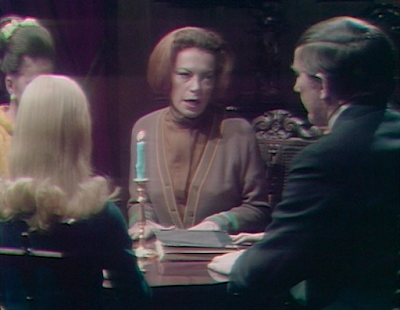 Roger calls for Sarah. Barnabas looks at Carolyn and shakes his head. Roger says they want her help with her friend David. They hear London Bridge, and Vicki appears to be possessed. Roger implores Sarah to speak. Carolyn goes into a trance and says, "No". Roger asks about her friend David. She says she has no friend. Vicki watches Carolyn, and shuts her eyes. She says, "She lies. David is my friend. I play with him. I am Sarah Collins." 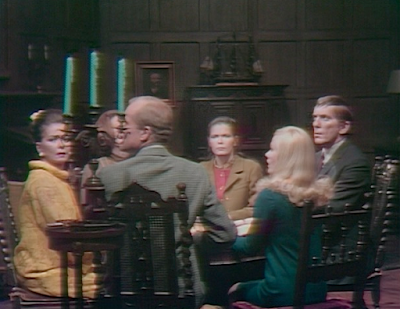 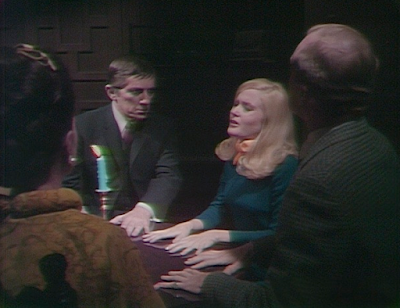 Carolyn says Vicki is not Sarah. Vicki says she came to Carolyn, and she tells lies. Carolyn stands up, but her mother tells her to sit down and be quiet. Roger asks her why she comes to David. Vicki says Barnabas will take her to the gate, and asks if he'll still love her after he marries Josette. Roger asks her why she comes to the new house, and she says to tell him the story of how it all began. She says she won't go to sleep until she meets her new nursemaid. She screams as the candles go out. Barnabas turns on the light, and Vicki is gone, with a strange woman in her place, saying her carriage from Boston overturned. She looks around and asks who they are and where she is. Roger tells her to sit down, and that they will ask her the questions. She says her name is Phyllis Wick, arriving in Collinwood to work for Mrs. Collins. She's the new governess for Sarah. 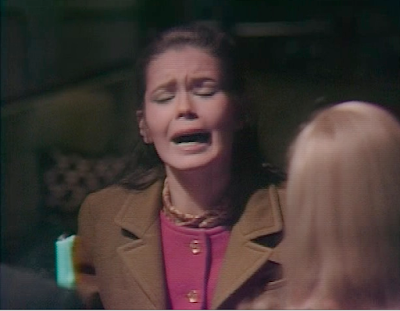 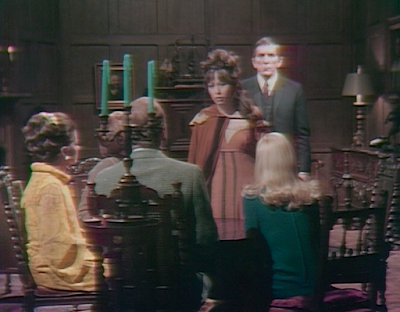 Vicki is in the woods, outside the old house, but looking new. She shouts out, "Where am I?" 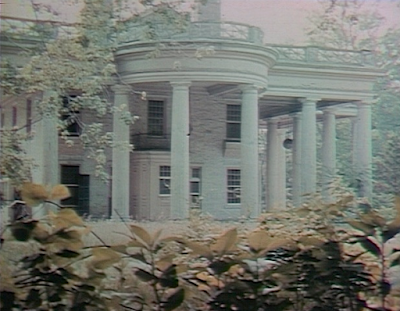 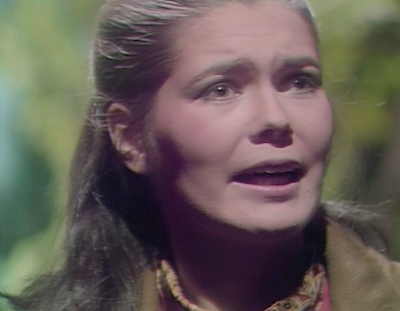 John: Who would have thought Liz would be the one calling for a seance. So much so that we see her somewhat stern with Barnabas for the first time.

Christine: What was up with the jibberish about ghosts needing umbrellas that provoked a smile from everyone?


John: Did Carolyn really think she'd get away with faking possession in the seance? And did no one else happen to notice every time Barnabas shook his head emphatically at her?

Christine: It was a long shot, especially when Vicki has a better track record for serving as a medium. I wonder if the family will think to question Carolyn's performance once they get past the shock of losing Vicki and having Phyllis Wick appear in her place.

John: We're on the cusp of our first trip into the past. I don't quite know what to expect, but I give them credit for an interesting transition. I was particularly surprised to see Sarah's governess show up in Vicki's seat at the seance. In any other show, I'd be looking forward to the back and forth between scenes of the woman from the past living in the future alongside Vicki's time in the past, a la Outlander.

Christine: I am looking forward to revisiting this storyline, especially with the background knowledge of the beginning episodes this time around. It would be nice if we got to meet Isaac Collins in the past, though he was certainly not alive during this time period. He continues to divide his time between the drawing room and the study at Collinwood. Does he live on through his portrait and actively move from room to room? Could he be orchestrating all the supernatural disturbances at Collinwood? Maybe we'll get some clues as we dig into the past history of the Collins family.