Megan tells Blair that it was almost like Paul Stoddard had been buried alive all this time waiting for Jeb to open his coffin. Blair says he hopes Jeb had the presence of mind to bury the coffin. She says Jeb burned it. Blair laughs, and says that won't solve the problem. He says the spirit of the body cannot be burned, and Paul Stoddard's spirit will haunt Jeb. Megan says she won't let him do that, and Blair asks her who will stop him. She grabs him and threatens to kill him if he lets anything happen to Jeb. 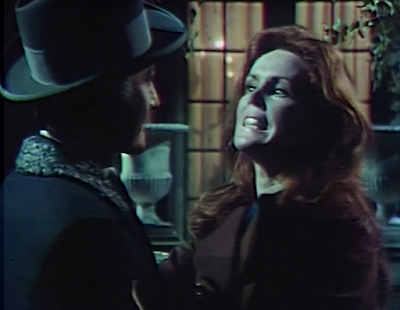 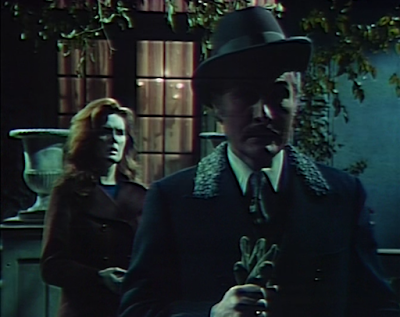 Angelique's husband receives a call and invites the caller to see him tonight. Angelique walks in and he tells her he got good news. She asks what his secret is, and he says he's lucky. She tells him that no one can say no to him. She asks who called, and he says it was an important man that she'll meet in a few hours. He says the man is important to their future, and he sends her upstairs to get ready. 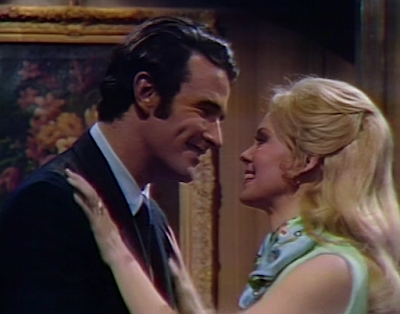 Megan sits in the garden by the fountain. She hears a bat, and then sees Barnabas. She tells him that he's a traitor. Barnabas tells her that Jeb has already exacted his punishment. He tells her to look into his eyes. She does, and is transfixed. He leans in to bite her neck. 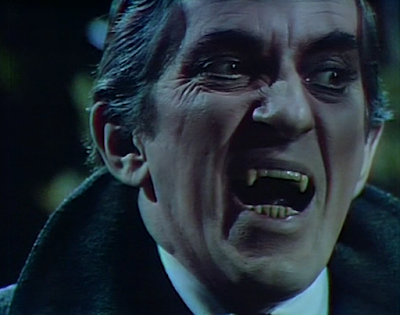 Barnabas asks Megan if she still wants to go inside, and she tells him that she wants to stay with him. She says she has no need for Jeb anymore. He asks about how they can destroy Jeb. She says it's in the book, and only David can read it. He then asks who betrayed him. She says it was someone she had never met—Skylar Rumson. Barnabas says it all makes sense. He sends her into the house. 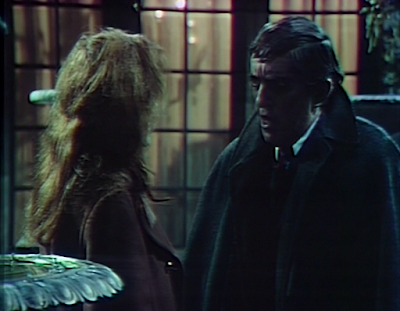 Angelique asks Sky about the man coming to see them, as he seems nervous. He says the man is responsible for all of his successes. She kisses him, and goes to wait upstairs. He asks her to wait with him, and she says she prefers to make an entrance. 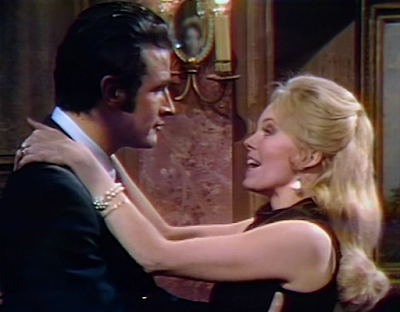 Angelique goes upstairs and finds Barnabas is her room. She asks what he's doing there, and he tells her that Jeb found out about him from her husband. She tells him that's absurd. He explains that Sky is a Leviathan. Sky calls to her and Barnabas hides in the room when Sky enters with a gift for her. He notices she's behaving oddly, and he asks her what's wrong. The doorbell rings and he goes to answer it. Barnabas comes out and says that he realizes she's really in love with Sky. Barnabas tells her that she must investigate what he told her, and she refuses, telling him to leave. 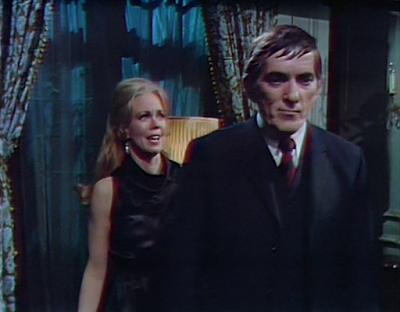 Sky pours a drink for Blair. Blair says he will be relying on Sky more. Sky says that he'd like his wife to become a Leviathan. Blair says he'll decide after he meets her. Angelique walks in and is shocked to see Blair. 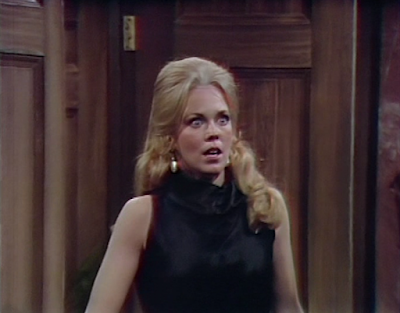 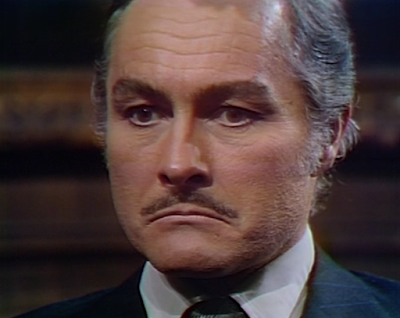 Sky introduces them, and he tells her that he's not easily taken by surprise. Sky is confused, and Blair says he's surprised by her beauty, asking where he found her. Sky says she was modeling for him. Sky leaves them to get acquainted, and Blair says it's a small world. Angelique says it's too small for both of them. She was convinced she'd never see him again. 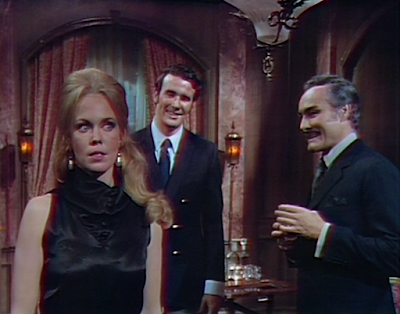 He asks if the shock was because he was friends with Sky, or just seeing him. He explains that he and Sky have been friends for a long time. She says she thought she could escape her past with Sky, but he deceived her. Blair says Sky knows all about her. She says she never told him. Blair says she overlooks her own deception, but is furious about his. She asks to be alone when Sky comes back in. 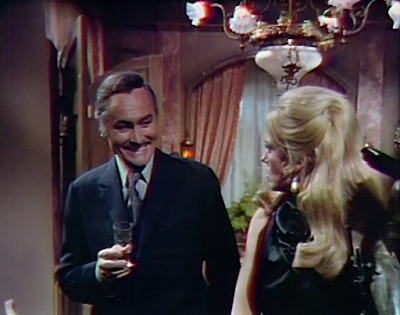 Blair asks if he can make a call. Angelique asks Sky if he repeated what she told him about Barnabas and the Leviathans, and he denies it. She asks about Jeb, and he says he doesn't know him. She tells him that it's frightening enough to know that he knows Nicholas Blair, and asks how much he owes him for his success. She says she had been told the truth earlier and didn't believe it. She says all he needs to do now is to admit it. She says that he was the one who preached to her about keeping secrets. She accuses him of being a Leviathan. He says it's true, and that he wants her to be one, too. She runs out. 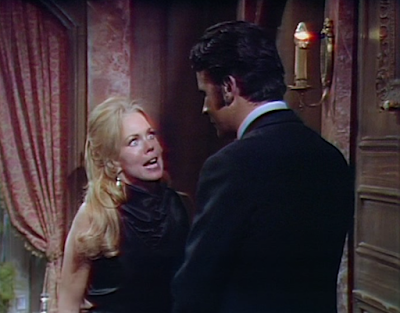 Blair returns and Sky asks if she knew him. Blair says she does, and that she can never become one of them. He tells Sky he must choose between Angelique and the Leviathans. Blair pulls a burning ember from the fire, and says Sky must use it to destroy Angelique. 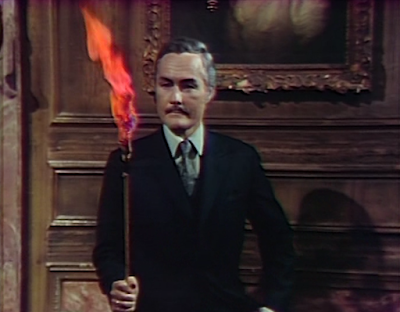 Angelique is in her room packing her things when Sky comes in with a flaming ember. He says he really wanted things to work out between them, but since they can't, he tells her goodbye and approaches her with the burning ember. 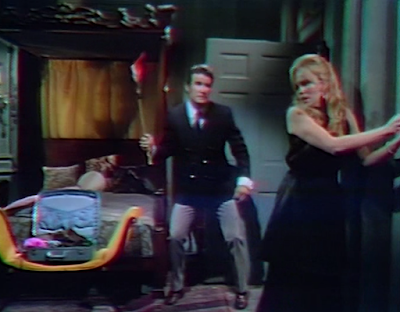 John: What a letdown. After yesterday's amazing reveal of a smiling Paul Stoddard corpse, we find out today that he's been burned up. Granted, we'll likely see his spirit return to haunt Jeb... I just hope he does so with that killer grin on his face!

Christine: My hopes have been dashed for the return of zombie Paul Stoddard shambling around the estate. What a shame! At least he went out smiling.

John: So a vampire trumps a Leviathan in this chess game. If it's that easy, Barnabas should be biting folks right and left, starting with Elizabeth and David...

Christine: Let's hope the vampire influence will help tone Megan down a bit. At least she won't be sucking face with her Leviathan foster son anymore.

John: Now that's a dedicated Leviathan. Given the difficult choice of giving up his success or killing the woman he loves, he runs to Angelique with the instrument of her death in hand!

Christine: He didn't seem to struggle much with the choice. I'm guessing she'll be using the powers she renounced in the name of love, now that the romance is dead. 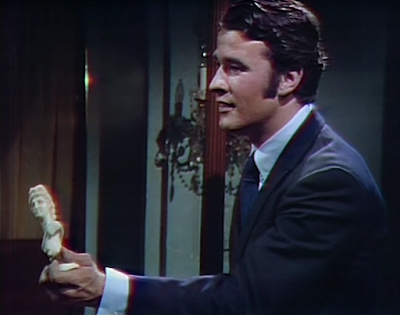 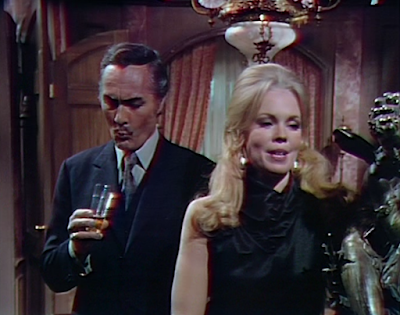