We get a recap of the seance, culminating in Vicki's scream and collapse. She comes to and asks what happened. Carolyn tells her she was speaking French. Vicki explains that she doesn't speak French and they say Josette was speaking through her. Roger points out that Laura speaks French, but she claims not to have paid attention to what was being said. Guthrie indicates that he was. He says she mentioned a person who sleeps without sleeping and dreams without dreaming. And an innocent boy who was in danger, and of fires that occurred through the centuries, noting that another would occur soon. Finally, she said there was an evil presence in the house, and screamed just before naming who that was. 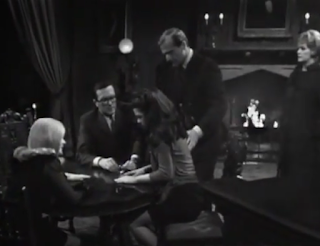 Guthrie asks Vicki to try and remember the name of the person who was the evil presence. Vicki describes her experience, how she wasn't afraid until she was surrounded by and ultimately consumed by fire. Carolyn takes Vicki upstairs, and Roger offers to escort Laura back to the cottage. He asks if Guthrie will be there when he returns, as he has a great deal to discuss with him. After they all leave, Guthrie listens to the recording. 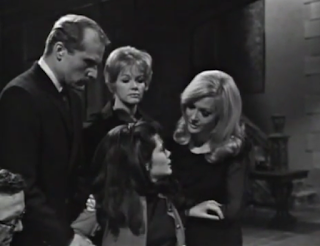 At the cottage, Roger tells Laura he agrees with her, and will send Guthrie away. He then asks her if she believes Josette might have spoken to them through Vicki. He's reluctant to believe something supernatural occurred, but obviously shaken by it. Laura calmly dismisses it all. 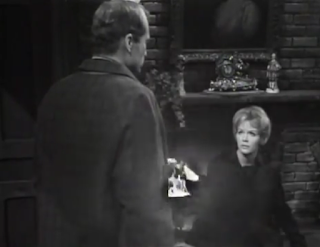 In her bedroom, Vicki discusses what she said with Carolyn. They're sure David is the boy in danger, but they don't know from who. Vicki brings up fire, and while they don't make a connection to that, Carolyn says Laura is responsible for what happened to her mother, and she'll be the one to harm David. There's a knock at the door, and Carolyn lets Dr. Guthrie in. He apologizes for putting her through the experience. Carolyn suggests that Laura has to be the force that stopped Vicki from identifying the evil in the house. Guthrie suggests that holding another seance might help, and Vicki seems reluctant. He suggests they do it in the old house, without Laura present. They leave Vicki to sleep on it. 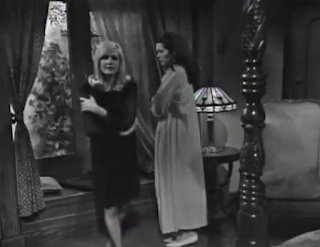 Dr. Guthrie and Carolyn come downstairs, where Roger tells him goodbye. Guthrie says he's not leaving, as the seance was a success. Carolyn speaks up and clarifies that it's her house, and she wants Dr. Guthrie there. 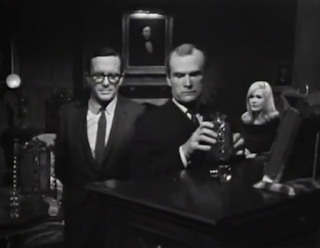 Roger tries to convince Carolyn that Guthrie isn't the psychologist he claims to be. She points out that he was present at the seance, and saw what happened. She tells him that she's not going to argue about it, and goes up to bed. 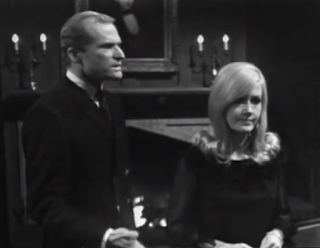 At 2:15 in the morning, Vicki bolts up and asks who's in her room. Laura comes forward and apologizes for startling her. She says she came by to see if Vicki was alright. Laura tells her that she doesn't think it's good for Vicki to stay in Collinwood. That she'd be safer to leave. She tells her David will be going away with her, so she'll need to find another job anyway. Vicki begins to respond to her, and then notices Laura is no longer there. 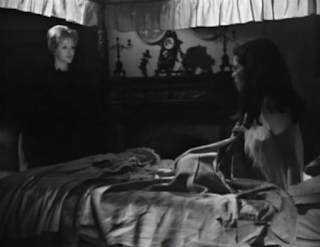 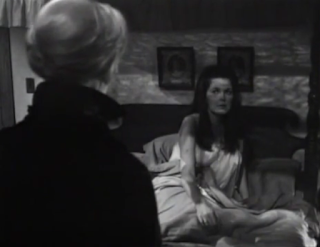 John: Seriously? Vicki and Carolyn can figure out that David is the young boy in danger, but they can't connect the dots when it comes to figuring out who has anything to do with fire? Hello? Somebody get Sam Evans on the phone, because HE knows the answer.

Christine: It is rather ridiculous for the characters to ignore the blatant clues: Laura Murdoch died by fire, the Phoenix myth she told David, the dead body in the fire in Phoenix, David's portrait with his mother in fire. Josette must be getting frustrated with these people.

John: Roger is such a nut. He thinks if he puts his head in the sand, he can avoid the supernatural things swirling around him. Fortunately, Carolyn, in her role as acting matriarch, refuses to send Guthrie away.

Christine: As Carolyn noted, he's just a big scaredy-pants. A few shots of brandy and all is right in Roger's world.

John: When Laura showed up in her bedroom in the middle of the night, I thought for sure Vicki was on the next train to Liz-ville.

Christine: Her habit of appearing at the foot of someone's bed in the middle of the night is pretty creepy. I wonder how many kids may have had trouble sleeping at night because of it.

That appearance gave me the creeps, more so than usual. Probably because of what came before.