Vicki, David and Sam wait for Dr. Guthrie to arrive at the old house. Sam asks if Josette is the one who threw herself off the cliff, and David says yes. 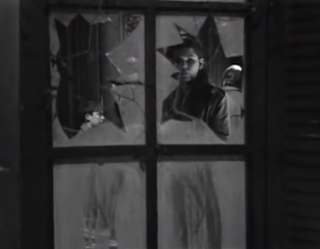 We see Dr. Guthrie driving, once again hexed by Laura, and unable to control the car as it rams into a tree. 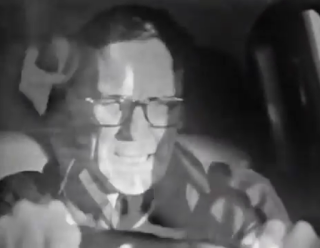 David asks if they can start without Dr. Guthrie. Sam asks where he is, and Vicki says he'll be there. 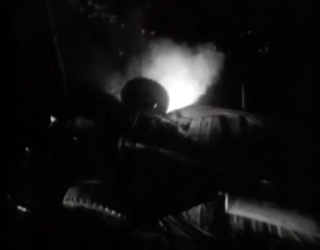 At The Blue Whale, Burke finds Joe at the bar. They exchange pleasantries, and Burke asks about Joe's adventures. Burke says Vicki told him Joe found the two empty graves at the cemetery. Joe says that Vicki wouldn't tell him that. He says she did, because Vicki needed help keeping David from Laura. Joe gets a call from Maggie. She has news of Guthrie's accident. He sits down with Burke, in shock, and says that Guthrie's dead. Even Burke is surprised. Joe says his car crashed and he was burned in a fire. Burke asks about Vicki and David, and Joe says they're at the old house waiting for Guthrie to hold another seance to find out about Laura, once and for all. He leaves for the house, and Burke says he's going with him. 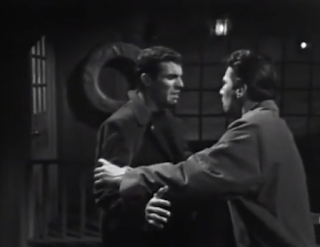 Sam says he's giving Guthrie five minutes and then he's leaving. David tells Sam not be afraid and he snaps at the boy. He asks if they can wait at the main house, and Vicki says those folks aren't supposed to know they're meeting. David asks if Vicki feels something as Josette's music begins to play. They hear a car pull up. 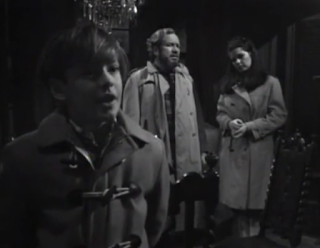 Joe and Burke rush in. Joe starts to talk, and Burke interrupts him and suggests David give Joe a tour of the house. The two leave, and Burke tells Sam and Vicki that Dr. Guthrie is dead. He says his car crashed and burst into flames. Sam says Laura was responsible for it, just like she was responsible for burning his hands. Vicki says he was their only hope of saving David, and now no one can help them. Burke goes to get David, and Vicki blows out the candles. Vicki stares at Josette's portrait, and says she wants to go ahead with the seance. Sam says he's too scared to go through with it. Burke tells him that David's life is in danger. He asks him to look at David one more time, and then decide what to do. Joe and David come down, and Sam agrees to participate in the seance. Vicki asks Joe and Burke to wait outside. She tells them not to interrupt, no matter what they hear. 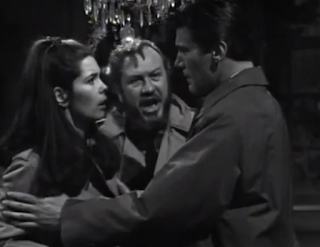 Sam, Vicki and David sit down at the table. She tells them to make an unbroken circle of their fingers. Vicki leads them in the seance, and asks them to concentrate on Josette. David begins to whine. Vicki asks if he is Josette, and he answers, "I am David Radcliffe." Vicki asks what he's come to tell them. He describes being in his mother's arms in her room, sleeping. Then there's fire as a candle ignites a curtain. He and his mother burn. He says there will be another fire, in a little house by the sea. He screams, "Take me away with you," and collapses. 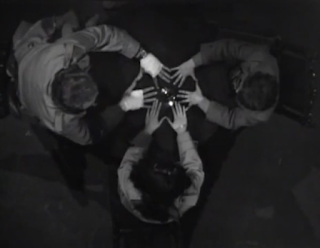 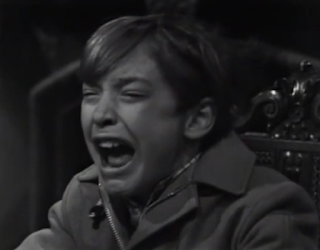 John: I don't know how to break it to Joe, but you don't get killed instantly when a car bursts into flame. Dr. Guthrie definitely suffered a grisly fate! And who would have guessed. I thought for sure he'd have been thrown from the wreckage. The only thing more disappointing than his apparent death is his no-show as a ghost at the seance...

Christine: Well, Mr. Morbidity, let's hope for Dr. Guthrie's sake that he broke his neck before his body burned. I was also hoping he might make contact. Have we seen a little, little house by the sea lately where this fire is expected to take place?

John: Nice to see Joe and Burke working together again. I wonder if Burke will be the one to ultimately save David from a fiery fate.

Christine: It's nice to have Burke no longer under Laura's spell.

John: I'm impressed they gave David some heavy lifting to do in the acting department during the seance. But since so many of our seance questions remain unanswered, I'm hoping that it will continue into tomorrow's episode.

Christine: I was surprised the ever curious David wasn't pestering everyone about where Guthrie was and why they were going to have the seance without him. 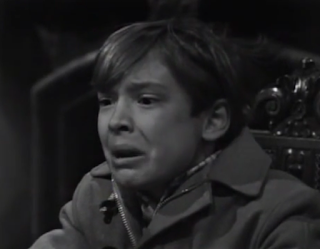