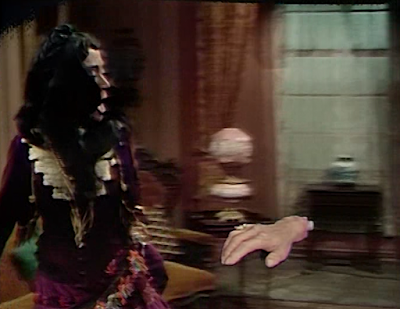 Tim peers into the old house, where Magda is at when the Hand appears in the fireplace. She runs out of the house screaming, and Tim comes in. He finds a severed hand on the floor, and picks it up. He tells the Hand that it's exactly what he needs. 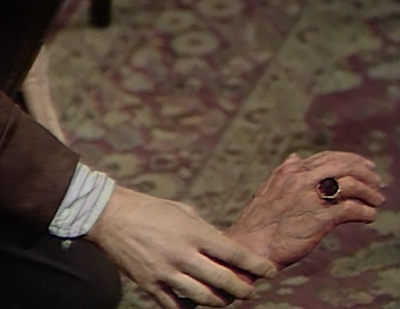 Magda comes to Collinwood and asks Quentin for a drink. She says he shouldn't come to the old house because the Hand came out of the fireplace. She says she had no idea how evil the Hand is. He says he knows, reminding her that it's responsible for the death of the son that he never saw. She wonders if she can help his daughter. He asks what happens when she marries, and has children. Magda says her sons will fear the full moon. He asks if he could do something about that, would she want him to, and she agrees. He tells her that he needs the Hand, and can give it to someone who can cure him. Magda asks who claims to know how to do it. Quentin says it's Aristede. Magda doesn't believe it, and says Quentin's a fool for believing him. He says he's willing to believe anything if it might cure him, and prevent the curse from passing down to future generations. 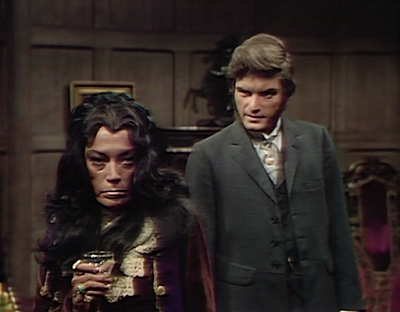 There's a knock at Evan's door, and he's shocked to see the Hand of Petofi. Tim steps forward and says they have important business to discuss. 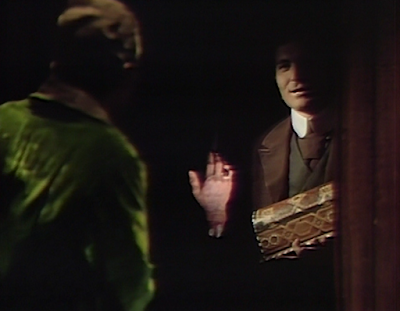 Quentin and Magda search the old house, and she says the Hand is not there. She wonders if the Hand is traveling on its own. 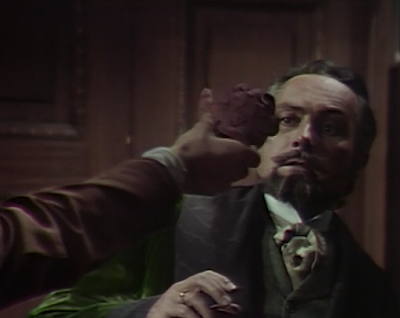 Evan tells Tim how the Hand came to be, and says that it can bring only evil. Tim then shows Evan a note, and asks him what it means. Evan reads it and says it's curious. Tim tells Evan to tell him what the Queen of Spades means. Evan denies that he does, but Tim accuses him of writing it. The oversize hand appears before Evan, and Tim asks why he wrote the note. Evan says Trask made him do it, as part of a plot to have his wife killed. Tim demands that Evan provide all the details. 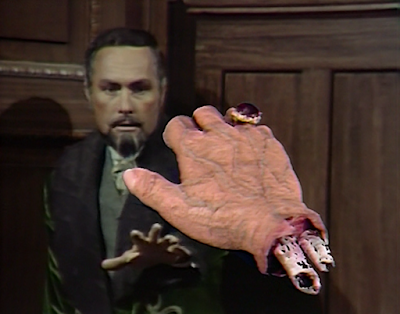 Aristede meets Victor in the woods. Victor asks for the Hand. Aristede says he doesn't have it, and Victor slaps him around. Aristede explains that Quentin didn't bring it to The Blue Whale. Victor is not interested in his excuses. He says he has relied on Aristede for too long. Aristede says it's too dangerous to come out in the open. Victor makes a fist with his left hand and says that he must have that Hand. 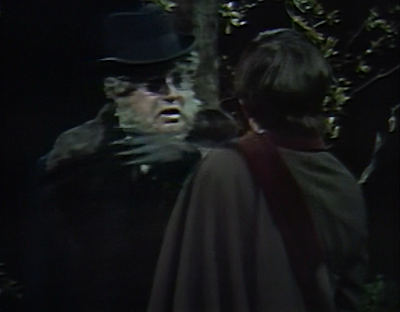 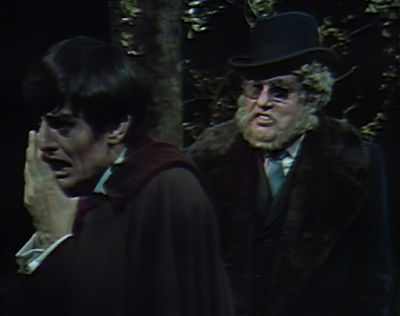 Aristede and Victor search the old house when Quentin and Magda come in. He asks what they're doing. Victor says they can conduct their business in a more pleasant manner. Quentin asks what business he's referring to. Victor says Quentin has something he wants. Quentin knows he wants the Hand, and asks why. Victor says that he owned it once. He says he collects unique things, and accuses Magda of having the Hand. He says every gypsy has a price, and he's willing to pay it. She says she doesn't have it. He doesn't believe her. Aristede steps forward and slaps her. Victor tells Aristede to get out, and apologizes to Magda. 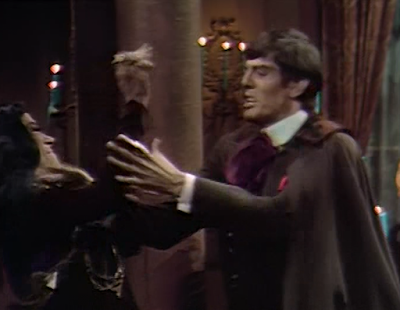 He pours her a drink, and she notices his cufflink matches the mark on Julianka's forehead. Victor starts to walk away, and Quentin grapples with him, ultimately pulling his right hand off. Magda realizes that Victor is in fact Count Petofi. 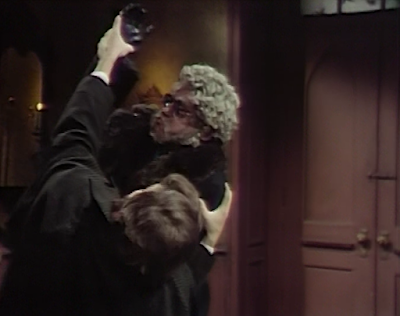 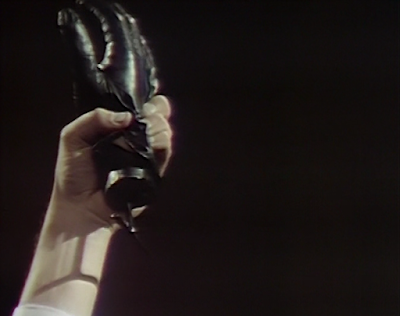 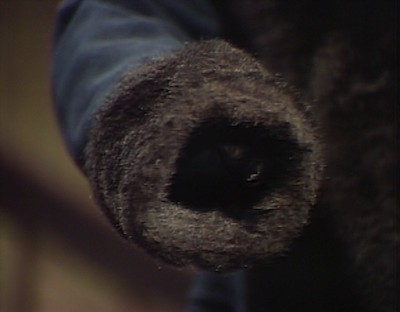 John: I think you're right that Chris Jennings is the offspring of Quentin's unnamed daughter.

Christine: I can't believe how easily Quentin was fooled by Aristede, the guy who strapped him to a table below a descending pendulum blade, no matter how desperate he was for a cure.

John: So how did Tim become the master of the Hand of Petofi? And where did it go after threatening Evan? I did like the use of a practical effect (and some black curtains) to make it appear like the hand was just outside of Evan's front door. 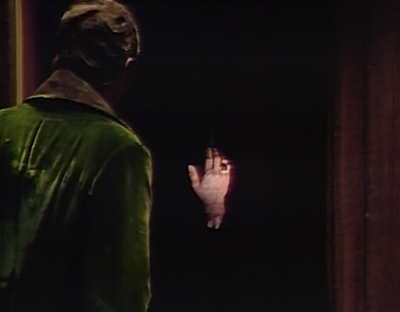 Christine: Tim is certainly not the gentle, law-abiding schoolmaster he once was. I guess being hypnotized by a satanist could do that to you. I'm not quite sure how the Hand became his personal pet, though it may have something to do with Tim's desire to seek vengeance. That may be something the Hand can relate to.

John: So Victor is in fact Count Petofi. Former werewolf, and enemy of gypsies. And the poor guy just wants his hand back. Though I don't really understand why, as it's not like the hand is operating under his control.

Christine: Maybe the Hand enjoys the freedom of being on its own to mangle faces and fly around willy nilly as it desires, and is not anxious to return to its owner, who is quite fond of abusing his hand to beat on others. Lots of nice reveals today that set us up for some interesting episodes next week. 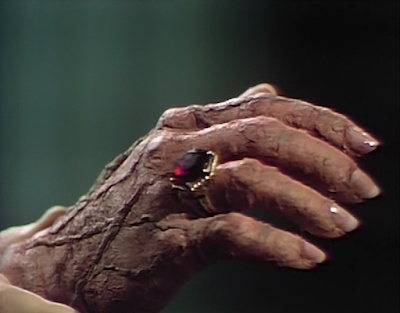