Amy takes Chris' bloody shirt and throws it on the fire. She speaks to Beth, who is not present, saying she's done what was asked of her. Chris returns to find Amy. He asks her if something is wrong, and she says she has to go. She runs off. Chris sees there's something in the fireplace, and realizes it's his shirt. 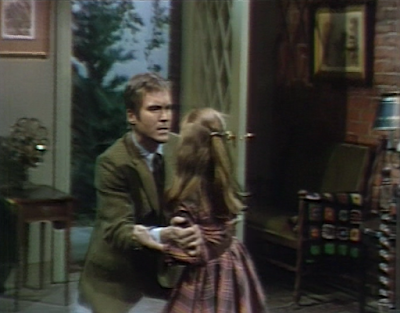 Barnabas and Julia wonder why Chris lied about his whereabouts. Barnabas points out that the attacks began around the same time Jennings came to town. He says the man turned to an animal. The first victim was at the Collinsport Inn, where Chris was staying. Barnabas explains that he's been reading about werewolves, and they fear silver. He says that explains the werewolf's fear of his cane, and Julia remembers Carolyn was wearing a silver bracelet. Barnabas says they'll know for sure tonight, when the moon is full. 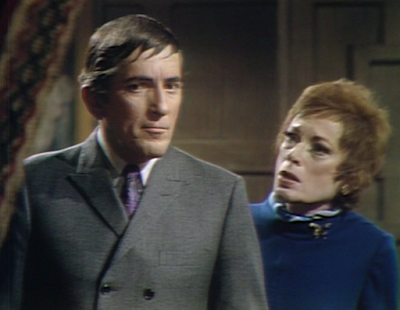 Chris comes to Collinwood to visit Amy. She mentions how Mrs. Stoddard has told her about her ancestors, and she asks Chris about their ancestors. Chris asks Amy if there's something she doesn't understand that needs to be explained. He asks if she has any questions about him. He asks her why she came to his room and started the fire, and why she threw his shirt in the fire. She tells him that it was dirty. 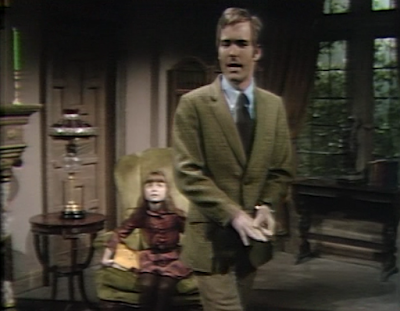 Carolyn comes in with Donna, who is amazed by the house. Chris sees the pentagram on Carolyn's face. She asks him what's wrong, and he plays it off like there's nothing wrong. Carolyn and Donna leave. 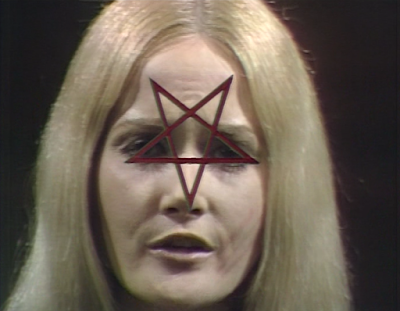 Outside the door, Donna tells Carolyn that he's her type—moody. Carolyn agrees with Donna's assessment.

Amy asks if Chris is mad at her. She says she was mad at herself when she left the cottage. Chris asks her who called her out of the cottage. He reminds her that she said it was a woman. Amy describes how sometimes she hears people calling her. Sometimes she thinks it's Chris calling, and sometimes he seems unhappy.

Donna stands before Barnabas's portrait, and says that he must have posed for it. He asks her how old that would make him. Carolyn suggests that Donna should come by the old house to see things there. 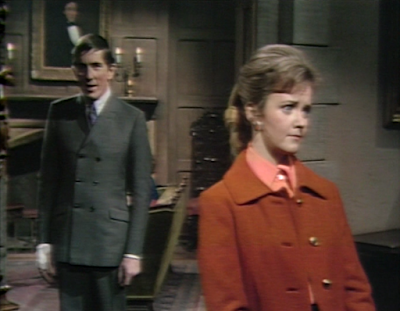 Chris walks by the drawing room, and Barnabas suggests they all get together for an impromptu dinner party tonight. Chris says he's got a business meeting in Bangor he's just about to leave for. Donna asks if he can drive her, to save her the bus trip. Chris reluctantly agrees. 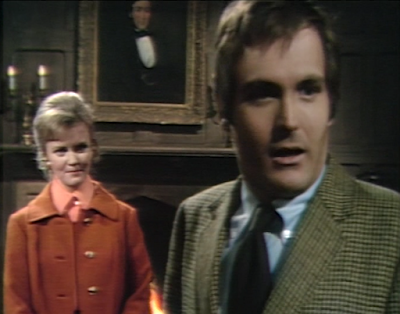 Donna asks Chris if he lives on the estate. He says he stays in an old cottage. Donna asks him if she can see it sometime. Chris says he's got a headache, and Donna offers to drive. Chris suggests that she just take his car, and leave it at the bus station. He gives her the keys and runs off.

Carolyn tells Barnabas and Julia that she doesn't really know Donna that well, but Donna acts like they're the best of friends. Carolyn leaves, and Barnabas says he assumes Chris has already made his excuse and returned to his cottage.

In the cottage, Chris checks his beard to see if he's turning into a werewolf yet. There's a knock at the door, and Donna has brought him his keys. She says it doesn't make sense for him to walk into town. She asks if she can come in to call a cab. He starts to scream, and tells her to go. She says she should have known why she's attracted to him—he's crazy. She watches him transform, and screams and runs away. 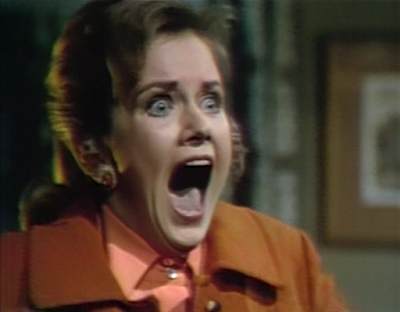 Barnabas takes his cane and goes to find Chris at his cottage. 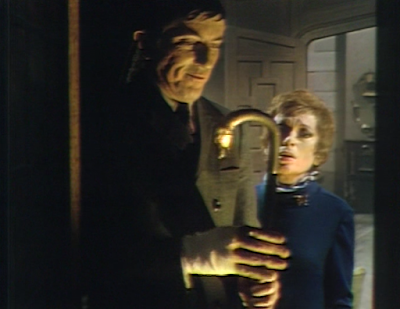 Donna runs screaming through the woods, pursued by the werewolf.

Barnabas finds Chris' cottage in shambles.  Julia comes in and asks if it has happened.

Donna's body lies in the woods as the werewolf howls. 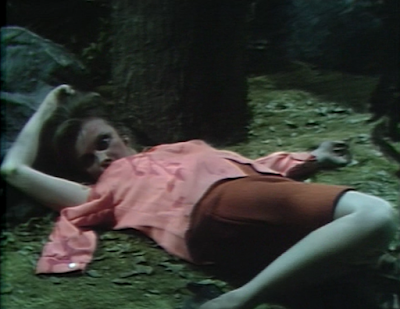 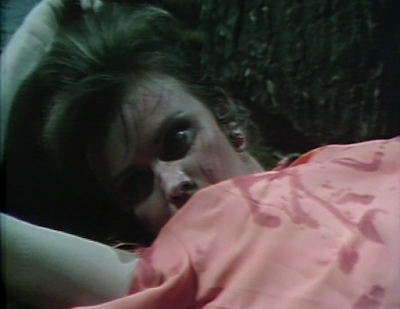 John: Ah, good old Barnabas, casually reading up on folklore. I guess it's just assumed that card-carrying members of the Monster Club would already be fluent in their fellow members' strengths and weaknesses.

Christine: So, did he go to the Collinsport library to read up on werewolves, or do they have a collection of texts on lycanthropy housed at Collinwood?

John: When Chris asked Amy if there was anything she had questions about, I was wondering if she was going to ask him where babies came from.

Christine: Chris seemed much angrier at the beginning of the episode today than he was at the end of yesterday's show. It's understandable considering Amy burned his favorite shirt to wear on full moon nights. 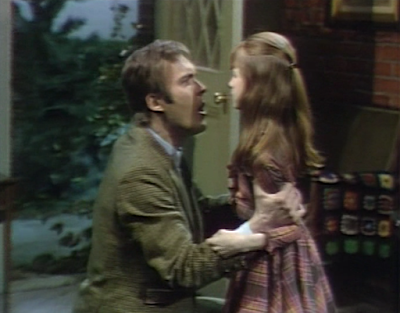 John: In classic Star Trek fashion, we knew we didn't need to know who Donna was thanks to her (almost) red shirt that all but guaranteed she wouldn't live to see the end credits. The only question I have is why the pentagram cam was pointed at Carolyn and not her? And do you think the writers were trying to send a message to forward women? Pursue the bad boys and it could be the death of you...

Christine: I thought that message was loud and clear, especially when she admitted she was attracted to him because he was crazy. I assume Carolyn got pentagram cammed because she was going to be the intended victim until Donna decided to take her place. I really enjoyed the moment when Chris declined Barnabas' dinner invite (was anyone else thinking about the last time Barnabas threw a party), suggesting they make it another time, and Carolyn responds by saying, "Barnabas may not be in the mood some other time," and Barnabas says, "Exactly!"