Chris looks out the window, and then starts struggling, as if he's about to turn into a werewolf. Maggie arrives at the cottage, and asks him to let her in. She says it's about Amy. He reluctantly lets her in, and she asks if he's all right. She tells him that Amy fainted and wants to see him. He sends her back to the main house, saying he needs a few minutes alone. 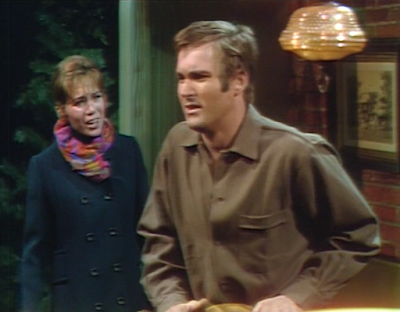 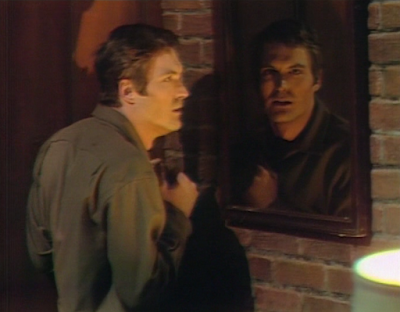 Maggie returns, and tells Carolyn he was rude. Carolyn says he was behaving strangely earlier today, too. Carolyn says there's something strange with the children. They were upset when they found that she had gone to get Chris instead of Carolyn. She adds that Amy seems to have had a miraculous recovery. She asks Maggie to tell Chris that she'll be back shortly. It's her mother's birthday and she's going to the mausoleum. Maggie asks Carolyn if she really thinks her mother is dead. She says that after three weeks, she's gone to the mausoleum every day. She suggests it would be better if she could accept what happened. Carolyn reiterates what her mother said about being buried alive, and says she wants to believe it. 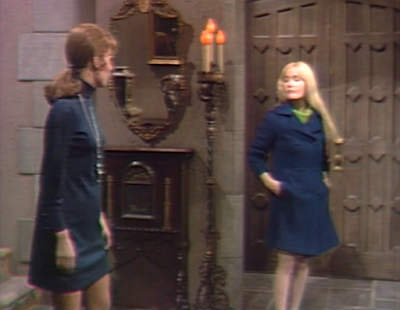 Chris struggles in the cottage, returning to the window to see the full moon. He begins to freak out, and then becomes perfectly still in order to complete his transformation to the werewolf. He goes to the mirror, and then proceeds to tear apart the cottage before running out the front door. 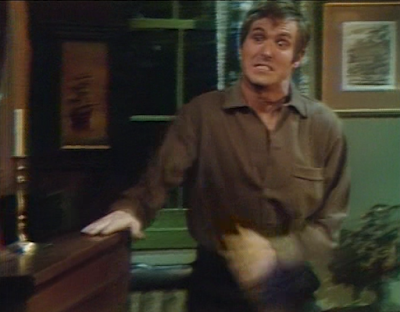 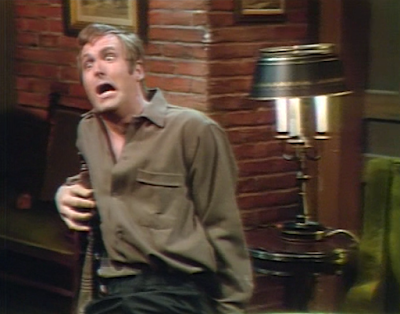 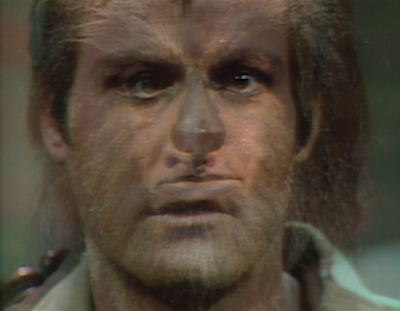 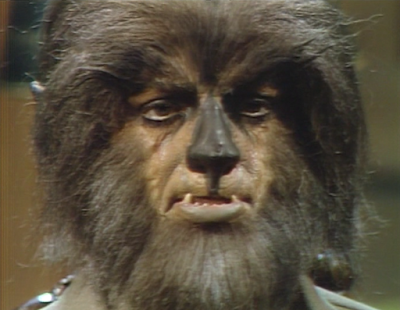 Carolyn looks down at her mother's coffin.

Inside her coffin, Liz tries to communicate to Carolyn that she is alive. She knows that Carolyn is in terrible danger. 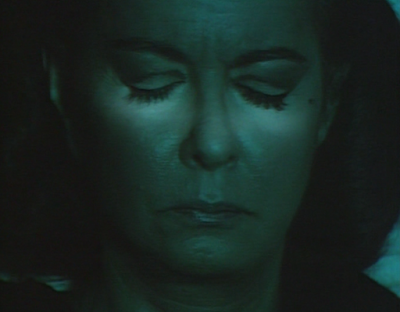 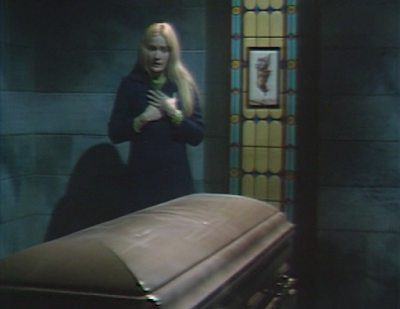 Liz tries to communicate with her, begging her to stay, but she leaves. 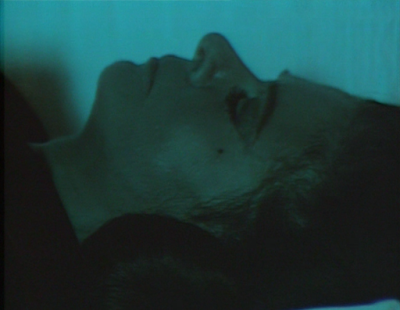 The werewolf prowls through the woods. 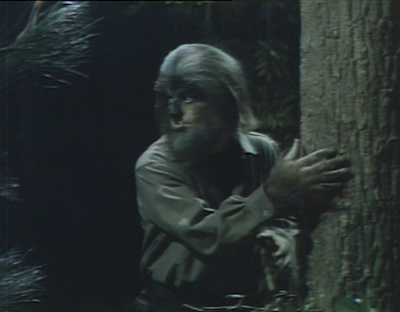 Maggie and the kids come downstairs. David asks where Carolyn is, and Maggie tells him she's at the mausoleum. They go into the drawing room, and Maggie asks if Amy was pretending when she fainted. She says she wasn't. Maggie asks how she recovered so suddenly. David says girls always have dizzy spells. Maggie asks why they were upset when they found out she went to the cottage to get Chris. They both deny it. Amy points out that Chris and Carolyn like each other. Maggie brings up the other strange things that have been happening, like Mrs. Johnson seeing a strange man at the cottage. 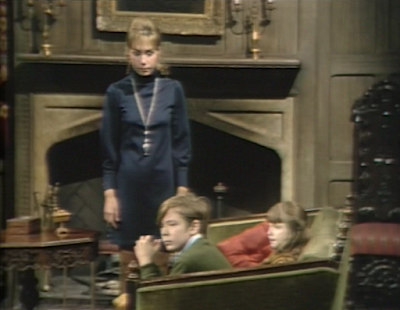 She hears the front door, and Maggie goes to find Carolyn has returned. She asks where Chris is, and Maggie says he hasn't arrived yet. Maggie tells her she's going to take the kids upstairs, and Carolyn says she'll wait for Chris.

The werewolf continues to prowl.

Carolyn is upset that Chris didn't come to see Amy. She asks Maggie to call him.

The werewolf arrives in the cemetery. 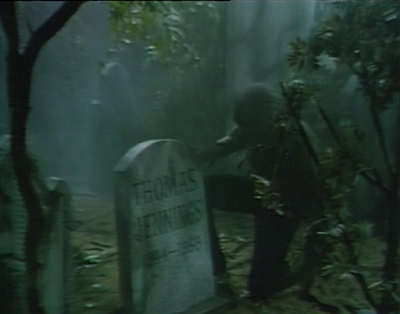 In her coffin, Liz tries to warn Carolyn of the danger.

Carolyn says she's going to the cottage to give Chris a piece of her mind. She leaves.

Liz tries to come up with a way to warn Carolyn. 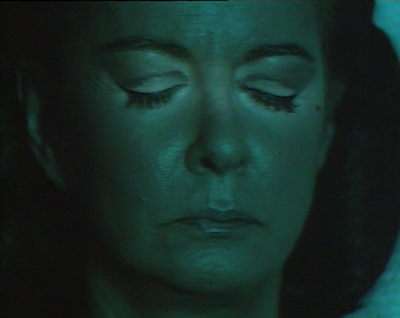 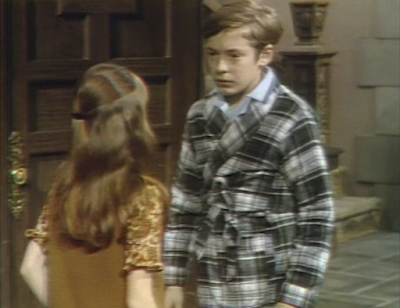 Carolyn arrives at the cottage to find it in a shambles, with Chris nowhere to be found. She runs back toward the main house. 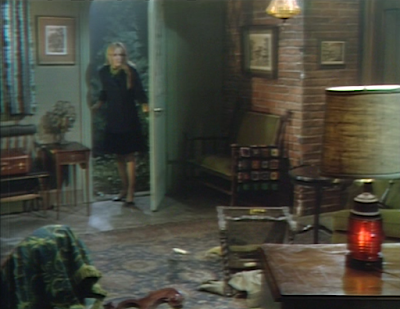 Liz continues to stress about the danger Carolyn is in. 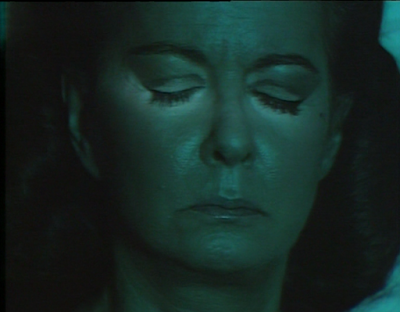 As she makes her way through the woods, Carolyn hears a rustling. She calls for Chris, but no one answers. The werewolf is not far behind her.

Carolyn hears her mother's voice telling her she's in danger. 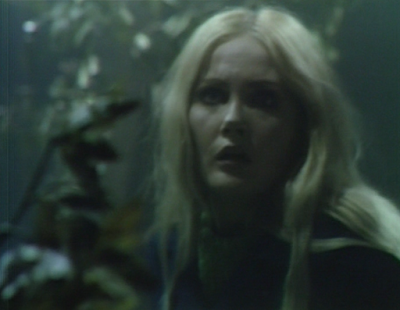 The werewolf gets closer... 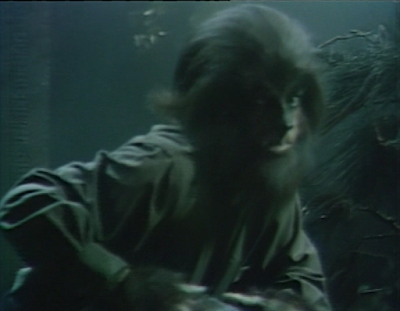 John: I get that they need Chris to sit still in order to do the matched dissolve to the werewolf, but maybe he should ease up on the twitchy behavior leading up to it so it doesn't seem so ridiculous when he suddenly goes catatonic for a few seconds.

Christine: Don Briscoe has not been given the pleasure of actually acting the werewolf part as he did the vampire, so he has to make the most of every moment leading up to it. His stillness before transformation is not unlike Lon Chaney Jr.'s transformations, so there is precedent.

John: Couldn't the werewolf actor have done his own growling? They lay in the growling track in ham-fisted fashion, as if it were just another one of Robert Cobert's musical cues.

Christine: I agree that it would have sounded much better to have used Alex Stevens' own growly voice, which can be heard during his costumed appearance on What's My Line, but perhaps they couldn't pick up his growl on the overhead microphone with all his furry face make up and prosthetic fangs in place. It may not have been quite as bad had he done something with his mouth to give the appearance that he was responsible for the growling sounds. The werewolf growl track is right in line with the squeaky bat track. Let's hope those two sounds are never played at the same time.

John: Rough day for Joan Bennett today. Just appear on the coffin-cam for a while without moving, and record a few lines.

Christine: Did I hear correctly that she's been entombed for three weeks? She's remarkably calm for being in such a confined space for so long, especially after the level of anxiety she had about being buried alive. I expected her death spell to be broken by the incineration of Angelique, but perhaps it means that Angelique is still kicking around town in some form or another. Incidentally, Carolyn said it was her mother's birthday today, making it February 28th on Dark Shadows, as that's the birth date recorded in the Family Register seen in Episode 267, unless Carolyn was just making it up for the sake of drama.
Posted by John Scoleri at 6:00 AM