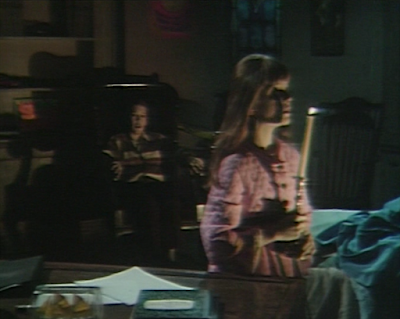 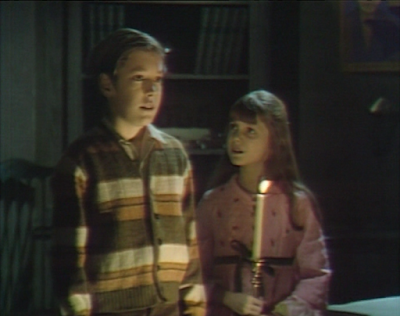 There's a knock on his door. Amy hides behind the door as Maggie walks in. She asks where Amy is, as she heard them talking. Amy comes out from behind the door. Maggie asks David why he lied. He says he was afraid he would be punished, and she says he should be punished for lying. Amy says that she came on her own. She tells Maggie that she had a dream that David was dead. She tells her that she had to confirm David was okay. Amy says that so many people she knows have died, she's scared to get to know people. Amy tells Maggie that it's the scariest thing to lose someone you love. 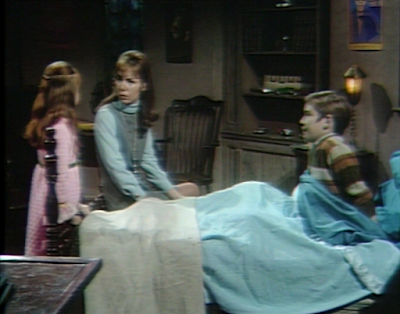 There's another knock at the door. Amy hides as Maggie answers it. Mrs. Johnson says she heard voices. She says Amy is not in her room, and Carolyn gave orders that the children were not to play together today. Maggie tells Mrs. Johnson that she'll find Amy. After Mrs. Johnson is gone, they thank Maggie for not telling on them. Maggie goes outside to confirm Mrs. Johnson is gone, and Amy tells David she hopes they don't have to play the game with Maggie. David tells Amy to go to her room and put on the clothes. He says they will play the game tonight. 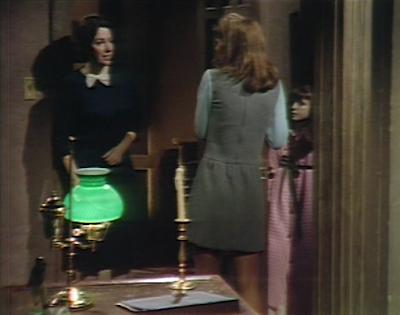 Carolyn returns home with Chris, and offers to let Chris live on the property in the cottage. He asks her how close it is to the main house. She says it's isolated, and he says he likes privacy. He accepts her offer. She asks him if something's wrong, and he says that he looked at her as if he wants to kiss her, but he never does. He tells her that he may be starting to like her too much. He explains that he's not the kind of guy she should get involved with. She convinces him to kiss her. 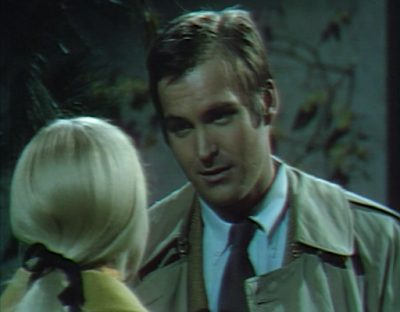 Amy returns to David's room wearing the old clothes, as he is. She asks if they have to play dress up, and asks what Quentin wants them to do. David then hears Quentin's music. He tells Amy to light her candle. He tells Amy to come with him. They sneak out, and head towards the West Wing. 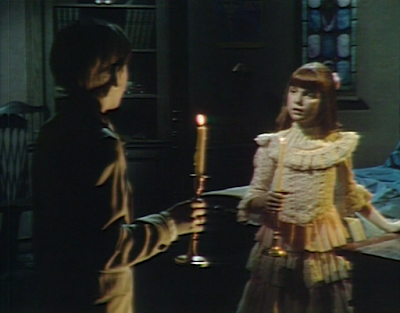 Carolyn asks Chris when he'd like to move in, and they agree on tomorrow.

As the kids sneak through the house, they hear Chris and Carolyn talking. She asks if David is a good influence on Amy. She mentions the fight they had earlier. Chris says there was probably nothing to it. Carolyn tells Chris that David is changing. She invites him in for a drink, but he says he needs to go. He kisses her and leaves. Carolyn goes upstairs. 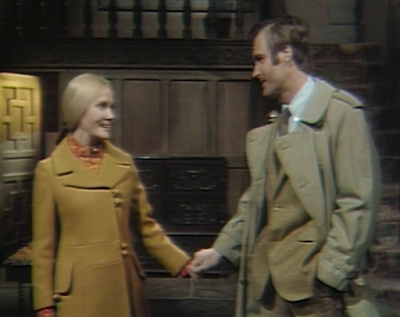 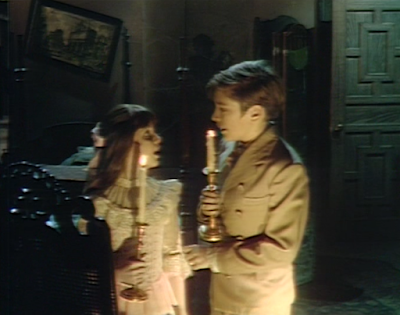 Mrs. Johnson hears voices talking about stopping someone. She opens the door and finds Amy and David in the room. She asks them what they're doing. He says they're just playing. She reminds them that they weren't supposed to play together today, and they should be in bed. She asks what they're wearing, and Amy says they're clothes they found in the attic. She says they're just playing dress up. Mrs. Johnson asks what they were talking about, and they say they were acting out parts like they were in a play. Amy asks if they're going to be punished, and she says that's up to Carolyn, and she has to tell her. They go off to their bedrooms. 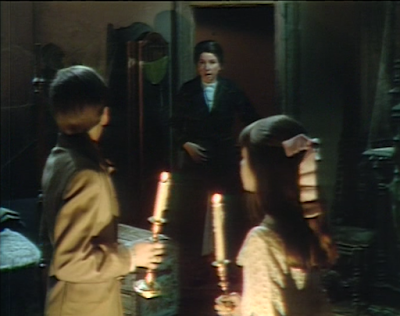 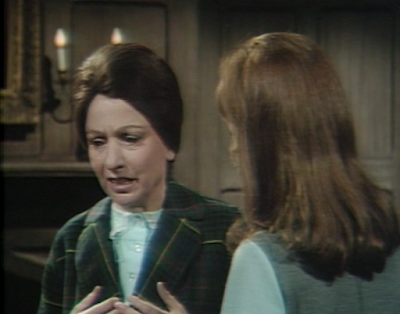 In David's bedroom, Amy says she feels funny. She says she doesn't feel like Beth, and she doesn't want to be Beth. He says she is Beth, and she can't talk like that. When they're wearing the clothes, she's Beth and he's Quentin. He tells her that they can't get caught again. Amy asks what will happen now, and he says that something is going to happen to Mrs. Johnson. 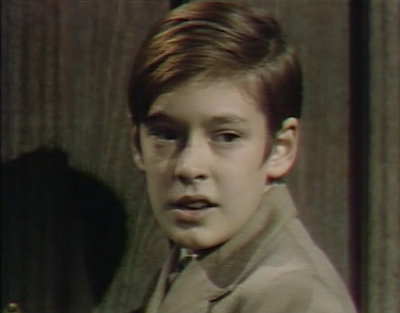 John: Can't wait for Roger to return to find out that Carolyn has invited her latest boyfriend to live on the property. The only thing more surprising to me was that Chris so readily agreed. I guess now that Joe is safe in Windcliff, he doesn't worry too much about wolfing down on anyone else in Collinsport.

Christine: How interesting that he's decided to go with a close-cropped, less wolfy hairstyle to woo Carolyn with. He's going to have to resume his monthly camping trips for that relationship to survive.

John: How does sneaking through the West Wing lead to the drawing room? And the room they're going to is downstairs? It's as if they've just given up on trying to make sense of the house geography.

Christine: I was utterly confused by that. Am I understanding correctly that the game is all about the kids dressing up like 18th century children to pretend they're Quentin and Beth, and then doing harm to anyone they don't like or who gets in their way?

John: I'm with Mrs. Johnson. The kids are getting creepier. I just wish they would quit dragging things on and give us some substance on who Quentin and Beth are. I'm curious, when the time comes, if the woman with the curse they're referring to is still the Magda mentioned some time ago. As long as it's not Angelique...

Christine: I agree. Let's hope we get to see more of Quentin and Beth soon. 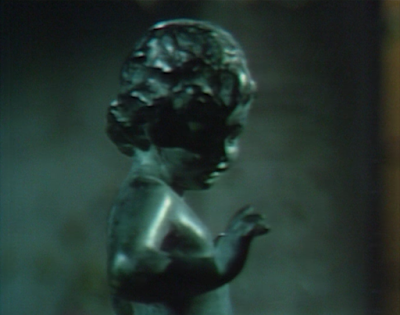