Standing over Vicki's gravesite in Eagle Hill Cemetery, Barnabas says he must go back to help Vicki. Julia reminds him that when she was hanged before, she was sent back to the present. He tells her that last time, there was someone here to take her place, but the grave proves that she didn't come back this time. He says he has to go back a few hours before the hanging. He tells her he would change the events the night before they hanged her. He says his mother found his coffin that night, and took poison. 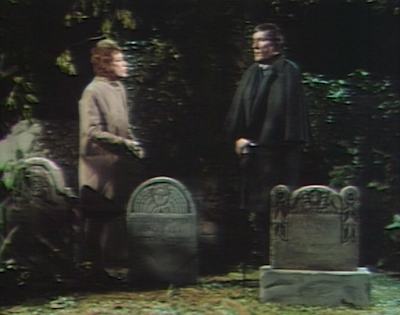 In 1795, Barnabas and Ben discuss what happened to his mother, and they blame Nathan Forbes. His father comes in and tells him that his mother has died. He then says that he must destroy Barnabas to end the curse. Barnabas asks if he'll drive a stake through his heart. Joshua tells him that he will fire a silver bullet through his heart, and it will destroy him instantly. Barnabas says that before he does, he will kill Nathan Forbes. 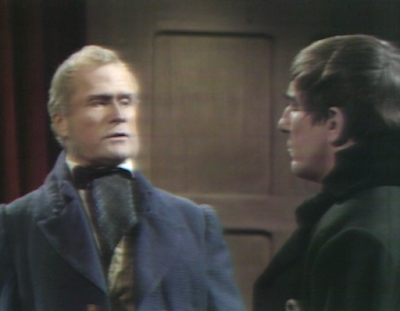 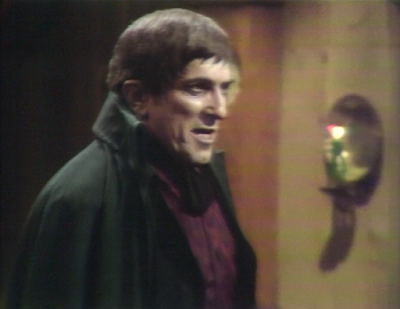 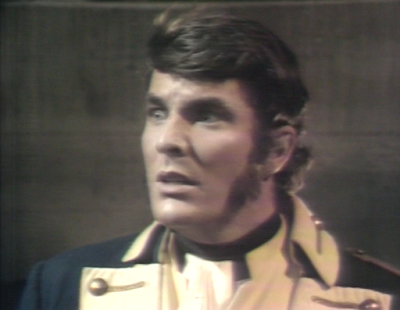 Forbes goes to see Joshua, and says he shot Barnabas but nothing happened. Joshua tells him of Barnabas' vampire curse. Joshua says they both blame his wife's death on him. He says he almost feels sorry for him, but there's nothing he can do to help him. Ben describes how Forbes could kill Barnabas with a stake in the morning, but he tells him he'll be dead before then. 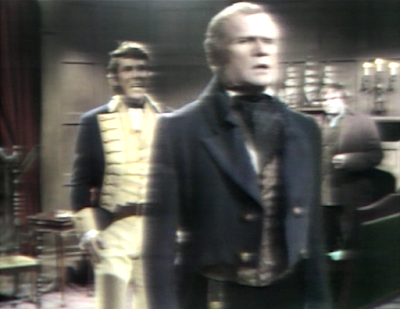 Forbes pleads with Joshua for help, and when he sees a crossbow on the wall, he tells him he no longer needs him. Joshua leaves him alone, and Forbes grabs the crossbow. Barnabas returns to Collinwood and is confronted by Forbes. He fires the crossbow bolt into Barnabas' chest, but misses his heart. Barnabas attacks him. 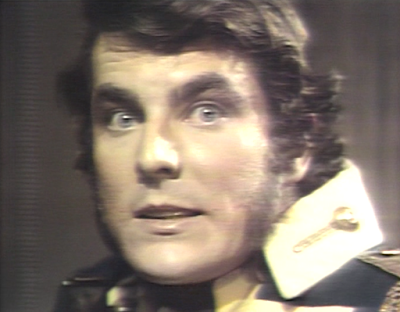 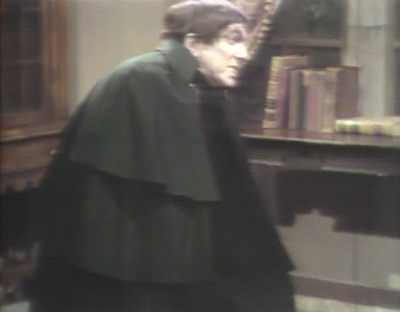 Barnabas discusses his final destruction with his father. Barnabas asks his father to free Ben, and to prevent Victoria Winters from being hanged. Joshua says he wasn't able to convince the judge to listen to him. Barnabas tells him to use his prestige with the governor, and he agrees. They say goodbye, and Barnabas leaves to return to his coffin. 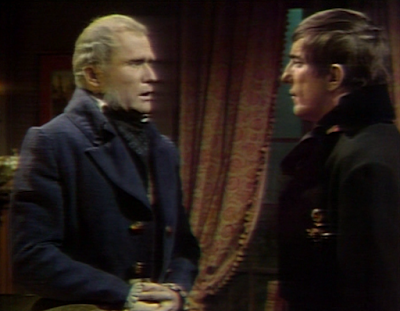 Barnabas says he assumes his father couldn't bring himself to shoot his son, and decided to have Ben chain up the coffin. Ben does so, and says goodbye to Barnabas before leaving the secret room in the mausoleum one last time. 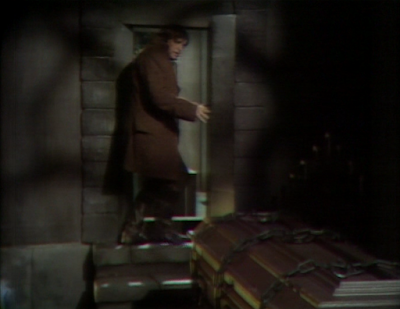 Barnabas tells Julia that he was chained in there for 200 years until Willie broke in and freed him. Barnabas says he should have let Forbes live so he could recant his testimony against Vicki. He says that is what he will do. He tells Julia that he will summon Bradford to bring him  back for one night so he can change what happened. He calls for Peter Bradford to send him back, and he watches as Julia and the gravestones for Vicki and Peter disappear. 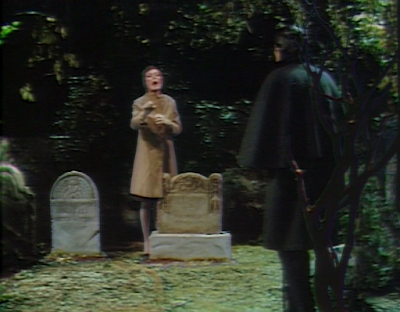 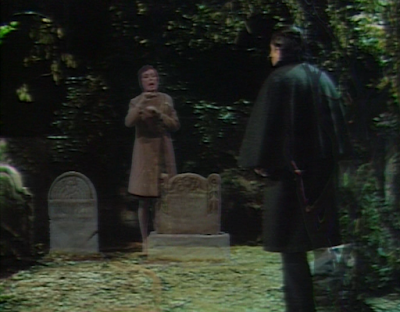 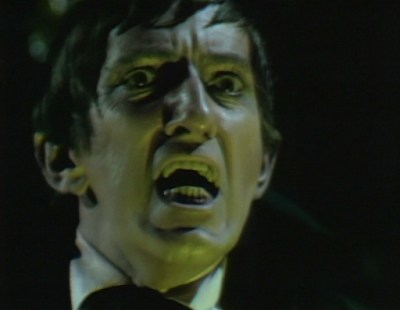 John: Wouldn't Barnabas want to go back more than a few hours early just to be safe? Maybe even early enough to save his mother?

Christine: What he really should do is go back to the time he was in Martinique and not allow himself to get involved with Angelique. That would save not only Vicki, but also his uncle, sister, mother, and his beloved Josette, in addition to preventing him from becoming a vampire.

John: Barnabas asks Julia to meet him at the grave in 48 hours, after telling her that he's going back for 24 hours? Does he need an extra day to freshen up?

Christine: Maybe it takes that long to get there and back. Barnabas makes time travel look as easy as creating life from dead tissue.

John: Did Barnabas become a vampire by traveling back in time? I know better than to ask these questions, because the rules seem to be made up by the writers on the day...

Christine: It appears so, though we'll see when he returns to the present if Julia was right about him coming back a vampire. Since the fate of Adam is unknown, he may no longer have the protection from the curse that Adam conferred. The bulk of this episode was made up from repurposed footage from episodes 459 and 460, which is not a bad thing since they were both excellent episodes directed by Dan Curtis, with some of the best scenes Jonathan Frid and Louis Edmonds ever had together.
Posted by John Scoleri at 6:00 AM

He also could go back to before Trask was killed and make him retract everything.
As the site "Dark Shadows Every Day" says, Barnabas is one of the worst planners you can imagine in a fictional story. In the case of 1795, he kills both Forbes and Trask instead of scaring either one into clearing Vicky. And neither one is done "in the heat of the moment," so it can't be blamed on that.