After dawn, in 1796, the Countess and Forbes enter the mausoleum. She says she had him released from prison to do what must be done. He has a stake in his hand, and she opens the secret door. She tells him to open the coffin. He does, and the find Barnabas sleeping inside. She tells Forbes to destroy him, and he raises a mallet into the air, only to be interrupted by Ben who pounds a crowbar on the brick while calling out to Forbes. He wrestles the mallet away from Forbes. The Countess asks if Ben knows what Barnabas is, and he explains that he's the victim of Angelique's curse, and he will help him. Forbes draws a gun on Ben, and tells him they're taking him to the constable. Ben advances and Forbes shoots him. Ben grabs Forbes and pounds his body on the steps, killing him. Ben tells the Countess that she knows too much. She tries to run away, but Ben inadvertently kills her, too. 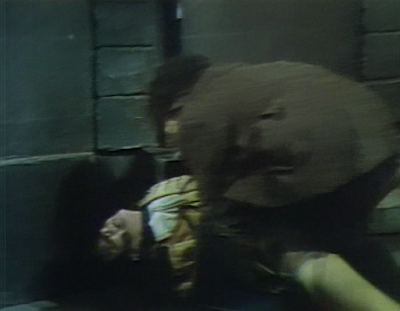 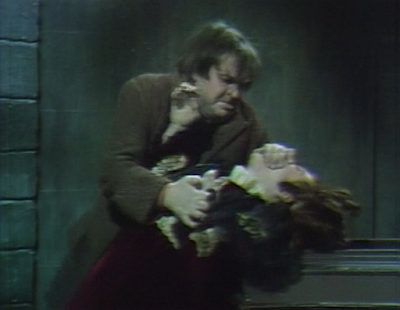 In 1969, Julia tells Willie she's going back to the cemetery. Willie says that Barnabas wasn't there last night. She tells him that she saw Barnabas disappear, and she believes that her being in the graveyard is necessary for him to reappear. She leaves, and Willie remembers finding Barnabas in the mausoleum. He runs out after her. 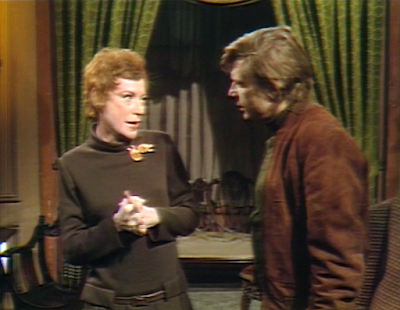 Julia is in the cemetery, trying to will Barnabas back, when Willie arrives. He asks what happened to the gravestones for Vicki and Peter, and she says they were gone yesterday. She tells him that Barnabas managed to save them, but he may have trapped himself. She calls for him again, but there's no sign of him. 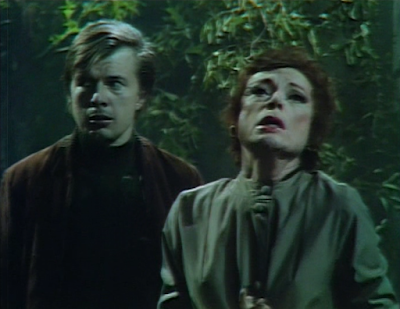 Bacm in 1796, Barnabas asks Ben why he didn't chain him in the coffin. Ben tells him that Forbes and the Countess found him, and Forbes was about to drive a stake through his heart. Ben says he had to kill them. Now that he's a murderer, he says he needs his help. Barnabas sees that Ben has buried the bodies, and tells him he needs to get rid of the Countess' belongings before his father returns. Barnabas says he needs to chain him in the coffin in the morning. 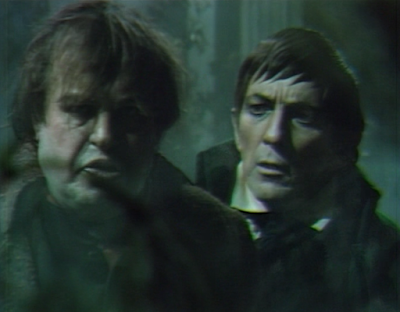 In 1969, Willie brings Julia soup. He says that maybe Barnabas wants to stay in the past. Julia points out that he's a vampire back then. Willie asks what if Barnabas comes back the way he found him - in the mausoleum. He suggests that he'll try that. She says that if he's in the coffin, it means he's a vampire again. 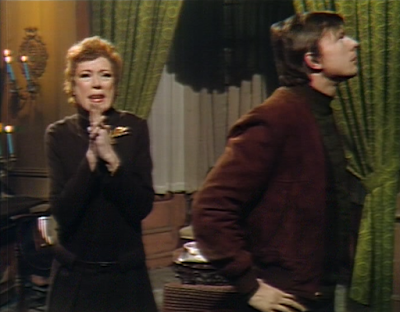 Willie returns to the secret room in the mausoleum, and sees the coffin is not chained shut. He opens it, and finding it empty, closes it again. He leaves the mausoleum, disappointed. Outside, it's dawn.

Inside the secret room, chains materialize around the coffin. Inside the coffin, Barnabas screams for help. 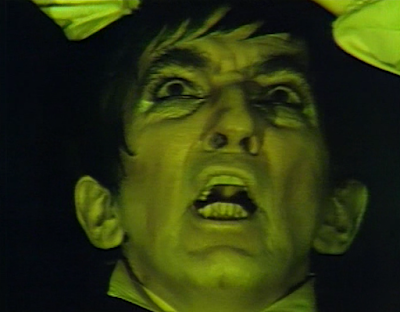 Willie returns to the old house. Julia tells him the coffin was empty. He asks her if she'll try again tonight, and she says she's not sure. She goes up to bed and he tells her he's sorry. He says that maybe tomorrow will be different. After she's gone, he hears crying, and sees the ghost of Josette. He runs towards her and she disappears. 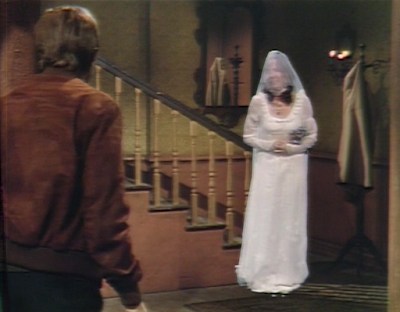 He calls for Julia. She comes downstairs and he tells her that Josette's ghost appeared to him, crying. He says she only appeared to them whenever Barnabas was in danger. He then hears a heartbeat coming from behind Barnabas' portrait. He says that's how he found him before. He says Barnabas is in the mausoleum and he's alive. 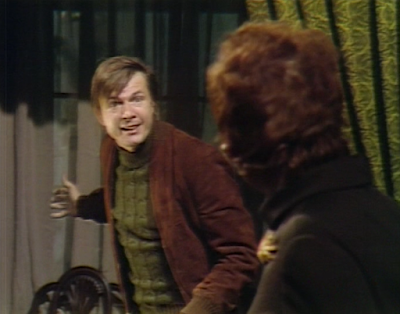 Barnabas continues to struggle in his coffin. 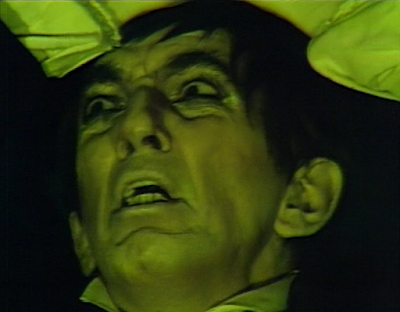 John: Did Ben get shot by Forbes or not? He clutches his chest like he did, but then kills Forbes with his bare hands. 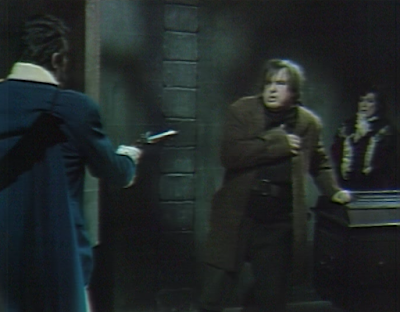 Christine: I think he was clutching his chest from surprise. The only thing that fired from that gun was a loud sound. I wonder how Ben becoming a murderer may affect the life of his future relation, Professor Stokes.

John: How is it that Julia would know that Barnabas would become a vampire by traveling back to 1796? That still doesn't make sense to me. I guess this time travel interlude was deemed the most expedient way of getting rid of Vicki and bringing a vampire back into town.

Christine: Julia may not have known for certain that he would become a vampire, it is just what she fears most. I'm sure she hasn't forgotten all the times he choked her, or how mean and nasty he was to her when he was a vampire before.

John: When there weren't chains on the coffin, why would Willie even bother checking for Barnabas? Without chains, he wouldn't be trapped in it. Poor guy has crap timing. A few minutes later and he would have been there to welcome his old boss back.

Christine: At least he figured it out after Josette made an appearance. I don't understand why Barnabas is freaking out in his coffin. It's not like he hasn't spent time in a closed coffin before. Does this mean he suddenly appeared in 1969 right after Ben chained him in 1796, or has he been freaking out for nearly 200 years? I could understand if he were human and running out of air, but he's definitely still wearing his vampire makeup. 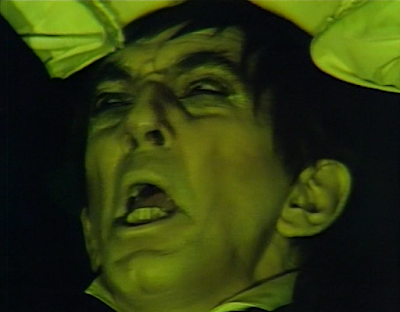 A few days ago I lamented Joel Crothers's exit. Apparently that was just his exit as Joe. I never expected to return to 1795/6 and see Lt. Forbes again. His death a day later probably won't change history too much, but Ben's killing of the Countess has to cause HUGE ripples! But being DARK SHADOWS I'm sure everything will be fine. They change the past on this show all the time!