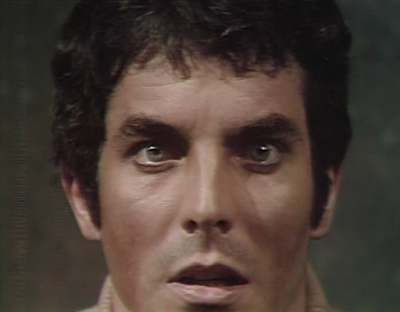 Julia calls Chris to let him know that the Sheriff picked up Joe and has him locked up. She says Joe keeps talking about him, and he may be the only one who can calm him down. 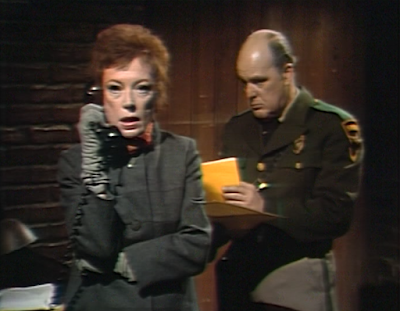 Julia goes in to see Joe. He tells her they have to find Chris, and they have to get Amy out of Collinwood so she never sees it. They don't know what he's referring to. He adds that everyone is in danger. He asks where Maggie is, and when Julia says she's in Collinwood, he tells her he'll take her away, too. Joe asks Julia why she stopped him from taking Amy away. She says that Amy didn't want to go. Joe pictures the werewolf, and screams that he knows who it is. 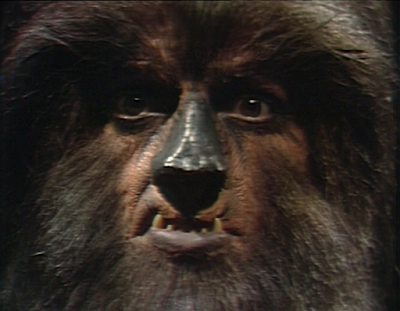 Chris arrives and the Sheriff lets him in. Julia asks Chris to try and talk to Joe. He approaches and Joe threatens to kill him. Julia gives Joe a sedative, and he cries that he can't take the dreams. 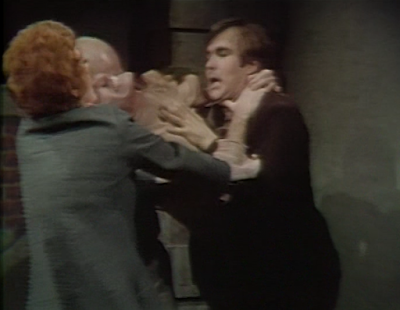 Outside the cell, the Sheriff asks Chris if he knows what happened to Joe. He says it appears that Joe saw something so frightening that it sent him off the deep end. He asks what Joe meant when he said he still had the gun. Chris says he doesn't know why Joe would be saying that. 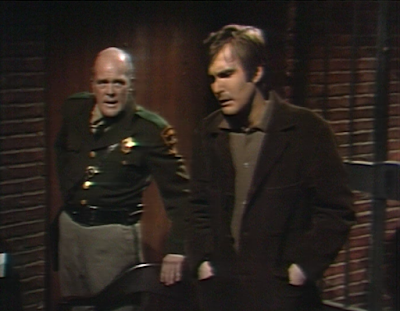 Joe dreams about watching Chris transform into a werewolf. In the dream, he shoots the werewolf several times, and says that he must protect Amy. 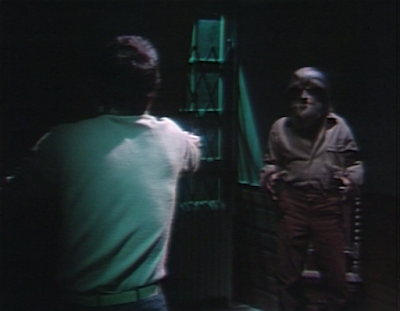 He runs to Collinwood only to find the werewolf there. He runs into Julia who approaches him with a syringe. He tells her that the monster Chris becomes wants to kill them. 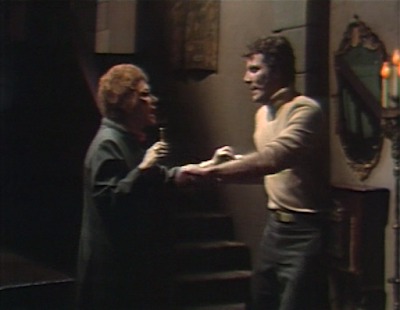 He runs away from her and finds himself in the Collins family crypt in Eagle Hill Cemetery. Inside, he discovers Chris, laughing at him. Joe asks him how he got there. He says he just saw him change in his room. He then says he saw Chris at Collinwood, and Chris tells him he hasn't been to Collinwood in a long time. 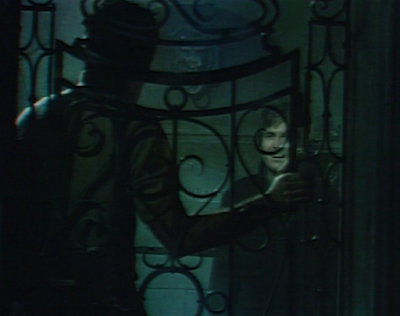 Joe asks Chris if he remembers giving him a gun and asking him to shoot him. Chris says that never happened, and Joe begins to doubt himself, thinking it was a nightmare. Joe tells him he was attacked by an animal that walked like a man at Maggie's. Chris tells him that he's the same that he ever was. Joe then asks him what he's doing in the mausoleum in the middle of the night. Chris tells him that he's always out at night. Joe says he wasn't last night. Then Chris tells him it's a case of mistaken identity. He says he's not Chris, he's Tom. Joe says that he's dead, and Tom tells him that he's not dead at night—only during the day. He bares his fangs and Joe runs outside, into the arms of the werewolf. He screams as the vampire and werewolf descend on him. 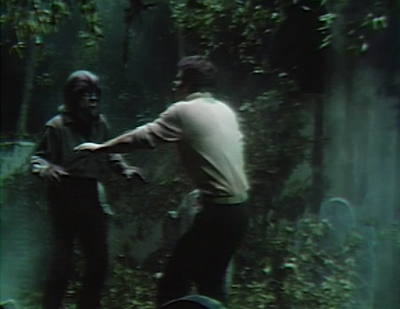 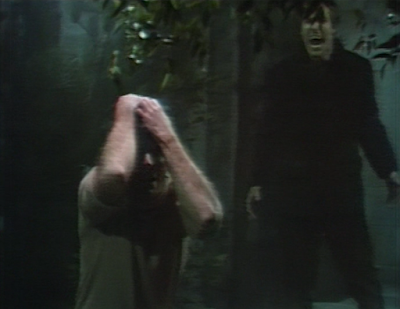 Joe screams, wearing s strait jacket. Julia tells the Sheriff that she'll take Joe to Windcliff in the morning. Chris offers to stay with Joe until it's time for him to go. Julia tells Chris that there's nothing he could have done. 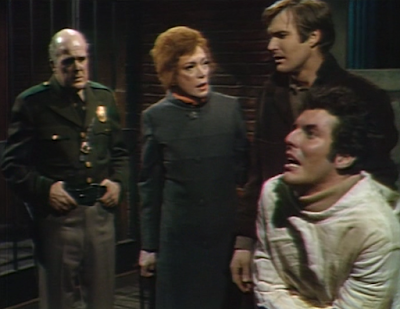 John: Is it me, or has the Collinsport jail not changed much in 200 years?

Christine: I wouldn't expect the brick or the bars to change too much, but you'd think that the striped bedspread that Peter Bradford spent his last days on would be gone by now. 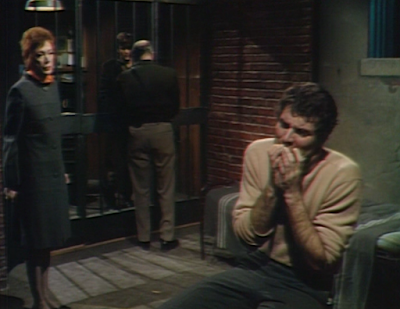 John: Wow. This was one of the longest nightmare/dream sequences we've had in a single episode. And it brought out the Jennings Brothers! It sure is a shame that Tom's not really around to join up with his brother in a familial Monster Squad!

Christine: It was one of the best dreams yet! I was not expecting Tom Jennings, and loved the way he revealed himself. It is too bad that he was dispatched by Barnabas. He was such a fun vampire to have around. Let's hope he'll show up in more dreams in the future.

John: I guess it's a good thing they put the strait-jacket on Joe while he was sleeping, though it probably contributed to his nightmare.

Christine: Where did they get the straight-jacket anyway? Do they keep one on hand at the jail, or does Julia have one in her little black bag for emergencies? Sadly, Joe is going to Windcliff for an indefinite stay, and this is the last time we'll see him on the show. 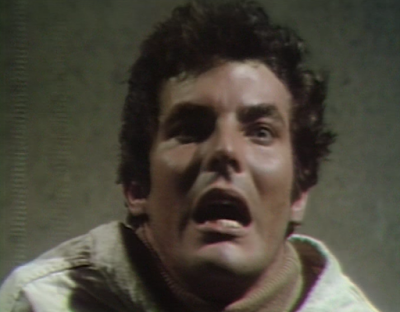 Bummed to see Joe (Joel Crothers)leave in this way. I liked his character, and to go to the insane asylum like that... I'll just imagine that he got out in 1971, soon after the show was canceled.

They really did like Joel Crothers on the show and they gave him a helluva sendoff! Must have been a blast to do!