Morgan makes his way back to Collinwood, thinking that it's a house of death that Catherine will make alive. He then sees the woman in white, and realizes that tonight is the night. 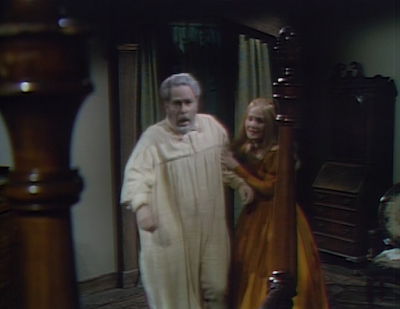 Morgan tells Gabriel he saw the woman in white. Gabriel asks him for the key to the liquor cabinet so he can fix himself a drink. Gabriel asks who will go into the room. When Morgan says there are three of them to choose from, Gabriel brings up Melanie and Julia. Morgan asks if he's going to include their mother as well. Gabriel goes to leave, and Morgan tells him that if he leaves, he'll never see another penny. Gabriel turns to leave and  Morgan stops him. He says Gabriel can't go anywhere, because he can't live without them. Morgan says the curse will only be finished when one of them comes out of that room in the morning, still sane. 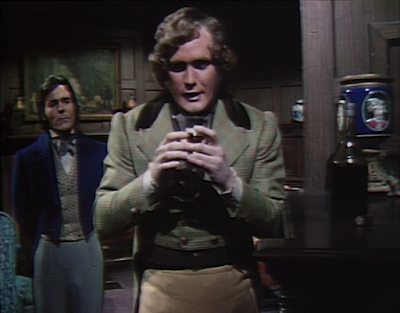 Bramwell arrives at Collinwood and finds Gabriel in the drawing room. He asks about Justin, and Gabriel says that he's dying. Bramwell asks to see him and Gabriel refuses. He asks Bramwell if he came back a rich man like he always boasted. Bramwell says his situation will change. Gabriel says he'll have a chance at the lottery. Bramwell says the family has done nothing for him, and he will do nothing for their family, save grieving their father's death. 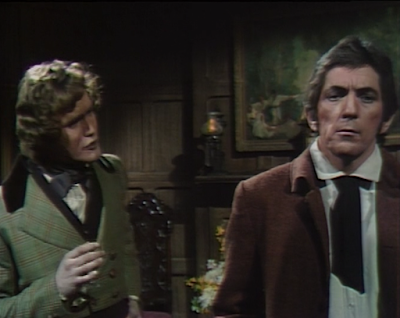 Melanie tells Morgan that his father saw the woman in white. Morgan blames her, saying he wouldn't have let their father get to the window. Justin tosses and turns, and mentions the room. He says, "She's here." Melanie tells him there's no one there. Justin asks to be alone with Melanie. Morgan reluctantly leaves.

Gabriel is drinking in the drawing room. Quentin and Bramwell enter the foyer. Quentin tells Bramwell he appreciates his concern, particularly after the way he was treated. They go into the drawing room. Gabriel asks Bramwell how badly he needs money. Gabriel says he could hire a fisherman to go into the room dressed up like him. Quentin says he's not going to let him bring anyone else into this. He tells Gabriel that whatever happens, he's not going to be a coward about it. 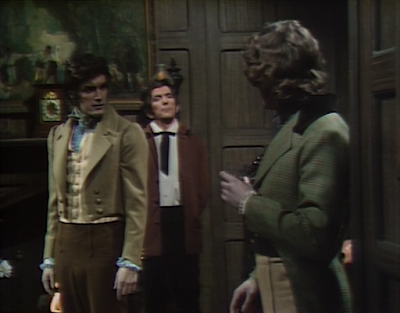 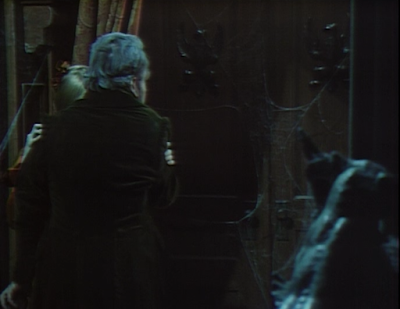 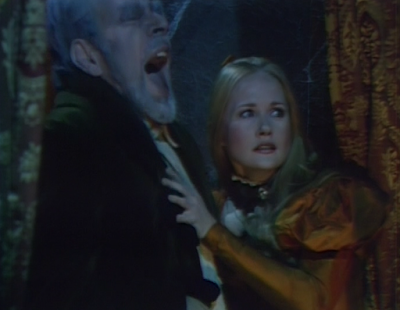 Morgan arrives to find Quentin, Gabriel and Bramwell in the drawing room. He tells them that their father is dead. He asks Quentin to go up to see their mother. A drunk Gabriel follows him. Morgan dismisses Bramwell, who says he's there to see Melanie.

Melanie tells Bramwell that Justin loved her, even if she wasn't his real daughter. When she wanted to find her parents, he told her not to try. She says the boys resent her, as they resent him. Bramwell suggests that she go aware where she can have a life of her own, away from Collinwood. She says she couldn't leave. 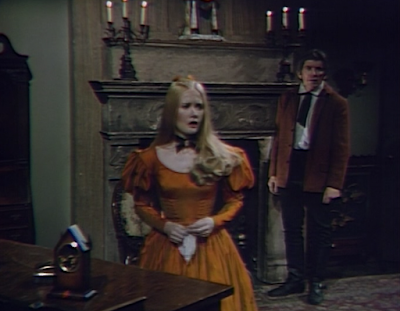 Quentin and Gabriel stand over their father's coffin in the drawing room. Morgan comes in with the letter from Brutus Collins, dated 1680. Morgan reads it out loud. It described the curse upon the family and the house. He says he must stay up to confront their enemy. If he lives through the night in sound mind, the curse will end. He suggests a lottery to choose who is selected. He reminds them that it's useless to run. Quentin says they can't go on living like this. He walks out. Morgan prepares the lottery slips for the three of them. Gabriel asks what Brutus did to bring the curse upon them. He says there has to be a way out. Morgan says there is not. 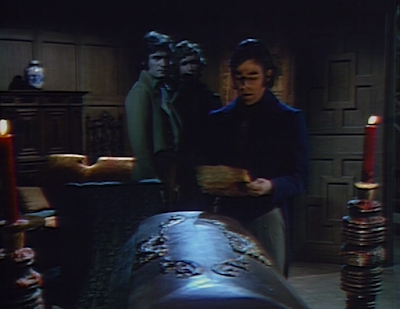 John: I've got to give props to Jonathan Frid, and not just for his new hairstyle. He really gives a distinct performance with Bramwell, who is nothing like Barnabas. It's also nice to see Quentin and Bramwell having the more cordial relationship of the Collins clan.
Christine: I think that is just as Jonathan Frid wanted it, and it is nice that he finally got the opportunity to take a break from being Barnabas and show off his acting chops.
John: Is anyone else lamenting the fact that the show has seemingly been stripped of vampires, werewolves and witches? And while there appears to be the promise of the supernatural as it pertains to the lottery, they once again avoided showing us the woman in white today, which is a long way from the days of parading every ghost available across the TV screen.
Christine: Yes. Not only that, but we have completely abandoned all the core characters on the show. I am missing Liz, Roger, Carolyn and David, not to mention Julia, Barnabas, and Stokes. We are watching a completely different show. I would have much rather seen David and Hallie get a Monkey's Paw or find an evil possessed doll somewhere in the house.
John: Morgan seems to be the one destined to spend the night in the room... considering he's the closest thing to a Star Trek red shirt in the line-up (particularly since the only other new face in parallel time, his father Justin, is now dead). I can't see them killing Quentin or Gabriel, or rendering them completely mad... but I guess that remains a possibility.
Christine: At least the show has got some unpredictability left. Morgan is the obvious choice, but this could be one of those times when we can expect the unexpected.
Posted by John Scoleri at 5:00 AM