The court comes to order, and the judges announce that they have arrived at a verdict. They ask Quentin to rise. The tribunal finds him guilty as charged, and he will be beheaded in the public square on a date to be decided. Barnabas says that the defense will appeal, and the judge reminds him there are no provisions for an appeal under the law governing trials of witchcraft. Barnabas points out that the right of an appeal is basic to the judicial system, and they say they won't prevent him from trying. The court is adjourned. 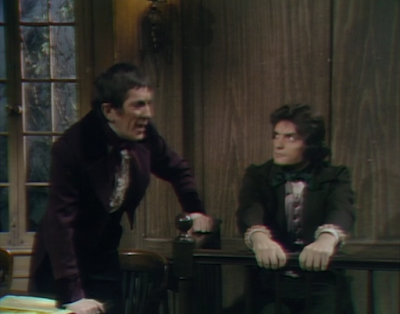 Daphne tells Quentin she can't believe it happened. She says as long as he's alive there's hope. He says as long as he's alive — but he has to start thinking about when he's going to die. She wonders if there's a way to get him out. He tells her to forget about him. Barnabas arrives and says the judges won't listen to reason. Quentin asks if Barnabas told them Gerard was behind the whole thing. Daphne is confused. She thought Gerard was for him. Barnabas says that was his most cunning tactic. If Quentin lost, Gerard stood to gain. And if Quentin were found innocent, he would still win for having stood by his friend. Quentin says Gerard can't claim a complete victory until they take his head. Barnabas says that unless they find some other solution, then it's all over.

Gerard arrives at Collinwood and finds Gabriel in the drawing room. Gabriel asks why he's not smiling, since he won. Gerard says he lost his best friend. Gabriel asks him to admit what he's won. Gerard says he's only the trustee of the estate until Tad reaches 21. Gabriel says he'll see to it that Tad won't ever reach that age. Gerard points out that he can cut off his allowance if he keeps it up. 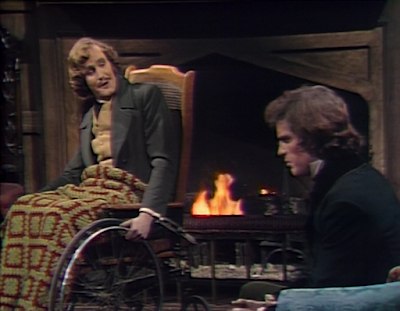 Edith comes in and says she just heard about Quentin. Gabriel leaves, and Edith kisses Gerard. She tells him that she wants to see him tonight at 11. He tells her that he can make it. They don't know that Gabriel is eavesdropping on them as Edith reminds Gerard that she has something coming. He assures her that she will get hers.

Gabriel wheels in and asks Edith if she's ready for tonight. She says she doesn't know what he means. He points out that he knows she's meeting Gerard tonight. He makes fun of her for having so little class as to allow a fraud like Gerard to get a hold over her. She says he does not, but he could because he gets what he goes after. She tells him she's going to live before it's too late. She asks how he's going to stop her as a helpless cripple. She laughs as she goes upstairs. 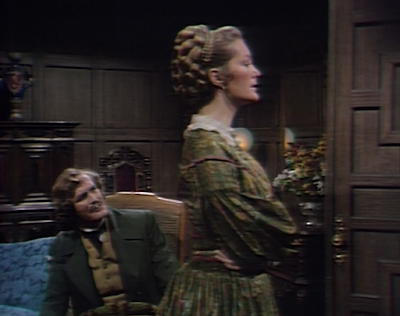 Daphne and Barnabas return to Collinwood. She says they can't just sit back and watch him die. Barnabas says he will not. He tells Daphne to go upstairs and rest. After he leaves, she wonders if there's no hope for Quentin. She wishes she never came to Collinwood. She hears music playing in the closed off East Wing.

Edith comes down to the drawing room. She hears a shutter banging, and goes to secure it. She then hears footsteps in the foyer, and calls out to who's there. She goes out and the front door swings open. She closes it and asks who came in the house. The lights go off. She calls out to Gerard. 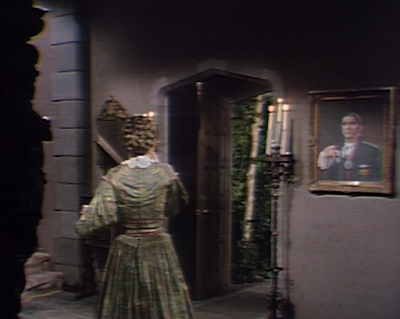 She runs upstairs to Gabriel's room but the door is locked. She runs into another room and finds the empty wheelchair. She turns to see Gabriel standing behind her. He explains it's just the two of them in the house. He explains that two people knew he could walk. His father and Randall. She points out that he killed the two of them, and he strangles her. He says he'll find a spot to bury her. 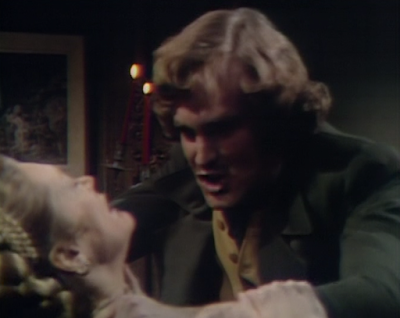 Daphne finds the source of the music in the East Wing. She opens a door and finds the room empty, and music no longer playing. She closes it, hears something, and when she opens it again the room is furnished. She's sure she's dreaming, but she can't get into the room. She sees two people, Valerie and strange man, although the woman is referred to as Catherine. Catherine asks the man why he asked her to meet him. He says his name is Morgan Collins, and he asks her, Catherine Harridge, to marry him. She promises to answer him soon. She points out that there's no one she loves more than him, and he kisses her. He leaves, and there's a knock on the door. 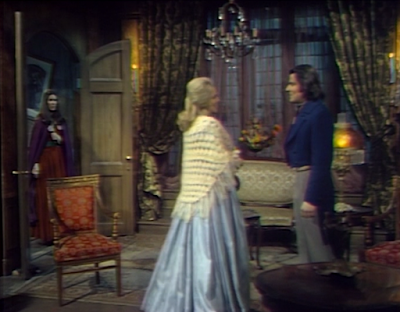 Daphne sees herself speaking to Catherine. She says she heard them, and asks her sister why she didn't give Morgan an answer. She says she knows that she's only loved one man in her entire life. Catherine says he's been gone for five years, and there are rumors he's coming back. She says he belongs in the past. Daphne says she doesn't know how she can be happy in Collinwood. They leave the room, and it's suddenly empty again. Daphne walks in and assumes that she's hallucinating. She closes the door behind her. 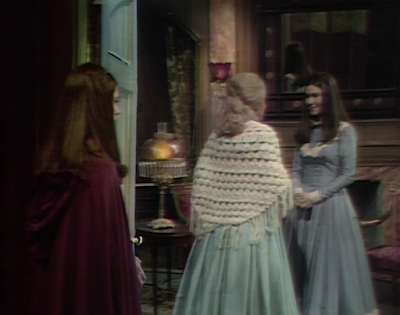 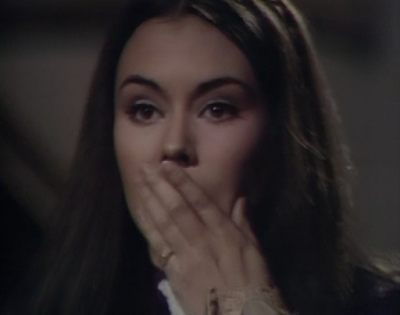 John: I guess it should be no surprise that Quentin was found guilty, considering the evidence against him and the nature of the tribunal... Question is, with the Tate portrait and severe case of lycanthropy, will his severed head not grow old (a la Judah Zachery), and/or sprout hair once a month?
Christine: Quentin's portrait won't be painted until 1897, so he doesn't have immortality in this time period. On the plus side, he won't live to become a werewolf.
John: You go, Gabriel! Daniel and Randall certainly didn't deserve to die at his hands, but Edith, by all means, take her away! 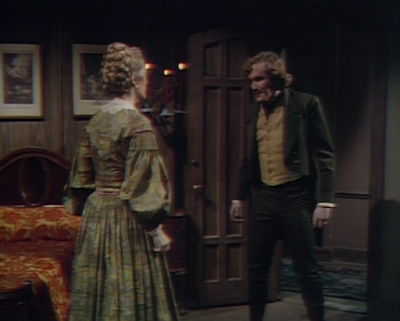 Christine: Funny that Gerard was the one to tell her she would get hers. Was it all part of his plan?
John: No! Not strange music coming from the East Wing! Not — more parallel time! With only a few months remaining, I have a bad feeling about this...
Christine: My thoughts exactly! A parallel excursion seems inevitable. Those of us viewing from the DS Coffin Set have just pulled out our last set of episodes. The end is in sight.
Posted by John Scoleri at 6:00 AM