Daphne and Quentin express their love for one another, and he asks her to marry him. She agrees. They kiss, and do not notice Gerard outside the window, eavesdropping on them.

At Rose Cottage, Daphne and Leticia discuss their plans to leave Collinwood. She tells her that she has to go to Collinwood to get cash out of their safe. Flora comes in and tells Leticia that she knows she knows where Desmond is. She asks if something new has developed. Leticia tells her that the four of them are leaving in the dead of night. Flora is pleased he's taking her with him. She says she wants to say goodbye to him, and asks where he is. Daphne says that she can't tell Gerard where he is. 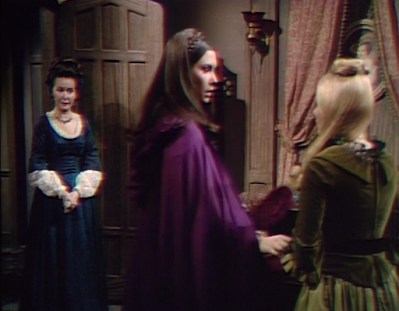 Dawson asks Gerard why he hasn't used his powers to find Quentin. Gerard assures him that Quentin and Desmond will be back in jail in the morning. Dawson asks what he's waiting for. Gerard says that he has not suffered enough. He says that he has a plan involving someone else. Daphne returns to Collinwood and Gerard tells her that they were just talking about her. She apologizes for interrupting them. Gerard tells her that Dawson wanted to see her. Gerard says that he'll vouch for Daphne not knowing where Quentin is. She excuses herself, and Gerard stops her, asking her to play a game. She says she's not in the mood. He says he'd like to talk to her later, and she shakes her head and goes upstairs. He and Dawson retire to the drawing room, and Gerard explains that he needs his help with some paperwork. 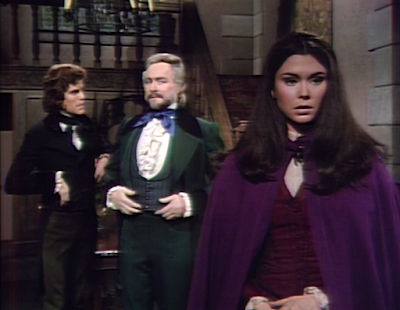 Leticia asks Daphne if she found the money. She says she hasn't yet. She says Gerard and Dawson were there but left, and Leticia sends her back upstairs in search of the money. Gerard returns to Collinwood and finds Leticia in the drawing room. He asks if she remembers when he first brought her to Collinwood. She says that he's changed her. He offers her a drink, and suggests that they drink to a wedding. He reiterates that there will be a wedding tonight at Collinwood. She asks who he's marrying. He says he didn't say he was. He asks her if Daphne will be seeing Quentin tonight. She says if Quentin has an ounce of sense, he's 1000 miles away by now. He tells her that she's lost her sense of humor. She says she's got to find Daphne to invite he to dinner with Flora tomorrow night. 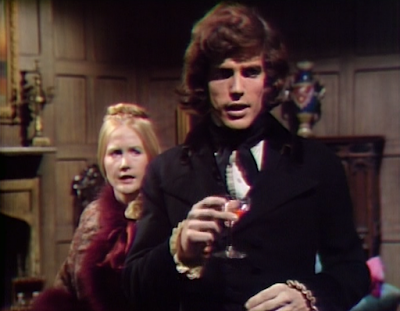 In the East Wing, Daphne hears music beyond the door into parallel time. She opens it and sees who she think is Flora. The woman calls Melanie and asks her if she feels alright. She asks her if she was going to the West Wing, and Melanie says she wasn't. She says she never goes to the West Wing. She tells Melanie that the servants found her father in the corridor outside the room in the West Wing last night. Melanie says if he goes there one more time, he'll die. Melanie says they can't stand to have that lottery again. She says they should all leave the house. Her mother says that a generation ago, William Collins discovered that leaving didn't help. She says it happens to them wherever they go. She tells Melanie that her father wants to see her. 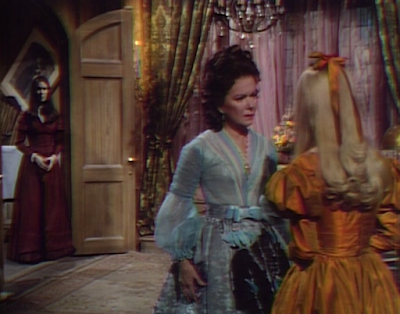 Quentin tells Flora that they'll be on their way in a few hours. She tells him that Desmond is not well enough to travel. He assures her that he'll take care of Desmond.

Gerard watches Daphne, who sits in the drawing room. He takes out his devil's sigil, and says that Daphne will have her last dream, in which she learns that they must become man and wife. Daphne falls asleep and dreams. In it, Gerard asks her why she's leaving him. She says she can't remember anything when she's with him, and they kiss. He tells her to remember that he adores her, and she loves him. She says she knows. He asks her to promise to never leave him, and she agrees. He says that when she wakes, her dream will come true, and they will share their lives together. Gerard wakes her, telling her that she had a bad dream. She kisses him. He tells her they will get married, and says he will call for the minister. 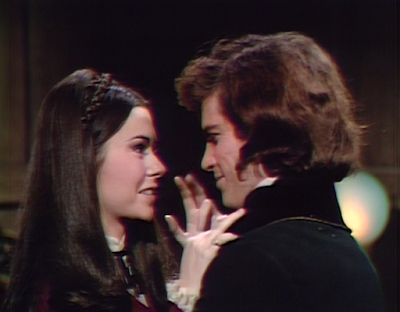 Leticia comes downstairs and finds Daphne in the foyer. She says they've got to go, and Daphne says she changed her mind and doesn't want to go anymore. Leticia asks why, and she tells her that she's going to marry Gerard.

Quentin can't believe Daphne is going to marry Gerard. He leaves as Leticia warns him not to go to Collinwood, saying that it's a trap.

Daphne and Gerard exchange vows, and are pronounced man and wife. Quentin enters and says, "No!" 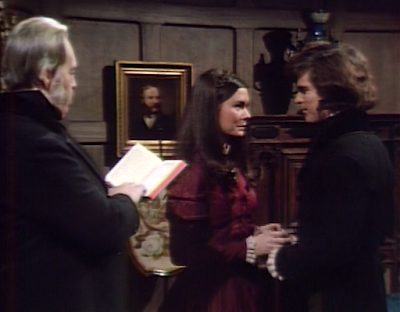 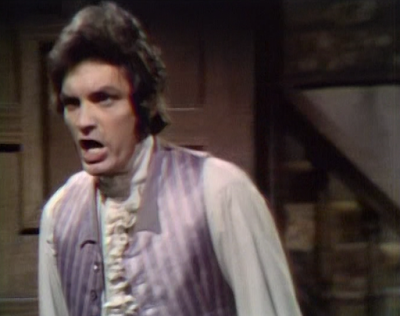 John: Wasn't Daphne just giving a lecture on how parallel time works? Today she seems mystified by the strangers she can't speak to in the room she can't enter.
Christine: I was wondering how she couldn't hear Gerard telling her to sleep and dream outside the drawing room. 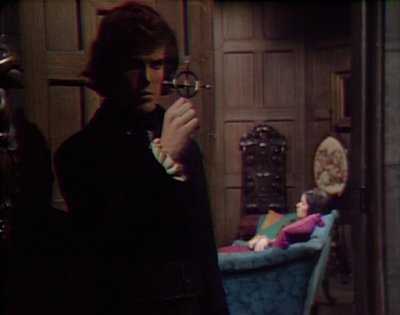 John: Ah, The Lottery. I guess we now know what inspired the storyline for this final trip into parallel time.
Christine: There weren't many gothic stories left to mine, were there?
John: Once again, Quentin arrives just after the wedding ceremony was performed. He really needs to work on his timing!
Christine: I swear that has got to take the record for fastest soap opera wedding. It wasn't possible for Quentin to arrive on time without the ability to materialize like vampire Barnabas. Speaking of...where do you suppose he's been hiding out all this time while Quentin and Desmond have been trying to escape?
John: Blink and you'll miss the crew member who poked his head out of the drawing room to see if Gerard was standing there! 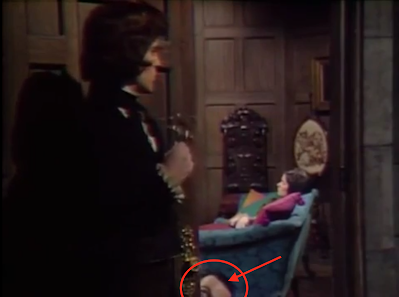 Christine: I must have blinked.
Posted by John Scoleri at 6:00 AM