Julia, Barnabas and Quentin return to Collinwood and listen outside the playroom door. They hear music playing. Quentin doesn't want to go in, and Barnabas tells him that they must. They open the door, and Quentin shouts, "No" before running out. Barnabas and Julia step inside and see David. Barnabas asks him if he recognizes them. He doesn't speak, but he turns and walks through a wall. Julia says it was David's ghost. Barnabas points out that he didn't recognize them. He is sure the room didn't exist in 1970, but he's sure it's responsible for what happened. Julia asks why Quentin ran off—and where to? They go searching for him. 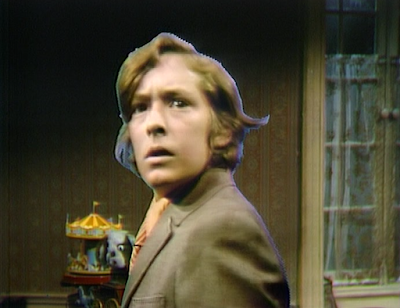 Quentin runs downstairs, and is drawn to the drawing room. He looks around but sees no one. He begs to be left alone. He says if it lets him go, he'll never come back again. He's tortured by a mechanical sound. He tries to get out, but the front doors won't open. The sound stops. Quentin looks around the foyer. Upstairs, he sees the mysterious man, who comes downstairs and Quentin begs him to stay away. He collapses to the ground. 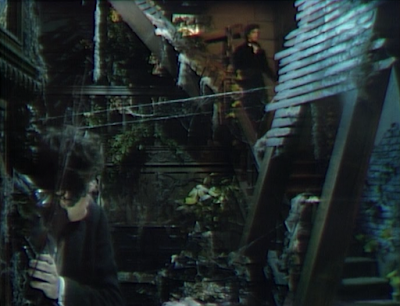 He looks up as someone touches his shoulder, only to see that it's Barnabas. Quentin says he has them trapped, and Barnabas asks who he's talking about. He says he's on the landing, and he's going to kill them. Barnabas tells Quentin that he and Julia were just on the landing, and there's no one there. Quentin warns Barnabas that the man will kill him, as Barnabas makes his way upstairs. Barnabas assures Quentin that there's no one to be afraid of. Quentin says the door is locked and there's no way out. Barnabas opens the door, and asks Quentin to return to the old house with them. He refuses, and runs off. Julia says she once again feels the presence of evil. He looks around and tells her there's no one there. He leads her out of the house. After they're gone, the ghost of the mysterious man appears on the landing once more. 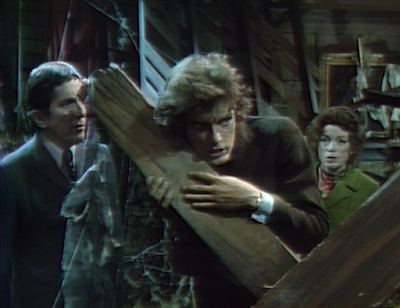 In the garden, Julia and Barnabas see David and a young girl. They avoid being seen. Barnabas and Julia hear the music again. David takes the girl by the hand and dances with her. Julia explains they're not dancing in a 1970 style. They watch as the girl leans in to kiss David, and then they walk away from the house. Barnabas calls to David. They watch as they disappear walking towards the woods. Julia suggests that Quentin will know who the girl is. 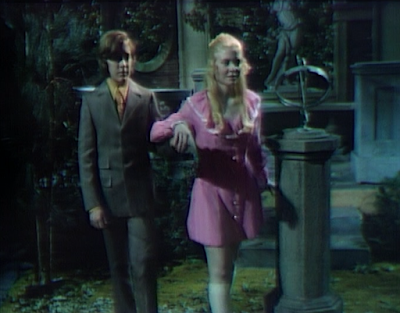 Back at the old house, Quentin asks someone why they won't appear for him. Barnabas and Julia return to hear him speak of a burden of guilt he's felt for years, and the memory Daphne is all he has left. When Quentin sees them, he asks how long they've been there. Barnabas asks him if Daphne is the girl they saw with David. Quentin says that David is dead. Barnabas agrees, and says they saw him in the playroom. Quentin says he saw Tad in the playroom. Barnabas explains that they saw David, and asks who Tad was. Quentin grabs Barnabas, and then gets a hold of himself. Julia suggests that Quentin go upstairs and get some rest. He does so, reluctantly. Julia tells Barnabas that it will soon be dawn. Barnabas recounts the three meaningless names they learned today, and heads for his coffin. 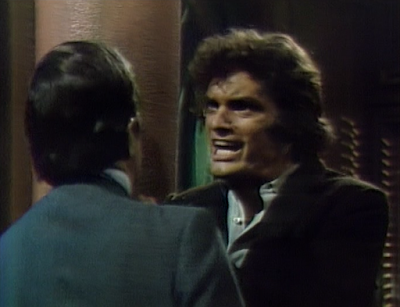 Quentin comes downstairs and sees Julia asleep in a chair. She wakes. He asks who locked the attic room, and she says it was Barnabas, to protect Quentin's portrait. He asks where Barnabas is, and she reminds him that it's still daytime, and Barnabas can't come out before dark. He doesn't understand. He asks Julia to tell Barnabas that he wants to see him. 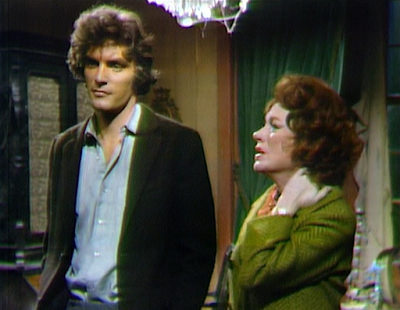 He leaves, and Julia sees the girl outside the old house, beckoning her. She goes outside and follows the girl to Collinwood. 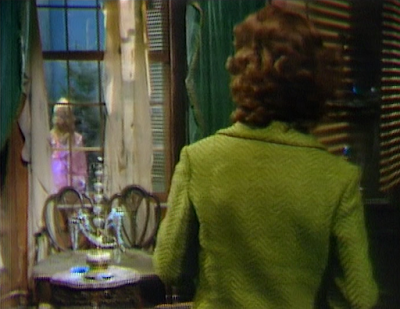 The girl leads Julia upstairs. She goes into a room and closes the door. Julia follows her and is in the playroom in the dark. 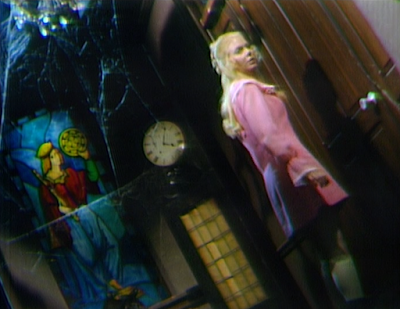 The door slams shut behind her, and she can't get it open. She sees the mysterious man watching her. 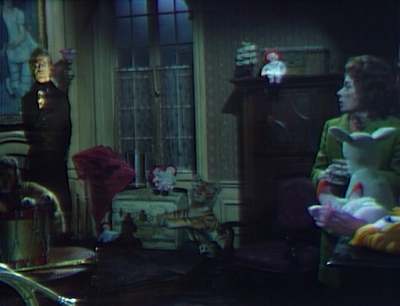 John: I've got good news and bad news! The good news is, David's got a girlfriend! The bad news is, they both appear to be dead! 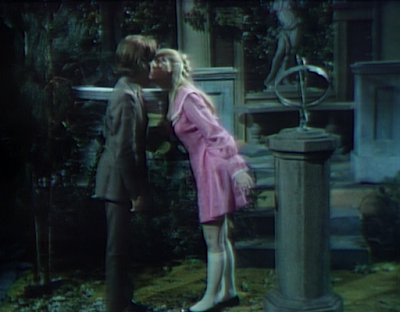 Christine: Do you think you may have mixed up the good news and bad news? I wonder what happened to Amy. There's been no mention of her at all.

John: Carrie, Daphne, Gerard... I'm not used to so many new names with new faces attached. I'm starting to get concerned that we're going to lose more of our old standbys as things start to wind down in Collinwood.

Christine: After watching a show every day for 4 years, it's natural for viewers to become emotionally invested in the characters that are central to the show. While we still have Julia and Barnabas, it is unforgivable for the writers to abandon the characters we have known and loved from the very first episode. Are we never to see Elizabeth or Roger again? Will we only know Carolyn with lipstick painted above her lips and crocheted vests? This may be where the show started to lose viewers. 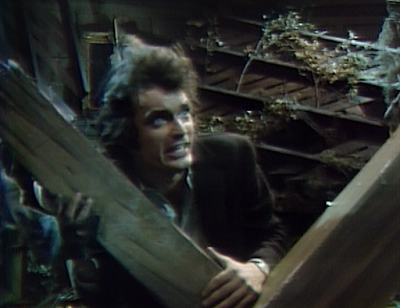 John: Let's see, when she's with Barnabas, Julia is terrified of Collinwood. But following a ghost girl, Julia is no longer afraid? I hope we get an official introduction to Gerard soon.

Christine: Did you notice how protective Barnabas was every time she acted terrified, putting an arm around her to guide her safely away? Julia's no dummy. 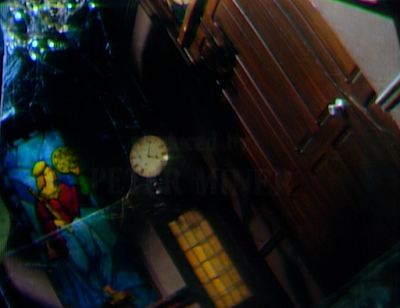