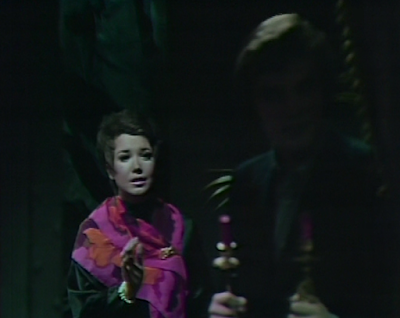 Quentin picks up two candles and goes to the door. Olivia appears behind him. She reaches out to touch his shoulder, but he turns and tells her to stop. She does, and he says he nearly lost her. He asks if she was told not to touch him and she says no. He tells her that they cannot touch one another, no matter what. She doesn't understand. He tells her that he loves her, and that when it's all over, he's going to hold her tight. He hands her one of the candles. 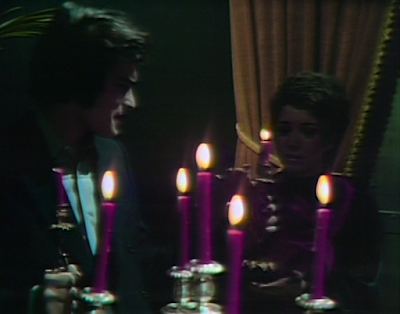 Megan tells Philip that she called the sheriff. He asks what she found out, and before she can reply, he says, "Nothing!" He goes upstairs. After he's gone, Megan thinks that Paul might be dead, in which case they won't have to worry about him. Philip calls her upstairs. 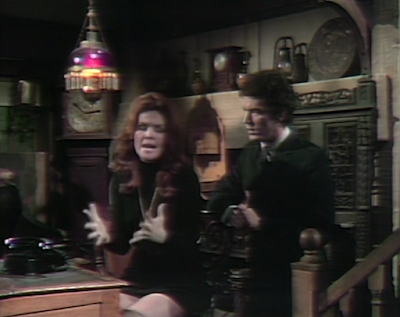 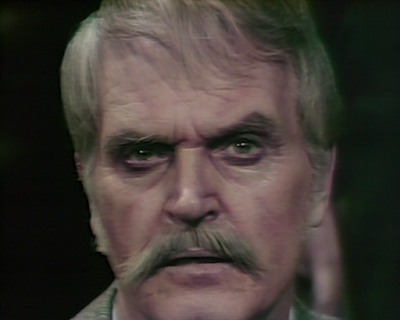 Philip tells Megan the room upstairs is empty. It appears Michael broke out a window. 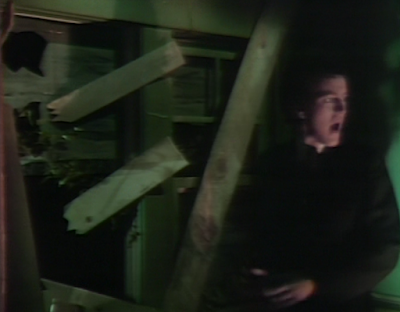 Quentin leads Amanda through a forest. There's a skeleton on a wall. Amanda gets caught in a huge spiderweb and can't get out. She calls Quentin for help. He sees a giant spider approaching her. He tells her to stay still. He picks up a rock and crushes the spider. He breaks her free of the web. He takes off his coat and has her hold one sleeve while he holds the other. 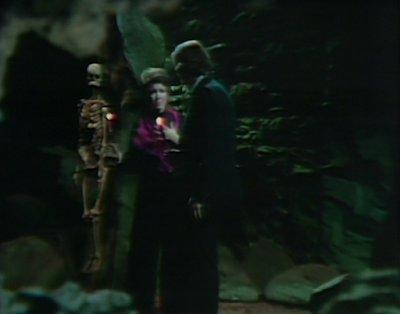 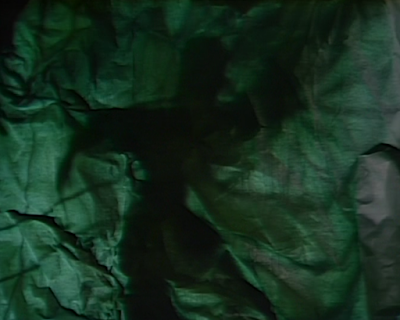 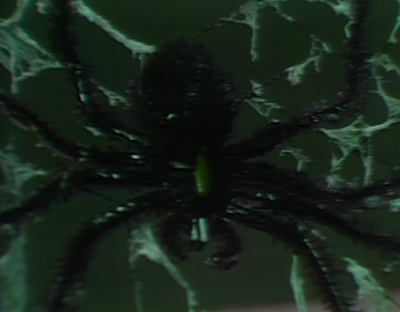 Amanda follows Quentin over some rocks. She stumbles, twisting her ankle, but is able to continue. He assures her that they haven't come all this way to lose each other. 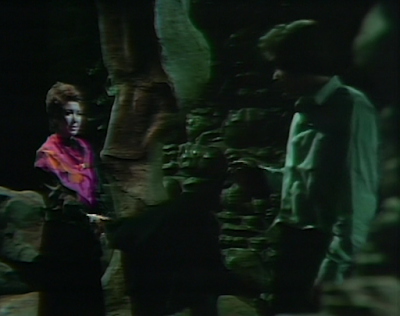 Stokes tells Paul to describe what happened to him as if it happened to someone else. Stokes leaves the room, and Paul gets up and goes to the phone. He dials the police. Stokes interrupts him, saying that he can talk. Stokes runs into the bedroom and closes the door behind him. Stokes tells him that since he can speak, he may be able to help him. Stokes picks up the phone and calls Julia. 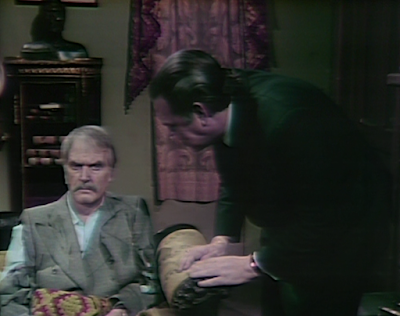 Quentin and Amanda arrive at a rope bridge. She tells him they can't cross it. She says it's a trap. Quentin tells her that they can make it the rest of the way. He says if the bridge can hold him, it can hold her. He starts across, and tells her that he'll take her in his arms on the other side. He crosses the bridge. 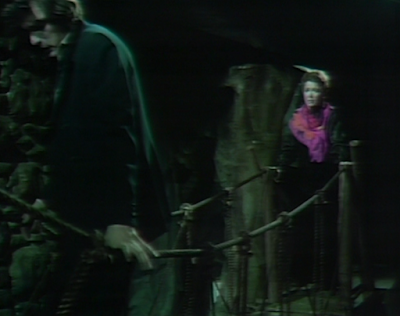 Julia arrives and Stokes says that maybe she can do something with Paul. She talks to Paul through the door. He tells them to leave her alone. She says they want to help him. He says he will only talk to the police. Julia pucks up the phone and pretends to speak to the police. They hear a racket from behind the door. Paul bursts out of the room, further disheveled. 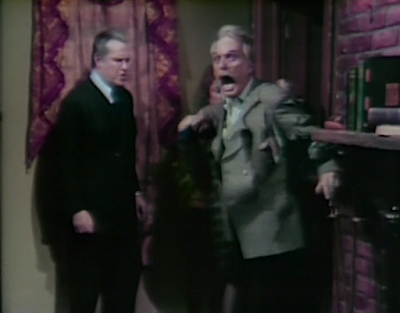 Quentin makes it across the bridge, and beckons Amanda to do the same. She starts across, and once halfway she looks over the edge.

Stokes comes out of the room and says it's a shambles. Julia asks who else was in the room, and Stokes says there was a smell and some slime. Julia tells Stokes that Paul is dead. 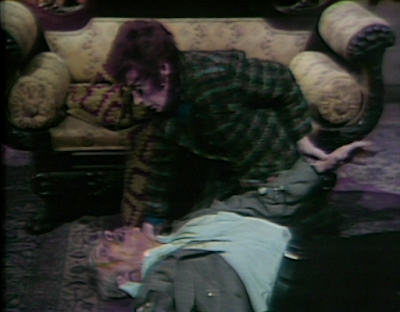 Quentin tells Amanda to look ahead. She starts back the other way, and he calls her to come to him. She does, and as she reaches the edge, she falls, grabbing the top of the rope bridge. 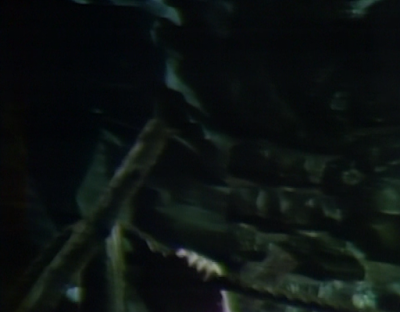 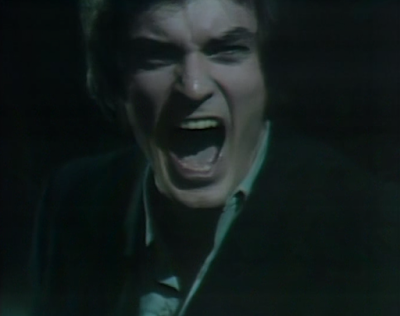 John: Awesome Skeleton sighting on my birthday! I still can't make sense of where Amanda and Quentin are supposed to be. Are they outdoors? In an underground lair? Purgatory? Perhaps the Bellboy could have come in handy after all, to answer a few of these questions. 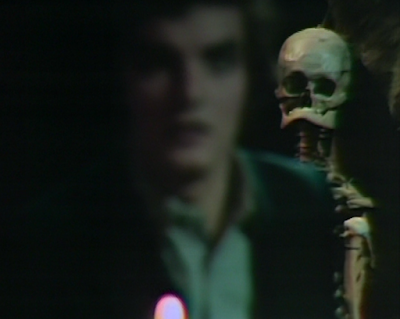 Christine: I think they are moving into a land of both shadow and substance. Surely you must have recognized the wonky skull of the skeletal bride from Angelique's Dream Curse, who also once posed as Reverend Trask's skeleton! Now we see where your fascination with skeletons began!

John: Awesome Giant Spider sighting on my birthday! Granted, it was a low-rent Halloween decoration, but at least it looked mildly menacing when onscreen, as opposed to when its shadow appeared, looking more like something cut out of construction paper. I'm curious if the 'rules' of contact are based on skin-to-skin touching, because it sure looked to me like Quentin touched Amanda when breaking her free of the spiderweb.

Christine: It was quite the delightful moment when the spider died with a squeaky whimper and Quentin declared, "Well that takes care of him!"

John: No! Paul Stoddard died on my birthday! Now that's a real bummer. I had high hopes that he was going to play a larger role in the eventual conclusion of the Leviathans storyline. And now we have slime to add to the things left behind when the Michael/Leviathan creature is around. I wonder if Julia might finally let Stokes in on some of what has been going on in Collinwood...

Christine: It certainly is a shame that Paul Stoddard didn't get to help bring down the Leviathan clan and earn back a little respect after attempting to extort Liz, abandoning Carolyn when she was a baby, and ultimately giving her up to the Leviathans. 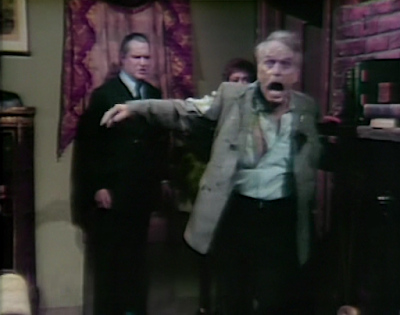 I read somewhere that Dennis Patrick was intended to be on the show longer but then some new stage or film or TV work came up and he had to suddenly leave. That's also the reason for his terrible death shot later on. He wasn't available for it so they just grabbed a still of him from somewhere.