Nora is trapped, surrounded by fire. She sees her mother in the room, calling her to come to her through the flames. Nora cries out for her mother. Tim appears, and after wrapping himself in a blanket, rescues Nora. With Laura, they make it out of the house to see it burn. Laura asks about Jamison, and Tim tells her Trask already got him out. 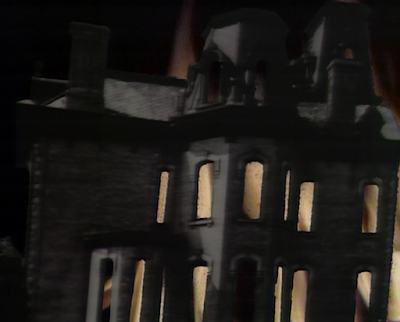 Quentin comes downstairs and tells Magda that he can't find Laura's urn. He asks her where Laura goes when she leaves. Magda says she's been to the garden, and also to the school. She questions him about the urn, and he reminds her that he's not paying her to ask questions. She asks if the urn is not worth money, what IS it worth. He tells her that it's worth Laura's life. Laura and Tim enter with Nora. They explain about the fire, adding that Jamison is okay, but they wanted to bring Nora home. Tim offers to take Nora upstairs. Magda brings Laura into the drawing room. Laura tells Quentin to notify Edward. 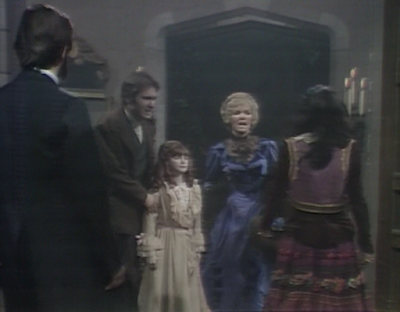 Laura asks Magda to get her some tea. Quentin watches Laura from the foyer, and she asks Magda to close the doors behind her. After she does, Quentin tells Magda not to let Laura out of her sight, as she's going to lead them to the urn.

Laura opens the drawing room doors to find Quentin standing just outside. He comes in and pours himself a drink. He notes that burning the school down was a bizarre way to get the children back home. She can't believe he's suggesting that she had anything to do with it. He calls out how fire has played an important role in her life in the past year. Magda returns with tea for Laura. Quentin closes the drawing room doors and stops Tim before he enters. He asks him about the fire. Tim tells him the building was in flames very suddenly, and they were lucky to be alive. 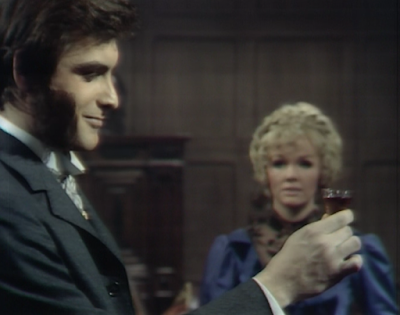 Laura tells Magda she needs air. She gets up to go outside and runs into Tim. He tells her Nora is upstairs, and asks to speak to her for a moment. She asks Magda to excuse them. Tim asks her how she got into the room with Nora after the fire began. She makes up a story, which he pokes holes in by pointing out that he was where she said she was, and he didn't see her. She tells him that she'll be telling Reverend Trask about his heroism. She then bids him goodnight, and he leaves. After he's gone, she goes outside. 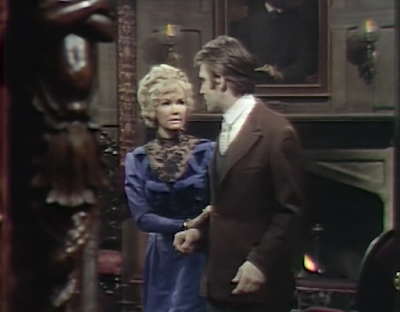 From the top of the stairs, Nora sees her mother leave. She calls to her and follows her outside. Magda sees Nora leave the house, following her mother. 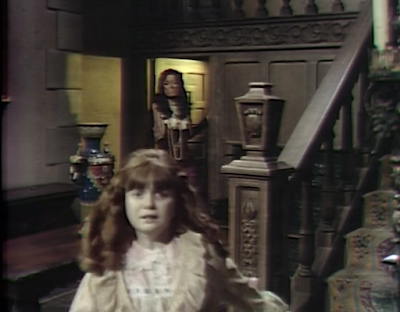 Quentin comes downstairs and finds Magda at the door. She explains that Laura left, and Nora followed her. She says that if Laura wants to be alone, she'll send Nora back, and then Nora will be able to tell them where to find her.

Laura removes the urn from a hiding space in the garden. Nora appears and asks to see what she has, and Laura shows her. She tells her that if she goes home, she'll tell her a story about the urn. Nora leaves and says that she'll wait for her. After she's gone, Laura opens the urn and speaks to the flame. She asks for energy and sustenance. 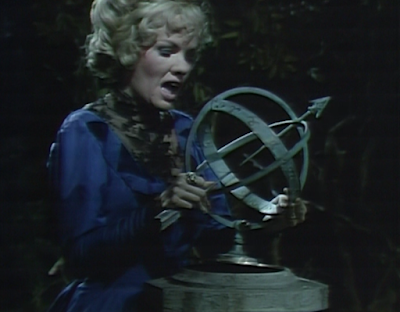 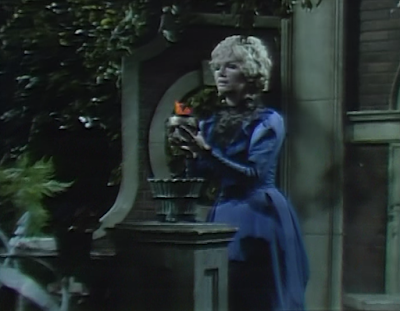 Magda tells Quentin that she sees Nora returning on her own. She sends him to the drawing room. When Nora enters, she asks her where she's been. She tells Magda that she was with her mother, and when Magda asks where she saw her, she tells her it was in the garden. Magda takes her upstairs.

Magda and Quentin search the garden for the urn. Quentin finds her bracelet near a sculpture. He picks up the top of it and finds the urn. Magda is not impressed. He explains that it's a very valuable and precious thing, for it contains a flame capable of giving life. He adds that if it is snuffed out, a life will be snuffed out with it. He wonders how it will happen, and says they'll know soon enough. He pours sand onto the flame and says goodbye to Laura. 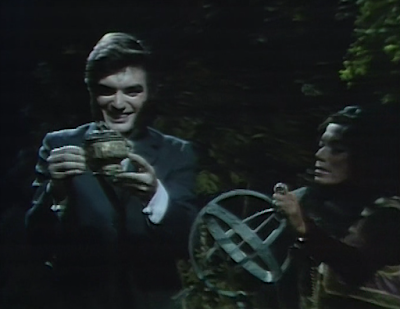 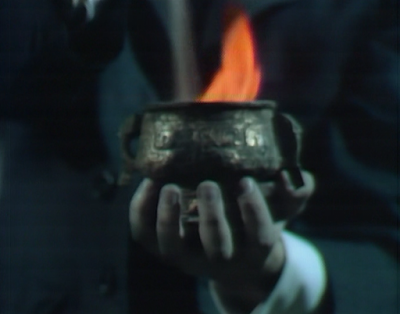 In Collinwood, Laura squirms in agony. 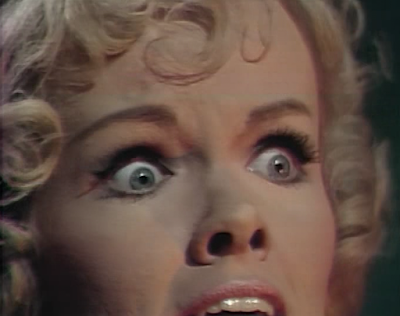 John: The burning school might be our most ambitious failure of a chroma-key effect, yet. It was like they held up one side of a model house in front of a fireplace, and then had the actors standing in front of the chroma screen! 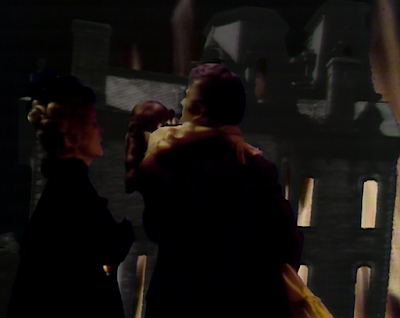 Christine: It was certainly terrible, but the imperfections of this show are what make it so endearing, I'm surprised Nora didn't burn up while Tim took forever and a day to unfold and drape the blanket around himself. I half expected Laura to walk through the flames and retrieve Nora herself while he continued to fumble with the blanket. 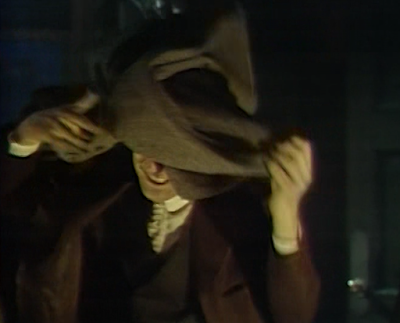 John: Laura insisted that they take Nora back to Collinwood, but was fine leaving Jamison with Trask? You would think that today would have been an important day for both of the kids to be working!

Christine: Surely he told his mother that Trask shoved him in a closet and threatened to have him spend the next day enduring punishment with him. It's easy to see which child is her favorite.

John: Well, that was somewhat anti climatic. Quentin snuffed the flame too quickly, and given that it's only Monday, I don't think it's going to have any sort of permanent effect on Laura the Phoenix. I'm guessing that we'll find there are multiple urns 'keeping the flame', so to speak.

Christine: I have to wonder if it wasn't a deliberate setup on Laura's part. That Egyptian snake bracelet she has wound around her arm couldn't just slip off and drop to the ground without some help. If so, then Quentin's in for more tortured burning sensations as punishment for trying to snuff her out.
Posted by John Scoleri at 6:00 AM