Quentin sees Laura in the drawing room, staring into the fireplace. 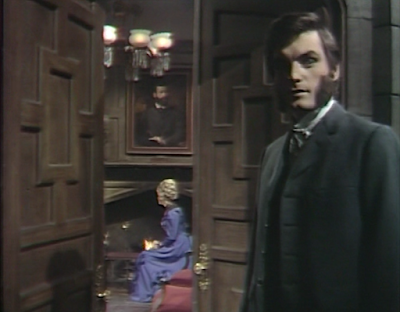 Quentin searches the Laura's room, looking for the urn that can snuff out the life of Laura. He's shocked when Laura asks him what he's doing there. He tells her that he just saw her in the drawing room. She asks how that's possible if she's there with him. 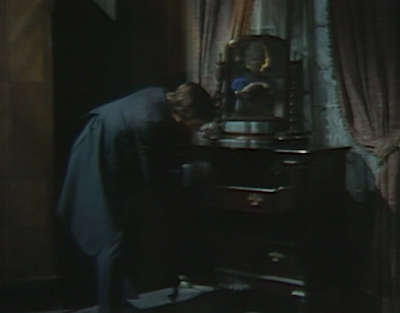 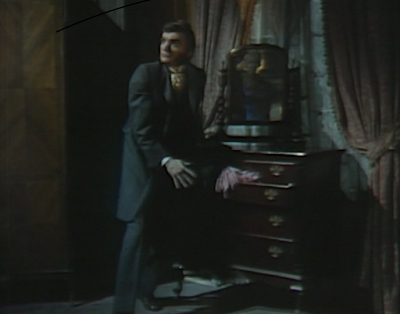 He tells her that he's come for the letters. The ones he sent her after he left Collinwood. She laughs, calling him a fool. There's a knock on the door that they ignore. She asks if he really thinks that she saved them. 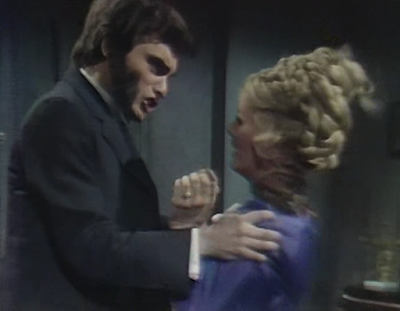 Judith enters and says she knocked but they hadn't heard. She tells her brother that if he has business with Laura, it can be conducted in the drawing room. He leaves, and Laura tells Judith that her children belong with her, and they will be with her. She adds how Judith must be enjoying her power. Laura asks how Jenny is doing. Judith says she assumed Jenny would be the last person Laura would be concerned about. She adds that Jenny didn't have much reason to stay after Laura ran off with her husband. She leaves, and Laura confirms that her urn is safe. 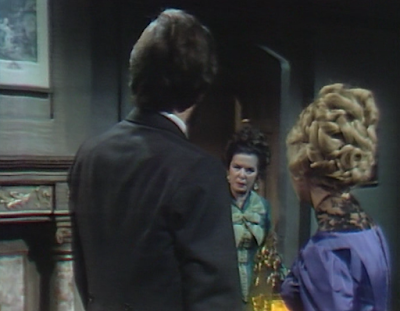 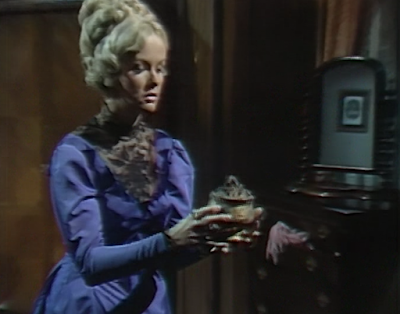 Quentin meets with Magda and tells her that Laura will be moving into the cottage and needs help, for which she will be paid. Magda asks him what he will be paying her for, and he tells Magda that Laura has a small urn that he wants, and assures her it's worthless to anyone else.

Judith tells Quentin that he doesn't want him to have anything to do with Laura. He reminds her that he was visiting her on family business. He explains he was trying to get some letters he had sent her. Judith doubts that Quentin's focus would be on protecting the family reputation. He points out that as much as he may hate Edward, he hates Laura even more. 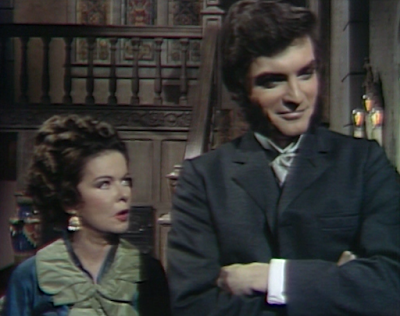 Rachel checks in on Laura, and asks her if she'll convince Edward and Judith to bring the children back from Trask's school. She tells of her experience, and the abuse the children face. Laura points out that Rachel made it, and she tells her that she ran away. Laura asks if she ran away with a man. Rachel pleads with her to protect the children, as she fears there's a risk that they'll die there. Laura tells her she has an interesting imagination. 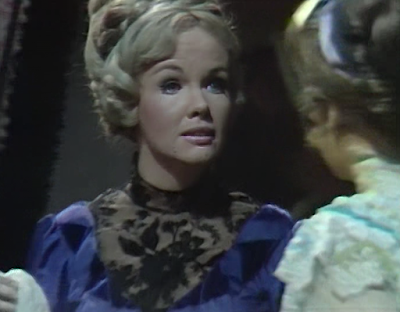 Mrs. Trask (who looks a lot like our current day Mrs. Johnson) arrives at Collinwood to bring Rachel back with her. Rachel tells her that her trip has been wasted. Trask tells her that the Devil made her a thief and murderess. Rachel says the money was hers, but is surprised by the murder charge. Trask asks her to find a place to talk. 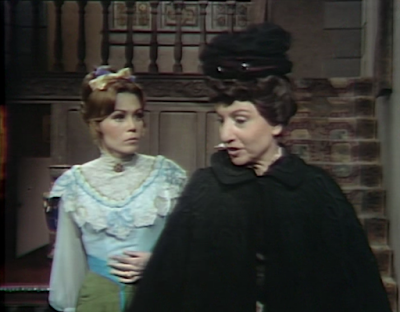 Rachel asks why Trask called her a murderess. Minerva says the Reverend will take her to court if she doesn't return to teach. Rachel asks once more why she called her a murderess. She says that she killed his brother before running away. Rachel is shocked to hear, saying Tim never mentioned killing anyone. Mrs. Trask tells Rachel that she will see Tim soon, when she returns. Rachel says she's not a thief or murderer. Mrs. Trask says the Reverend might regret having to do it, but he would tell the authorities about the thieving and murdering. 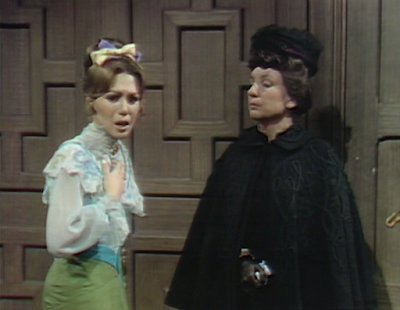 Judith comes in, apologizing for keeping Mrs. Trask waiting. She says that she came for Rachel. Judith says it would be good for the children. Trask adds that she'll be back in time for the wedding of Tim and Charity. Rachel runs upstairs. 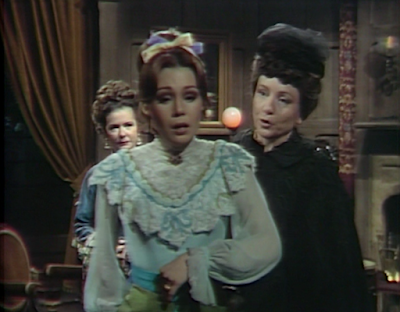 Magda leaves Laura's room and Rachel bumps into her. Rachel tells her that she's being accused of stealing money and murder. Magda asks if she had anything to do with it, and Rachel denies it. She says she could go to Boston and get a job. Magda says she's not the kind of person to tell fortunes. She asks if Rachel has anyone, and she says that she doesn't, as Tim is marrying Charity and Barnabas is marrying Angelique. Magda looks at her hand and tells her that her enemy is close. She adds that Rachel must be brave, or she is going to die. 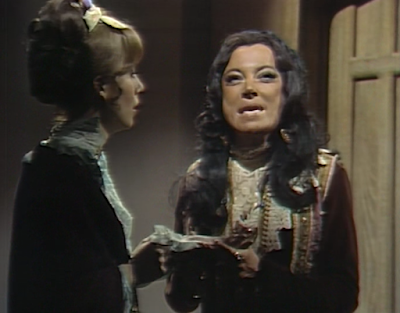 Downstairs, Judith and Mrs. Trask wait for Rachel. Judith says that Rachel doesn't seem excited to be leaving with her. Trask says that all families have conflicts. 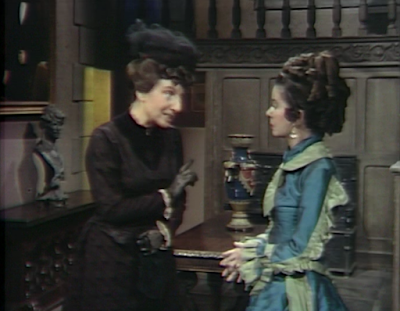 Laura comes downstairs and is introduced to Mrs. Trask. Judith goes up to get Rachel. Trask talks about giving away her daughter for marriage, and suggests that Laura must have similar dreams for her daughter. Laura explains that she has different ideas. Judith comes down and says that Rachel is missing. 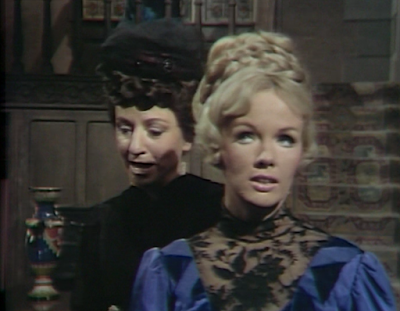 Magda brings Rachel to the mausoleum, where she can stay safely for one night. She asks Rachel if she has money for a carriage. Rachel explains she has nothing, and Magda says she can sell her jewelry to cover the cost. Rachel reluctantly agrees. Magda opens the secret door in the mausoleum, and Rachel appears shocked to see what's inside. 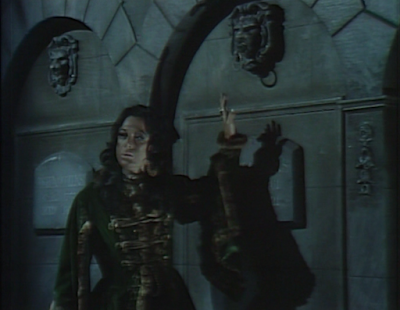 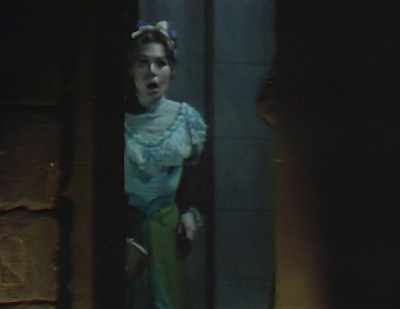 John: Quentin was so close to finding the urn in Laura's room! Probably a smart move to put Magda on the job.

Christine: I'm surprised he didn't see her sneaking up on him when he turned to look behind as he was going through her drawers. 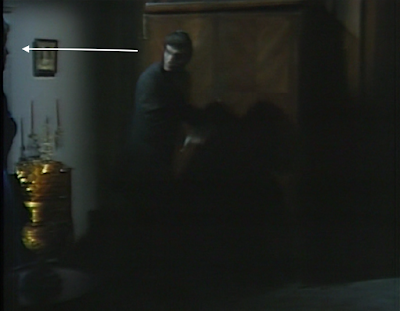 John: Why does Rachel act as though she's surprised to hear that Simon is dead, when Tim just explained that the reason he returned to work for Trask was because they told him he killed Simon?

Christine: It's great to have Clarice Blackburn back to torment the innocents as Trask's wife! I loved the way her mouth twitched when Judith said Rachel was gone. John: So in time, everyone in Collinwood will be aware of the secret room in the mausoleum. This should make for an interesting reuniting of Barnabas and Rachel come nightfall! 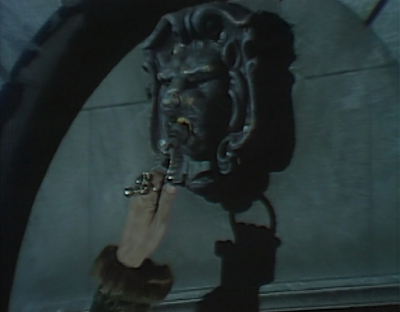 Christine: Isn't Barnabas taking his repose in the basement at the Old House?

John: That's right. Too bad, as I think that would have made for a good surprise!

Christine: I wonder if he'll note the resemblance to his sister Abigail when he meets Minerva Trask. Laura is sure to have someone discover her urn the way she keeps removing it from its obvious hiding place! 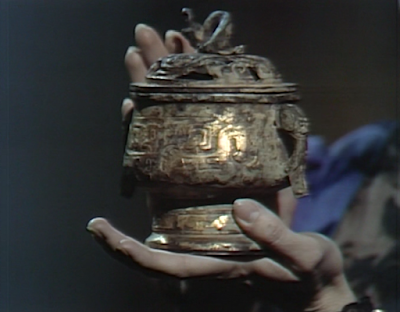 I refer to the secret room as the Grand Central Station of Collinsport. It seems that just about every character has wandered in there at one time or another.