Sandor tells Barnabas that he doesn't want to open Laura's tomb. Barnabas assures him that it is empty. Sandor reluctantly chisels the tomb open. In the cottage, Laura hears a hammering noise. Magda says she hears nothing. She suggests that Laura rest, but instead Laura screams and runs out of the cottage. 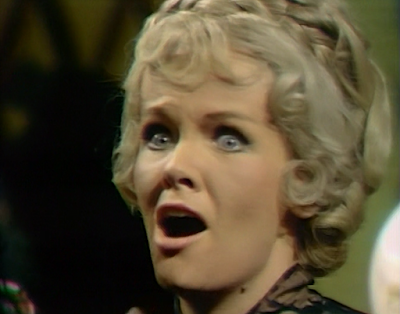 As he stands over a closed coffin, Sandor tells Barnabas that they will be punished. Barnabas demands that he open the coffin, but ultimately lifts the lid himself. As he does, Laura arrives. They find that it's empty. Sandor assumes it was grave robbers, and Barnabas tells him the coffin was never occupied. Barnabas then senses something, as Laura hides in the shadows. Sandor says they must leave and Laura sneaks away. 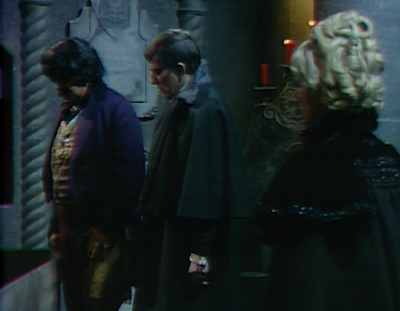 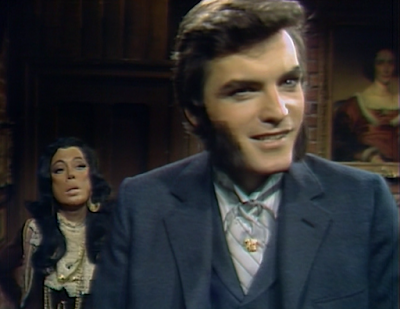 Sandor seals up the tomb. He tells Barnabas that Laura in Collinwood is no ghost. Barnabas reminds him of the portrait, and asks if that's a coincidence. Sandor suggests that Laura could be a descendant. Barnabas tells him she had no children. He does admit that he doesn't remember how she died, other than it was sudden. He finds a book in the crypt with death records, and sees that she died by fire. He thinks Quentin might know the truth about Laura; about when they went away. Sandor points out they went to Alexandria, Egypt. Barnabas wonders if he found out the truth about her there. 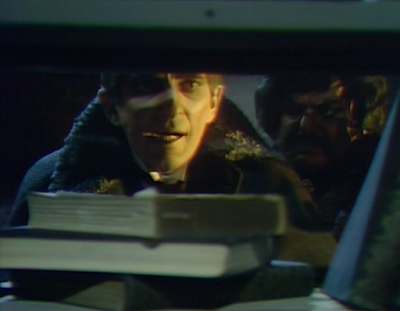 Laura stares into the fireplace. She tells Magda to burn the portrait. She says that she can't do it, and that Magda must do it for her. Magda offers to take it to the old house, and Laura tells her she must burn it, and tell no one. Magda places it on the fire. Laura looks away and asks her if it's burning. She almost seems excited to hear that it is. 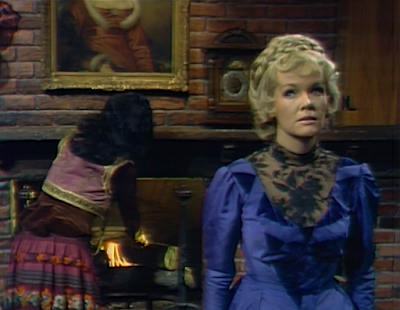 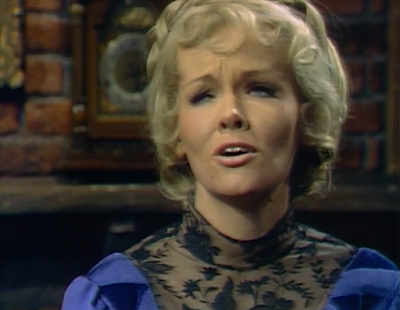 Barnabas returns to Collinwood and finds a cable from Alexandria in the foyer. Quentin enters and says he'll never understand Barnabas' life... saying he's always out and never at home. Barnabas tells Quentin that it's a shame they started off so badly. He says everyone is so secretive, however Quentin is open with his friends. He asks him about what happened with Laura in Alexandria. Barnabas picks up the cable from Alexandria and says it may refresh Quentin's memory. He hands it to him. 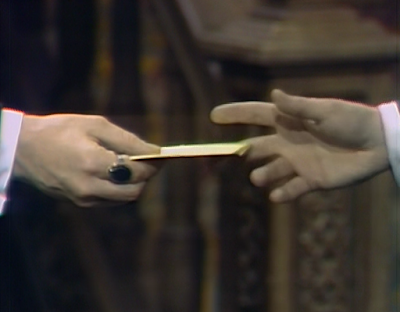 Quentin asks why Barnabas is so interested in Laura. He says he's interested in everyone he meets. Quentin doesn't believe him. Quentin tells Barnabas that he's much more mysterious than Laura. He probes into Barnabas' work. He says he hears he's often in Bangor. A rooster crows, and Barnabas says he must leave. Quentin says that he'd like to go to Bangor with him the next time that he goes. He offers Barnabas breakfast, and when he tells him he doesn't eat breakfast, he invites him to lunch, if he's not going into Bangor. 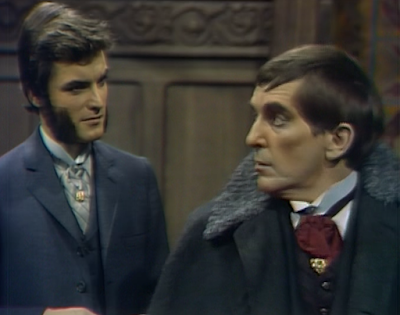 Sandor tells Magda that Quentin is keeping Barnabas on purpose, as the two approach Collinwood.

Barnabas says they will have lunch soon. Sandor comes in and says there's an urgent message from Bangor. Barnabas leaves, and tells Magda to stay and watch Quentin. She goes into the drawing room and tells him that Laura returned to the cottage, and she thinks someone was threatening her. Quentin accuses Magda of playing everyone against each other. He opens the cable from Alexandria and is shocked. He says he knew he was right. Magda asks what he's talking about. He asks himself what he's going to do now. 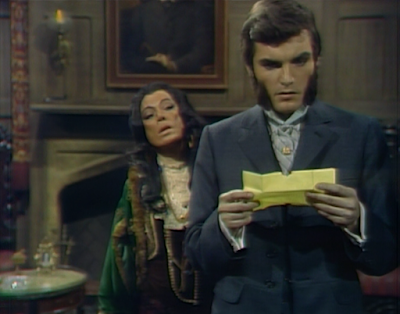 He asks Magda if Laura has changed. Magda says she seems desperate about the children, who she didn't seem interested in before. Quentin says he needs an honest answer. He asks if Laura has any powers. Magda says she has a certain sensitivity, but she has no powers. She tells him that he needn't worry. He can do whatever he is planning. 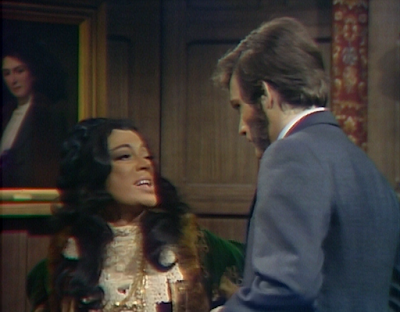 Quentin stops by the cottage to see Laura. He asks her why she came back. He says he doesn't believe it's for the children, and she says she needs them. He offers anything in their place. He offers her money, and his power, if it will get her to leave. He says he knows what will happen to them if she takes them. She tells him that if she leaves them, Quentin will take advantage of Jamison, the heir to Collinwood. He says that at least Jamison will be alive. He shows her a paper from the police in Alexandria. He reads the confirmation that Laura Collins died by fire in Alexandria. 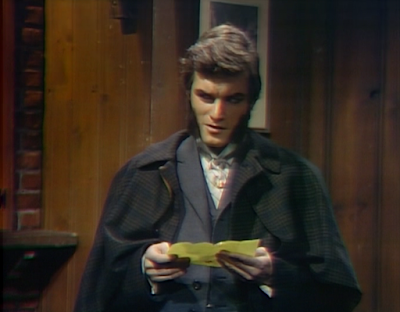 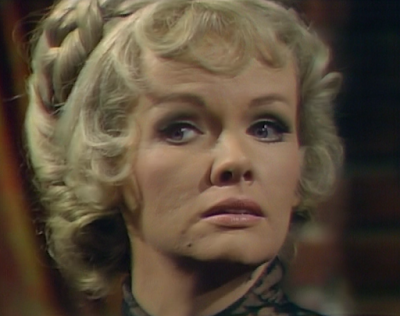 John: An empty coffin in Collinsport? What's next? Gambling at Rick's in Casablanca? I'm shocked. Shocked!

Christine: I'm disappointed. I was hoping for a dummy corpse. 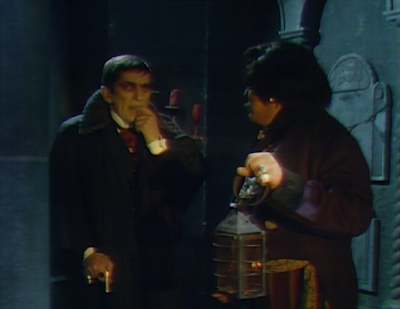 John: Another classic flub in today's episode, when Barnabas refers to, "My cousin, Uncle Jeremiah..." Too bad we didn't get to see the caretaker. I almost expect he would be the same one who was there 100 years in the future!

Christine: He did give the impression that he's immortal.

John: Two points for me! Yes, I was off by a day, but Laura's portrait did find its way into the fire in today's episode. It is interesting that Magda is either lying to Quentin, or ignorant when it comes to Laura and her powers. Not that he should need third-party confirmation, considering she already almost killed him.

Christine: It was strange that he acted ignorant of her powers after experiencing them firsthand. It was interesting that she couldn't place her own portrait in the fire yet still got quite a thrill out of it burning up. 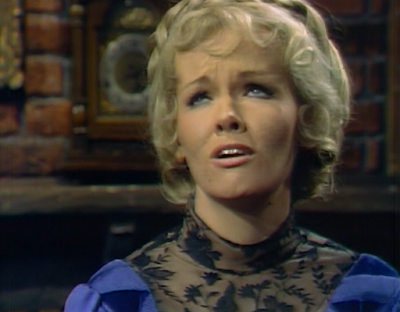