Julia reads while Maggie sleeps. A figure wearing a hat appears in the room behind her. Julia suddenly grows tired. She nods off. Maggie removes the crucifix and gets out of bed, approaching the figure in the shadows. 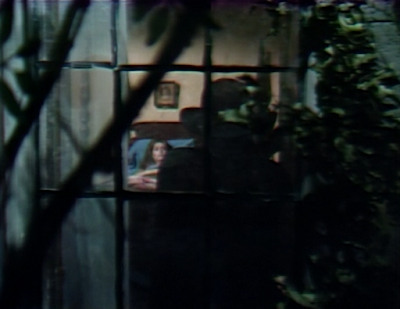 Quentin walks in and the person in the hat disappears. Maggie screams, and he helps her back into her bed. She begs for the person to come back to her. Quentin sees Julia and asks Maggie what the creature did to her. 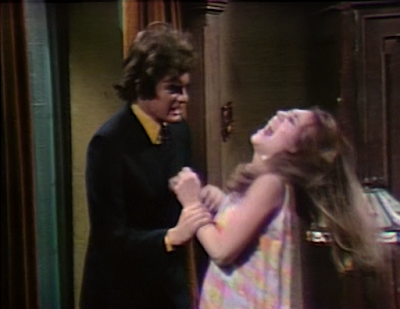 Julia wakes, and Quentin tells her the vampire was in the room, but he didn't get a good look before it disappeared. He tells her that she wasn't just sleeping—he says she was under the vampire's spell. Maggie says the howling dogs are calling her. Julia prepares a sedative for Maggie. Quentin tells Julia she got a call from Windcliff, and the head nurse wants her to call. Julia rushes out. Quentin wonders who's to blame for everything going on, and blames himself for not sharing what he knew. 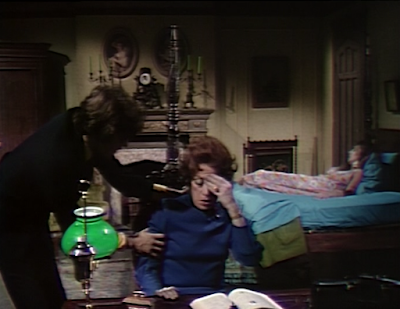 Julia tells Barnabas that David and Hallie are running high fevers at Windcliff. He offers to go with her, and she says that he must stay to protect Maggie from the vampire. 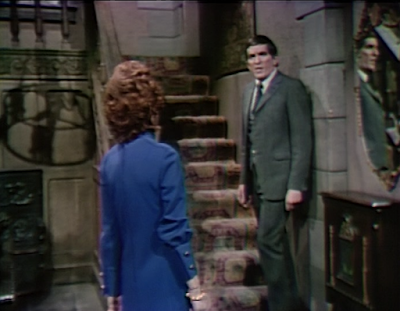 Quentin asks Maggie who's doing this to her. Barnabas comes in, and Quentin apologizes for not finding out who the vampire is. Barnabas asks him to go downstairs to wait by the phone for Julia's update on the children. Barnabas tells Quentin that he followed Carolyn to the old Magruder place — which Hallie refers to as Rose Cottage. Quentin goes downstairs and Barnabas thinks about how he wanted Maggie for all his own, only now realizing how much suffering he caused her. 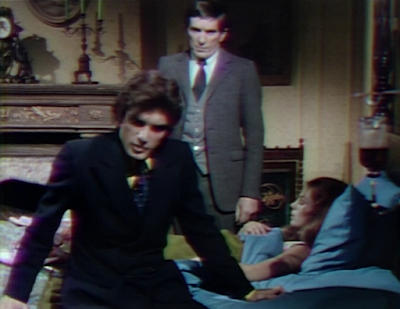 Quentin realizes that Daphne might be at Rose Cottage, and heads out to find her.

Quentin arrives at Rose Cottage and searches for Daphne. She comes in and when he tries to embrace her, she walks away. She tells him there's nothing for her at Collinwood. He asks what she was trying to do with the children. He tells her that they're sick. He demands that she tell him who is responsible. He tells her that he thought he was the reason she came, but he was wrong. She mentions Gerard. He asks if she loves him. She doesn't reply. He says he sees lover in her eyes for him. She denies it. She tells him that his staying is bad for the children. She tells him to go. He asks her if he's going to find out what's going on, and she tells him he will, if he leaves now. He offers to fight Gerard, and she tells him not to say that there. She begs him to leave, and he does. Daphne calls to Gerard, saying she sent him away, and then begs him to let the children live. 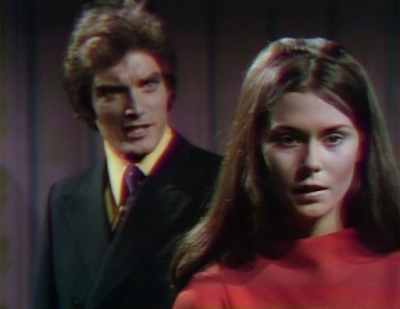 Daniel cries that he mustn't sleep. Julia asks why. He says she's not his doctor, and then references a doctor who arrives on horseback. Julia calls him Tad, and leaves to check on Hallie/Carrie. Tad gets out of bed says they must bring Gerard tonight. 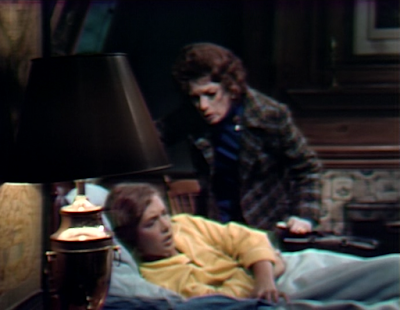 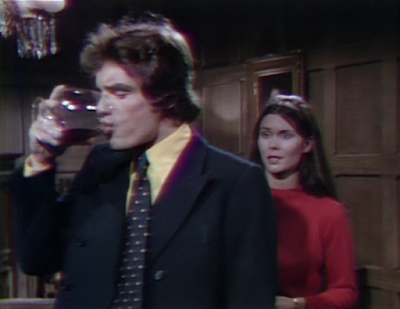 Tad draws a pentagram on the floor, and decides he needs candles. He starts out of the room and runs into Julia. She sees the pentagram, and asks him what he's doing. She shakes him until he seems ready to pass out, and then she helps him back into bed. Quentin walks in and asks what happened. She says he collapsed. She asks him to stay with David/Tad while she checks on Hallie/Carrie. After Julia leaves, Quentin lets Daphne in. She tells Quentin to leave them. He ultimately does what she asks. Alone with Tad, Daphne lights a candle. 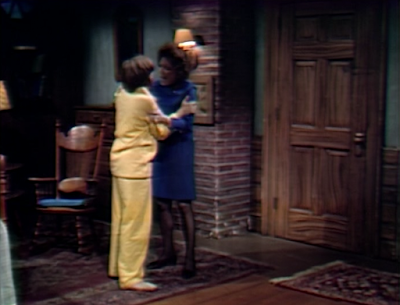 Julia returns to Tad's room, and Quentin stops her outside. He asks her to take him to see Hallie. Julia tries to check on David/Tad, and Quentin tries to block her. She won't be discouraged, and gets into the room in time to find Daphne performing some sort of ritual over David/Tad. 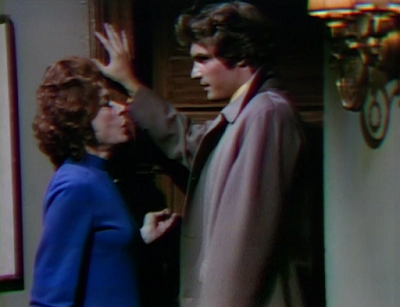 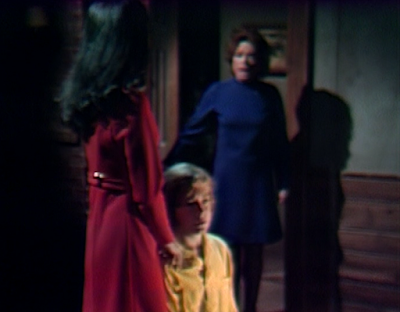 John: I'm sorry — whatever sort of sleeping spell the vampire(ss) remotely dropped on Julia couldn't possibly be enough for her to sleep through Maggie's shrieking.

Christine: I was just surprised Barnabas hadn't considered the possibility, knowing full well the vampire's range of powers. Well, we didn't get confirmation that Roxanne is the one in the hat and cape. I wonder how long they'll drag out that reveal.

John: Rose Cottage went from being the most important thing Barnabas and Julia could possibly find to another forgotten stepping stone on the road to Collinwood's destruction. At this point, since there's no hope of them preventing it, we should probably just start guessing about who's going to be murdered...

Christine: Perhaps it will be Maggie. Julia said she was one bite away from death. Sebastian Shaw is another possibility, or it could be a random red shirt brought in to fulfill the checklist.

John: Shouldn't Windcliff look a little more like a hospital, and a little less like another room in some forgotten wing of Collinwood?

Christine: I was always under the impression it was more of a mental hospital. It did look like someone had been drawing pentagrams on the floor before Tad began drawing his own. 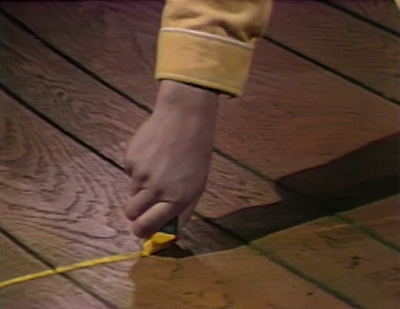