David and Hallie sit completely still in their chairs of Rose Cottage. Hallie says she's frightened, and David says she mustn't be. The ghosts of Tad and Carrie appear, and sit in the same chairs David and Hallie are sitting in. They say goodbye to David and Hallie. 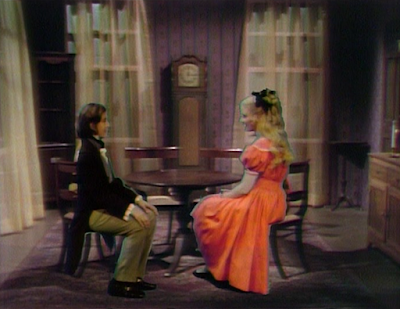 Tad and Carries assume David and Hallie's bodies. She tells him that Daphne kept her promise. She asks where Daphne and Gerard are. He reminds her that Daphne promised she'd never leave them. He tells her they have to get used to their new existence, and answer to Hallie and David. She says he'll always be Tad to her, but she understands. She tells him how good it is to be alive. 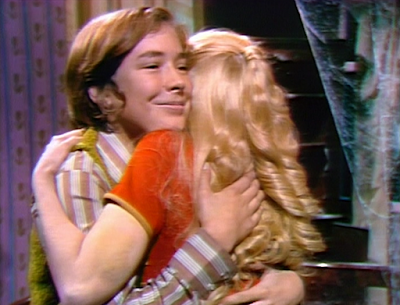 Barnabas says he searched all of Collinwood, and found no trace of them. Julia suggests the children may have been taken off the grounds. Barnabas says their spirits would be confined to Collinwood. She says they don't really know. She says she thinks they were taken to Rose Cottage. She's convinced that it exists. She says it may be known by a different name now than it was 130 years ago. 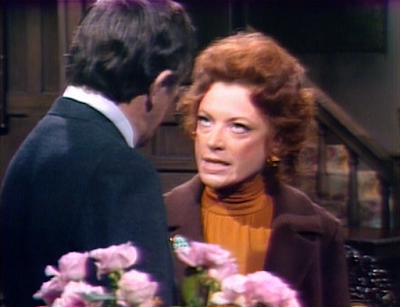 Quentin arrives at Rose Cottage, searching for David and Hallie. He goes into a room and lights a candle, which is brighter than his flashlight. He assumes he was wrong, as the house appears to be deserted. He pulls out Daphne's drawing of the house, and wonders what her connection to the house was. 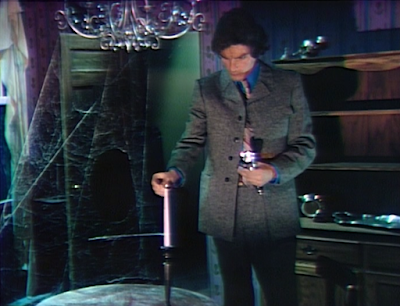 Julia reads from a book, possibly holding it upside-down. Barnabas paces in front of her, and says she may be putting too much emphasis on Rose Cottage. She reminds him that the destruction of Rose Cottage is one of the last of the clues. 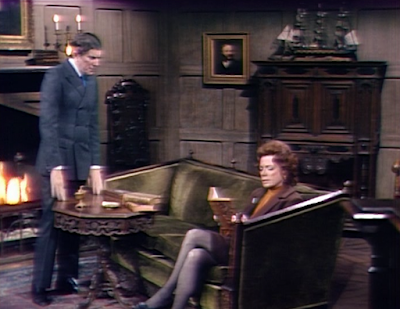 Carolyn comes in, happy and carefree. Barnabas asks if she knew the children were missing. She says she knows, and that she's not concerned. Barnabas asks if she knows something she's not telling them. She says they're gone. Julia says she thinks they're in danger. Carolyn assures them the children are alive and well, and says that's all she can tell them. She excuses herself and saunters out of the room. 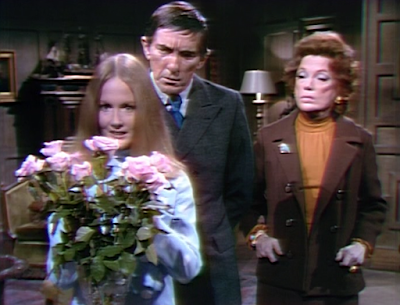 Barnabas asks Julia if she thinks Carolyn knows what she's talking about. Julia says she has no idea. She takes out Julia's horoscope, and notes that today's entry says the night will end in peace. Barnabas doubts it. He asks if she thinks the children have found the playroom. He wonders if they disappeared inside the house. Julia agrees that they can't rule out any possibilities. Barnabas goes to search the West Wing. 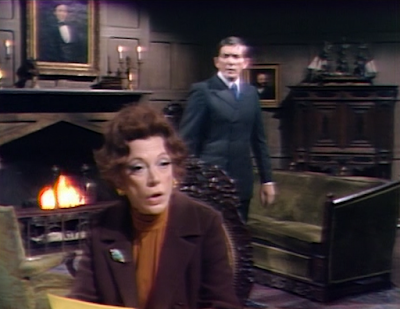 Julia hears the door, and Quentin says the children weren't where he thought they might be. She tells him she knows he lied to her earlier. She accuses him of letting Hallie get away from him. She shows him Daphne's handkerchief. She asks if he saw Daphne. He says he's never seen it before. She asks if he recognizes the smell of lilacs, and he says he does. Julia asks if Hallie got away when Daphne distracted him. He denies it. 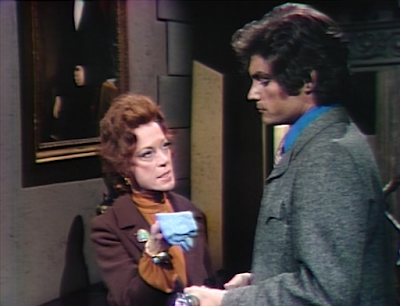 Barnabas opens the cupboard door in the west wing and enters a linen closet. He steps out and closes the door as Carolyn passes by. He asks what she's doing. She says she has always lived in the west wing, and he tells her that's not true. She asks why he calls her Carolyn when her name is Leticia. He asks her where the children are, and she tells him that it's late, and they would be in bed. 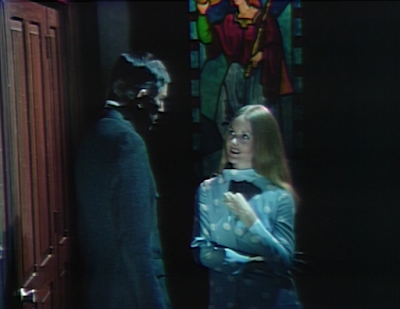 Quentin drinks, wondering what's preventing him from telling Julia the truth. He calls to Daphne and demands that she allow no harm to come to the children.

Barnabas goes to David's room. He finds David asleep in his bed. 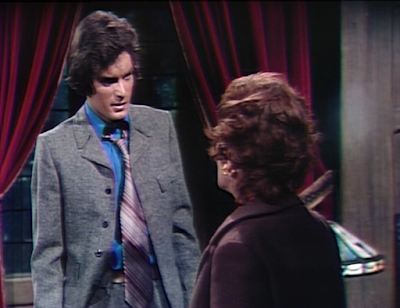 Barnabas interrogates the kids. He says running away was a drastic response to Julia's suggestion  that they go stay with her uncle. He asks them if Gerard and Daphne had anything to do with their leaving the house. They deny having heard those names before. Barnabas says that their spirits have been felt by many in the house. The children apologize for upsetting everyone. David points out that they're all right. 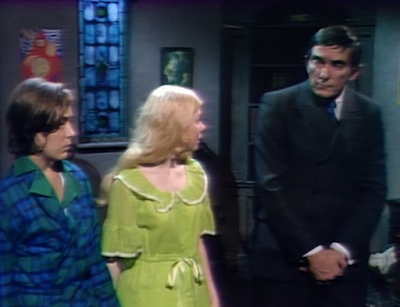 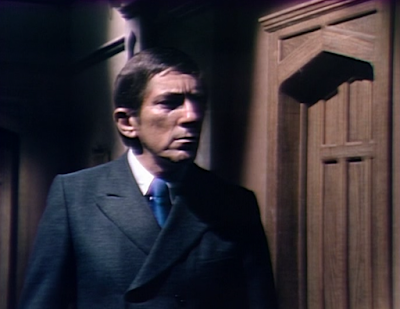 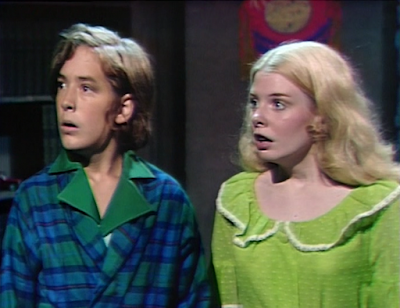 John: Barnabas, Julia and Quentin all continue to pull in different directions. I wish we had been given a better explanation as to why Quentin cannot tell Julia and Barnabas the truth, as it seems like the only way the writers decided to handle that was to have Quentin keep saying to himself that he can't tell them...

Christine: I believe the explanation given in past episodes is that Daphne has control over him, which keeps him from divulging the truth to Barnabas and Julia.

John: After Tad and Carrie make a big deal about not referring to each other as Tad and Carrie, even on their own, what do they do? And with Barnabas right outside their door? Funny that his shock of their possession doesn't carry over to Carolyn, as well.

Christine: It could be the shock is in realizing their possession indicates that they are one step closer to seeing Collinwood destroyed.

John: I wonder how many days we'll have to wait for this night to end in peace (according to Liz' horoscope)...

Christine: We may well be reminded that Sebastian Shaw was inventing part of her horoscope, knowing that there would be tragedy and keeping it hidden.