Carolyn enters the playroom, wondering why she's there, and how it can be, considering the room doesn't exist. She walks to the carousel music box. She looks around the room, wondering who called her there. She doesn't see Gerard's ghost standing behind her. She turns and gasps. 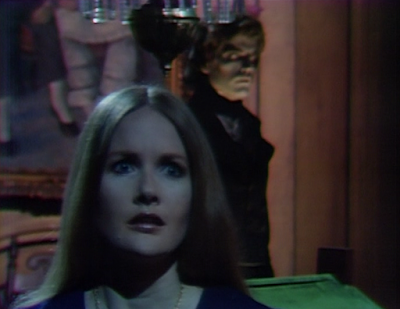 She asks who he is. He approaches her and she tries to escape, but she can't leave the room. He touches her head, and she says she knows him. She smiles and remembers the playroom, and Rose Cottage. She picks up the doll representing her and says she's Leticia, and asks Gerard how she could have forgotten. 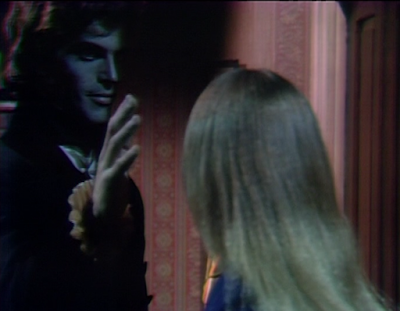 Julia comes downstairs and asks Elizabeth if she's seen Carolyn. She told her it was important not to leave Maggie alone. Elizabeth asks why Maggie can't be left alone, and Julia tells her that she gets very restless. Elizabeth wonders what kind of animal could have attacked her. Elizabeth reads a book on astrology, and tells Julia that she trusts astrology more than the story she and Barnabas had been peddling. She goes so far as to suggest the last clue won't come true, as Carolyn cannot sing. 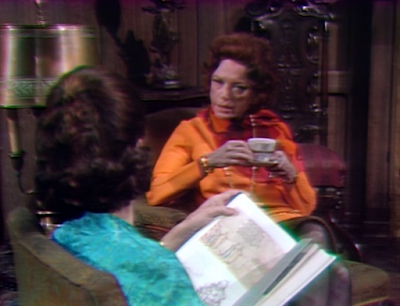 Caro-Leticia remembers the lovely times she had with Gerard. She asks him if he remembers how Leticia used to please him, and promises to do the same before leaving the playroom. Gerard's snarl almost turns to a smile for the first time. 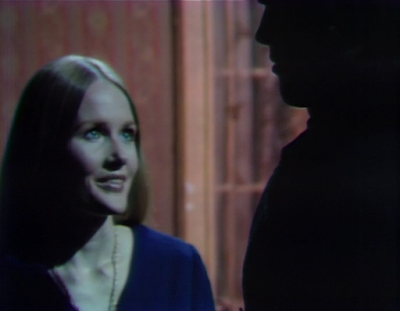 Julia tells Elizabeth she's not going to give up trying to decipher the clues. She opens Quentin's diary and says she opened it to the current day, but back in 1839. Elizabeth asks her what terrible event happened. She says he had a vision of the future, and the next day he got a collection of books on witchcraft from England, and there was a concert in the drawing room. Carolyn comes in and searches the room for something. She says she's trying to find something; a present for everyone. she leaves, and Elizabeth follows after her. Julia continues reading the diary. 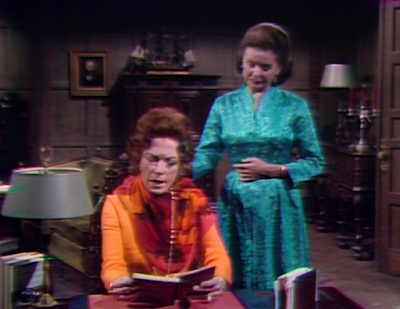 In a cobwebbed room, Carolyn opens a trunk full of old clothes. She finds a dress and a hat, which she puts on. Her mother walks in and asks what she's doing in this room. She continues to rummage through the trunk. She tells her mother to leave her alone, saying she's become interested in the past. Elizabeth tells her they'll talk later, and leaves her to her searching. Carolyn finds a book, which she identifies as Gerard's surprise. 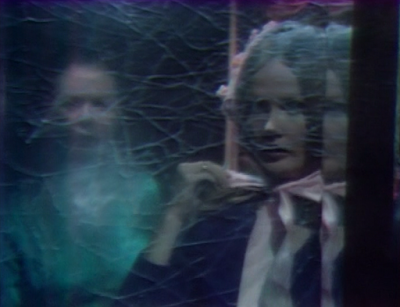 Shaw arrives at Collinwood to see Maggie. Julia says she's not seeing anyone. He asks if she'll be alright. He asks Julia to ask Maggie if she'll see him. She sends him into the drawing room and goes upstairs. He picks up Elizabeth's horoscope when Carolyn walks in. When she sees him, she turns away, upset. She apologizes. He asks if it's something he did, and she says it's nothing he's done. She says that he's unhappy because he's terribly dependent on someone and he doesn't want to be. He denies it, but she says she can see it. She says she can see into people now, past the surface—a second sight. Julia walks in and asks if that's true. She tells Shaw that Maggie is asleep, but Elizabeth would like to see him. He goes upstairs to see her, and Julia tells Carolyn she's fascinated to hear about her second sight. She asks when she got that gift, and Carolyn asks what business is that of hers, and Julia proclaims that anything strange in Collinwood is her business. Carolyn says she doesn't know what Julia is talking about, and runs out of the room. 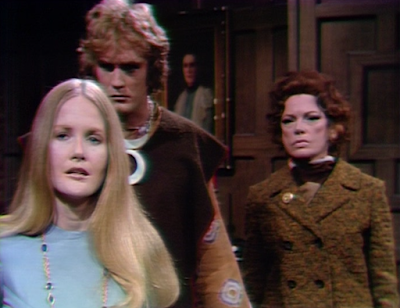 Elizabeth tells Shaw that she's also concerned about Maggie, but she's getting the best of care. He asks her to see if Maggie will see him. She says she's sure she will when she's better, and adds that she'd like him to do Maggie's horoscope when she's feeling better. She goes to get him her book on astrology. Carolyn confronts Shaw and asks why he doesn't tell her mother that the horoscope is all a lie. He says she's wrong, and she tells him she can't see why he did it, but he deliberately wrote false predictions. He says he's very serious about his work. She laughs at him. Elizabeth returns with the book, and after giving it to Shaw, he rushes out. 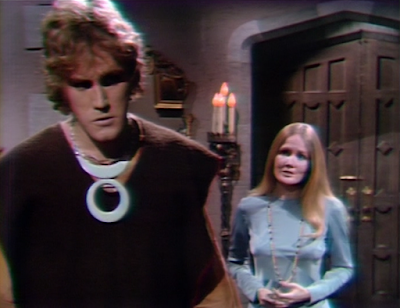 Elizabeth asks what she was talking with him about, and she says it was nothing. Carolyn tells her mother that she has to light the candles for her surprise. She says she's very nervous, and tells her mother to call everyone in. She arranges chairs, and says she can call them in. Elizabeth calls for Julia. She goes to the foyer and sees Gerard's ghost. She returns to the drawing room and asks her mother to sit down so she can begin her concert. She starts to sing the Pansy Faye song. Julia hears her from upstairs and rushes into the drawing room, screaming for Carolyn to stop. 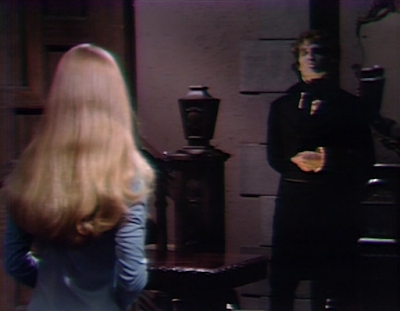 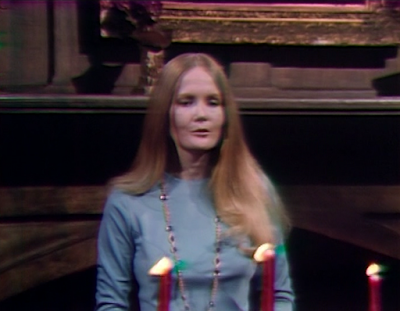 John: Wouldn't Elizabeth assume that Maggie was attacked by the same kind of animal that had attacked her not that long ago? A wolf that walked upright, wearing mans clothes? Perhaps she already got the memo that the werewolves had been written out of the show.

Christine: I was screaming for Carolyn to stop along with Julia! Just when I got "I Wanna Dance With You" out of my head, it has come back to haunt us all. 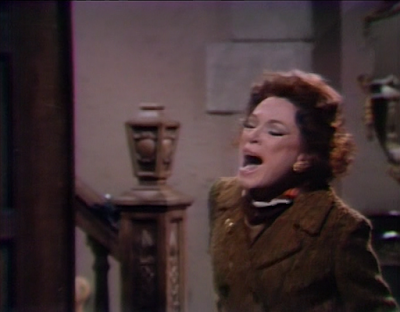 John: How intensive can your research be if you randomly open books to decide where to start reading? I guess we are to assume the concert Quentin referenced was Leticia Faye singing? And since Carolyn only knows one song, does that mean Leticia Faye is somehow related to Carl's widow Pansy Faye? I can't wait to see how they connect these dots in the Collins family history...

Christine: Didn't Pansy Faye also have the gift of second sight? There must be some relation.

John: Tick off the Catastro-tracker! The ghost of Gerard is finally smiling, suggesting that we're now just a murder away from the destruction of Collinwood!

Christine: Julia told Elizabeth that "the destruction of Rose Cottage" was one of three clues left. We prematurely checked off the appearance of Rose Cottage, since 1995 Carolyn's list wasn't quite so specific and only listed Rose Cottage. The Catastro-tracker has been updated to reflect this new information. Fortunately, that means we are not as close to the catastrophe at Collinwood as we thought!