David walks into the woods. He says he wants to go back to Collinwood. Gerard stands before him, snarling. David agrees to follow him, and asks where Hallie is. 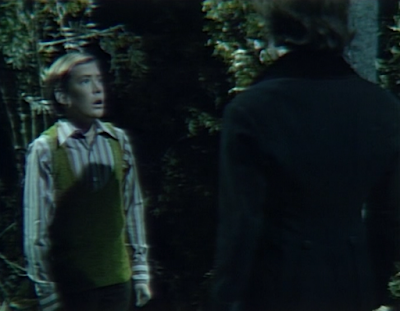 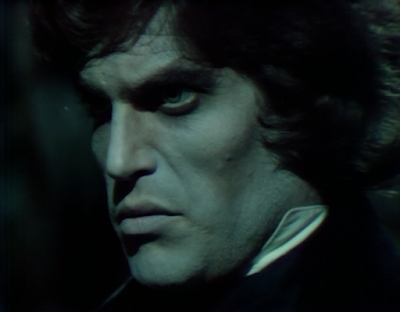 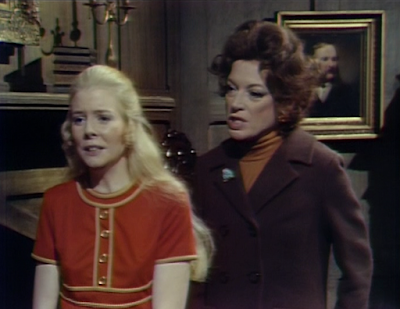 She says she hasn't seen any ghosts. Julia says she never said anything about ghosts. She says there's only one way that she would know. She asks if she wants David to be harmed. Hallie sees the ghost of Daphne watching her out the window. Julia asks her who she saw. Hallie tries to run out of the house, but Julia stops her. She demands that Hallie tell her where David is. 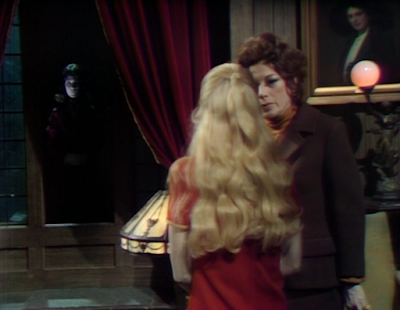 Daphne appears in her room. She opens a drawer and removes a drawing of a building. Quentin walks in and she puts the drawing down. He asks if she knows about David, and if she knew who forced him out of the house. He tells her that he didn't tell anyone about her to protect her because he didn't think anyone was in danger. He says if David is in danger, she has to tell him, but Daphne disappears. He picks up the drawing, which seems familiar to him. 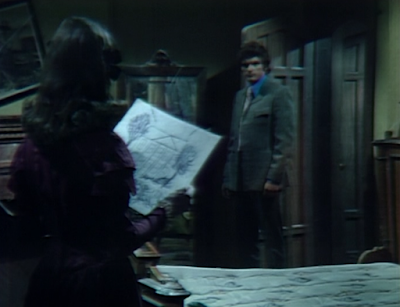 David tells Gerard that he's tired as they walk through the woods. Gerard pulls apart some branches, revealing Rose Cottage. David asks him why he's taking him there. 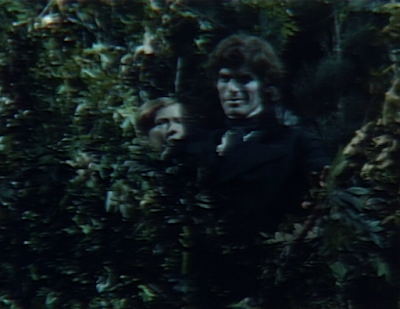 Julia calls Stokes and tells him David is missing, lured out by Gerard. She says she's bringing Hallie to his house. She leaves Hallie with Quentin and goes upstairs to get her things. Hallie doesn't want to go. 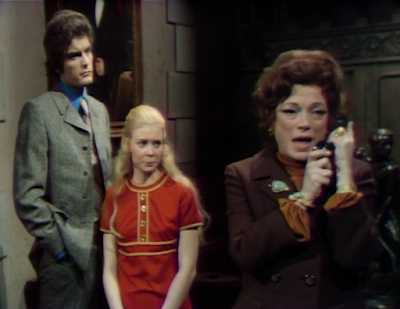 Quentin takes her into he drawing room, where he smells lilacs. Daphne appears. Quentin asks her where David is, and doesn't see as Hallie runs out of the house. Quentin chases her but it's too late. When he returns to the drawing room, Daphne is gone. 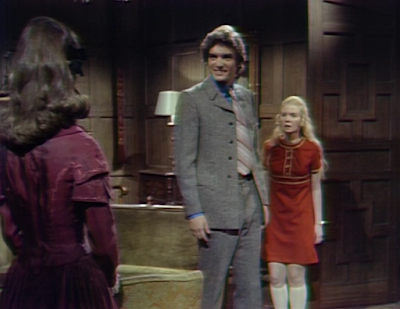 Hallie follows Daphne through the woods. Hallie asks if they're going where David is, and Daphne smiles and nods.


Quentin tells Julia that he felt a presence in the house, and the next thing he knew, Hallie was gone. Julia asks if there's anything he's not telling her. He says no, and goes to search for Hallie. After he leaves, Julia picks up a handkerchief and smells lilacs.

In Rose Cottage, David asks Gerard why they've come there. He asks if Hallie will be joining them. He asks if he can sit down, and he does, saying he's tired. He immediately falls asleep. 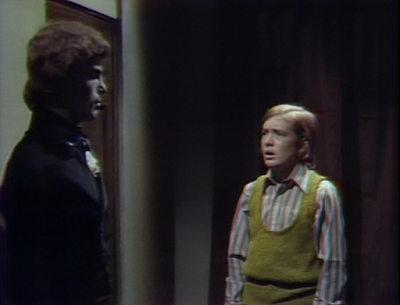 In the woods, Daphne parts the branches, revealing Rose Cottage to Hallie. 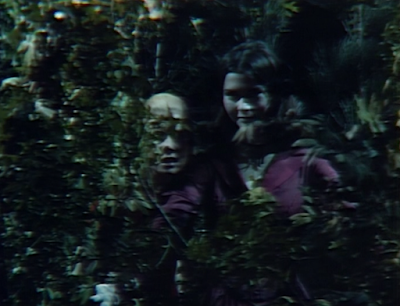 David dreams of he and Hallie entering a familiar room. They see life-size dolls that are crying. They hear voices asking if they are going to die, and realizing that they are, so they can live again. Hallie says she doesn't understand, and David agrees. They turn to leave and are blocked by Daphne, who approaches them, arms outstretched. 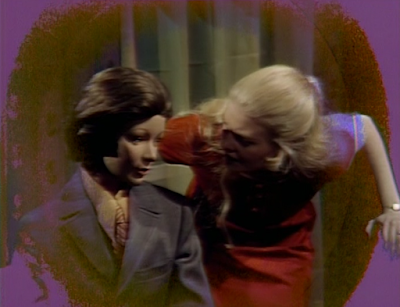 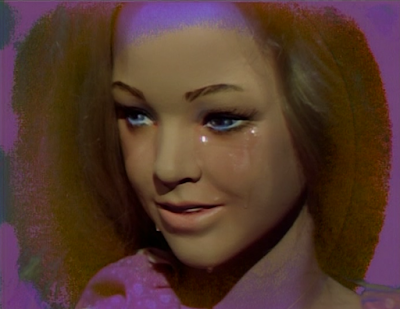 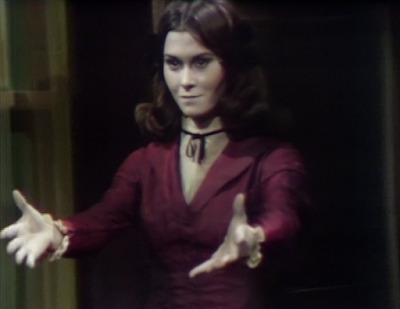 David wakes from his dream to see Daphne in front of him with outstretched arms. He tells Hallie something terrible is going to happen, and they need to leave. He says he had a dream about death, and they have to run back to Collinwood. Hallie says it's too late, and that they have to do what they want them to. David agrees. 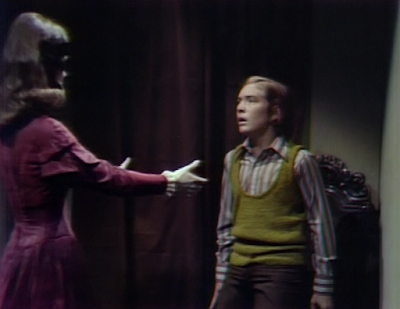 Quentin searches the woods for David and Hallie. He removes the drawing, and recognizes it as the old Magruder Mansion. He wonders why Daphne had it in her room. He wonders if Daphne and Gerard took the children there. 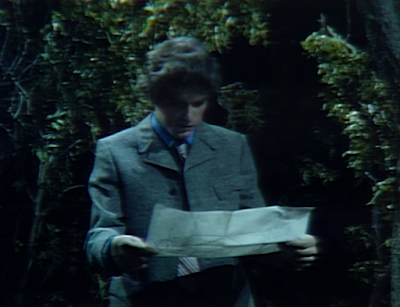 The children follow Gerard into a room that they recognize from their dream. She says everything is the same but the dolls. David says they don't need the dolls any more. Hallie asks him what's going to happen to them. 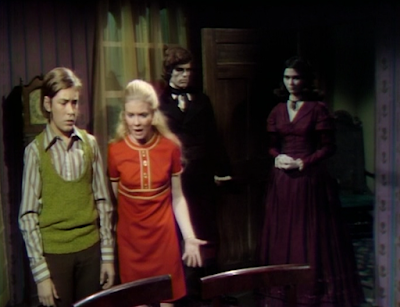 Daphne sits them down at the table in the chairs the dolls were sitting in. David tells Hallie that it's too late. Gerard takes David's hand and stares at him, and then does the same with Hallie. Gerard then escorts Daphne out of the room and closes the door. David and Hallie sit completely still in their chairs. Hallie says she's frightened, and David says she mustn't be. The ghosts of Tad and Carrie appear, and sit in the same chairs David and Hallie are sitting in. They say goodbye to David and Hallie. 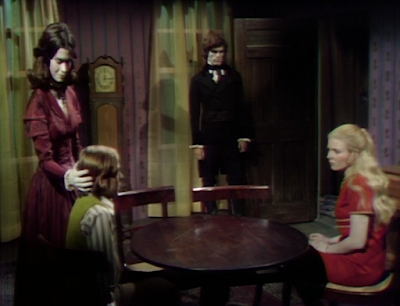 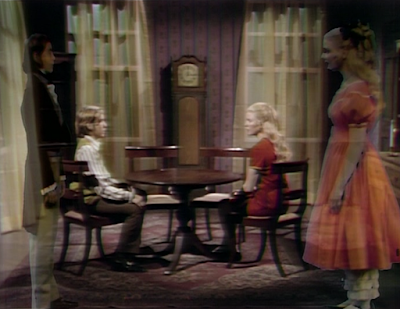 John: This might just be my favorite episode since we returned to this version of 1970. Should we assume that Tad and Carrie now live in the physical bodies of David and Hallie? At this point, I don't even care. The ghost activity from the silent Gerard and Daphne was top-notch. I can't wait to see what happens when Quentin stumbles into Rose Cottage! 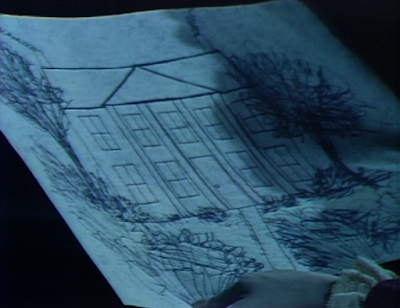 Christine: This was one of the scariest episodes in the series. Kids must have been having nightmares over the crying mannequins, ghosts with outstretched arms, and hapless adults who have failed to protect them.

John: Daphne's smile and nod to Hallie when she asks if she's being taken where David is reminded me of Anthony James' chauffeur from Dan Curtis' feature adaptation of Robert Marasco's Burnt Offerings! Creepy good stuff! 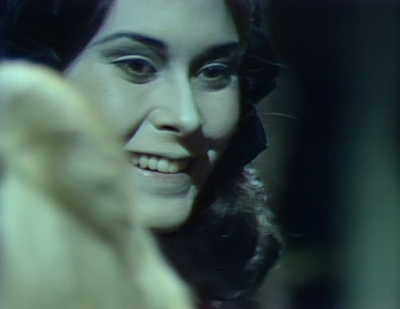 John: Now, as much as I enjoyed the episode, I would be remiss not to point out that this storyline, and the effort to swap Tad and Carrie with David and Hallie, is the writers equivalent of a Rube Goldberg machine. Did they really need so many weeks, six random, unrelated clues, a mysterious house/doll house that coexist, and a stairway through time... all for this? You'd think they could have done all this just as easily in any one of the empty rooms of Collinwood. And yes, we're still waiting to find out just who all these players are... so maybe, just maybe, things will continue to improve from here!

Christine: The point of not fast tracking the possession of the children was to draw out an impending sense of doom. Julia and Barnabas squandered quite a lot of time they were given to prevent the destruction of Collinwood as clues kept getting ticked off the list. We were left watching helplessly as the children were drawn deeper into Gerard and Daphne's web while the folks who should have been more attentive to them, knowing they were doomed to death, allowed them to slip away. Now we are left wondering if it's too late to save Collinwood, and if the last few clues will be fulfilled by the end of the week. It is only Monday after all, and we've said goodbye to David and Hallie, not knowing if we will ever see these characters again.