At Collinwood, Julia and Barnabas go to check on Maggie. They find Mrs. Johnson unconscious, and Maggie gone.

Maggie approaches a shrouded figure in the woods.

Barnabas calls out the window to Maggie. Julia says Mrs. Johnson has been knocked out. Barnabas notices the secret panel is open. He goes in search of Maggie. 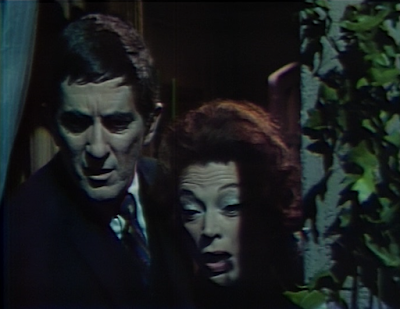 Julia comes downstairs and in the foyer, hears music playing. She goes into the drawing room and finds Carolyn. Julia asks who she was talking to. Carolyn denies anyone was there. Julia asks if Gerard was there. Carolyn asks her why she didn't say the children were missing. Julia asks her how she knew. Carolyn is flustered, and Julia asks her what Gerard told her. Carolyn demands that she tell her where the children are, and if she does, she'll tell them where they can find Maggie. She says she had a vision of her. Julia says Maggie's life is in danger, and Carolyn in unimpressed. Julia tells her that she doesn't believe she has second sight. She says that if she did, she'd be able to see the children. She accuses her of not seeing Maggie, either. Carolyn says she can't tell her. 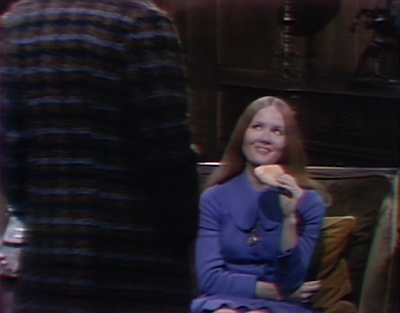 Barnabas calls for Willie, who comes running downstairs. He tells Willie to lock Daphne's door, and then to help him search for Maggie. He asks him to check with Julia first to see if she's learned anything from Mrs. Johnson. 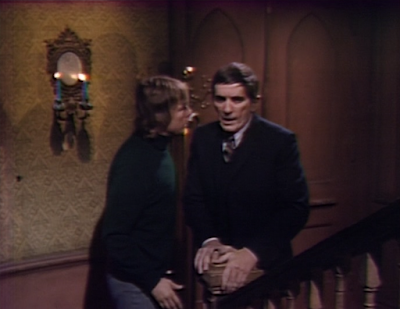 Carolyn is singing the Pansy Faye song when Willie walks in and startles her. Carolyn laughs, saying she knows more about Maggie than Julia and Barnabas. 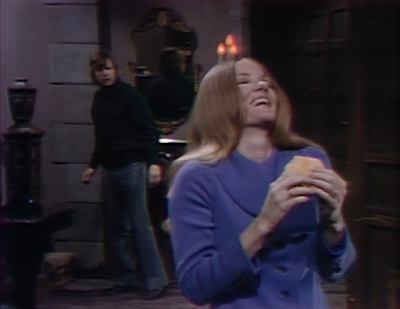 He asks her what she knows, and grabs her roughly. She asks why she should help him, since Maggie never belonged in Collinwood. Willie tells her that she's crazy, and she calls him stupid. She says he's not smart enough to find Maggie. She offers him a riddle to help him find her, sure he won't be able to figure it out. 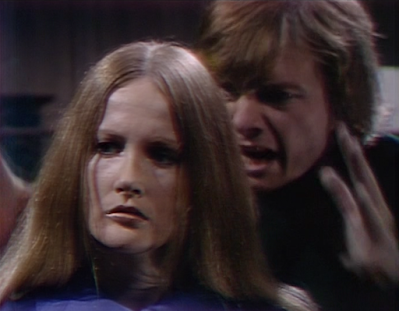 In the woods, Willie tries to figure out Carolyn's riddle. He finds himself in Eagle Hill Cemetery. He doesn't think he can figure out the riddle. He sits down and leans up against a tombstone that has the name Harrow, which aligns with the riddle. 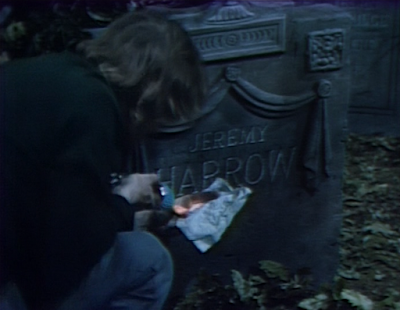 That leads him to a crypt. He goes inside and finds a coffin inside. He opens the lid and it's empty. He realizes this is where the vampire stays. 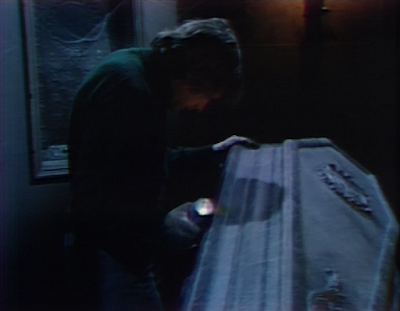 He finds Maggie on the ground behind the coffin, bleeding from a wound on her neck. 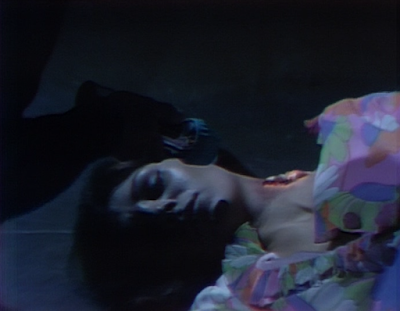 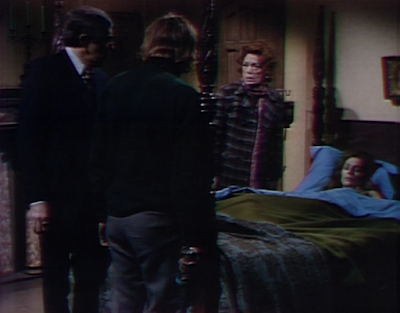 In the old house, Willie shows Barnabas the stake and mallet. Julia arrives, and Barnabas expresses his regret that he can't do it himself. Julia and Willie leave, and Barnabas heads downstairs. 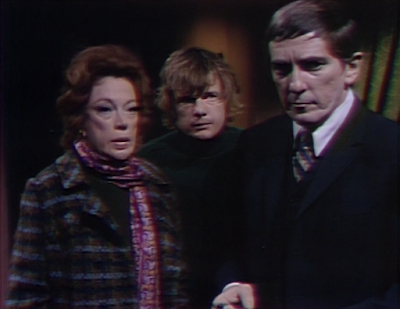 After sunrise, Julia and Willie arrive at the crypt. The expect to find someone guarding the coffin, but no one is there when they arrive. Willie considers if it were Barnabas' coffin, and they were two other people. Julia tells him not to think that, and opens the coffin. She looks inside and is shocked by what she sees. 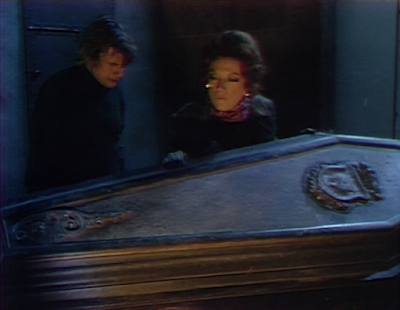 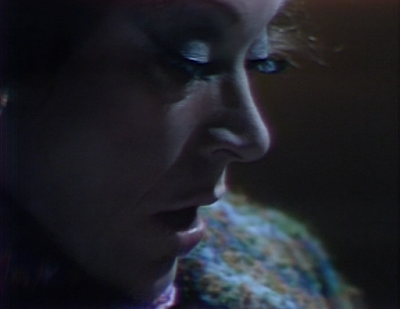 John: So just to confirm, do we check-off the destruction of Rose Cottage, for real this time?

Christine: I'm not sure. Did we get confirmation that Rose Cottage was actually destroyed? Perhaps the Collinsport Fire Dept. arrived in time to save it.  I guess I'll check it off, and hopefully we won't have to uncheck it again when the clue gets changed to the destruction of Rose Cottage by falling meteor or something. 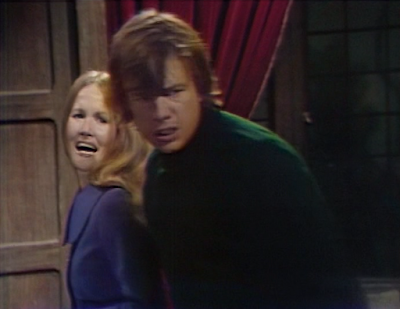 Christine: That was glorious entertainment! I wonder if Carolyn ever finished her big cookie. She nibbled on that for two whole scenes without making much headway. It seemed a rather odd prop, though maybe there is some connection to 1995 Carolyn, who compulsively ate Prof. Stokes' grapes. 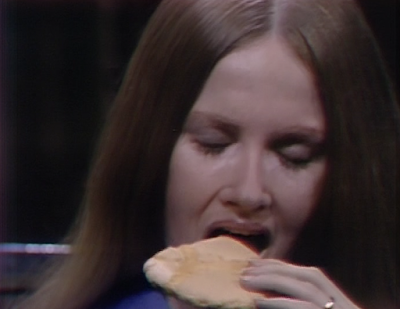 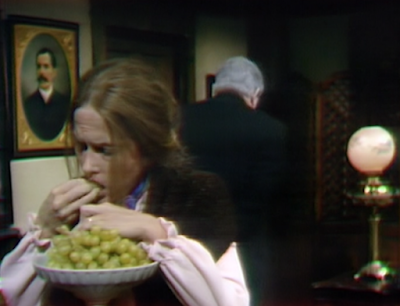 John: Good thing Sebastian had the day off today, or it would have ruined the surprise if they found him guarding Roxanne's coffin. I mean, it has to be Roxanne, right? Willie may not know of Roxanne's relationship with Barnabas, but would Julia hesitate because she does? I guess we have to wait until next week to find out...

Christine: I will be very surprised if it is not Roxanne and even more surprised if she gets staked. Julia's devotion to Barnabas will prevent her from killing the woman of his dreams without informing him first. Also, it's not much fun if Barnabas doesn't get to agonize over choosing between Maggie and vampire Roxanne. 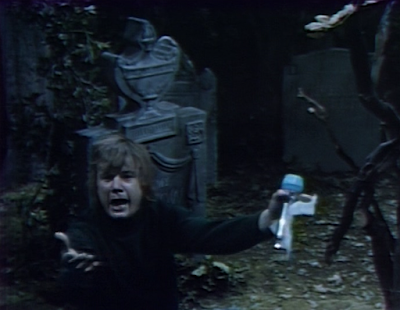 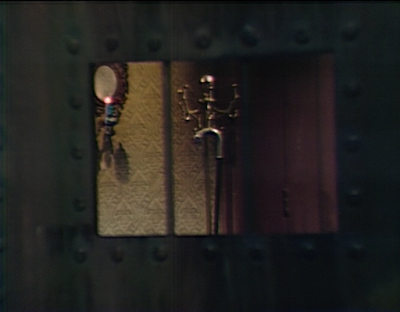 ❎ The night of the sun and moon

❎ The night Carolyn sang her song

❎ The destruction of Rose Cottage