Quentin wakes up from his dream and finds lilacs on the table. He begs Daphne to appear to him, and she does. She picks up he lilacs and hands them to him. She touches his cheek and he smiles. She walks out of the room, and the lights go out. He lights a candle and looks for her. He sees the lilacs on the ground, crushed. 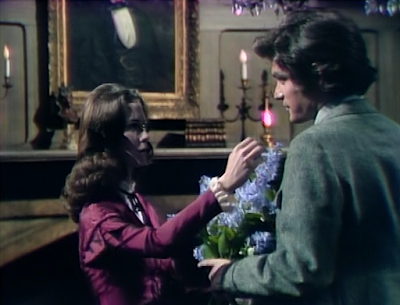 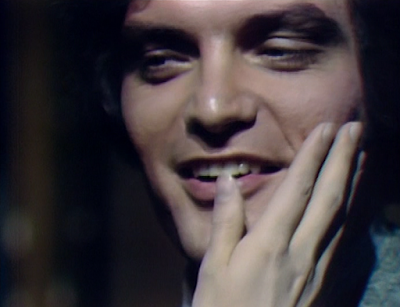 Maggie tells David that in the future, if he takes the boat out alone he has to be back before dark. She sees a model boat on his desk named Java Queen, and asks where he got it. He makes up a story that he found it in the attic. She leaves him alone, and Daphne appears. He asks if she gave him the boat, and if it came from the playroom. She nods. He asks who it belonged to. There's a knock at his door and Daphne disappears. 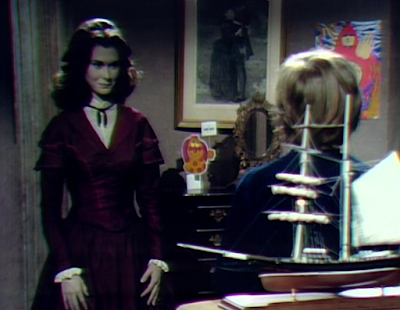 Quentin comes in and offers David his camera. He smells lilacs. David says it's too late for them to bloom. He asks if someone else was in the room wearing lilac perfume. David says Maggie was just in his room. 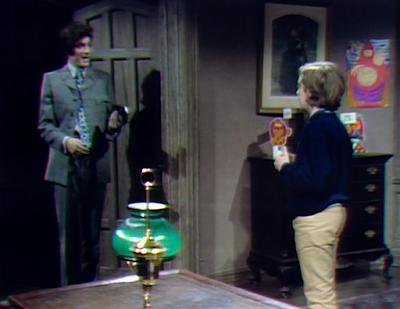 Quentin tells David that a scent like that can indicate when a spirit is present. He asks David if that would frighten him, and David says it would. Quentin leave him alone, and David notices that he scent is gone. 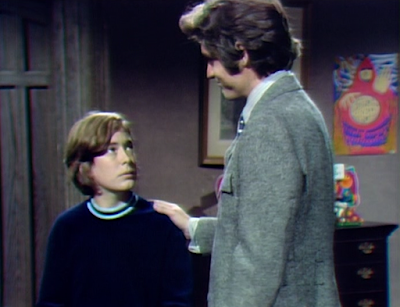 Carolyn closes the drawing room doors and starts to make a phone call. Maggie bursts in and apologizes. Carolyn says she thought Maggie might have been her mother. She tells Maggie that Jeb is alive. Maggie asks if she means Sebastian Shaw. She says that she has to accept that Jeb is dead, and Shaw is a different person. Carolyn reminds her that she knows there are things in this world that they cannot explain. She says she can't help but hope she'll find Jeb. 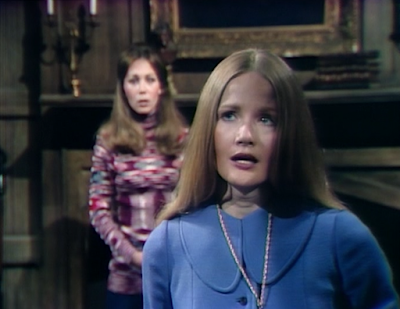 Quentin is upstairs wondering if Daphne could have been in David's room, and if he saw her. He assumes David would have mentioned it, as he would have been frightened. She appears and beckons him to follow her. She leads him to a door in the West Wing. 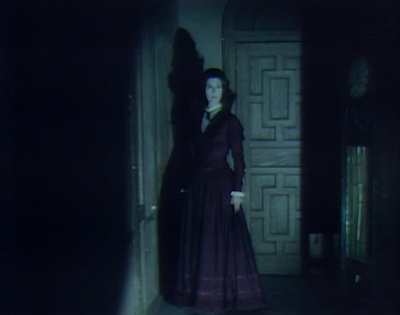 He follows her in, but doesn't see her. He lights a candle and finds an unfinished note referring to someone who loved her, that frightened her. He begs her to appear to him. He then notices that the note has disappeared. He leaves the room. 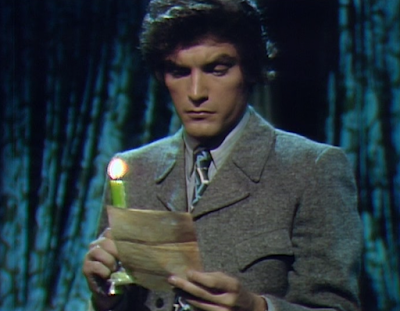 Carolyn, Maggie and David are on a picnic. David is taking pictures of the girls with Quentin's camera. 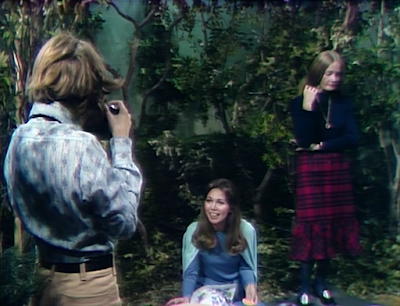 Quentin arrives, and David says he has one photo left. He asks Maggie and Quentin to pose. David suddenly thinks that someone was behind him. He tells Quentin he thought it was Hallie, and then he takes the photo. As the girls pack up the picnic, Quentin looks off in the distance. 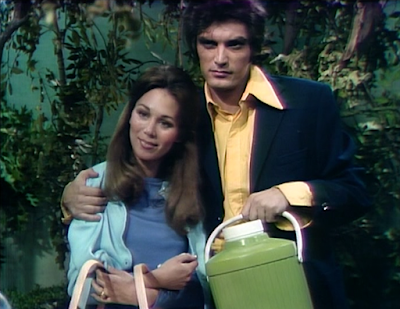 Carolyn apologizes to Maggie for sulking through the picnic. She tells Maggie that she's not going to call Sebastian to question him. Quentin comes into the drawing room, and Carolyn goes upstairs to check on David's pictures. Quentin sits down to read the family history. He tells her he had a great grand uncle named Quentin Collins. 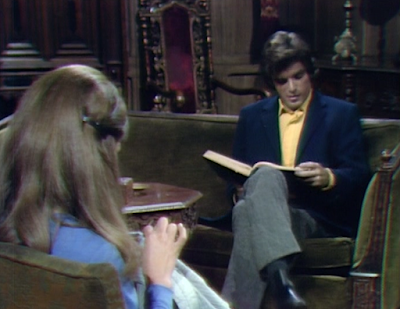 David is developing photos in a darkroom setup when Carolyn walks in. He shows her the pictures. In the photo of Maggie and Quentin, he tells her to look behind them. He asks if she gets the feeling that someone is watching them. Gerard Stiles ghost stands unnoticed in David's room. 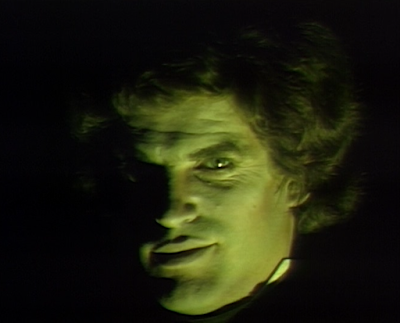 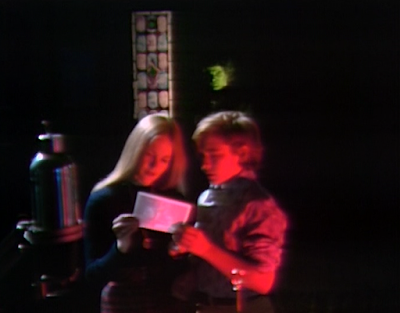 John:  Have we ever had an outdoor scene set during the day? Granted, it was still shot on the soundstage, but it's certainly rare for us to experience an exterior daytime shot. Or seen someone eat real food, for that matter! And it looks like we can check off another item from the Catastro-tracker. But it once again just appears to be another time marker on the road to ruin for Collinwood...

Christine: I believe Vicki used to take walks up on Widows' Hill during the daytime. It's rare, but real food has been consumed on the show before. Most recently, 1995 Carolyn made quite a spectacle of herself when she guzzled grapes at Stokes' residence. So, did Barnabas and Julia not tell Quentin about ALL the clues future Carolyn relayed to them? You might think they would warn everyone not to have any picnics.

John: Does Quentin not know that he's Quentin? It was odd the way he was describing his namesake from 1840 to Maggie.

Christine: I understand that Quentin and Maggie's brief spell induced love affair has fizzled out without Angelique to keep the magic alive, but I don't understand why Quentin would completely lose interest in her, complain about being lonely to Julia, and decide to chase after a ghost instead. This must be where his mental illness began.

John: Good gig for Gerard today, who only had to show up long enough to appear in the spotlight in David's darkroom! I'm going to be disappointed if the first words we hear from him come during a flashback sequence...

Christine: Have any of the ghosts on this show ever spoken? I can't think of one. By the way, doesn't David have a camera of his own? Back in Episode 659, he took a photo of Barnabas and Carolyn that showed someone hanging behind them.

❎ The picnic
❎ The night of the sun and moon
▢ The murder
▢ The unfinished horoscope
▢ The night Carolyn sang her song
▢ Rose Cottage
Posted by John Scoleri at 6:00 AM