David reviews a photograph from the picnic when Quentin comes in. David asks if he sees a face in the background watching them. Quentin says he sees it, but it appears to be an optical illusion. 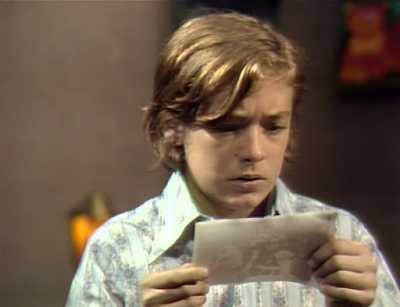 Barnabas and Julia arrive at Collinwood. Julia feels the presence of Gerard Stiles. Barnabas sends her to the drawing room, and says he'll tell Elizabeth that they all need to leave the house. Julia says the only proof they have is her sense of his presence. She tells him that Hallie is with her uncle, so he should check on David and Quentin. 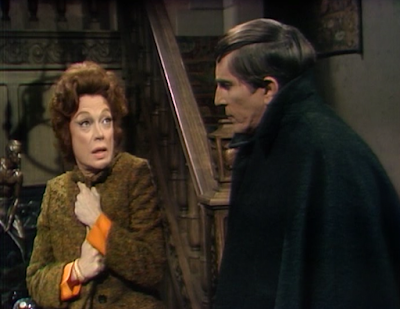 Quentin searches for something in Daphne's room, and finds a cameo portrait labeled Gerard Stiles. He wonders what they meant to each other. He then finds her diary. He opens it when David walks in. 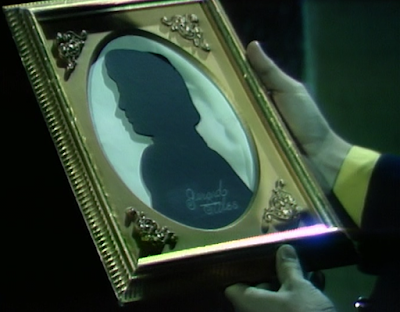 David says he saw a light in the room from outside and wondered who it was. He asks Quentin what he's doing in the West Wing. He says he's helping Julia with the family history. David asks whose room they're in, and Quentin says they'll probably never know. After they leave, Daphne appears in the room, smiling. 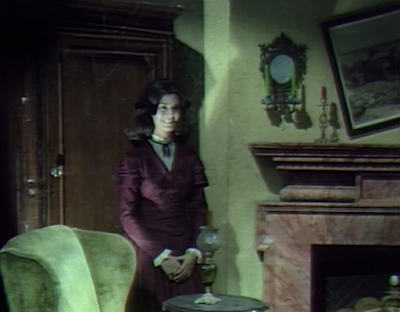 Barnabas stops by David's room to see him, but it's empty. He sees the model ship, and recognizes it from the playroom. David finds him in the room, and Barnabas asks him where he got the boat. He says he found it in the attic yesterday. Barnabas points out that it's in very good condition for something stored in the attic. Barnabas quizzes David to see if he's had any excitement over the summer. 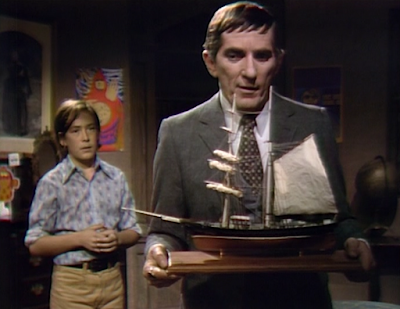 After he leaves, David returns to his closet/darkroom. 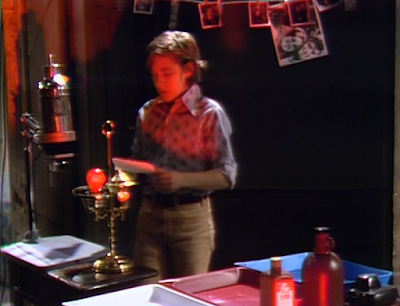 Quentin reads from Daphne's diary. He finds an entry where she threatens to kill someone. Julia walks in, and Quentin asks what she's found out about Daphne. She says that she was a governess in 1840 who died in 1841. Barnabas joins them, and Julia asks if David has seen anything strange. He suggests that he might have, but he's not telling. Julia says that their only hope is that something happens that will prove they're telling the truth. Barnabas asks Quentin if he would conceal anything from them, and he says of course not. Barnabas accuses him of concealing something. Quentin sees Daphne standing outside the window, and stops before he says anything. He apologizes and then walks out of the room. Julia suggests that Quentin wouldn't lie if it put the children at risk. Barnabas proposes a seance, but Julia says it's too dangerous. 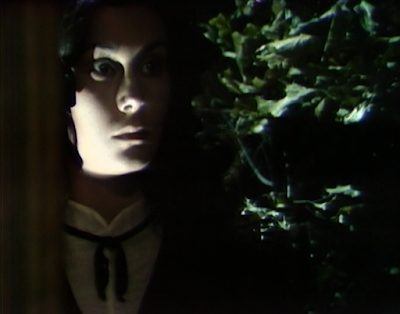 Quentin finds David, and warns him that there are some loose boards in the West Wing, and he shouldn't spend any more time there. David says he understands. He goes into his room and finds period clothing laid out on his bed. He puts the clothes in a drawer and closes it. 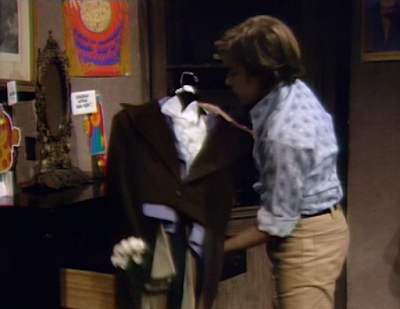 He returns to his darkroom to get a photo, and sees a man's face in the background. He turns to see Daphne in his room. He asks if she brought him the clothes. He shows her the man in the photo and asks who he is. She smiles. David asks what he wants, and who he is. He hears Barnabas and Julia coming. Daphne disappears, and he jumps into bed, fully dressed. When they see him, they assume he's asleep and leave. Once they're gone, David gets out of bed and examines the photo. 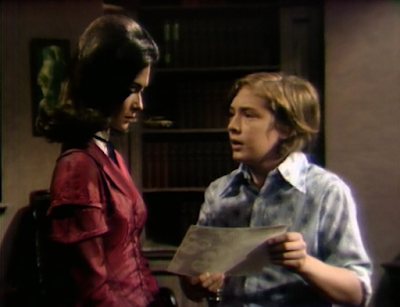 Quentin returns to Daphne's room, begging for her to appear. He says he didn't tell Barnabas and Julia about her. Daphne appears. He asks her about the terrible things that Barnabas and Julia have predicted. He begs her to answer. She turns to leave the room, and beckons for him to follow. 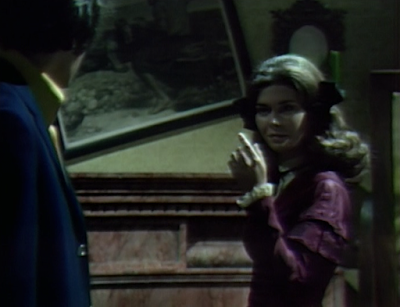 David has enlarged the picture of the man behind Maggie and Quentin at the picnic.

Quentin comes downstairs. The doors open on their own, and he steps outside. They close behind him.  In the cemetery, he finds Daphne. They embrace, and Daphne raises a knife behind his back. 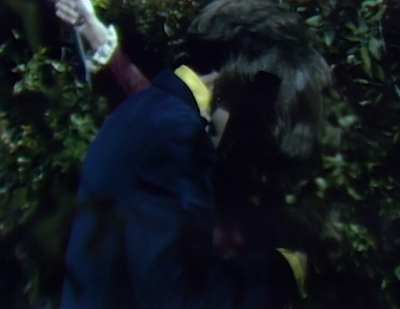 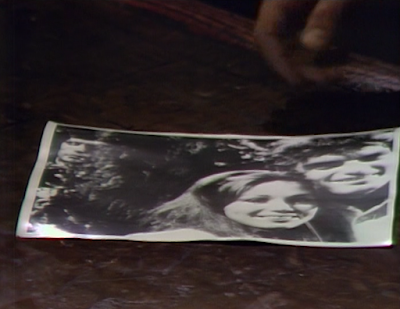 Christine: I think David went into his darkroom and enlarged the photo to see if it was really a face or an optical illusion as Quentin thought. We are supposed to believe that it became clear upon enlargement, though I challenge you to find it in the original photo that Carolyn had in 1995.

John: Do you think David's brand-new 1840 wardrobe was hanging on a vintage 1840s-era hanger? It sure was nice of Daphne(?) to leave it for him, and a real shame that after she went to the trouble of putting it on a hanger, he just threw it in a drawer!

John: According to her diary, it would appear that Daphne might have a killing streak. But we all know well and good that even if she was responsible for Stiles' death, it's not like she's actually going to do in Quentin tomorrow...

Christine: No, but a murder is coming up next in Carolyn's clues, so perhaps she'll be using that knife on someone else. I hate whenever our super sleuths, B&J, act like they don't have a clue. With two clues checked off on the Catastro-tracker, how can they not realize that Quentin is already under the influence of Daphne, especially after Barnabas found the playroom ship in David's room? Collinwood is doomed.

So, Julia and Barnabas are gone all day, yet they don't ask if there has been a picnic? The worst part was that it appeared David's photo of said picnic is right in front of Barnabas, yet all he can see is the ship? Yes, it appears Collinwood is doomed!