Rachel unlocks the door to the tower room and goes in. She hears laughter and the door shuts behind her. She's attacked by a woman dressed in black and knocked to the ground. The woman then leaves the room, locking the door behind her and taking the key, which she throws from the top of the stairs. 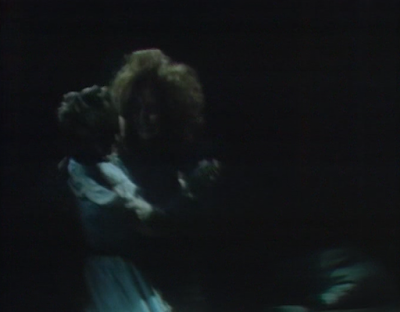 Judith explains to Dirk that she is now the mistress of Collinwood, and he answers to her now. She tells him to lock the gate and stay close to the house. She tells him that she thinks something is going to happen tonight. 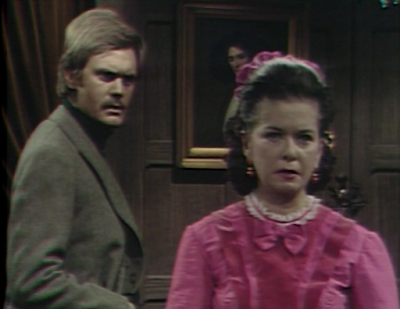 The woman in black hears Dirk talking to Judith.

Judith sends Dirk on his way to do his rounds.

The woman in black continues to sneak through the house.

Dirk finds Nora outside the house, and drags her back to the house. Judith tells Dirk to bring her in. Nora screams that she wants to see 'her' when she comes back. 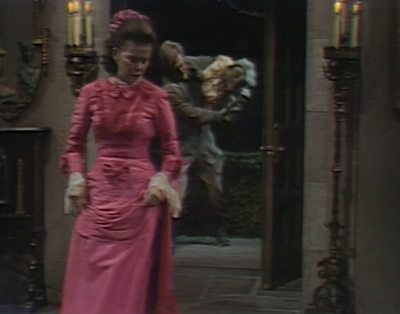 Dirk goes back outside and Judith asks Nora who she thinks is coming back. Nora says she dreamed that her mother is coming back. Judith tells her that she and Jamison must forget their mother. Nora says they won't let her write her mother, and when Judith disagrees, Nora points out that she and Jamison found the un-mailed letters in their father's desk. 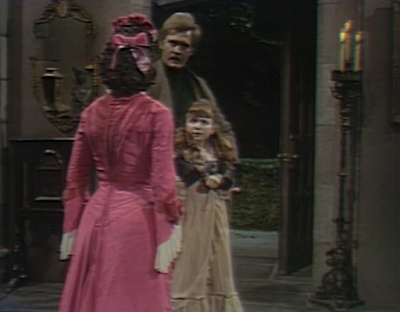 The woman in black hears Judith coming upstairs with Nora. She then wanders through Nora's room and takes her doll. When Nora and Judith arrive, they find her door open. Judith tucks her in and when she goes to leave, Nora asks her to stay with her. In the shadows, the woman in black strokes the hair on the doll. Judith leaves Nora's room. 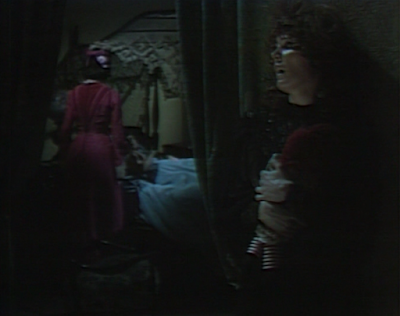 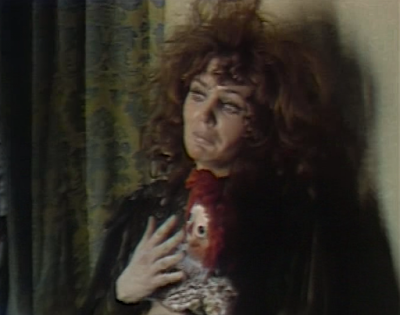 Rachel wakes up to find herself locked in the tower room. She screams to be let out.

The woman in black starts to come out of hiding until she sees Nora moving, and then returns to her hiding place. 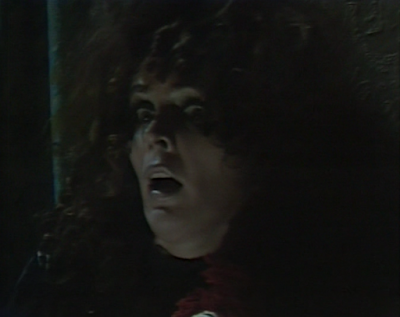 Judith goes downstairs as the front doors are blown open. She calls out to anyone there before closing them.

Rachel goes to the window and calls for help.

While doing his rounds, Dirk hears a call for help coming from the tower room.

Rachel hears someone running outside and calls for help again. Dirk arrives and asks who's there. Rachel tells him it's her and he breaks down the door. He tells her she's not supposed to be up there. He says she better talk to Judith, because he doesn't want to know.

The woman in black wanders around Nora's room. She finds a picture of Edward and picks it up. 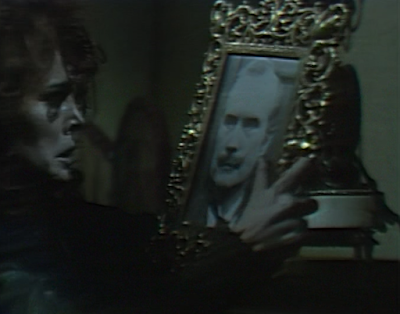 Judith asks Rachel about being in the tower room. Before Rachel can provide details, Judith sends Dirk to wait outside. Judith asks how she got in the tower room. Rachel says she took a key from the pantry. Judith is upset, but Rachel points out there's a crazy person in the house who attacked her. Judith says it must have been Sandor who attacked her, and the mystery is solved. When Rachel starts to question her, Judith asks if she doubts her and sends her to her room. She adds that she will consider Rachel's actions tomorrow. 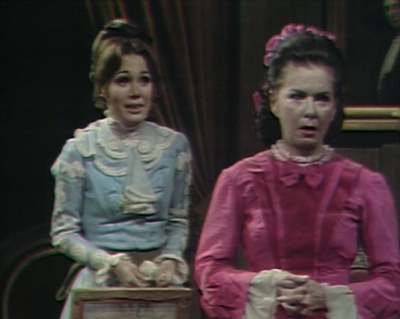 The woman puts the picture of Edward back on the mantle. She then goes to the bed and takes another one of Nora's dolls, which she cradles like a baby.

On her way to her room, Rachel decides to investigate further.

The woman puts the doll back by Nora and leaves her room. 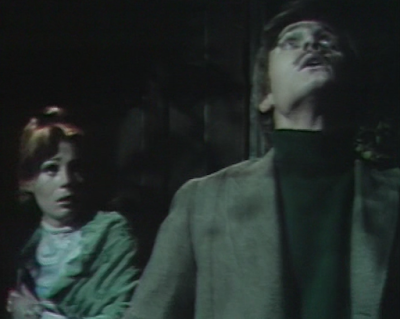 Judith searches Nora's room for Jenny, the woman in black. She's not there, but she spots her in the hall. Jenny laughs and runs away. Judith follows her. 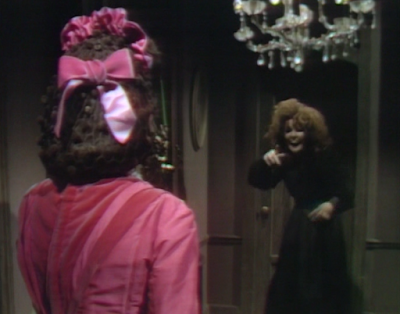 Nora gets up and leaves her room, and runs into Rachel. She asks if Rachel just opened her door, and she says she did not.

Judith goes to the tower room, where she finds Jenny brandishing a pair of scissors. 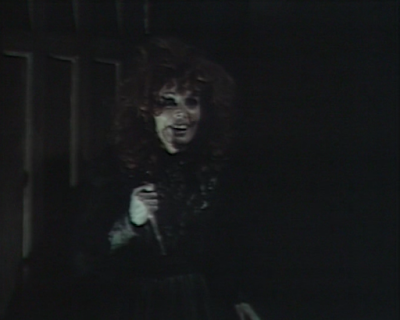 John: Much to my surprise, Jenny Collins was not the reincarnation of the Phoenix I was expecting, but the spitting image of Danielle Roget/Eve. She does a good job selling creepy and crazy!

Christine: It seems like we're being led to believe that Jenny has gone mad over the loss of a baby, though if it is true, it is unlikely that hers would be the same one that Beth's ghost pointed out to Barnabas and Chris in the woods in Episode 684, since that baby was found with a pentagram necklace to protect against werewolves, and we've had no indication that there are any wolves on the loose just yet. Since Edward asked Beth in yesterday's episode if Quentin had inquired about what happened while he was away, it would seem that Quentin has some involvement with Jenny going off the deep end, especially with Edward telling her that she got what she deserved.

John: In addition to Jenny (who we have yet to receive a formal introduction), we finally got to meet Nora. And sure enough, she's the meddling kid we expected her to be, making the Nora/Jamison-Amy/David connection.

Christine: I don't know if she's meddling so much as just being distraught over the sudden and inexplicable disappearance of her mother.

John: Hang on just a second—It sure looked like Rachel ran towards the old house to find Sandor after running into Dirk outside, and the next thing you know, she mysteriously appears outside Nora's door? I expect that sort of supernatural movement from Angelique, not Rachel.

Christine: It did create some continuity issues for her to be leaving Collinwood, yet suddenly be lurking outside Nora's door, as though waiting for her to get out of bed and find her there. Also, I'm still not understanding why Magda insisted that Rachel get the key and find Jenny, and why Angelique would want her to do that, if she is the enemy Magda referred to in her palm reading.
Posted by John Scoleri at 6:00 AM