Beth comes to a door in the West Wing, with doll in-hand, and speaks to Jenny through the door. She tells her that she has a nice surprise for her, and unlocks the door and walks in. 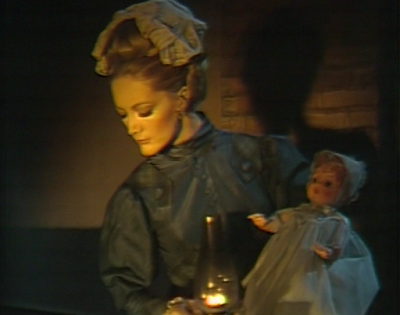 Judith reviews Edith's will, smiling broadly. Carl comes downstairs and finds her. She tells him to get his brothers and bring them downstairs immediately. He says she can't tell him what to do—that she doesn't run the house. She corrects him, and tells him not to forget it. When he points out that no one has found the will, she tells him that she has, and she's read it from end to end. She tells him she's anxious to read them all their obituaries. Carl claims she's lying. Judith brandishes the will. He says he wants to look at it, and she says she will read it to them. 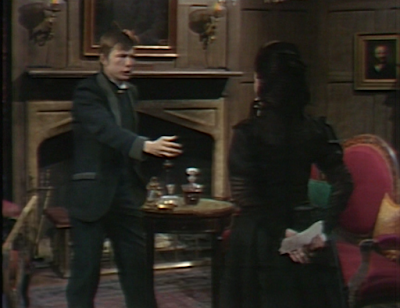 Carl goes into the foyer and calls to Edward, screaming that Judith found the will and has already read it. Judith comes out and waves the will in the air. She says she found it in grandmother's room, and tells him to go get Quentin. He asks if she's ordering him, and she tells him that she is. She says she's already read it, and demands that she get Quentin without further delay. Edward walks off in a huff. Carl goes into the drawing room. Rachel comes into the foyer and asks if Judith has spoken to Beth about Nora's doll. Judith says that they only discussed it ten minutes ago, and she hasn't had time to go looking for Beth. She assures Rachel it will be taken care of. Rachel leaves as Edward and Quentin come downstairs. Quentin points out how proud his sister looks. She invites them into the drawing room. 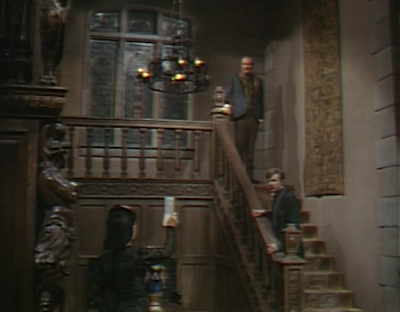 Edward asks to see the will, and Judith says that no one will look at it until the proper time. She says Mr. Hanley must be present, as well as the children, who are mentioned frequently. Quentin asks her how she knew where to look for it. She says it was in a family history. Quentin accuses her of lying. Edward asks if she knew where it was all along. She denies it. Edward says they don't need to wait for Hanley, and Judith agrees. She tells them to sit down, and tells them to brace themselves. She begins to read from the last will and testament of Edith Collins. 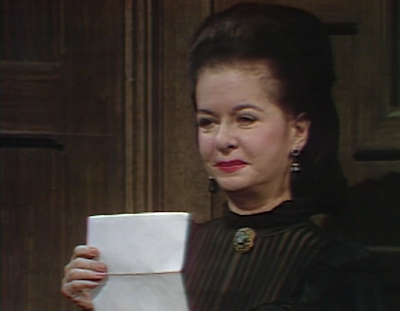 Judith finishes reading the will as her brothers look on, shocked—aside from Quentin, who is smiling. 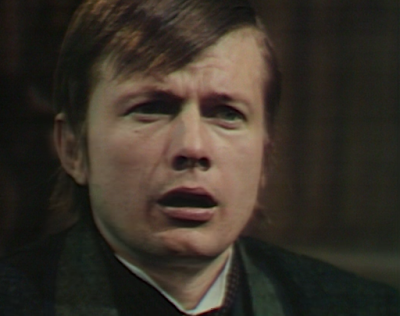 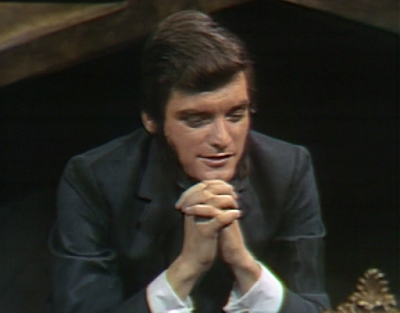 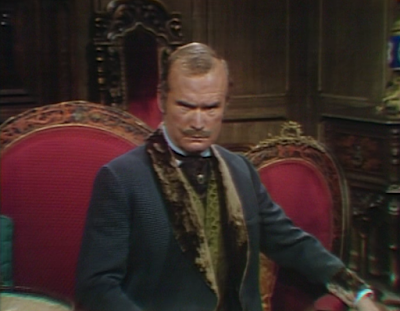 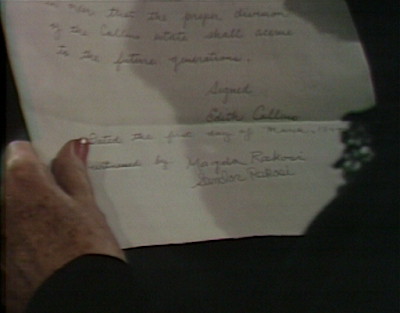 Edward says he will not let the document go uncontested. He says there's no way their grandmother would leave he and Carl empty-handed. He accuses Judith of poisoning Edith's mind. She says she's the only one who took care of her. Quentin sarcastically says that she did it out of the goodness of her heart, and he might cry. Judith says that she is the mistress of the house now, and they are all now dependent on her. Quentin tells Edward that she's trying to tell them something, and congratulates her. Edward tells him to get out, and Quentin asks her to reread the portion of the will about him. Judith admits that while she didn't leave him money, she assured him a permanent place in the house. Judith tells Edward that there will be many changes, and he had better be prepared for them. Quentin teases her, and she says that if he's not careful, he'll be left with less than nothing. Judith goes upstairs to speak to the staff. 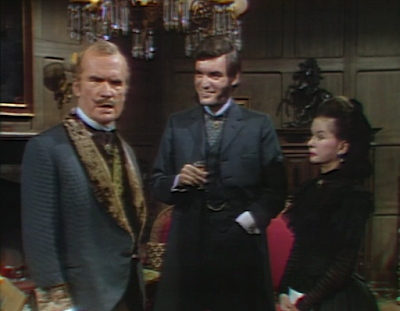 Quentin warns Edward that anger is not the best approach to dealing with Judith. Carl finally speaks, saying he can't believe that their grandmother hated him. Quentin says she didn't hate him, she just didn't trust any of them. Carl asks what they're going to do. Quentin suggests they put their heads together to decide on a course of action. Edward says he's going to bed. Quentin stops him, and points out that if anything happens to Judith, Jamison is next in line to inherit the fortune. Edward asks if he's suggesting that he kill their sister, and Quentin says he only offers it as one possible solution. Edward assures him that he's not able to resort to it—but Quentin might. Quentin points out that he has nothing to gain by doing it. 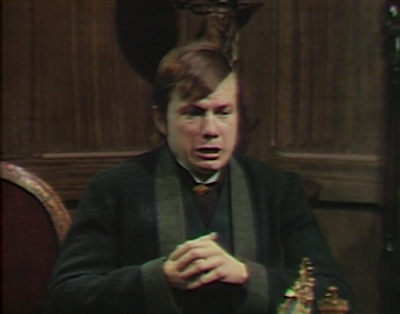 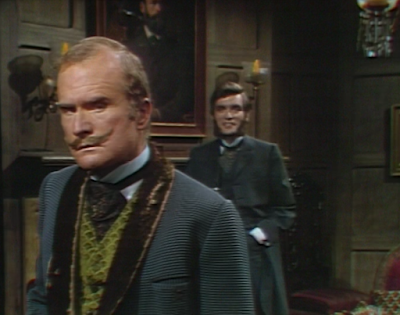 Rachel is outside the tower room door, where there's a light on inside. She hears someone coming and hides. Beth comes out, locking the door behind her. Rachel goes back to the door and listens. 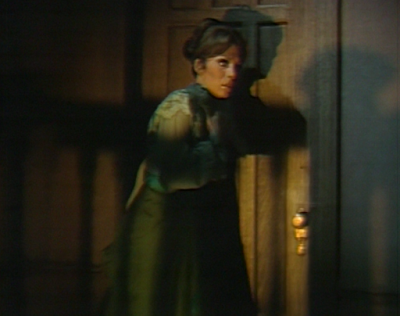 Beth returns to her room. She turns on a light and sees Quentin sitting in the shadows. She asks him to leave. He asks her where she's been, and she tells him she was doing work. He asks if she really wants him to go, and despite her saying yes, he tells her he doesn't believe her. He tells her to stop fighting the attraction between them. She asks him to leave her alone. He says his patience is running out, and she tells him he tries very hard to be detestable. He leans in to kiss her when there's a knock at the door. It's Rachel. Quentin lets her in, and she's surprised to see him. He says he was just inspecting Beth's quarters, and she didn't interrupt a tryst. He tells Rachel that she's one of the most attractive women to set foot in the house, and bids her goodnight. 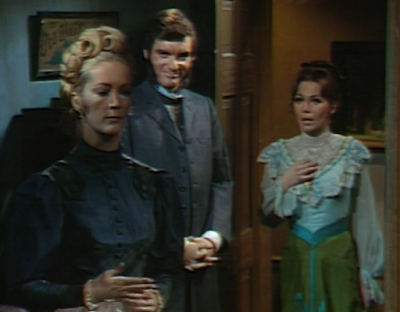 Rachel apologizes to Beth. She asks what Rachel wants. She says she saw a light in the tower room, and had been told no one had been in the room in 100 years. She says she saw Beth in the room tonight. She asks Beth if someone lives in that room, and Beth denies it. Rachel asks Beth why she went in there, and she tells her that her curiosity will get her into trouble. She says that Mr. Collins recently had her use it for storage, and she was putting things away. She asks Rachel if she was afraid to go in there, as Quentin told her it was haunted. She tells Rachel not to trust Quentin. He says what he does for one reason only, and he likes pretty faces. 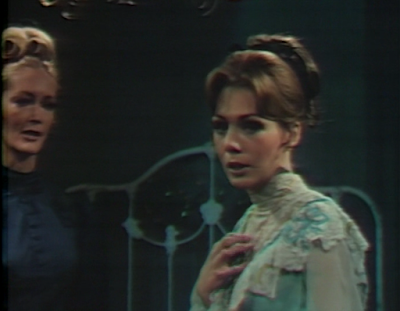 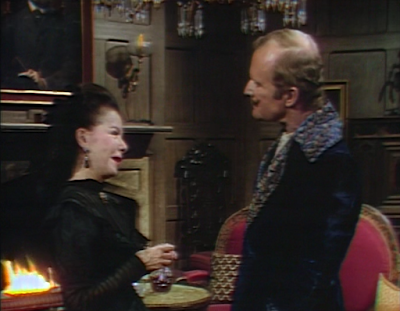 Rachel listens at the tower room door, and hears a rocking noise.

In the tower room, an unattended cradle rocks. 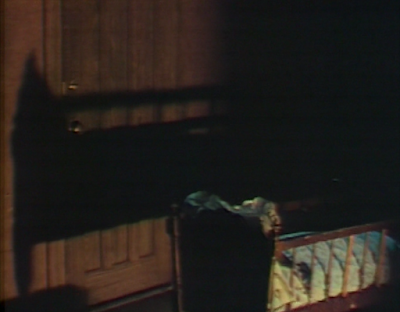 John: What an exciting Collins family meeting! All of their unique personalities were at play today. Of course I do find it interesting that they would all so willingly believe the will was legitimate. I'd think that even Judith might want to get an independent confirmation before she gets too accustomed to her new-found fortune. 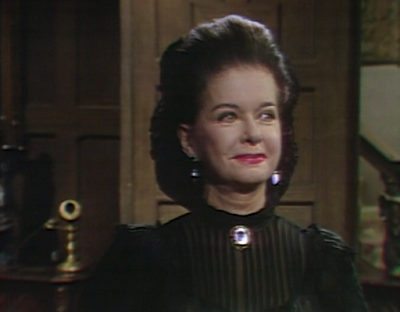 Christine: What a pleasure to watch the reading of the will, especially with Joan Bennett playing up the smirky smugness. I especially enjoyed her interaction with brother Edward after having him summoned from his bed. Quentin saw the original will, so he would know if it was legitimate or not. Is he smiling because he knows it's not or because he got to see his detested brother Edward taken down a notch?

John: Poor Beth. A few hundred years early for protection from predatory employers. I wonder if she'll tell Judith about Quentin's unwanted advances when she learns she's the new mistress of Collinwood. Might be just enough reason to lock him in the West Wing. Unfortunately for Beth, she's destined to end up with him. 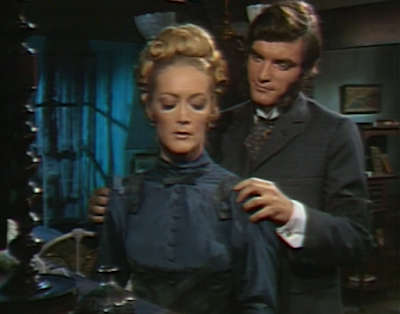 Christine: The will's assurance that Quentin be provided with a home at Collinwood seems to give him free license to indulge his bad behavior. After Judith admitted she could not throw him out even if she wanted to, he told Edward he would devote himself to a life of pleasure with the ladies of the house, so it is doubtful that Judith will be able to do anything about his licentious behavior, even if Beth does appeal to her for help. It was especially creepy when he announced to the ladies that he would inspect the servants quarters from time to time to make sure they are happy.

John: We ended today with quite an interesting surprise. I wonder if there's actually an infant in the cradle, or if that's the new home of the doll Beth purchased. And if not a real baby, is the former occupant currently buried in the woods between the main house and the old house?

Christine: That's what I was thinking. The cradle appears to be the same one David and Amy brought to Quentin's room in Episode 645, which leads me to wonder what his involvement is with it. Are we to suspect that he fathered a child with his brother's wife? That would be quite scandalous! I suspect that all hell is about to break loose in the most entertaining way at Collinwood.