Barnabas and Maggie arrive at the main house and head towards the West Wing. In the storage room, Barnabas says he's going to rip out the remaining panels to Quentin's room.

They enter Quentin's room, where Barnabas calls for David. Maggie tells him to listen. The door to the room slams shut, and they hear footsteps behind it. The door opens, and Stokes enters. He says he heard the pounding noise. He looks around the room, and says it hasn't changed in years, except for the ghost of its inhabitant. Barnabas asks if there's been any sign of David. Stokes finds Amy standing behind a curtain. She collapses. Stokes tells them they need to remove her, and Maggie takes her away. 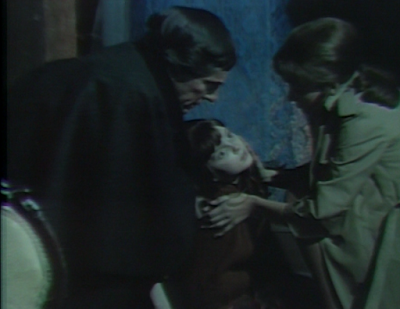 Stokes goes through drawers and asks Barnabas if he's familiar with I Ching. He tells Barnabas that Quentin practiced it, and he doubts that his motives were pure. Stokes takes a journal, and says if it's possible to save David, the answer lies within. 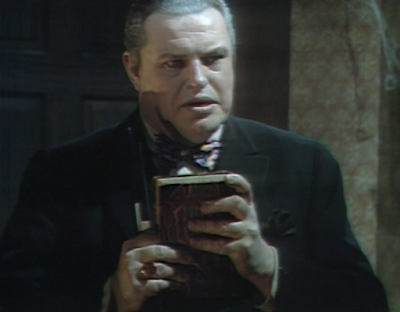 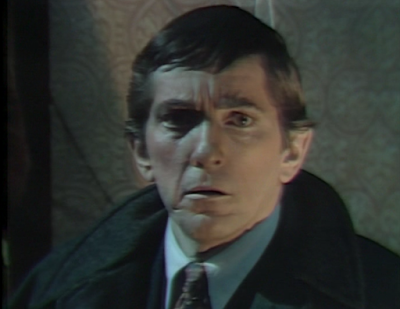 Amy comes downstairs at the old house. Maggie is shocked to see her. Amy tells her Stokes is wrong, and that David is in Collinwood. She says she'll tell Barnabas and Julia, and Amy says that Quentin wants Maggie to find him. Amy mentions Jamison, and says that if Maggie doesn't find him, David is going to die. Maggie runs off and Amy smiles. 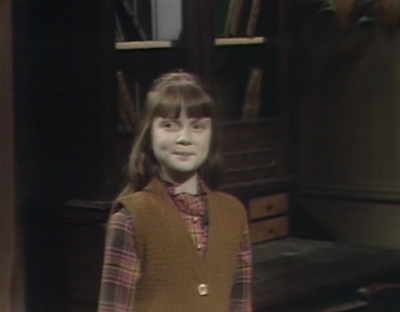 Stokes asks Barnabas to leave him alone with Quentin's books and journal.

Maggie returns to Collinwood and calls for David. David appears at the top of the stairs, and tells her not to come up. She yells that she's not afraid of Quentin. She tells David to come to her. He starts downstairs, but hesitates. Maggie yells that Quentin failed with David, and that she's going to take him away. She starts up the stairs to get David. David pleads with her not to come upstairs. She reaches out to him and he runs into her arms. She says that before they go, he has to send Quentin away. She tells him he'll never be free otherwise. The door closes at the top of the stairs, she screams that they won, and David collapses. 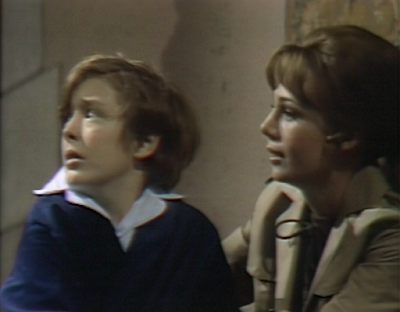 Barnabas is upset that Maggie returned to Collinwood alone. He asks if Quentin ever appeared, and she says no. Julia comes in and says David is in a deep coma. Barnabas asks her what happened. She says he's still possessed by Quentin, and unless they can break his hold on David, they won't be able to do anything until he's dead. She adds that David is dying, and has only a few hours to live. She says they need to communicate with Quentin. Barnabas sends Maggie upstairs to watch David.

Stokes continues to review Quentin's books when Barnabas and Julia come downstairs. He asks for details on how the I Ching works. Stokes says it's about sending his soul to the infinite. He then gives explicit details. Barnabas appears perplexed. Barnabas asks if they can use the I, Ching to contact Quentin. Barnabas says he has to try it. Stokes says it's one chance in a million, and he may be placing himself in grave danger. Barnabas says it's his only chance to get Quentin to release David. 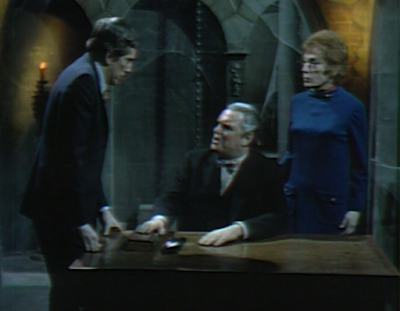 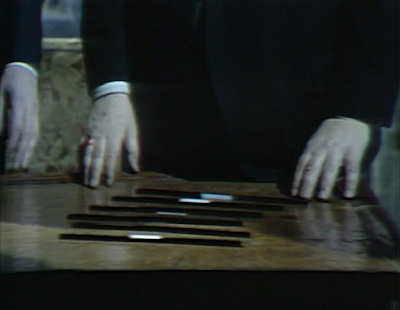 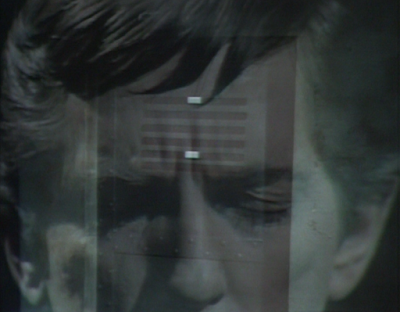 Barnabas sees a chained coffin behind the door. 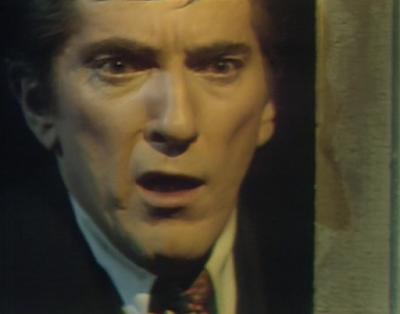 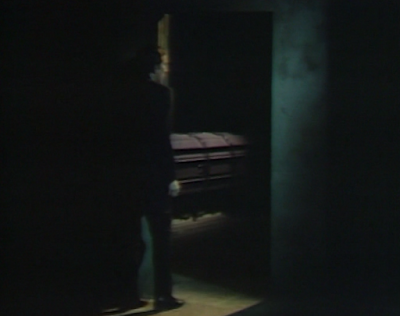 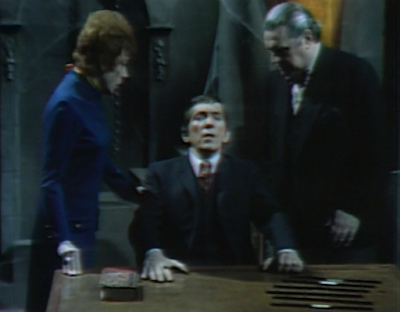 John: Based on everything that has happened, why would Maggie think it was safe to go to the great house alone, even if Amy were telling the truth. Once again, too bad Quentin had the day off, as I would have liked his showdown with Maggie to have happened in person!

Christine: I don't believe Maggie thought it was safe to go there alone. I think she was willing to undertake the risk to save David. Someone might want to call Liz and Roger back from their time off if David only has a few hours to live!

John: My new favorite line from Barnabas, when Maggie asks him what he's going to do: "I don't know myself, and I don't have time to tell you anyway."

Christine: I enjoyed that one too. Is it too late to start a favorite quotes page?

John: I don't know if I fully understand today's I Ching lesson, but it's almost as much fun as the dream curse! Has a rash Barnabas Collins just unwittingly brought the vampire curse back into his life?

Christine: Also, will Stokes finally learn Barnabas' secret? Much like their use of the tarot on the show, they introduce some aspects of the I Ching that is accurate, and then alter other aspects for the sake of drama.

Aye, the strange going into time which reminds me a bit of Richard's manner of time-travel during "Somewhere In Time". Gosh, even the period of time fits almost. Also curious what Stokes will find out. Our good Professor is often left too much in the dark. He could help more if he was informed of everything, really. And always great to see Maggie in proper hero mode. ^_^