Julia tries to wake Morgan. As he comes to, he recognizes her, and she realizes that he's himself again. He asks how he got there. She says it's a long story, and she had better start with the last thing that happened. He says he survived the room and has broken the curse. She tells him that the spirit of Brutus Collins appeared in the room and claimed that the curse had not ended, and would lead to further tragedy than ever before. He says he doesn't understand. He explains that he followed the letter which stated if someone went into the room and survived... She interrupts him and says that Brutus put the curse on the family. He went mad when his sister turned against him. She adds that Brutus killed his wife Amanda and his business partner James Forsythe, the two of which were lovers. He asks how she found all this out, and she says that he told her. She asks what he remembers. He tells her that he discovered a secret door in the room. She tells him he found a flight of stairs that led to a room with ledgers and two corpses. Amanda and Forsythe, and the spirit of Forsythe possessed him. He asks how long he was possessed, and she says it was over a week. She tells him they tried to exorcise the spirit in a seance, but it was Brutus' spirit that got rid of Forsythe. Morgan tells her that he needs to find Catherine. 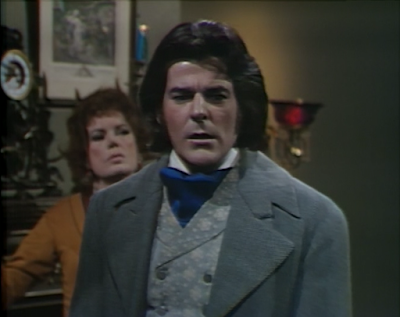 Daphne steps out of the old house and hears someone approaching. It's Josette. She asks about Bramwell, and Daphne explains that she doesn't know where he is. Josette points out that Daphne isn't happy. Daphne tells her that there's nothing wrong that won't work itself out in time, and she leaves to get some air. Josette has a letter for Bramwell.

Morgan comes into the drawing room and asks Julia where Catherine might be. She says she doesn't know. He asks if she's not telling hims something, and then asks how often Bramwell came to the house while he was possessed. She says he was there a few times. He wants to know why Catherine isn't there where she belongs.

Bramwell returns to the old house, and his mother asks where he's been. She tells him she brought a letter from the village. He says it may be the news of his ship that he's been waiting for. She asks if the news is good, will it make life any more bearable for Daphne. He says he doesn't know what she's talking about. She says if he doesn't realize the mistake he made, it's up to her to point it out. She asks if he really loves Daphne. He says he thinks so. She says if he did,  he'd know. He says he knows he loves her. She tells him that no man can divide his love between two women, and he still loves Catherine. She tells him that Daphne is the one being truly hurt. He asks where she is, and Josette says she went out for air. He says he wants their marriage to have meaning, but for some reason he hasn't been able to try. She asks if the reason is other than Catherine, and he says he doesn't know. She points out that Daphne is devoted to him, and it would take very little to make her happy. He points out that the letter may make everything different. 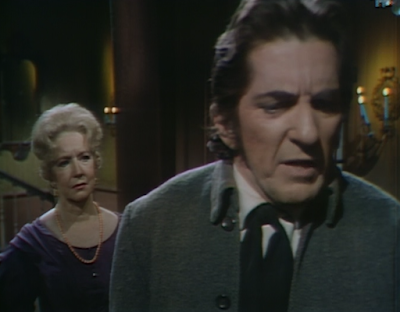 Daphne arrives at Collinwood, but doesn't go in. She remembers how Bramwell told Catherine that she was the only one he loved. She knocks on the door and Morgan lets her in. She asks if he's recovered, and he tells her completely. She asks to talk to Catherine. He says he'd like to talk to her, too. She asks where Catherine is, and he says he thinks she knows. She asks him what he means, and he asks her if she knows where Bramwell is. She says no. He asks if it's possible that they might be together. He says that Bramwell took advantage of him while he was possessed, coming to see Catherine every day. She says she doesn't believe that they've been unfaithful. He agrees he mustn't think that, but adds that he'll kill Bramwell if he sees Catherine again. 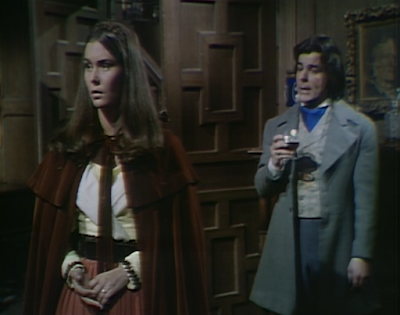 Julia comes in and tells him that's not the answer. She says if Catherine and Bramwell have been seeing each other, it's only friendship. She adds that Catherine was by his side the entire time he was possessed. He asks where she is now, and Julia explains that she's at the cottage looking after Carrie Stokes. He says he's going to get her. Daphne starts to ask him to tell Catherine something, and they she gets woozy. Julia offers to help her. 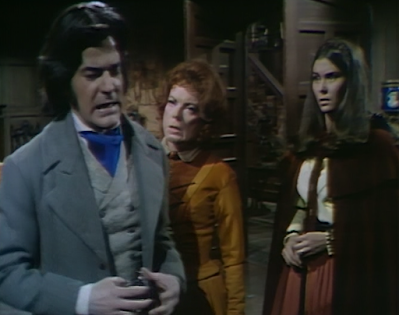 Josette is playing solitaire when she hears the front door. Julia brings in Daphne and explains that she got dizzy. Daphne basically faints in on the couch.

Josette brings smelling salts, and Julia says her fever has gotten worse. They use the smelling salts to wake her, and she asks where Bramwell is. Julia tries to take her upstairs, but she wants to wait for Bramwell. Daphne asks if he's not coming back. Josette helps her upstairs, and tells Julia to send for the doctor. 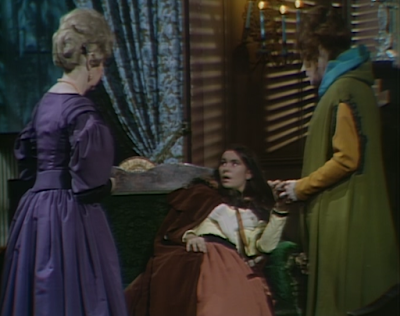 Morgan picks up one of the dueling pistols. He hears someone at the front door and puts it back. Julia tells him the doctor is with Daphne. She asks if he told Catherine about Daphne. He says he didn't think it was anything serious. She says they can wait to see what the doctor says. He suggests that she's ill because she knows why Bramwell married her. He says that Bramwell should be shot. 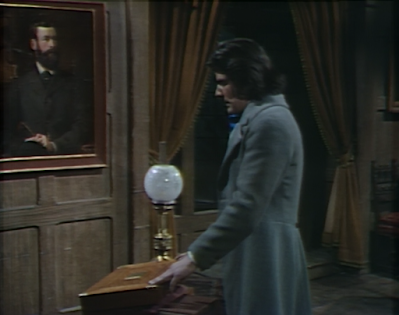 Josette asks Daphne what she's doing. She comes downstairs to meet Bramwell.  Josette helps her back upstairs and says the doctor told her she needs her rest.

Morgan pours himself a drink.

Josette helps Daphne back into bed. She asks why Bramwell went into the village. Josette says he had to meet a man to hear about his ship. Daphne asks her to bring Bramwell to him as soon as he arrives. They hear Bramwell return. He shouts that he has wonderful news. He rushes in and tells Daphne that they're rich, and everything will be different now. He says they'll travel, and she'll have everything she wants in life. He asks her what's wrong. He feels her fever. He asks her what's wrong. She tells him the doctor says she'll be fine, and asks him to hold her. He says nothing must ever happen to her. 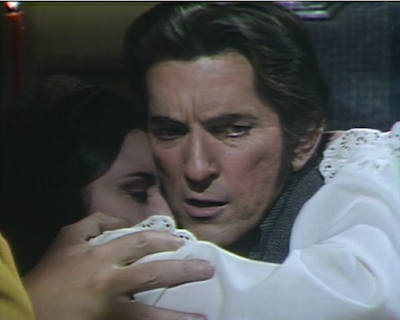 Bramwell asks Josette what happened to Daphne. She says it came on so suddenly. He asks what the doctor said, and she tells him that Daphne is dying. 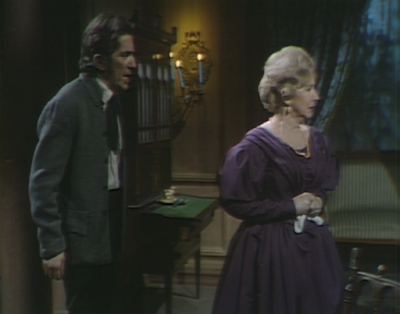 John: I really shouldn't be surprised by the lack of internal logic, but as Morgan points out, he survived the night in the room without going crazy, so the curse should be over. But no. Spirit Brutus has apparently moved the goalposts. To which we should all be saying, what's the point? If the curse can be changed at any point in time, what hope would they have of getting out from under it.
Christine: I suppose they could get someone to exorcise Brutus, but there aren't currently any Trasks on hand. The Collins family is so thoroughly cursed that there is no time period that exists where they are not cursed, so I don't think there was ever any hope for any of them.
John: So are they actually setting up Morgan's eventual murder of Bramwell? If so, they had better hurry up, because he doesn't have too much time left!
Christine: If Carrie's vision was accurate, then he'll live to put Daphne in her grave, which means Morgan will kill him after that, or Bramwell will defend himself the next time Morgan points a gun at him.
John: Really, Bramwell? After all the drama over Catherine, you've now decided that true happiness is all about being rich? Of course, in this parallel soap-opera time, Daphne's sudden onset of 'about-to-die-ness' should have been expected...
Christine: Bramwell's goal was always to get rich so he could give Catherine the finer things in life. Since it took him five years, she decided she couldn't wait any longer, which was why she took up with Morgan.
Posted by John Scoleri at 6:00 AM