Morgan tells Flora that it's just as well that she didn't see Gabriel. She says he deserved a better fate, and Morgan replies that they all do. He tells her that Gabriel is now at peace. Julia comes in and tells them that they must hold the lottery again. Morgan asks what she's talking about. She says that she had another attack, and she and Kendrick had to lock her in the tower room. She says that they then saw the ghost of Brutus Collins in the drawing room. She says he told them that Melanie would never be sane unless someone else went into the locked room. Flora says to gather the family this afternoon. Morgan says Quentin is in Boston until Monday, and she says they'll have to hold it without him. She asks to speak to Kendrick, and Morgan goes to get him. Flora asks Julia who they will lose in this latest lottery. 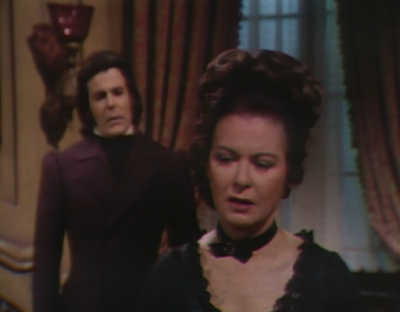 Kendrick finds Catherine in the drawing room. He asks about Julia, and she says she hasn't seen her this morning. He expresses his condolences about Daphne, and asks when the funeral will be held. She says it's up to Bramwell, and then almost passes out. He helps her into a chair. 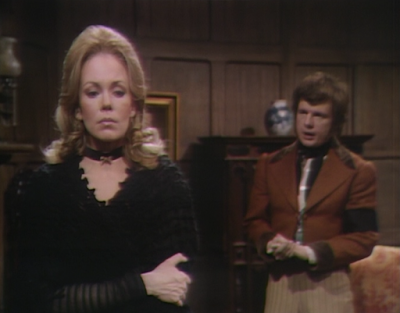 Morgan comes in and asks her what's wrong. She tells him not to be alarmed. She explains that she's just dizzy with emotion over Daphne. He goes to call a doctor, and she begs him not to. He thinks there's more she's not telling them. She tries to assure him that she would tell him if there was something wrong. Morgan tells Kendrick that Flora would like to see him. After he's gone, Morgan says they are going to have to do another lottery. She asks why. 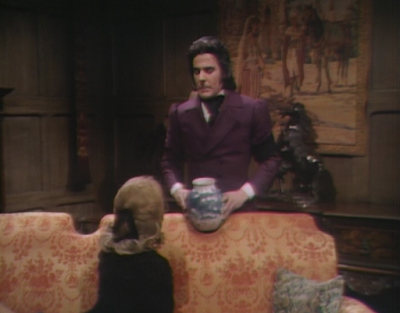 Kendrick comes to see Flora. She tells him she's sorry about what happened with Melanie. He says he should have taken her away. Flora assures him that she would have had the attack wherever she is. She suggests that he consider having the marriage annulled. He refuses. He vows to take care of Melanie. He says Melanie will be herself when the curse is broken. Julia asks when that will be, and he says when he ends it. He says that he is a Collins now, and he intends to be the one chosen to spend the night in the room. 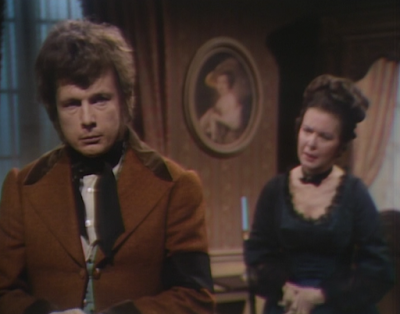 Morgan tells Catherine that she doesn't need to worry about the lottery, as she was chosen the last time. She reminds him that he took her place, and he says he'll do it again. She says she will take part if the family agrees that she should.

In the drawing room, Julia tells Kendrick she's thinking about how few of them are left. She says she's frightened that she may be the one chosen. She says something frightened her the day Morgan took her into the secret room. Kendrick means when she saw the bodies. She says that the two bodies were mummified and preserved all these years. She said she had the feeling that they might still be alive. Kendrick says she could have imagined it under the circumstances. He tells her that he always thought she was the strong one in the family. Flora comes in and asks if Kendrick is certain he wants to go through with it. She concedes that he is a member of the family now. She prepares the slips for the lottery. 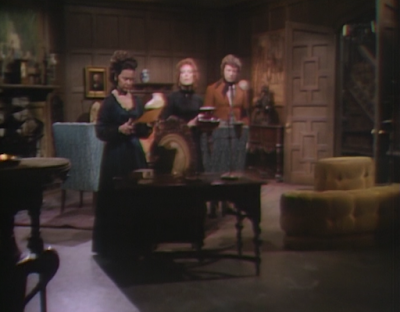 Morgan tells Catherine that it will be time soon, and that it could be goodbye this time. He says he has the strangest feeling that he will be the victim of fate. He says if he were to die, with Bramwell already free, then she would be free. He asks her to promise him that she will not marry Bramwell if he goes into the room and dies. She says he's not going to die, and he says she didn't answer his question. Julia arrives to let them know that it's time to hold the lottery. Morgan stomps out, and Catherine lies on her bed, crying. 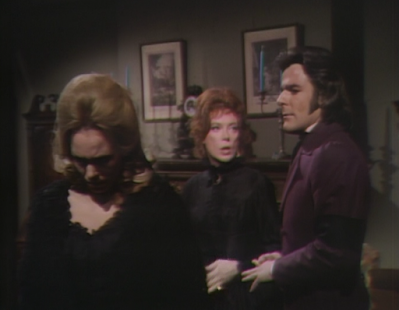 Flora places the slips in the vase. Morgan and Julia come downstairs, and Flora asks about Catherine. He says she was pulled last time. She says he took her place, and by his logic shouldn't participate. He refuses to discuss it, and they proceed to draw lots. Flora's is blank. Morgan's is blank. Julia asks Kendrick to go next. He does, and shows that he was selected. 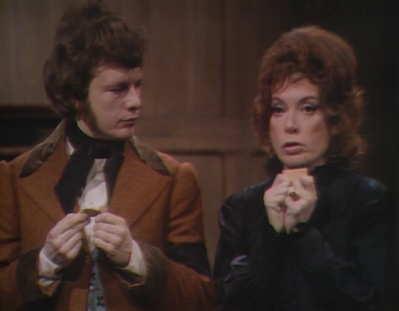 John: So just to be clear, in order to restore Melanie's sanity (assuming we can believe that would even happen), someone else has to die or go insane? How does that make any sense to the family?
Christine: Right. What makes them think he'd hold up his end of the bargain anyway? Why wouldn't they expect him to continue demanding more family members go into the locked room to pick them off one by one?
John: Ah, Morgan, loving, faithful, trusting husband... oh wait. I'm surprised he didn't just come out and tell Catherine that if he died and she married Bramwell, he'd vow to come back to haunt her...
Christine: Would now be a good time for him to find out she's pregnant?
John: So the right answer appears to be, get out of town before the next lottery takes place, and get a participation pass like Quentin did. Or course Kendrick had already all but volunteered to take the spot. Does anyone really believe that Brutus would be appeased by someone who had married into the family being the one to go into the room? Seems to me that his beef with the Collins clan would require the continued suffering of a true Collins.
Christine: You would think that wouldn't work since his possessed wife has already said he's not a Collins, though it could be the secret of surviving the locked room is to actually want to go into it.