Kendrick asks Julia why everyone is lying to her about her background and the identity of her real parents. Julia says that no one is lying to her. He calls her a liar, explaining that he's been to the orphanage, and there's no record of Melanie there. He asks her what is it that they don't want Melanie to know. She tells him to leave and never return. She threatens him, and starts to escort him to the door. She sees Melanie coming downstairs, seemingly possessed. She closes the door and says they can talk a little longer. He opens the door and finds Melanie in the foyer. He asks her what's wrong. She barks at him, saying that he's not a Collins, and he doesn't belong there. She says everyone in the house is destined to die. He turns to Julia and demands that she tell him what's wrong with Melanie. Julia tells Melanie to look at her. Melanie does, and Julia tells her where she must go. Melanie says she can walk there herself, and starts up the stairs. 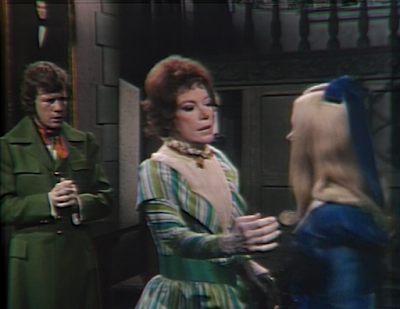 Julia comes downstairs and finds Kendrick in the drawing room. Julia says that now he knows why they shelter Melanie. He asks what they've done to help her. Julia says nothing can be done to help her. She says it's not a physical ailment — it's a condition of her mind that causes her to become someone else. He says he wants to know more. He asks Julia how it started. Julia describes how fond Melanie was of Justin. She says Justin experienced a stroke 10 years ago that sent Melanie into a state of shock, and her current behavior is the result. He doesn't accept it. He asks her how often the transformations occur. He asks if Melanie is under a spell or curse. Julia says she thinks such things only occur in fiction. He brings up the villagers legend of a curse at Collinwood. Melanie comes in, acting as if nothing had happened earlier . He says goodnight and walks out on her. 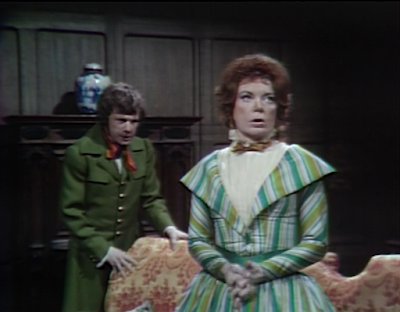 Melanie asks Julia why he left so abruptly. She asks what she said to him. Julia explains that it was Melanie herself. She tells her that she had an attack and Kendrick saw her change. Melanie asks what she said and did. Julia says he saw her personality change. She says this is why she encouraged her not to see him. Melanie asks if he said he wouldn't see her again. She says he did not, but it's not right for her to love anyone. Melanie says she's going to tell him how she feels. Against Julia's protests, Melanie runs out of the house. Flora comes downstairs and asks her what happened. Julia explains what Kendrick saw. Flora says they can send Quentin to intercept her before she makes it to Kendrick. 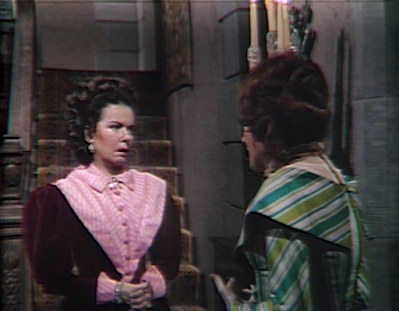 Melanie wanders through the woods, calling for Kendrick. She runs into Gabriel. He promises not to hurt her. He says he heard her call for Kendrick. Gabriel tells her that he needs her help. She asks where he's been, and he says he's been running. He gives her a letter to give to their mother. She takes it, and runs back towards Collinwood. 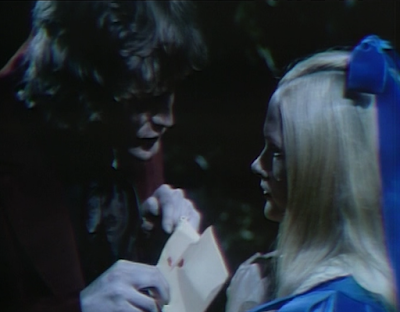 Flora tells Julia there was no need to tell Kendrick anything at all. She says they should have come up with a way of dealing with him. Julia says he turned down money. Flora asks if she thinks he'll ever return. She says that if he's truly in love with Melanie, they'll never get rid of him. Julia asks about Morgan, and Flora says there's no change.

Melanie returns to Collinwood. She says she ran into Gabriel. Flora is shocked. Julia asks where she saw him. Melanie explains that she saw him in the woods, and he asked her to bring Flora a letter. She gives it to Flora, who reads it aloud. It says she's the only one he trusts talking to. He asks her to meet him in the gazebo at midnight. Julia tells her she can't go, and Flora says that she has no choice. Julia says he could kill her. Flora asks if he seemed coherent when they met, and she said he seemed fine. Flora says she's going, and tells them not to tell Quentin anything about their meeting. They agree. Flora leaves them. 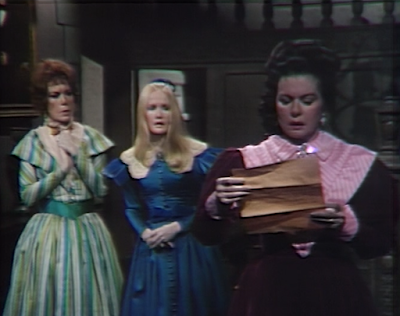 Flora waits for Gabriel in the gazebo. He arrives, and it appears he's hiding a knife behind his back. Flora is startled. She tells him that he looks tired. She assures him that the worst is over, and approaches him. 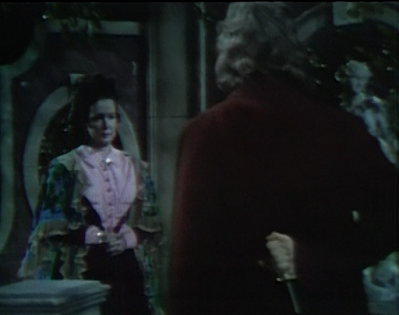 John: So Kendrick now knows that Melanie goes a little mad sometimes. I think it's safe to say that her condition won't be enough to keep him away from Collinwood.
Christine: He is devoted to her, so I imagine he'll try and find some way to cure her madness. Maybe he believes love is the answer.
John: In this timeline if not all of them, I think the Collins family motto should be, "If he's truly in love, they'll never get rid of him."
Christine: That was an enjoyable piece of dialogue.
John: Any ideas why Gabriel's out to stab his mother? General craziness? Or some as-yet undisclosed plot device? Of course if killing her was truly his plan, you'd think they would have set that up better in the cliffhanger.
Christine: He may have the same "death is the only answer" problem that Melanie has. Now that we know Brutus was killing everyone within reach, perhaps he is the one possessing those who've gone into the room, turning them into killing machines. Of course, that doesn't explain why he'd spare Melanie and lure his mother out to the gazebo to carve her up. Why not Julia? 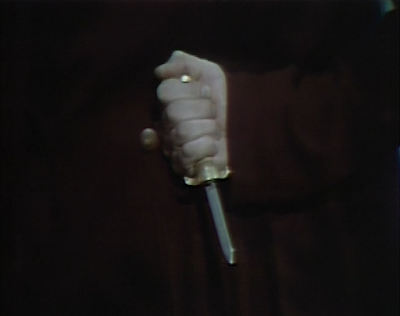