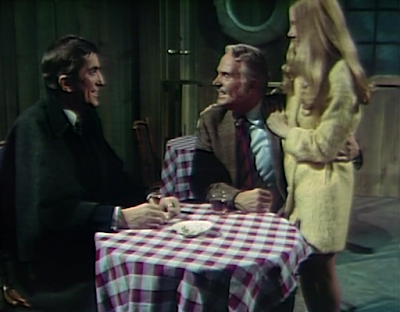 Carolyn offers to take Paul back to his hotel. Barnabas tells him it has been a pleasure, and that they'll see each other very soon. As they start to leave, Carolyn asks her father what happened, saying he seemed to be having fun when she arrived. Roger stops them before they leave. He tells Carolyn that he has come to take her home, and she says she is going with her father, and leaves with him. 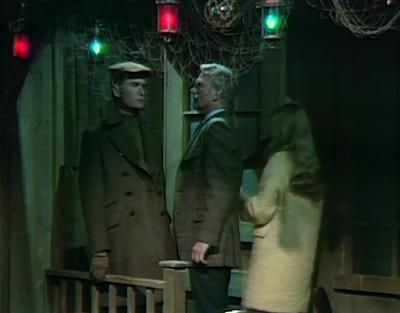 Roger tells Barnabas that he shocked him by meeting with Paul. He asks if Paul tried to charm him. He says Elizabeth would be upset to find he was friends with Paul, and Barnabas assures him they just met casually, and they are most definitely not friends. Barnabas excuses himself, leaving Roger alone. 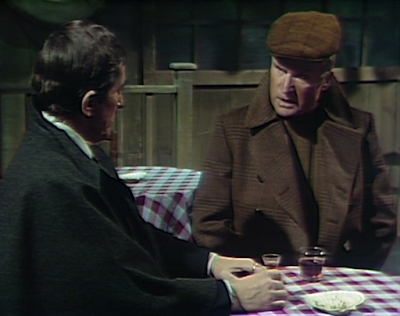 Paul and Carolyn return to the Inn. He scopes out the room and says it's alright. She asks what he expected to see, and why he wouldn't let Julia examine him. He says that no doctor can help him. He wishes he could be miles from Collinsport. He then adds that he wasn't lying about missing her. He'd love to take her to someplace where they could never find them. Carolyn asks who; if it's her mother or uncle Roger. He says there's a terrible danger there, and it's good that she can't feel it yet. He asks her to go away with him, and she shakes her head. He realizes that he doesn't deserve that. She says that perhaps in time, and he suggests that now is the time—before anything else happens. Carolyn suggests that the problem is in his mind. She assures him that he can be helped. She tells him that whatever is wrong must be dealt with in Collinsport. He says that if that's the case, then there is no hope. 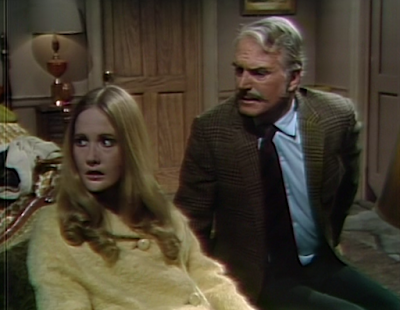 Roger is coming downstairs when Carolyn returns home. She tells him that she's not five years old, and she doesn't appreciate his following her. Roger says her father is an unscrupulous and dangerous man. Carolyn says he has always disliked him, and suggests that a man can change in 20 years. Roger says that a man may change, but not Paul Stoddard. Roger gives her a check for $5000, payable to Paul. She asks if he has to leave town to get it. He says that he doesn't have to leave town. He says that with that money, nothing, not even her, would convince him to stay. 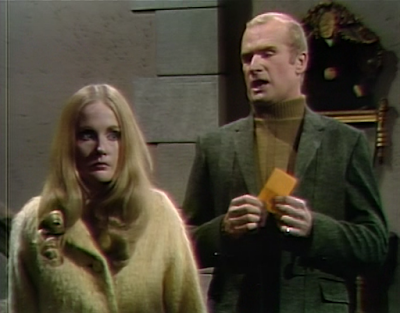 Barnabas visits the antique store to see the baby. Megan shows him off, and Barnabas points out that he's perfectly formed, and growing so fast. He says that before they know it, he'll be a strong, healthy boy running around the store. 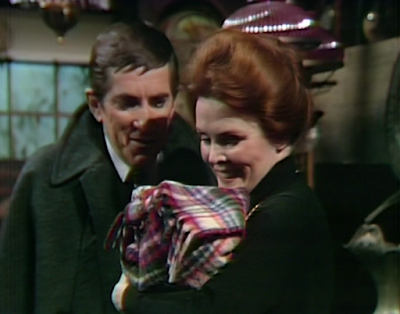 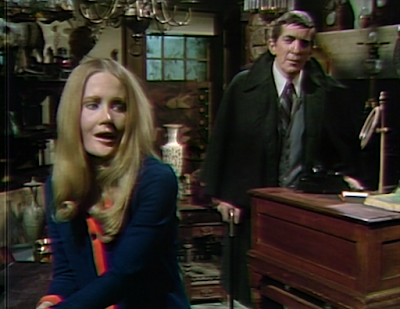 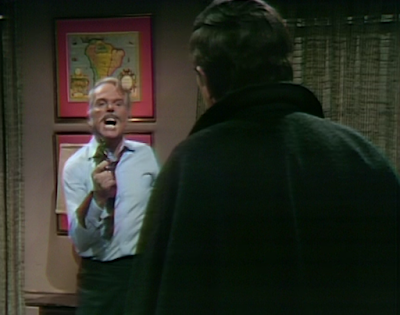 Paul tries to shoot him, but the gun is empty. Barnabas says that they knew about the gun, just as they knew about his efforts to get Carolyn to leave. He assures Paul that they know everything he is going to do before he does it. The phone rings, and Barnabas tells him to answer it. It's Carolyn, checking in on him. He tells her he's feeling better now, and she says she'll stop by to see him later. He hangs up, and Barnabas congratulates him for beginning to see things their way. 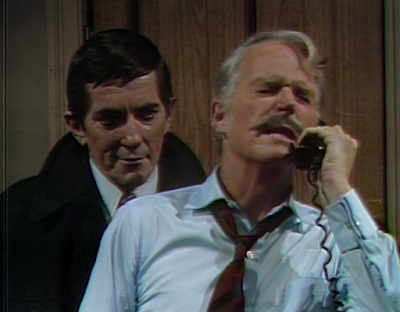 Carolyn tells Megan that it's a pleasant shock to have a father after so many years. Megan says she too was an only child. Carolyn reminds her that she has a sister—the baby's mother. Megan says that's her step-sister. She takes the baby and goes upstairs. The phone rings, and Carolyn answers. It's Philip. Carolyn tells him she'll have her call him right back. She heads upstairs to tell Megan. 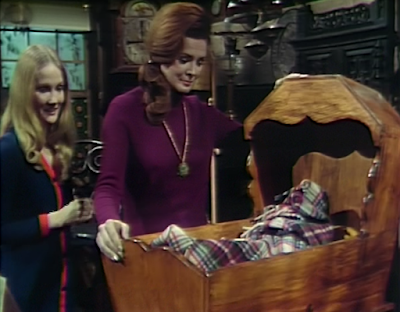 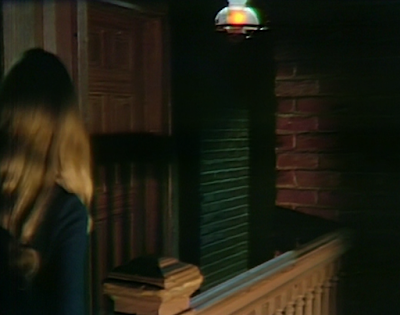 John: I had forgotten how much I enjoyed Dennis Patrick! I do hope Paul sticks around Collinsport for a while.

Christine: I do too, though that may not be what the Leviathan plan entails, now that they have his most precious possession at their disposal.

John: Nice to see Roger again! I was a little disappointed that his interaction with Paul was so brief, as there's clearly no love lost between them. I did love that he gave Carolyn a bright orange check that he assured her would result in Paul's skipping town. 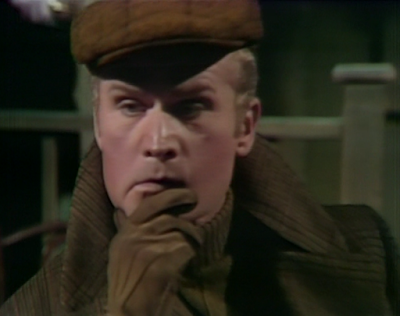 Christine: It certainly was nice to have Roger back today, though he didn't seem to have the usual tender touch for his favorite "Kitten."

John: So... do you think whatever is breathing behind the door is what had been stored in the box? And it's waiting for the baby to grow into a man's body for him to inhabit? Barnabas definitely suggested that he's growing at an unnatural rate.