Kitty is wearing Josette's wedding dress, and slowly being pulled into her portrait. Barnabas arrives just in time to grab her hand and the two of them disappear. 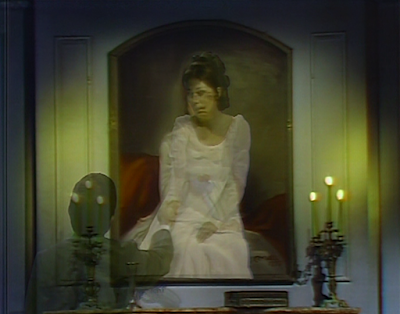 Barnabas is lying on the ground in the woods. He calls for Kitty, but does not see her anywhere. Ben Stokes puts his hand on his shoulder, and Barnabas realizes he has traveled back in time. He wonders where Kitty is, and Ben says there's no one named that around here. Ben says he's been waiting for him. Barnabas asks what he means, and Ben says he was planning to do something. Ben says he noticed her getting weaker and weaker. Barnabas says he gave her a ring, and Ben says he has two coffins ready. Ben asks him to change his mind, telling him that she doesn't know he's a vampire. Barnabas says he must find Josette. Ben says she's in Collinwood, and she's protected. Barnabas says he must go to Collinwood. Ben reminds him that if his father or mother see him, they'll think he's risen from the dead. Barnabas tries to recall what happened in the past. He recalls how Angelique ruined his plans. Barnabas tells Ben to go to the shack, and when Angelique arrives, bring her to Josette's room in the old house. 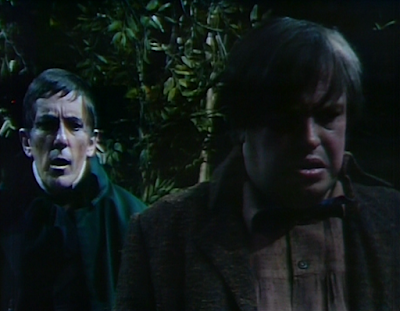 Natalie watches over Josette. She wakes, and describes dreaming that she was living in another time, holding her dress while looking at a portrait of her. She says the portrait was like it was alive, and the next thing she knew, she woke up. They hear steps outside the door. It's Ben, checking on Josette. Natalie says she doesn't trust anyone. 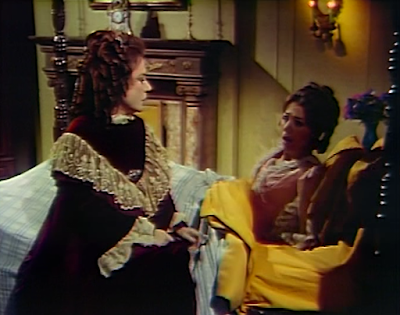 Angelique meets Barnabas in Josette's room, and asks what they have to say to one another. He tells her that he knows what she plans to do tonight. He says she will lure Josette to the cliff to try and stop them. Angelique says he has ruined everything for her. He says he has no intentions on making Josette a vampire, and asks her to promise him that she will do nothing. She refuses. He tells her to destroy the coffins. He says he only wants to save Josette. She asks if he really loves her, and he says he loves her too much to make her like him. 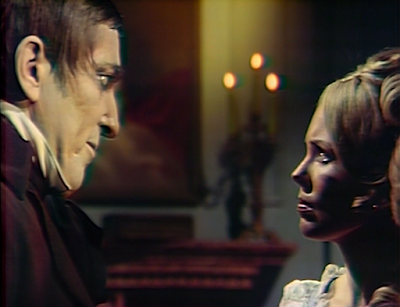 He begs her to do him this one favor. He asks her to stay with him until midnight. She says he will see that she is going to do nothing. He says he knows she will lure Josette to Widow's Hill and torment her with fears of what will happen if she joins Barnabas, after which Josette will throw herself from Widow's Hill. Angelique tells him not to expect her to stop it, and to see if he can. He rushes to Widow's Hill. 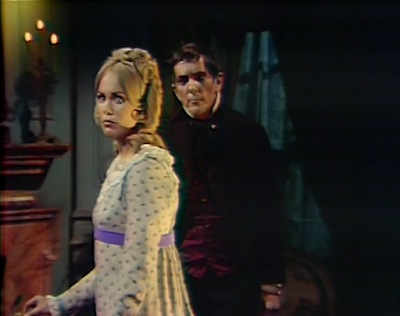 Natalie remains with Josette, who says she is very relaxed. She says she is safe, and Natalie says they just need to make it through the night. Josette says she is not in any danger. She then realizes that she has lost her ring. Natalie says that's how the prophecy starts. Josette gets up and says she must go to the old house to find the ring. Natalie tries to stop her. She says Barnabas will expect her to have it. She pushes past her and breaks a glass, another thing Natalie associates with the prophecy. 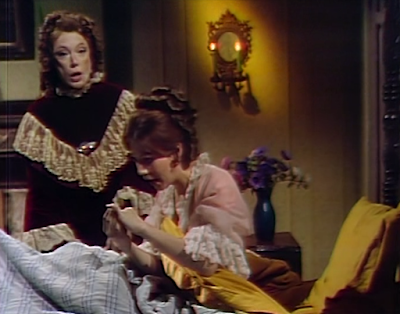 Natalie goes to  the window and sees there is no moon. They hear wind and chains rattling. The door swings open. Natalie goes to get a servant to help with the door, and after she steps through it slams shut and she's unable to get back in. Josette's music box begins to play. She calls to Barnabas. Outside, Natalie begs her to open the door. She hears Barnabas' voice, saying he's waiting for her. She says she lost the ring, and his voice says he found it in the old house. She asks where he is, and the voice says he's on Widow's Hill. Josette uses the secret panel to leave the room as Natalie pounds on the door. 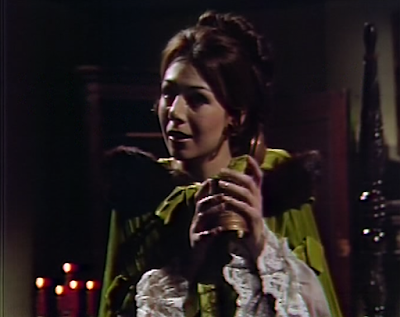 Josette arrives at Widow's Hill looking for Barnabas. She hears Angelique's laugh. She says that she has come to warn Josette not to go away with him, as he will hill her, and turn her into a bloodthirsty animal. Her voice tells Josette to look out over the cliff to see what she will become when she becomes his. She approaches Widow's Hill and sees herself as a vampire. She screams for her to take the image away. Angelique's voice reiterates that is what she will become. She then says Barnabas is coming to turn her into that creature. She hears footsteps approaching... 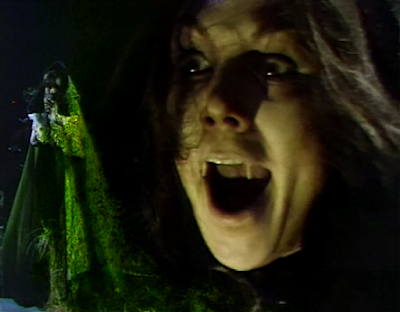 John: Ben Stokes? It's 1795 all over again! I have to admit, I wasn't expecting to time travel back into the past! Though it is good to see Ben Stokes and Natalie again after all these years.

Christine: It certainly is a nice diversion, and seems appropriate for Barnabas to have a chance to save Josette from going over the cliff. I think the vision Josette had of herself as a vampire was much scarier the first time, though.


John: I guess we're to assume that Barnabas is in fact a vampire again at this point in the ever-changing timeline. I can't even remember the last time he snacked on someone...

Christine: It would suggest that it's his soul that's traveling since he's reverted and is in his 1795 attire, which makes me wonder where his body is, since it disappeared from the basement of the Old House.

John: I was glad that Angelique didn't have her full awareness of future events, as that made for a more interesting replay of past events. Will Barnabas be able to save Josette? And if he does, what will that mean for the future, and all of his efforts to save David and Quentin?

Christine: Barnabas still has not figured out that the only way to save Josette is to submit to Angelique, as she is determined to not let anyone have him since she can't have him. I think Josette is destined to take another nosedive off the cliff, though if he is able to save her, perhaps there will be a lot more Collins family members living at Collinwood when we return to the present.