Petofi arrives at Tate's. He says he's been considering restoring Tate's talent. Tate tells him he's in no mood for his nonsense, and he knows who he is, and that he doesn't have his power. Petofi tells him that he and Quentin have reverted to their own bodies. Tate doesn't believe him. Petofi grabs Tate's hand with his withered hand. He asks if he's beginning to feel like Tate again. Tate looks at his hand and says that it's true; that he has the gift again. Petofi tells him that he will do what he is asked, when he is asked. Tate agrees. He leaves the room to get Petofi a drink. 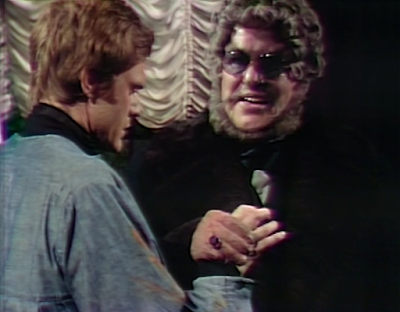 Aristede watches outside Tate's window. He sneaks in and raises a knife, bringing it down on Count Petofi. With a knife in his chest, Petofi tells Aristede that he will pay for this. Tate comes in and calls Aristede an idiot, telling him that he doesn't know what he's done. Aristede says he's carried out his orders, as his excellency has no further use for that body. Tate says there's still a pulse. Aristede says Tate doesn't know what happened between Petofi and Quentin. Tate says he does know, and the two switched back to their bodies earlier tonight. Aristede realizes that Quentin tricked him. Tate tells him that he had better hope Petofi dies. Aristede says if he lives, Tate has to tell him that he didn't know. He vows to kill Quentin and runs out. Petofi lies moaning with a knife in his chest. He asks where Aristede has gone. Tate tells Petofi that Quentin tricked Aristede. He says he's going to kill Quentin, and Petfoi says that no harm must come to Quentin. He sends Tate to stop him. 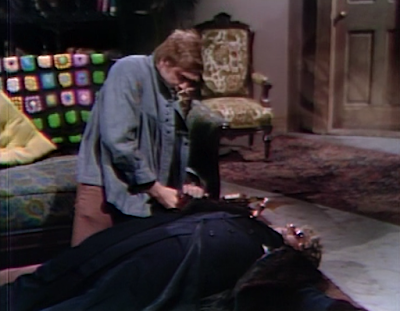 Quentin is drinking in the drawing room when there's a knock at the door. Aristede comes in and says he looks surprised to see him. Quentin asks if Petofi is dead, and Aristede says he has a knife in his chest, and will be dead soon. Aristede asks for a drink. While Quentin prepares it, Aristede pulls a sword off the wall and says he knows that he's Quentin again. He laughs as he approaches him with the sword. 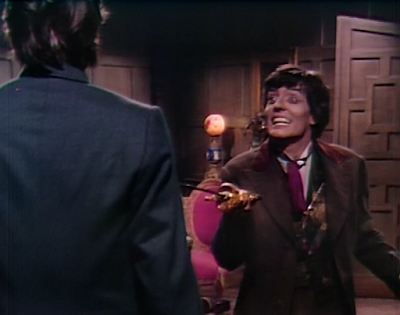 Tate tells him to put the sword down. He turns to see him pointing a gun at him. Aristede lowers the sword, and says Quentin can't be allowed to live. Tate says he's following orders, and tells Aristede to go check on Petofi. He drops the sword and runs. Quentin asks Tate if Petofi is still alive. Tate says he's lucky, and Quentin says he doesn't think so. 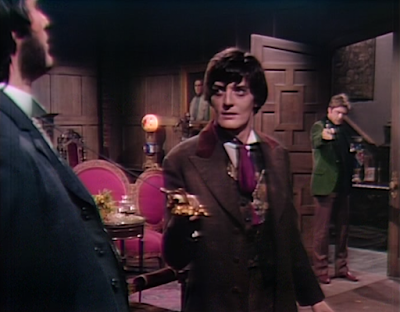 Petofi is asleep on the couch, knife removed from his chest, dreaming. He hears dogs, and sees Aristede, in torn clothes, running through the woods. He walks up to Aristede and tells him he has no intention of harming him. Petofi offers him clothes, food, and a place to sleep. He asks what his crime was, and Aristede says he killed someone in Liverpool. Petofi asks him how he escaped from Dartmoor. Aristede says he killed the master, Garth Blackwood. 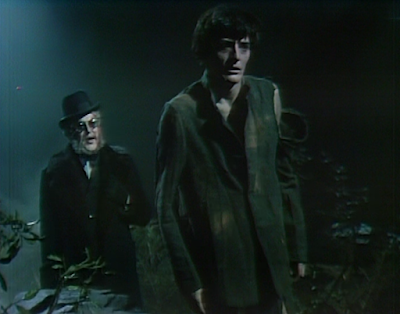 Petofi asked how he stabbed him. He says that he stills hear Blackwood following him. Petofi offers him security if he entrusts his life to him. Aristede hears the chains, and says he's coming. Petofi tells him not to run away, and that the sounds are in his head. He says he's haunted by his own conscience. Aristede doesn't hear the chains any more. Aristede pledges his loyalty to Petofi. 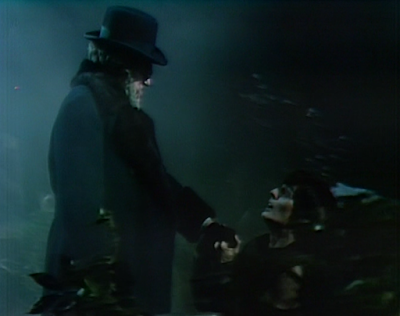 Petofi wakes, and asks Tate if he stopped Aristede. He says he did, and told him to come see him. Tate says Aristede is far too precious to die an ordinary death, and together they will ensure that he is tormented to his grave. He tells Tate to get his sketchpad. He says they're going to recreate the face of the one man in the world Aristede fears above all others—Garth Blackwood. He tells Tate to look into his eyes to see his face. Tate begins sketching. He asks who the man is, and Petofi says he is Aristede's executioner. 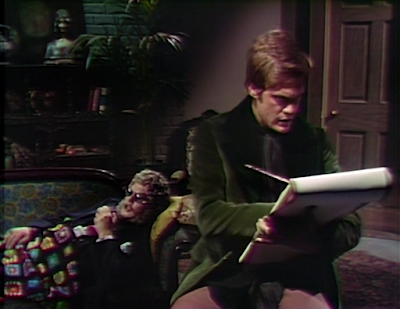 Aristede peers in the window of Tate's home before coming inside. Petofi tells Tate to continue his work in the next room. Aristede begs forgiveness. He says he had no way of knowing what happened. Petofi says he does understand. He admires Quentin's cunning ingenuity. Aristede asks if he'll be alright. Petofi says he is anxious to forgive him. Tate returns and gives Petofi his sketch. He leaves again, and Petofi asks if he recognizes the sketch. He says it's Garth Blackwood. Petofi tells Aristede of Tate's peculiar talent. He says Blackwood will take Aristede with his blessings. Aristede says a picture can't come to life. He then hears the chains, and Petofi says goodbye to him. 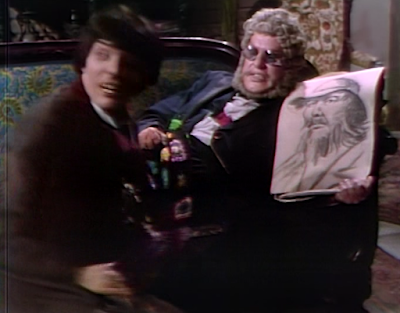 John: Um, Aristede's knife was all the way into Petofi, he was left lying stabbed on the floor for quite a while with no medical attention, and then he sleeps it off like it was a bout of indigestion?

Christine: Was it the healing power of the Hand or the magic of Maggie's afghan? 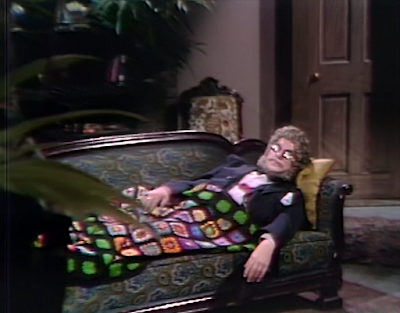 John: So it sounds like Aristede's number has finally come up. I will miss the more dastardly, conniving version, but I'm glad to be done with Aristede the whiner. When groveling before Petofi, he makes Charles Tate seem like a man's man.

Christine: At least he cleaned himself up a bit today.

John: I was a little disappointed after all the build-up that we didn't get a Garth Blackwood appearance. I hope we'll get a look at him tomorrow, and how I'd love for it to turn out to be a lookalike of dead Bill Malloy!

Christine: That would be something, though the sketch looks a little more like Sam Evans to me. I have a feeling Petofi is going to keep Tate busy with his sketch pad, now that he's finally realized the benefit of his artistic power. How odd that he can now draw dead people back to life.