Beth tells Petofi-Q that there's nothing to worry about Count Petofi any more. She says the gypsies are about to catch him . Petofi-Q asks who told her that. She says they arrived at Collinwood, and he says he has to leave. She asks if he's afraid, and Petofi-Q denies that he is. He tells her to look at him but she refuses. He asks if something is making her feel different towards him. He says he'll see her back at Collinwood, and leaves. She realizes that he is Petofi in Quentin's body. In fear for her life, she realizes that she can go to Tim Shaw, since he has history with Petofi. 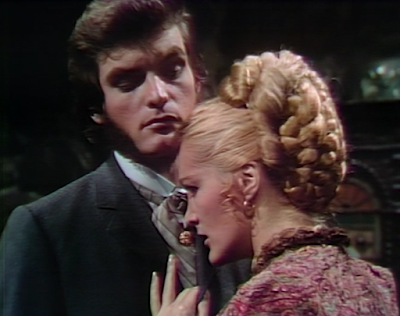 Beth comes to see Tim. She says she's in desperate need of his help. He asks her why. She says that Petofi and Quentin have changed bodies. She explains how Petofi planned to use Quentin's body to go to the future. She says she can prove it. She tells him to find Count Petofi and bring him to her. He agrees. 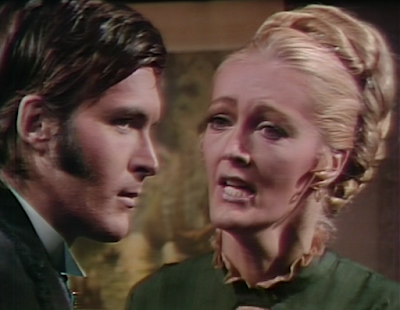 Barnabas finds Count Quentin in the Mill. He tells him that he shouldn't have risked coming there. Count Quentin says the answer to transferring minds must be there somewhere. They search unsuccessfully. Barnabas says that what they're looking for probably doesn't exist. He says Petofi may have done it with the power of his mind, and suggests that Count Quentin might be able to do it, too, particularly now that he has the power of the hand. Barnabas asks him about when their minds were switched. Barnabas tells him to go to the same place and put himself in a trance. Count Quentin warns him that if he's successful, Petofi will be back in his own body. Barnabas watches over him as he sits down to try. 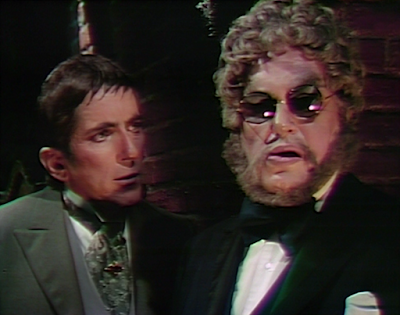 Beth sleeps, and hears Petofi and Quentin's voices. Tim wakes her. She asks why he came back alone. He tells her to be calm, and returns with Petofi-Q. He assures her that she need not be frightened. She accuses Tim of betraying her. Petofi-Q says Tim was helping, and that he's going to help her, too.  Petofi-Q tells Tim that he'll take care of her. 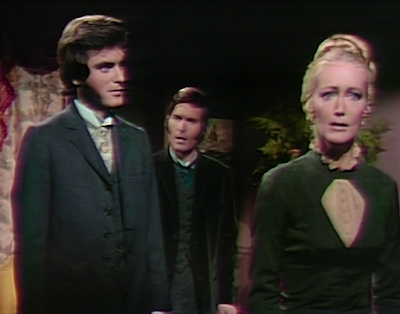 Count Quentin sits in a chair in a trance.

Beth begs Tim not to let Petofi-Q take her. She cries and Petofi-Q tells her that she'll be alright. He thanks Tim for coming to get him. He suddenly feels dizzy, and Beth runs out. Petofi-Q, in a daze, chases after her. 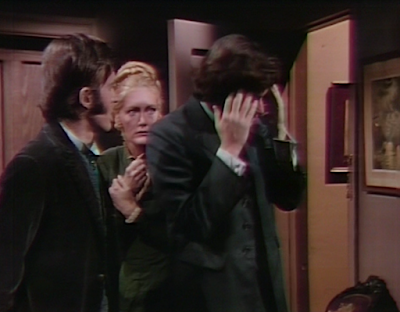 Beth runs through the woods, pursued by Petofi-Q. He collapses to the ground. He then sits up, holding his head.

Beth is atop Widow's Hill.

Barnabas watches as Count Petofi stirs. He leaves the room and shuts the door. Petofi screams. 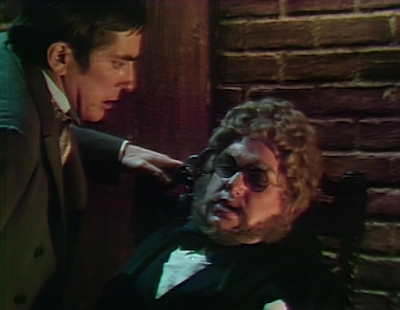 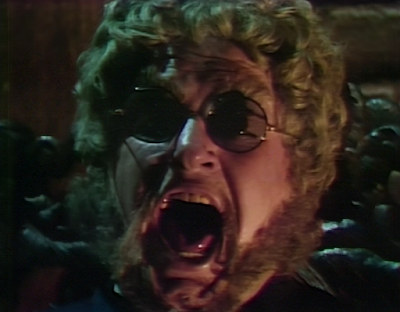 In the woods, Quentin screams. He hears his music. He smiles, realizing that he has defeated Petofi. He goes to find Barnabas. 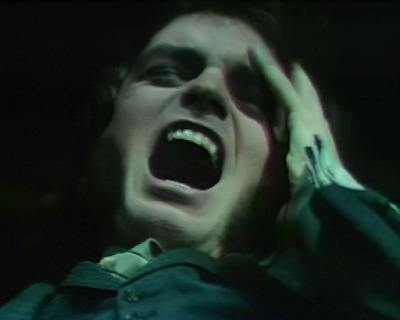 Beth hears someone approaching. Quentin asks what she's doing. She tells him to stay away. He tries to convince her that his mind has been restored. She says he won't trick her again. She backs up to the edge of the cliff. 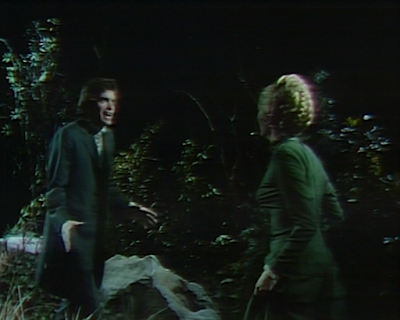 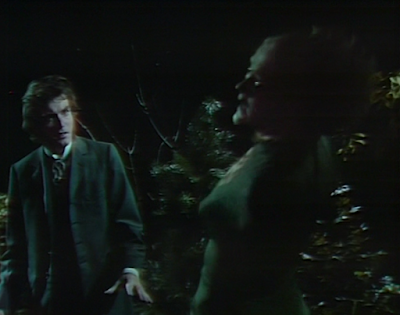 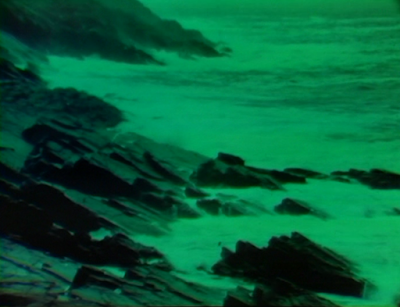 John: Beth dumps body switching and time travel on Tim in one fell swoop. She should be thankful he didn't take her directly to the sanitarium.

Christine: When good-for-nothing Tim Shaw is your only hope, you certainly are in dire straits. She would have been better off at the sanitarium than being turned over to Petofi-Q. 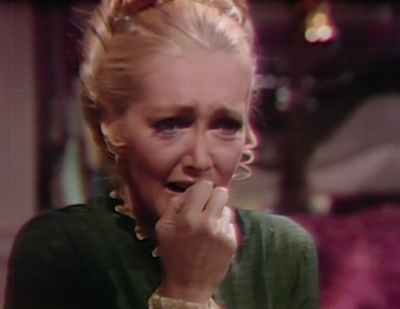 John: Pretty weak writing for Count Quentin to be able to 'think' himself back into his own body. Good thing Barnabas was there to offer up that novel suggestion. 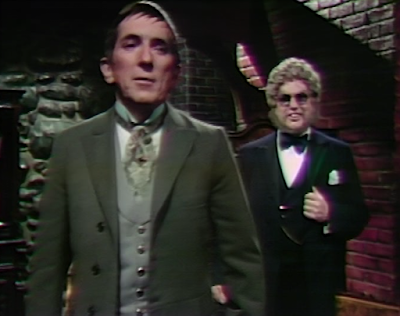 Christine: Isn't that what Richard Collier did to travel back in time? It makes sense that if Petofi could do the mind swap with the power of the Hand, then Quentin could do it too. It's not like he's a stranger to performing rituals.

John: Good to know that Quentin's music plays in his head... I have to say, if only for the confusion in writing the episode recaps, I'm glad the mind-switch storyline has come to an end. But not everything is resolved, and I am interested to see if Beth will be the latest to go over the cliff. That would be one way we might see her once we return to 1969, as a ghost under different circumstances...

Christine: Unfortunately, Petofi's been sent back to his own body with the power restored to his hand, and I imagine those fingers will be twitching their way towards Beth, Quentin, and Barnabas. I wonder if this means the wedding between Angelique and Quentin will be back on, especially if Beth takes a tumble over the cliff.

A great way to end the week...with a literal cliff-hanger!