Charity arrives at Tate's studio and goes inside, where she finds Petofi in a trance. She fears he'll kill her if he comes to. She goes to untie his tie, and he grabs her hands and asks why she's there. He tells her that she's interfered with his plans once too often, and this time she'll be sorry for it. She points out that she woke him from his trance, so Quentin will be able to get away. He puts his hand on her face. She mentions that Barnabas and Angelique helped. 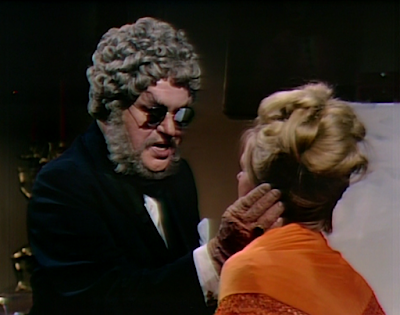 He says he can get Quentin using her as bait. Petofi takes off his glasses and closes his eyes. She grabs them, and he opens his eyes, demanding she return them. She runs into the hands of Charles Tate. He drags her back in and Petofi gets his glasses back. He tells Tate to tie Charity up. She begs Tate not to listen to him. Petofi tells Tate to bring a message to Quentin, saying that if he doesn't arrive within 30 minutes, she will die. 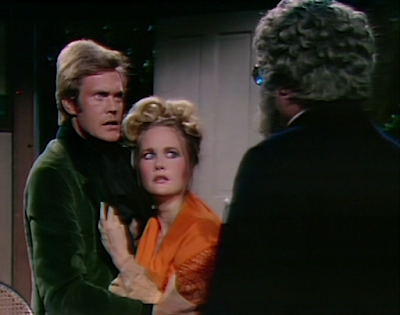 In the woods, Tate hears chains rattling. He thinks it's Blackwood tracking someone.

Tate arrives at Collinwood. Barnabas says they have something to talk about. He says he is convinced Tate has Quentin's portrait. He denies it once again, but Barnabas doesn't believe him. Tate tells him that Charity is at her studio being held hostage by Petofi. If Quentin is not there within the hour, Charity will die. Barnabas says that Quentin isn't available, as he has left Collinsport. Barnabas says he's going to see Petofi. Tate follows him. 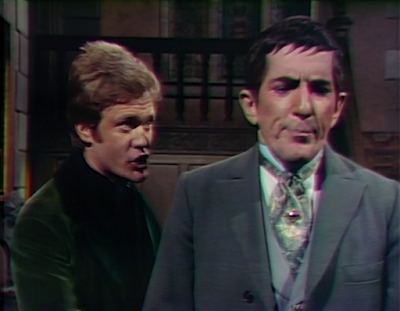 Petofi checks his watch and tells Charity there's not much time left. Petofi suggests that Quentin outsmarted her. She says she doesn't care as long as Quentin gets away from him. Barnabas arrives at Tate's studio and Petofi lets him in. Barnabas explains that Quentin is gone, and asks him to deal with him and let Charity go. 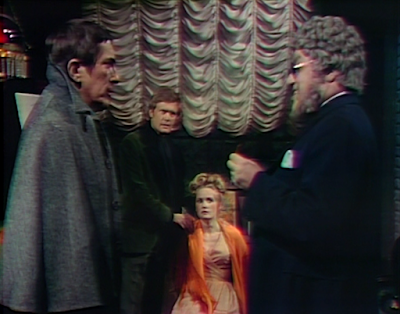 Petofi agrees that Barnabas is the one he must keep. He tells Tate to untie Charity. Petofi says he was focused on Quentin's body as he knew it would exist in the future. He says that he will meet Quentin again in 1969 when he arrives in Barnabas' body. He says he will start by putting Barnabas to sleep. Barnabas says he can't do it, and Petofi says he has no hope as he places his withered hand on Barnabas' forehead. 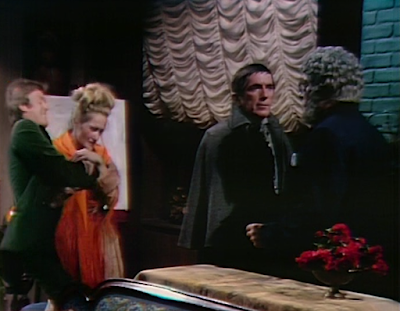 Charity tells Petofi that he'll pay. He says all he needs to do is claim Barnabas' body. He sits down next to a prone Barnabas, and Charity begs Tate to help him. Right then, Blackwood arrives. Tate runs out. 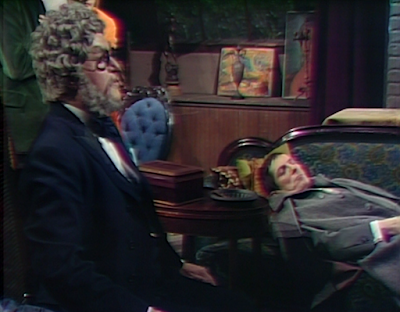 Charity asks if he's the police, and when he says he's the master of Dartmoor. She points to Petofi and says he must stop him from what he is doing. Blackwood handcuffs Petofi and arrests him. He then slaps him in attempt to wake him. He wakes to realize his hands are cuffed. Barnabas sits up and asks what happened. 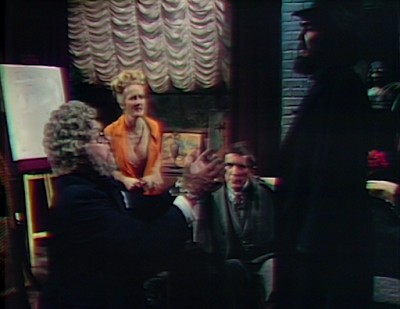 Blackwood asks if he testifies for or against Petofi. Barnabas says he's guilty. Blackwood says that Petofi must die. Petofi reminds him that he helped him get Aristede. He tells Blackwood to set him free. Charity tells him not to listen to him. Barnabas points out that with Aristede, Petofi committed every conceivable crime together. Blackwood sends them away and says it's enough for him to carry out the sentence. Once they're gone, Blackwood prepares to burn down Tate's studio. He lights one of the paintings on fire. Petofi screams, "No!" 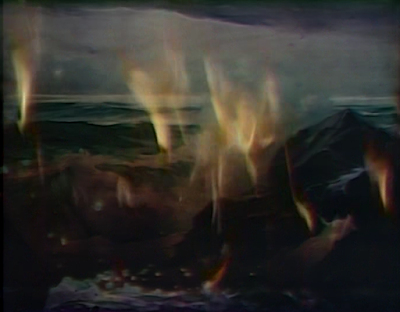 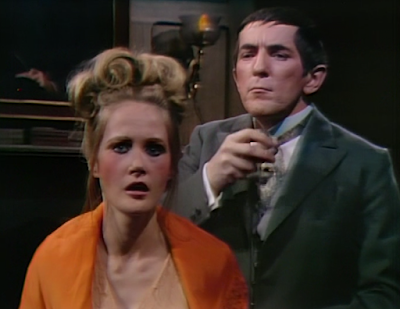 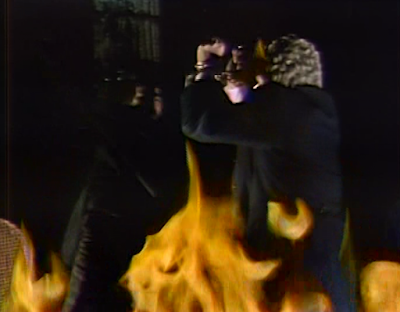 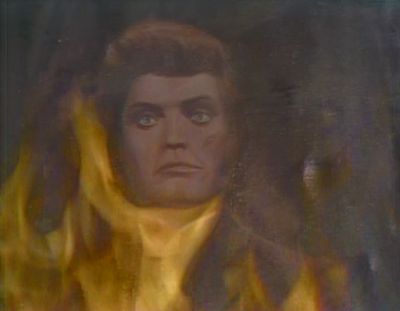 John: When Charity swiped Petofi's glasses I thought we were about to witness his undoing at the hands of a woman, but then they ran her into Tate's arms and we were right back where we started. Seems like a real missed opportunity to have Petofi taken out by someone he underestimated.

Christine: That would have been a nice comeuppance.

John: Blackwood is an interesting duck. Unlike Tate's other creations, he was someone who existed before he was drawn. Will he be consumed in the flames with Petofi and Quentin's portrait? Or will he live on as yet another restless spirit roaming the grounds of Collinwood for years to come?

Christine: I'd like to think that he will expire once his sketch burns up along with the rest of Tate's works.

John: Sure, burning Quentin's portrait may mean he travels to the future as a werewolf, but more importantly, who rebuilds Tate's studio for Sam Evans to live in?

Christine: I think that Sam Evans must have been the reincarnation of Charles Tate and was responsible for rebuilding his studio, as well as repainting that seascape that Blackwood set on fire.