Magda sits at Jenny's grave, telling her sister that come the morning, her death will be avenged. Sandor helps her up. He says they must make plans to leave after tonight, as once the curse is in effect, their lives will be in danger. She explains that they will be safe, but the Collins family will be in danger. She says she wants to watch them all be destroyed one by one. 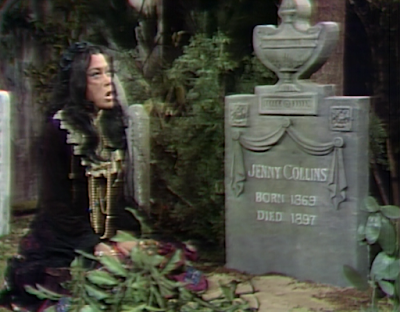 Judith calls Beth into the drawing room. She gives her a letter and tells her that she's been terminated. She says it includes two week's severance. Beth asks why she is being dismissed, and Judith explains that now that Jenny's gone, her services are no longer required. Beth asks about Jenny's children. Judith says they'll remain in Collinsport with Mrs. Fillmore. Beth brings up Quentin, and Judith says he must never know about the children. Beth says she thinks he should know about them. Judith says her infatuation with her brother has not gone unnoticed. Beth leaves in a huff. 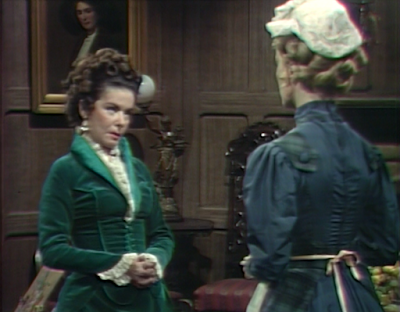 Quentin returns to Collinwood and Judith asks where he has been. He says he carried out his end of the bargain. He explains that she'll be rid of all of them by nightfall. There's a knock at the door, and it's Magda. She says she's there to pick up her sister's possessions. Judith tells her that she'll have Beth pack them up, and also tells her that she should pack up in order to be gone by nightfall. 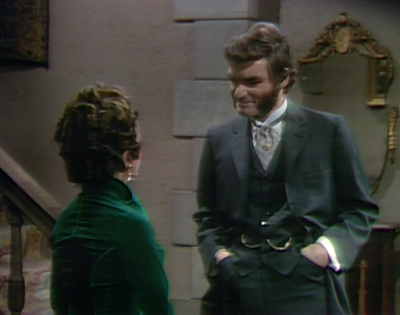 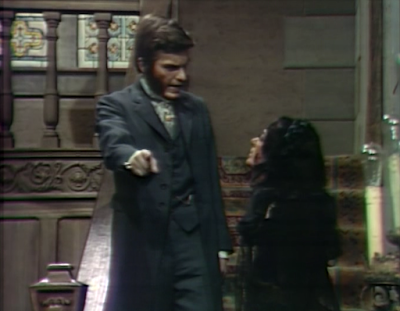 Magda leaves, and Judith calls Quentin a liar. She demands that he return the money, and he says he's keeping it so he can leave. 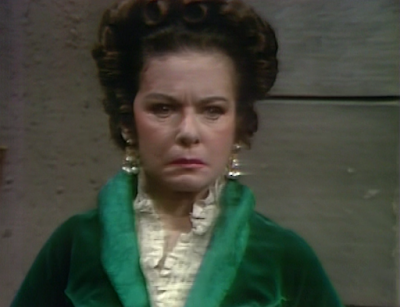 Beth comes downstairs with Jenny's dolls in her arms. She places them  in a suitcase with Jenny's other belongings. Quentin appears and tells her to pack her things, as they're leaving Collinwood tonight. He asks if she's changed her mind, and she says she doesn't know. 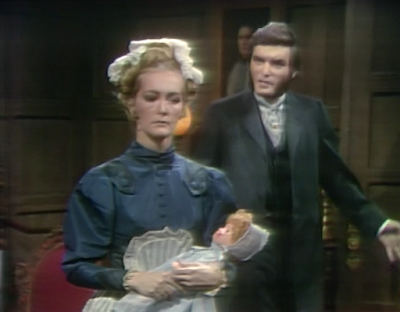 He says he has to leave, and says he wants her to go with him. Beth explains that Judith fired her, and Quentin says that there's no reason for her not to join him. He asks her if she has some reason to stay. She says she doesn't. He asks if she'll join him, and she says she'll let him know later that afternoon. 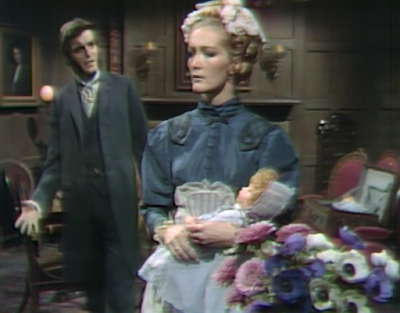 There's a knock at the door, and it's Sandor to pick up Jenny's things. Beth closes the suitcase. Quentin asks Beth to excuse them. Quentin says he's willing to make Sandor a new proposition. He says he offered he and Magda $10,000, and now he's offering it to Sandor alone. He says that Magda need never know about it. 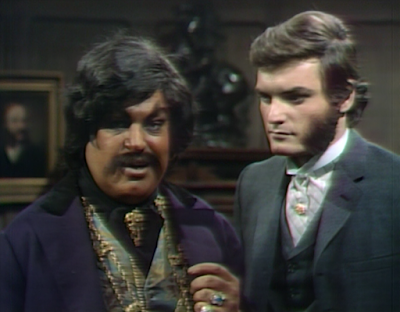 Sandor asks what he wants in return. Quentin asks him to remove her curse. Sandor says he wouldn't know how. Sandor says he would do almost anything for the money, except betray Magda. Quentin offers him money to tell him what the curse is. When Sandor refuses, Quentin suggests that there is no curse.  Sandor tells him that in a few precious hours, he'll know what the curse is, and he leaves. 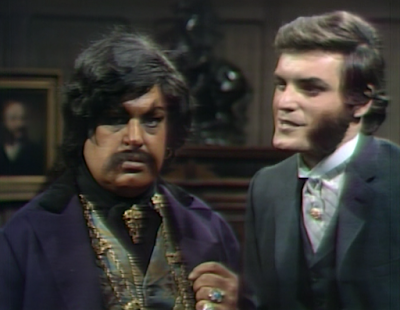 Magda stands over Jenny's grave when Sandor joins her. She says the moon will rise shortly, and then it will be time.

Beth is in her room, packing, when Quentin arrives. He asks if she's decided to come with him, and she says yes. She then asks why he wants her to join him, and he tells her that he loves her. She says she's had a lot of time to think about him, and she says they need to be honest with each other. 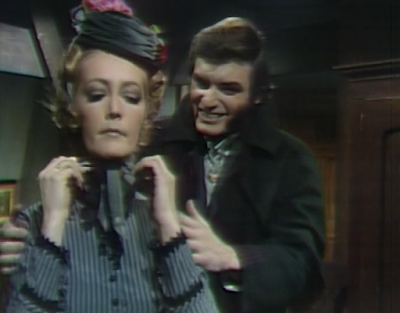 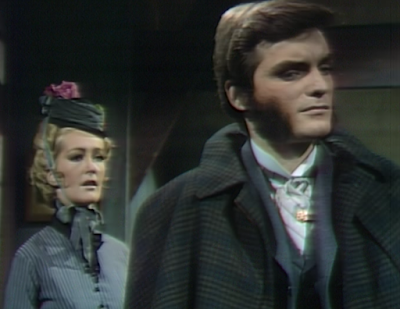 Magda and Sandor are in the cemetery when the moon rises. She tells Sandor that it is time. She performs a ritual to finalize the curse on Quentin and all of the men of his lineage... 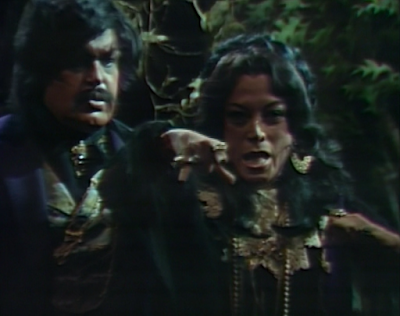 Quentin tells her that they don't have time. He suddenly appears to be in pain. She asks him what's wrong. He tells her to get a doctor before it's too late. He falls to the ground, writhing in pain. 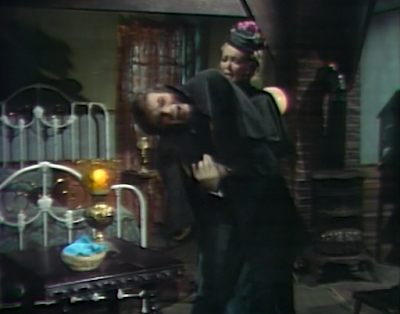 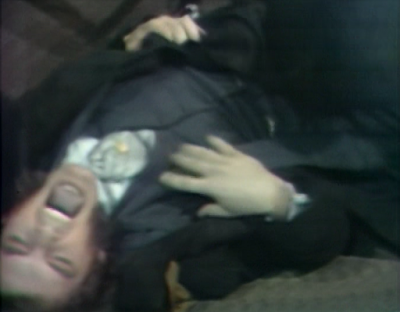 We hear the sound of a wolf in Collinwood. 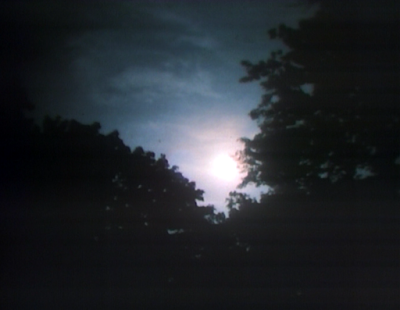 John: Again, full credit to the Collinsport department of burial and engraving. Not only is Jenny's grave sufficiently aged, she's already got a carved tombstone just days after death. Now that's efficiency! 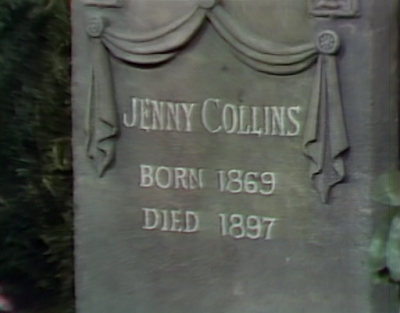 Christine: It certainly is impressive! Like Beth, I don't understand why Edward and Judith would keep Quentin's children a secret from him.

John: Magda's curse extends far beyond Quentin - to all his male heirs. I guess now we can assume that at least one of those babies in Collinsport is a boy, and is destined for burial between the main house and the old house!

Christine: Can we also assume that Chris Jennings is related to Quentin?

John: Really? We get to Friday's cliffhanger and don't even get a full werewolf transformation scene? Shame on you!

Christine: I guess they couldn't get Alex Stevens today. At least it gives you something to look forward to on Monday. I wonder who Quentin will tear into his first time out as the Wolfman. 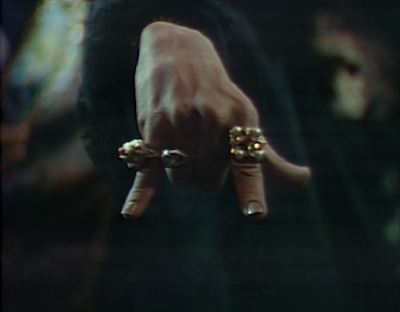 I can certainly understand why the family doesn't want Quentin to know about his children. After all, he's not exactly father of the year material!