Barnabas asks Judith to let Jenny stay with him for a while. She says there's no reason for him to try to correct her brother's mistake. Jenny comes downstairs and hears them speak of her. She screams, and says Barnabas is dead, and that she saw him in the coffin. Barnabas tells her she knows that's not true. She runs out of the house, and Barnabas goes after her. 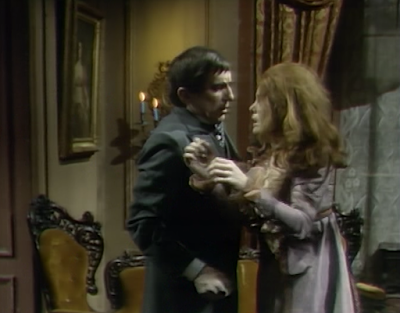 Jenny returns to the main house, steps inside and sees Beth, and then turns and runs out the front door. Barnabas and Judith arrive to find the front door open and no one in sight. Judith asks Beth if she's seen Jenny. She explains that she just came downstairs, and has not. Judith tells her to get Dirk and search for Jenny. Judith asks Barnabas about what Jenny said about there being a coffin in the basement. She says everything Jenny says is based on fact. Barnabas brings up Jenny's children, and Judith denies that's true, contrary to what she just told Barnabas. Judith laments the fact that Barnabas has gotten caught up in their family issues. Barnabas tells her they should focus on finding Jenny. 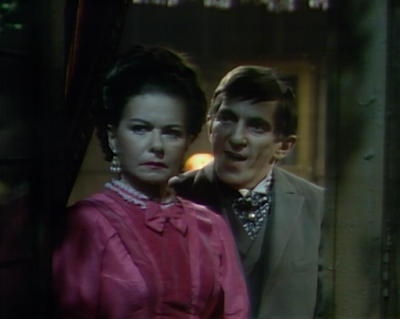 Jenny comes into the house and goes upstairs to find Quentin. She hears Beth call her name, and she hides. Beth searches various rooms for her, but cannot find her.

In the drawing room, Quentin sips a drink when Beth arrives. She tells him that Jenny is in the house. He asks if they've hid her in some new place. Beth says Jenny escaped, and she's after him. He tells Beth she should have let him kill Jenny. She tells him he should leave the house. He asks if that will make him safe, or Jenny. She says they'll both be safe. He says he wants to get it over with, no matter what happens. Beth begs him to go for her sake, if not his own. He asks her where she would like him to go. They kiss as Barnabas enters. 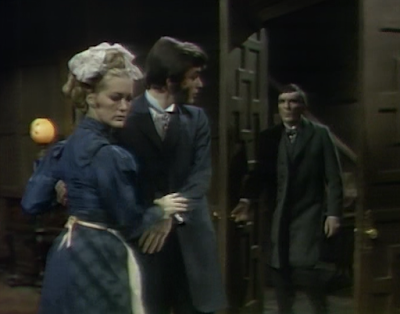 He says he was just leaving. Quentin congratulates Judith and Barnabas for Jenny being free. He says that if he is ever a prisoner, he hopes they will be his jailers. Judith says she needs his help. She reminds Beth that her work isn't done, and Beth resumes her search for Jenny. Barnabas says that if Jenny knows where Quentin is, they'll be able to catch her. Barnabas says that they'll be in the drawing room, and Quentin will play his theme on the gramophone. Judith says Jenny will hear the music and come to them. Quentin says that he would like to hear Barnabas' story while the music plays, including why he locked her up. Quentin asks Judith if she's going to stay with them, and she leaves to go upstairs. Quentin starts the gramophone, and sits with his back to the door. 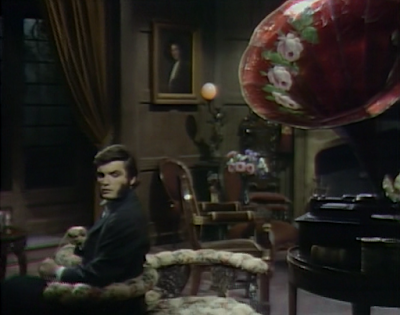 Jenny hears the music and is drawn to it.

Quentin waits with a rope in his hands, ready to strangle Jenny if she appears. The music ends. Barnabas says it has been half an hour. Quentin asks if he's growing tired of the music, and he tells him that he is. Judith comes downstairs and they decide to split up and search for Jenny. Beth and Quentin go upstairs. Barnabas asks about Laura, who Judith says is at the cottage. They go to check on her. 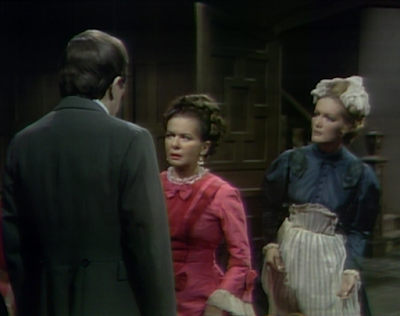 Jenny goes into Beth's room. She hears Beth and Quentin outside. She picks up a knife and hides in the shadows. Beth and Quentin enter the room. He tells Beth that Jenny will be found. Beth says she doesn't want Jenny to come back, as she doesn't want him to have a wife, and she's ashamed of that. Jenny listens to them as Quentin professes his love for Beth. He kisses her, and Jenny steps out of the shadows, knife raised to strike. 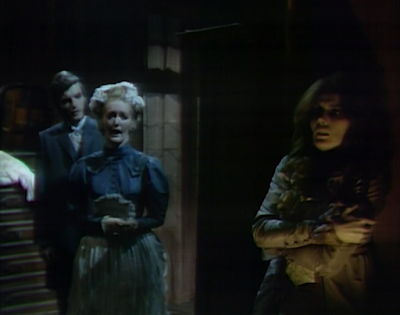 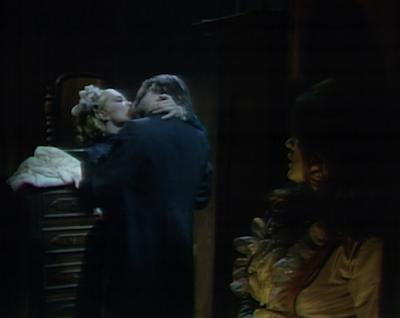 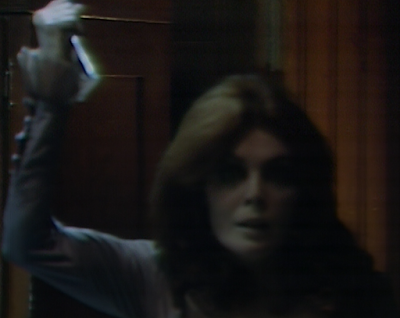 John: I'm a tad disappointed that Judith didn't ask to see the basement of the old house, to prove there's no coffin there. Of course Barnabas turned the tables on her 'everything Jenny says is based on fact' when he asks about Jenny's children. Though it sure seems like there must be some factual basis for Jenny's claims of having children...

Christine: If so, where could they possibly be? Are they dead, or being fostered by someone somewhere in the village? Was she giving birth while Quentin was running around Egypt with Laura?

John: First they want Quentin to leave the house, then act as bait for Jenny, and they finally end up sending him to search for Jenny with Beth, basically making him bait without protection. I'm not sure why Barnabas and Judith would think that checking on Laura would be a priority. Frankly, if Jenny took her out, she'd be doing them all a favor.

Christine: It's a wonder it hasn't occurred to Quentin to use her in such a way already.

John: Tough way for Jenny to find out about Beth and Quentin's 'relationship'! I wonder if audiences thought they were about to find out how the ghosts of Quentin and Beth came to reside in the West Wing... but I'm not falling for it. I'm holding out for Magda's curse to be placed on Quentin after he harms her sister.

Christine: I can't help wondering where Carl has been all this time. I hope he returns soon to have an anxiety attack over all the excitement. 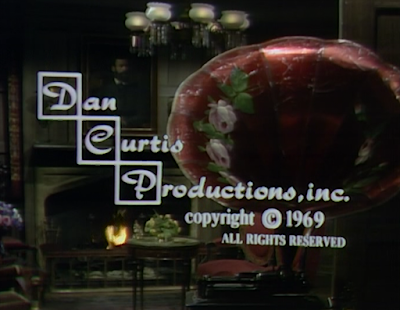