Gerard tells Kendrick they are standing over an unorthodox grave, and tells him they must start digging.

Standing over the open grave, Gerard tells Kendrick he's sorry. Kendrick says he knew his sister was dead, though he didn't want to believe it. He wonders who could have done it to her. 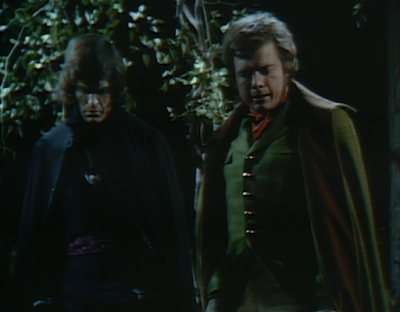 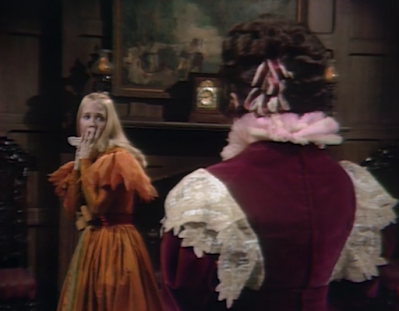 There's a knock on the door and Flora goes to answer it. It's Gerard and Kendrick. She invites them in for a few moments. Kendrick says hello to Melanie. Flora asks what they want. Kendrick tells them that his sister is dead. Flora asks if there's anything she can do. He says he'd like to ask her a few questions. She asks Melanie to go upstairs, and he tells her that he'd like her to stay as well. Melanie tells her mother she'll be alright. They retire into the drawing room. Kendrick asks her to tell them the truth. She is offended that he implies she has lied to him. Gerard says that they found Stella's grave on the estate. Melanie cries. Kendrick apologizes for upsetting her. He says he hopes that her mother and aunt had nothing to do with his sister's death, but it's hard for him to believe. He tells her that she's the only one he can believe. He asks her to confirm that her mother's story is true, and no one saw Stella after she left without a word two weeks ago, he will believe her. She tells him that it's true. He thanks her. He apologizes to Flora for disturbing her. She asks where they are going, and he says they are going to the police. They leave, and Melanie starts crying. Flora tells her not to make a sound. She wonders how they found the body, and says she must get Julia. Melanie says she's not really her daughter, so the family name won't be soiled. She says she's got to tell the truth and starts to run out, but runs into Quentin's arm. He asks what's going on, and she tells him that she killed Stella. 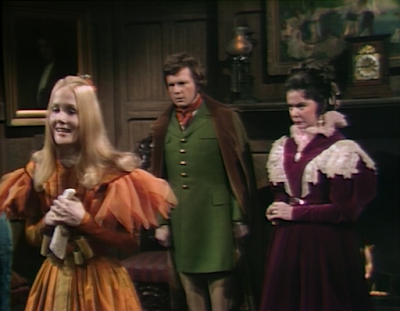 Quentin asks Flora why no one involved him to handle the situation with Stella. He wonders where to begin. Flora says the police will be there soon. He suggests that maybe it's time to tell the truth. Flora agrees, but says not about Melanie. She doesn't want her to be blamed for it. She says that she'll tell the police that she murdered Stella. He says they were going to try and stick to the truth. He says they just need to do so without anyone really knowing what happened. 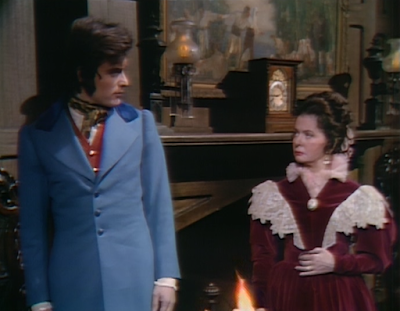 Melanie is crying over the open grave where Stella was buried. Gerard watches her from the shadows. He steps out of the shadows and startles Melanie. She asks who he is and what he wants. He introduces himself, and says he was with Kendrick at the house. She asks what he's doing, and he says he was watching over the grave while Kendrick went to get the police. He says the police will be very interested in hearing about her involvement with Stella. She runs off.

Quentin tells his mother that all of their troubles begin and end with the locked room. He says there has got to be a way to escape it. He says they have to find out what Brutus did to create the evil in that room. He goes digging for Brutus' letter. Melanie returns and grabs the letter from him. She growls he got so much less than what he deserved. She says that every Collins until the end of time will learn, and then laughs hysterically. Flora tells Quentin that she isn't Melanie now; that she's someone else. He asks her if she knows who Brutus Collins is. She refuses. She tries to run off but he grabs her and asks who she is. She says she'll never tell him, and then snaps out of her trance. She asks him if it happened again. 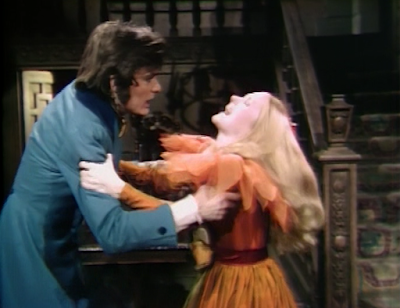 Kendrick tells Gerard that he finds it impossible to believe the police couldn't find a single clue. He says if he had found her two days earlier, she would have been alive. He says it means Stella was still in Collinwood when they told her she was not. He wonders what the secret of Collinwood is. He asks Gerard to help him discover the secret of the house. Gerard says he'll be happy to.

Quentin says there's no doubt Melanie was someone close to Brutus Collins. He says the curse started with Brutus, and it can end with him. He tells Flora to get Melanie, and they'll have a talk with Brutus. 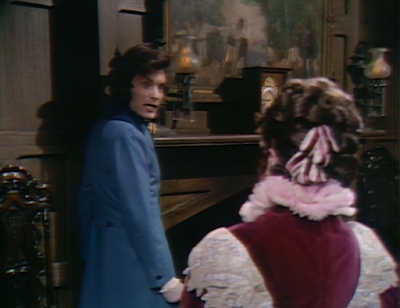 Quentin tells Melanie that she's going to help them. He says the love and will protect her. She agrees to help. They sit down around the table and begin a seance. Quentin calls upon Brutus' spirit. Melanie moans, and says, "Lottery now or all will die. Plague. Die. Plague. Die! PLAGUE! DIE! PLAGUE!" 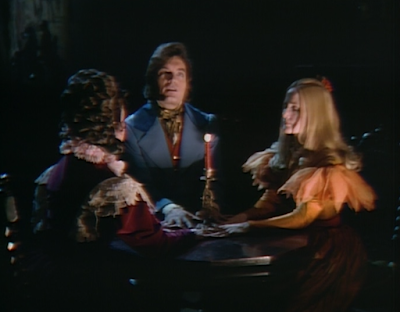 John: I was surprised when Quentin suggested telling the truth, only to then clarify that while he means telling the truth, he doesn't mean telling the whole truth, and nothing but the truth...
Christine: He is a Collins, after all. Do you think it's possible that Melanie is not responsible for Stella's death, and we are being led astray?
John: How did Melanie know where Stella's grave was? Did Kendrick and Gerard put up signs on trees, like directions to a garage sale? It's not like she helped with the burial. Maybe it's supposed to be right out the front door. I guess we shouldn't assume that just because Julia and Flora have experience disposing of bodies that they do a good job of it.
Christine: I think Morgan was responsible for Stella's burial. It could be that whoever is possessing Melanie was the one who led her to the grave.
John: Break out the seance tracker — parallel time edition! Now, first things first. Wouldn't there need to be some understanding of the threat, or you would think everyone would have always blown off the notion of the lottery? And if folks are so familiar with holding seances, wouldn't you expect that they would have already tried to contact Brutus to find out why he has a thorn in his side? I'll be interested to find out more about this plague that will kill everyone if the lottery is not held, but can't believe the family doesn't already know the details.
Christine: There you go again, opening up all the plot holes! I don't think Brutus is the one with the thorn in his side, rather it seems Brutus is the one who put a thorn in someone else's side, and that someone appears to be possessing Melanie. It seems to be a recurring theme for this family in all time periods that a family member mistreats someone else and the rest of the family has to suffer the vengeance of the ill treated party for generations to come.
Dark Shadows Before I Die Séance Tracker
Episode 170/171: Dr. Peter Guthrie conducts; Carolyn, Vicki, Roger, Laura Collins participate; Josette speaks through Vicki in French; held in the drawing room at Collinwood