At dawn, Morgan goes to the room and unlocks the door. He goes inside and finds someone lying on the bed, apparently dead, and realizes that it's not Gabriel. 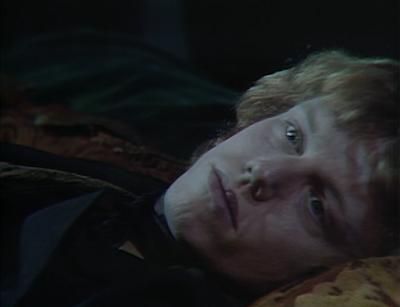 Flora appears and thinks Gabriel's dead. Morgan says it's Tim in Gabriel's clothing. Flora doesn't understand, and asks where Gabriel is. She wonders what happened to Tim. Morgan tells his mother that it's not safe to be in the room. He tells her that he'll dispose of the body. She asks if they'll have to go through the lottery again... 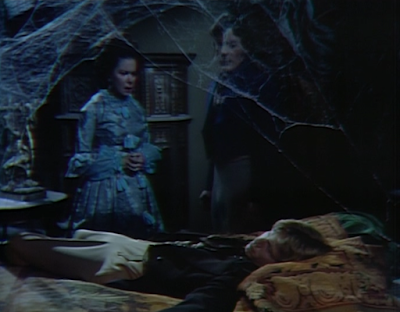 Morgan finds Melanie in the drawing room. She asks if Gabriel is dead. He says it's not Gabriel. Morgan tells Flora that he's going to get the police. Morgan tells Melanie that the body in the room was Tim Braithwaite, one of Gabriel's drinking friends. Morgan tells Flora that they can tell the truth, saying they found the body in an abandoned section of he house. They can say he came to rob the house, and had a heart attack. He hatches a plan to say that he'll tell the police he found a window open downstairs. Flora asks why Tim would do it. Morgan takes out a check for $1,000. He says that he saw Tim right before he found Gabriel in the Eagle, and says they must have just closed the deal.

Melanie starts to laugh. She says Gabriel's plan worked, reminding them that she's alive and so is Quentin. She says the spirits don't care if they get a Collins as long as they get a human sacrifice. She says that Gabriel was right. She says the Collins' turned it into a family tradition. Flora points out that she's a Collins. She says a lot of them don't treat her that way. She cries and says her father didn't have to go mad. 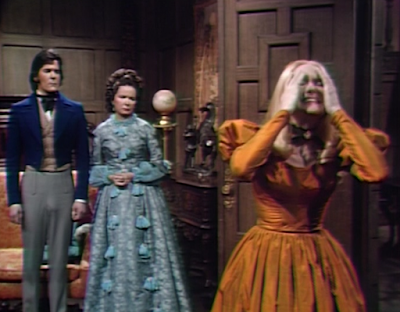 She says after six generations, Gabriel has proven that the curse wasn't just on them. Morgan tells her to stop, and slaps her. She says she knows she shouldn't have said those things, but they're all true. 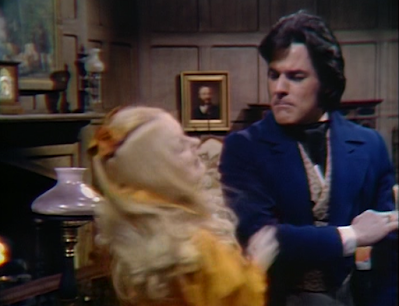 Melanie leaves, and Morgan asks if they should take Gabriel back. Flora asks if he actually thinks he'll come back. Morgan wonders how much Gabriel told Tim. Flora wonders if Tim told anyone about the deal, and if the police will question them. She decides that it's all over, and they won't have to hold another lottery for another generation.

There's a knock at the door. Morgan lets Carrie Stokes in. She says Gabriel asked her to come as soon as she could after daybreak. She explains that he saw her last night, just after dark, and told her to bring them a letter this morning. Flora takes it and goes into the drawing room. Carrie says she heard Melanie was doing better, and asks if she can go see her. Morgan sends her upstairs. He goes into the drawing room, and Flora reads the letter out loud. In it, Gabriel says he won't be back, adding that the half hour he spent in the room before Tim arrived was a hell he will never forget. He adds that he is sane, but will be haunted by the experience. Morgan says they can end the curse if they can get more details from Gabriel. He tells his mother that he and Catherine had their first disagreement last night — about having children. She says that of course they'll have children, and he points out that's what Catherine wants, but he won't agree as long as the curse exists. He says he'll find Gabriel and end the curse. He says Carrie is a psychic that they can use to find Gabriel. Flora says that Carrie didn't know she had such powers before Gerard planted the seed. 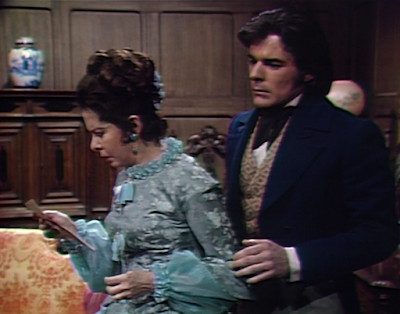 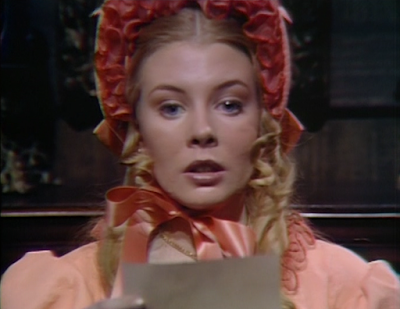 Flora says there's no rope bridge, but Morgan pulls out a painting of a rope bridge. He asks Carrie if that's the bridge, and she says it is. Morgan goes to find him. Carrie says she doesn't think Gabriel is there now. She says Gabriel will find him. 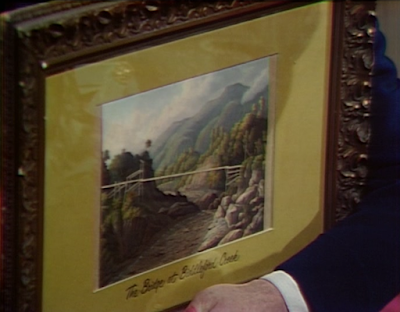 Flora and Morgan go to visit Justin's grave. Once they get to the cemetery, she tells Morgan he can go home. She goes into the crypt and sees Justin's marker lying broken on the floor. 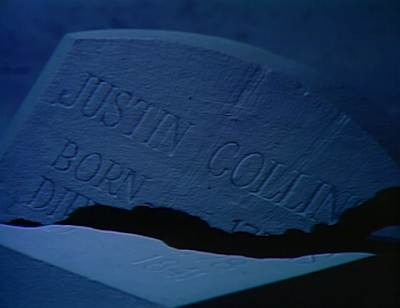 Melanie comes downstairs looking for her mother and Morgan. She goes into the drawing room and sees her father's ghost. It tells her that they won't let him rest. He says someone must go to the room. That the lottery must be held again. John: Break out the Slap tracker! Gotta give Morgan credit for slapping his (adopted) sister harder than his nemesis, Bramwell!
Christine: That's just the sort of lout that he is. He really is reprehensible.
John: How exactly did Carrie know that Melanie was doing better? Did Gabriel tell her? And was he just making an assumption that his plan would work?
Christine: Did you miss the part where they said she had psychic abilities? It's funny that yet another Braithwaite has died as a result of his interaction with the Collins family.
John: Morgan must have a short or selective memory if he thinks that the only fight he's had with Catherine is over having children. Should someone drop the name Bramwell to remind him?
Christine: So, if the spirits were so unhappy about not getting their Collins sacrifice then why did they end the plague? Perhaps Catherine will be going to spend a night in the room after all.