Kendrick waits for Melanie in the drawing room. Gabriel sneaks into the room with a knife. He approaches Kendrick and tells him that the same thing that happened to his sister is going to happen to him, too. Gabriel tells him there has to be death in the house. Kendrick tells him he's insane. Morgan hears from outside the door but can't get in because the door is locked. They grapple, with Gabriel ultimately stabbing Kendrick. Morgan gets in with a spare key, but Gabriel is nowhere to be seen. Morgan tells him it's only a flesh wound, and they'll take care of it. Kendrick says just like his sister. Catherine arrives and Morgan goes searching for Gabriel. Catherine calls to Daphne. 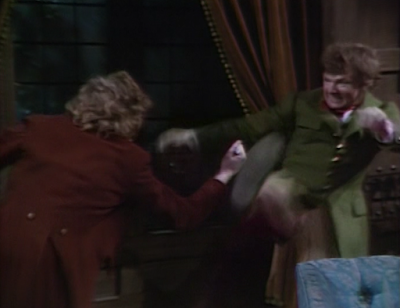 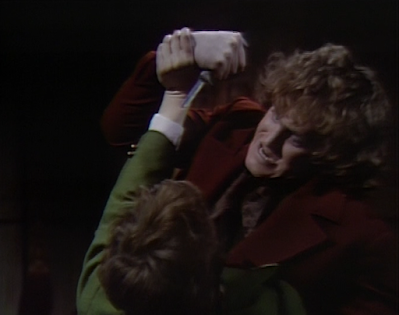 Gabriel sneaks through the secret passages in Collinwood. He goes into a room and sees a portrait of Brutus Collins. Gabriel believes Brutus is responsible for the locked room and the lottery. He tells Brutus he's going to die again, and he cuts the portrait with his knife. He then lights the remains of the painting on fire. 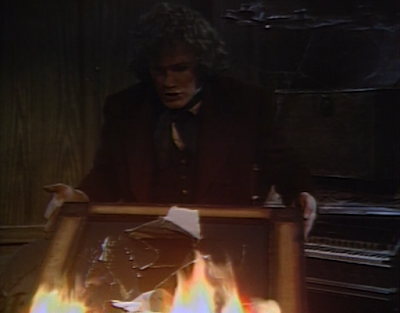 Morgan hears Gabriel laughing, and talking to Brutus. Morgan comes in and attempts to put out the fire. Gabriel leaves the room and locks the door with Morgan inside. 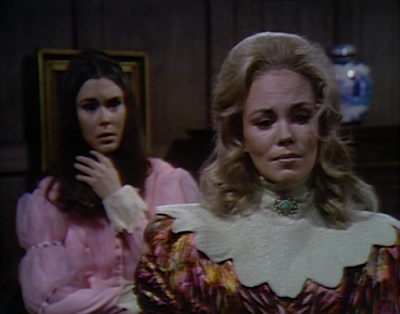 Gabriel sneaks into the drawing room with his knife. Daphne sees him and tells him to keep back. She tells him that Kendrick is going to be alright. He goes to stab her and she screams. She tells him he doesn't want to kill her. Bramwell comes in and calls Gabriel, stopping him. Daphne runs to Bramwell, and Gabriel runs out through the window. Catherine appears and asks what happened. Bramwell leaves to pursue Gabriel. Catherine asks about Morgan, and heads into the secret panel. 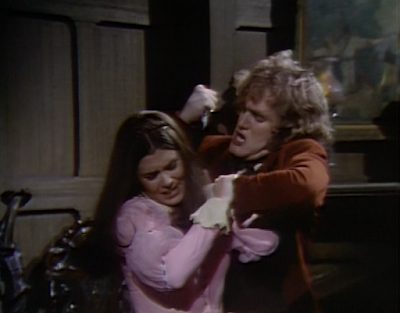 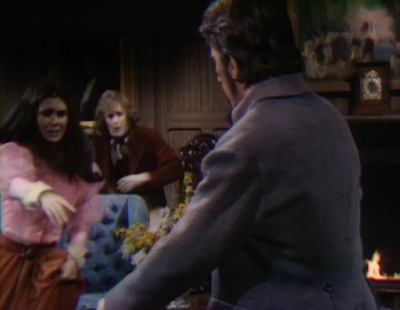 Kendrick comes downstairs and tells Daphne the sooner he leaves, the better. He tells her that when he finds Gabriel, there will be one less Collins to worry about.

Gabriel is in the woods, clutching his knife. He suddenly wonders what he's doing.

Morgan tells Catherine that he told a servant to take Daphne back to the old house. He says that tomorrow they will hold the lottery again. He says if Bramwell finds Gabriel, he'll turn him over to the police. Catherine reminds him that Gabriel was ready to burn down the house. She says the Collins' family always blames everything on the locked room. Morgan asks her what Bramwell was doing at the house, and she points out that he saved Daphne. 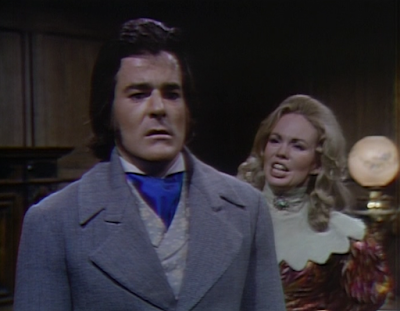 Bramwell returns to the old house alone and finds Daphne waiting for him. She thanks him for saving her. He starts to say he had to go to Collinwood, and she suggests that he was coming to see Catherine. He denies it, and asks if she believes him. She tells him she'll believe anything he says. He asks if she's in love with him. 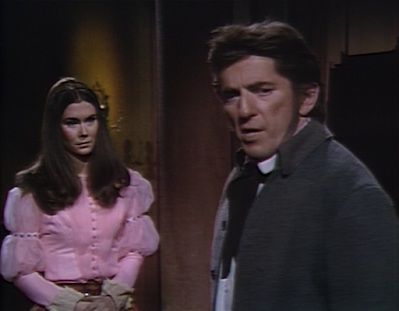 Morgan tells Catherine that Bramwell will try and use this incident for his own good. He wonders how he'll tell his mother about Gabriel.

Catherine answers a knock at the front door. It's Daphne. She says she came to tell her that she's going to marry Bramwell. Catherine runs off into the night.

Bramwell is drinking in the old house when Catherine comes to see him. He says he knew she would come. He tells her that she isn't going to stop his marriage any more than he stopped hers. 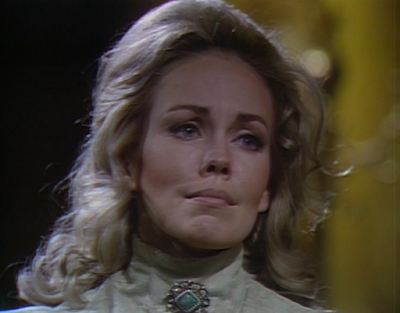 John: It seems silly that they can't find Gabriel after watching him go through the secret door. Was anyone else disappointed that Kendrick's stabbing was just a flesh wound? 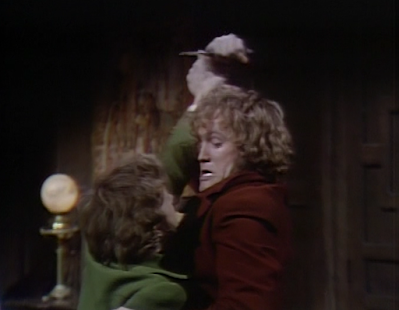 Christine: I like Kendrick, so I'm glad it was only a flesh wound. Who else can we count on to rescue sweet Melanie from the abuse and madness at Collinwood? It is an interesting parallel to Desmond and Leticia, with him receiving a wound in the same place Desmond did.
John: So, are we to understand that Brutus' room is only accessible through the secret passages in the house? I'd like to know who lit those candles. And I hope you got a good shot of that portrait, before it got cut up. Is Brutus a dead-wringer for any other clan members in our time or parallel time? 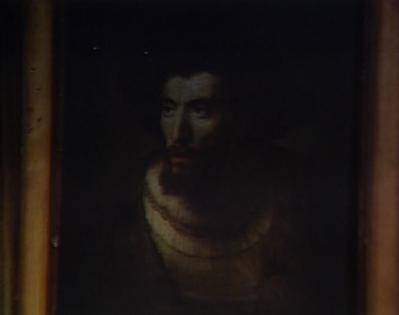 Christine: Why, I most certainly did capture the portrait of Brutus, as well as the sacrifice of yet another portrait on the show. I suppose it's too late for a portrait destruction tracker. I think that the secret passage is just a more expedient way to get to the rooms in the house that are closed off and unoccupied. The lit candles seem to suggest someone has created a shrine to Brutus, though it's possible Gabriel is the one responsible. It was interesting to hear him talk about the "thing" in the room. 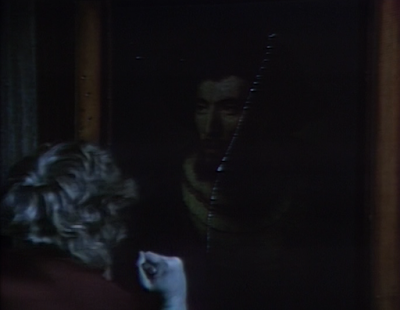 John: I guess Morgan wasn't engulfed in flames, and managed to find a way out of the locked room. I thought his father the ghost might appear to a) help him out, and b) remind him it's lottery-time!
Christine: Melanie was always Justin's favorite, so I guess he'll only rouse his spirit to communicate with her. As predicted, Bramwell knew the best way to get back at Catherine was to marry her innocent, young sister.
Posted by John Scoleri at 6:00 AM