Barnabas says he knows Angelique is responsible for Roxanne's suffering, and asks her where the doll is. He demands that she remove the pins. She asks why he wants her to live. She says if she dies they can spend eternity together forever. Angelique says her fate is in his hands. She wants him to live with her as man and wife, and if he refuses, Roxanne will die from his attack, and become as he is — a vampire. She tells him to make up his mind. He asks her to listen to reason. He asks if he can speak to Roxanne first. She says he has betrayed her in the past. She tells him to write Roxanne a letter rather than going to see her. 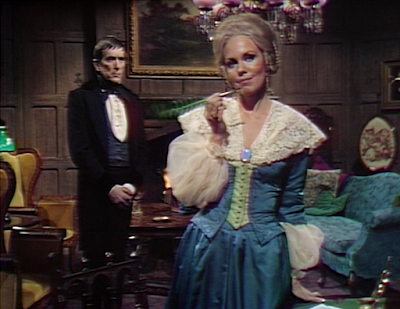 Julia has set up a Frankenstein laboratory. Leticia walks in and is impressed by what she's done. The headless body lies on an operating table. 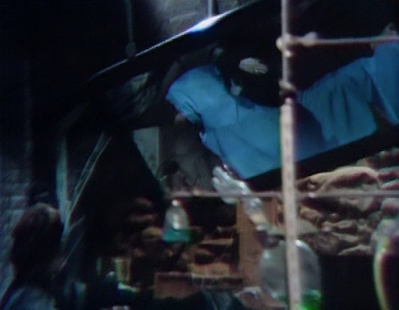 Julia turns on the machinery and Leticia is impressed. She claims Julia is a sorceress. She asks about the medical instruments, and Leticia says a nice young man will bring them to her at Rose Cottage. Julia sends her to get them, and tells her to hurry, since she has to return to Collinwood before Barnabas starts wondering where she is. 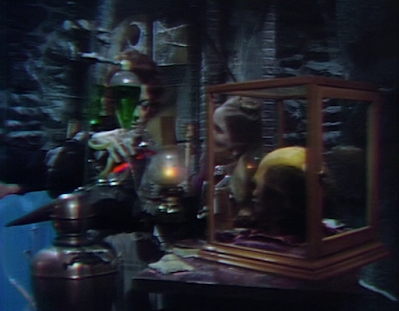 Leticia reviews the medical instruments. Gerard bursts in and asks where she has been. He tells her to spend time with Flora, who's writing a book with her as a character. She says she doesn't have time, and Gerard reminds her that Flora is their last chance. Leticia says he should go charm Flora. He asks where she's going, and she tells him she's going out. 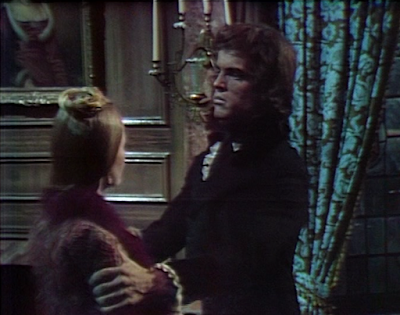 Barnabas tells Julia he must do as Angelique wishes, or Roxanne will become a vampire. He notices Julia is distracted, and she says she's not sure what to do. Barnabas says he's going to write Roxanne and tell her goodbye. Julia excuses herself to get something. She passes Angelique on her way upstairs. Angelique finds Barnabas and tells him Roxanne's bleeding will stop as soon as she received his letter. She adds that she's looking forward to living in the old house again. She goes to pack her things, and Barnabas approaches the fireplace with his note, and then stops. 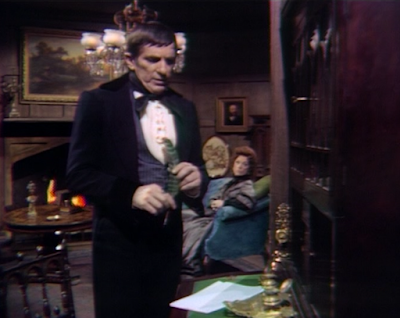 Julia comes downstairs, and Angelique tells her that she's going to the old house. Angelique asks her if they met before. She says she had the feeling that Julia knew who she was. Julia says Barnabas told her about her. Angelique says she wants her to know that she's no more Barnabas' sister than she is. She says the intriguing question is who she is, and what she is to Barnabas. Julia says she's devoted to him. On her way out, Angelique tells Julia that she is no longer welcome at the old house. 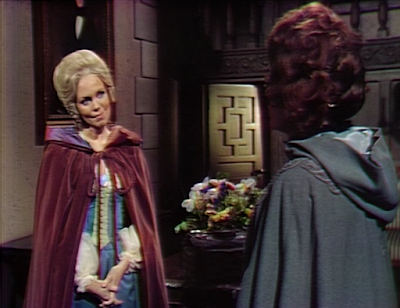 Barnabas asks Julia where she's going, and she says she's going to Rose Cottage to see Flora, and will see Roxanne on her way.

Leticia falls asleep in the makeshift laboratory. She has a vision of she and Julia working with the body of Zachery with the head attached. Julia says he has no vital signs, and tells her they failed. Leticia says he will punish them, and tells her to look into the empty head box. Julia says something is taking shape inside the box. They both look and see a mask. Leticia says the mask has powers. She says they cannot succeed without it. She says they must find it and place it upon his face. 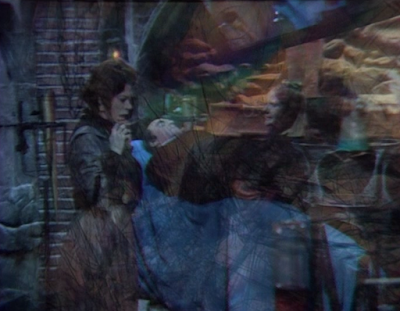 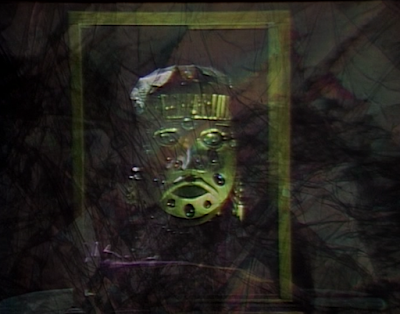 Julia tells Leticia to wake up. Leticia says if they don't find the mask, they will die. Julia asks her if she saw the mask before, and she says it was only in her dream. Julia assumes the mask was buried with the body. She says Desmond took it. Leticia says that it must be in Rose Cottage. Julia tells her to get the mask now, as there will be a lightning storm tonight needed to restore the lifeforce to the body.

Leticia searches Rose Cottage for the mask. She finds a box and picks the lock on it. Inside, she finds the bejeweled mask. She takes the box and runs into Gerard. He asks what she was doing in the room alone in the dark. He asks what's in the box, and takes it from her. He picks up the mask, and asks where she found it. 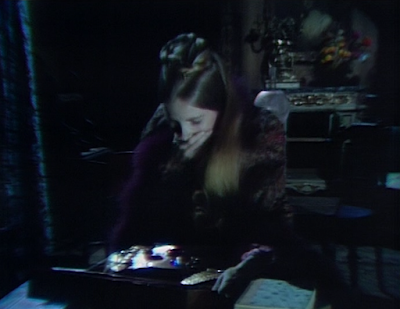 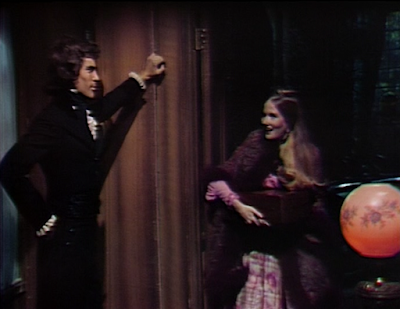 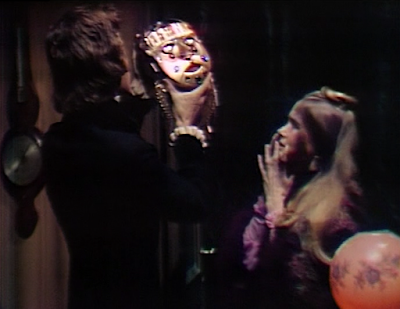 John: Angelique and Barnabas sure do seem comfortable speaking freely in Collinwood. It's amazing that everyone isn't aware that she's a witch and he's a vampire.
Christine: You'd think they'd at least go to the Old House to have those conversations where nobody is likely to walk in on them. Julia's lab is quite impressive. I am wondering how all that equipment was discreetly carried through the graveyard and installed in the secret tomb. Did Julia lug it all there or do you suppose the headless corpse was tasked with bringing the very large mirror down there? 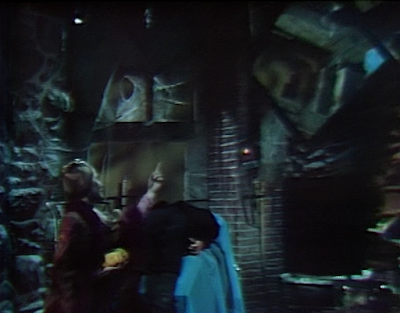 John: Do you think Julia picked up a 'Save the Clock Tower' flyer in the future that made it clear there would be a lightning storm on this particular night in 1840?
Christine: She may have, though it's more likely she did what everyone else did in those times and consulted the Farmer's Almanac.

John: This whole disembodied head storyline is a bit of a muddled mess. The head and body can't be destroyed, but now they can't be revived without the mask? If the mask needed to be with the body to give it life, it shouldn't have been able to leave the secret grave without it, right? Am I expecting too much?
Christine: I don't know if we were ever supposed to try and make sense of the goings on in this show. We have characters using a specific toss of the I Ching wands and a staircase for time travel, so now may not be the time to start expecting there be any plausibility to the storylines. Just enjoy the ride. 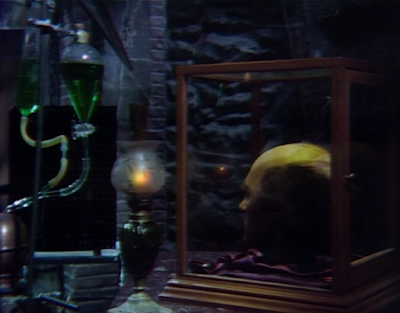