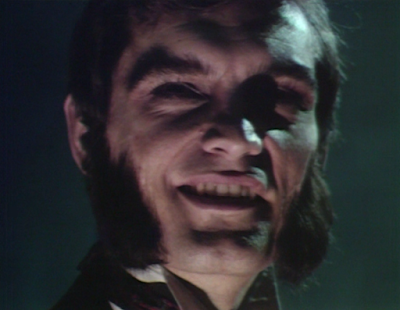 David arrives at the mausoleum and hears growling coming from the secret room. He starts to pull the lever to open the secret door. Barnabas interrupts him, asking him what he's doing. David denies doing anything. He then asks what he's doing in the mausoleum in the middle of the night. David says he was angry at Maggie and he ran away, thinking she wouldn't look for him there. Barnabas suggested all the other places he could have hid. Barnabas reminds him that he found him there once before. He says there's no place for him to hide, unless he was going to hide in the secret room. David said he heard a noise in the room, like an animal. Barnabas asks if he might have just been afraid, and didn't hear a noise at all. David admits that, and they head back to Collinwood. 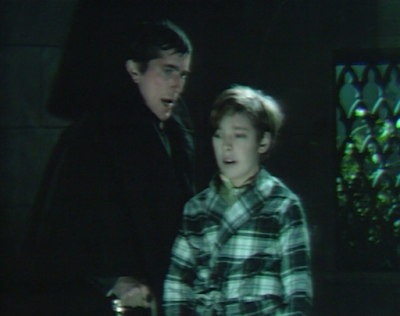 Maggie is distraught when Barnabas returns with David. Barnabas explains that he found him in the mausoleum. Maggie sends David to bed, and Maggie tells Barnabas she can't handle it. Barnabas tells her the children really need her. Maggie says David is like two different people. Barnabas asks her to describe him when the change occurs. She likens him to an empty shell. She asks Barnabas if he knows what's happening with him. He tells her that he doesn't, and asks her to be patient with David. He says David's issues have nothing to do with her. 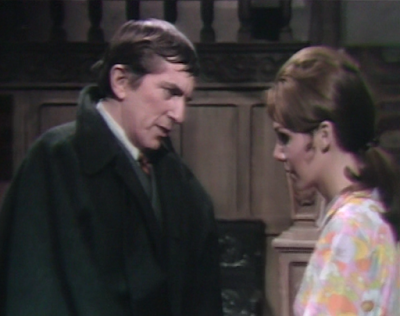 David watches out of his window as Barnabas leaves. Maggie comes into his room, and David says he's unable to sleep. He tells her he keeps having a dream that keeps him up. He asks her if dreams can hurt them, and she says they can be terribly disturbing. Maggie points out that the sun is coming up, and he hasn't had any rest. As she goes to leave, he asks her not to leave him alone. He starts to cry, and says he's afraid. She tucks him into bed and promises to stay with him. She asks him what frightens him, and he says he doesn't know how to tell her. She asks if it's someone in the house. He tells her that no one can help him. 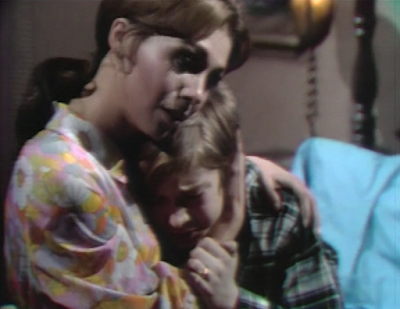 Barnabas returns to the mausoleum, and opens the secret door. Inside the secret chamber, he finds Chris, worn out but otherwise normal. Barnabas asks Chris about Ned. He says he came to Collinwood last night. Chris says he's been after him for the past two years. Barnabas asks if he knows what he is. Chris tells him he doesn't know what Ned knows. Barnabas say it seems like Ned is here about his sister, who they assume is dead. Chris says he suspected that's probably what happened. Barnabas asks if he killed her, and Chris tells him that he must have. He says she was the first person to witness his transformation, and he never saw her again after that. Barnabas assumes she must have been a victim of the werewolf. Chris says he loved her just as he loves Amy, and now Carolyn. Chris says he needs to leave Collinsport. He suggests that Ned may have been the one to poison his drink. Barnabas tells Chris he'll help him back to the cottage. 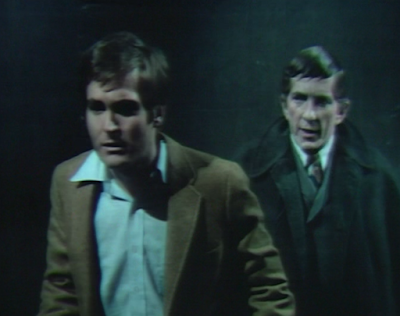 After David has fallen asleep, Maggie leaves his room. David then opens his eyes and sits up to see Quentin's ghost standing over him. He says he tried to open the secret door, but Barnabas caught him. He asks what he wanted him to let out. He asks if it was something bad, that he would be ashamed of. David tells Quentin he doesn't like it when he hurts people, and asks him to let him go. Quentin leans in towards David as he cowers under the covers. 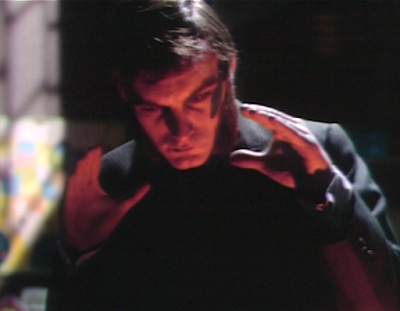 Liz comes downstairs when Barnabas arrives at Collinwood. He tells her he'd like to talk to her about David. They go into the drawing room to find the furniture tossed about. Maggie comes in and asks what happened. She says she was down earlier this morning and the room looked nothing like this. Maggie mentions that David ran away in the night, and Barnabas brought him back. Maggie says it wasn't the kids, as she saw Amy in her bed, and she stayed with David while he slept. Liz says that someone is responsible. 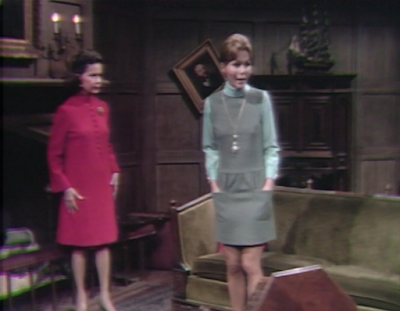 Quentin laughs, and David tells him he doesn't want to play games. He adds that he doesn't want to be alone with him any more. Quentin reaches out and touches his arm, which David says feels like it's on fire. Outside his room, Maggie hears David scream and a man laugh. When she goes into his room, she finds him alone, lying on the floor. 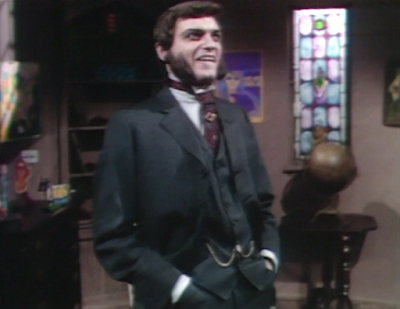 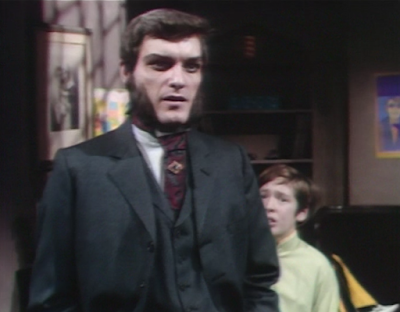 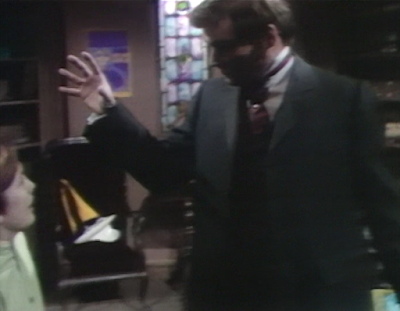 John: Barnabas catches David red-handed in the mausoleum. I'd sure like to see him explain this to his father. It's worth noting that despite his growling, Chris didn't rip up his clothes or knock over the coffin in the mausoleum this time. Maybe the wolfman is finally chilling out.

Christine: We have yet to understand why he's undergoing a transformation when the moon is not full.

John: So it seems pretty obvious that Ned's sister is not dead, and they're just waiting for the opportunity to surprise viewers with a shocking reveal. Sadly, the writers have been so heavy handed about not saying that she's dead, that it seems inevitable that she mustn't be.

Christine: If her introduction is true to soap opera form, she'll show up just as Chris and Carolyn are about to be married.

John: Was today the first time we've actually heard Quentin? If only a laugh, it's still a very significant milestone. I look forward to finding out more about his backstory to better understand why he's such a nasty ghost. If he were just the subject of a werewolf curse, you'd expect him to be more sympathetic, like Chris.

Christine: His behavior with David today was particularly frightening, especially with the red lighting that made him appear devilish. I'm wondering why we are suddenly hearing him laugh when his laughter has been silent up until now. 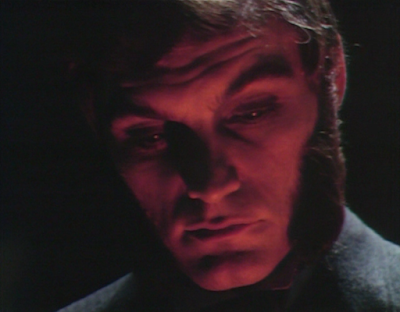 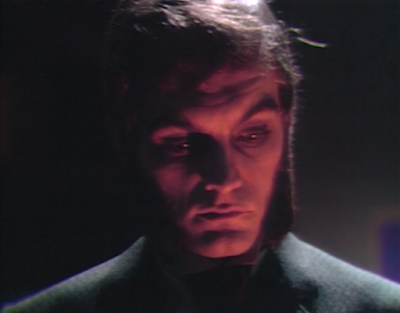